There are very few hard and fast rules when it comes to the markets.

Nothing works all the time.

These things happen because humans control the financial markets and humans can be erratic at times.

The way I see it there are really only two constants in the markets: risk and cycles.

Risk has to exist because without it there would be no reward.

And nothing is more dependable than cycles because market psychology, fundamentals, risk appetite and investor emotions are constantly changing. Strategies, asset classes and securities go in and out of style in part because the pendulum always swings back and forth between fear and greed but also because the future is unknowable.

For the better part of the 2010s it felt as if technology stocks were untouchable. They were growing like crazy. Everyone was using their products on a daily basis. The performance for many of these companies was off the charts.

Then Covid hit and it felt like the rich only got richer.

The pandemic sped up technological adoption and it seemed like there was no way these companies could lose ever again. They would only become bigger and more powerful.

And yet, the majority the behemoth tech names, save for Apple, have been getting crushed: 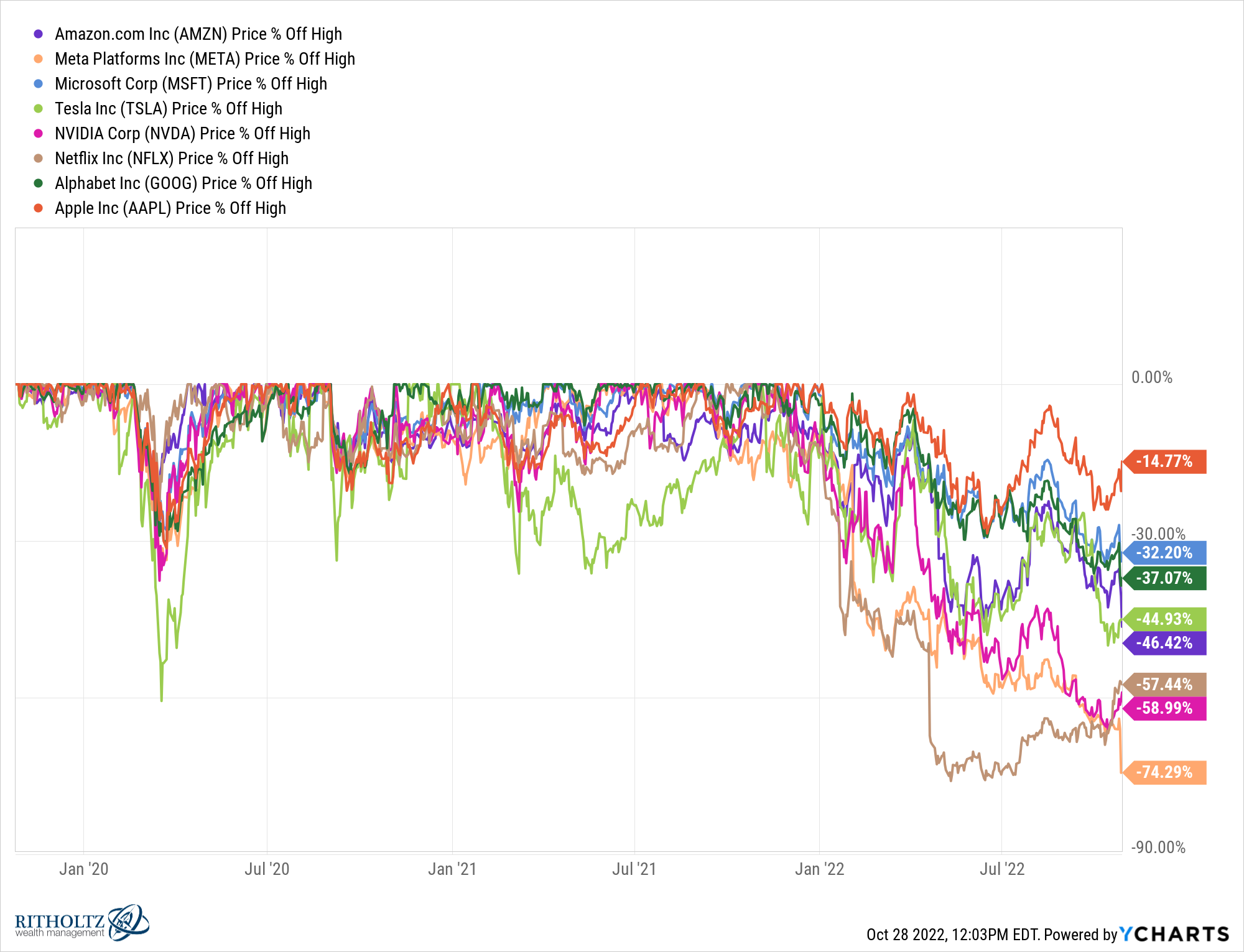 Trillions of dollars in market cap have evaporated from these stocks. Nothing fails quite like success in the stock market.

All it took was the highest inflation readings in 40 years and rapidly increasing interest rates.

The hard part is no one could have predicted what the cause was going to be. It’s easy to dunk on magazine indicators like this one from 2019: 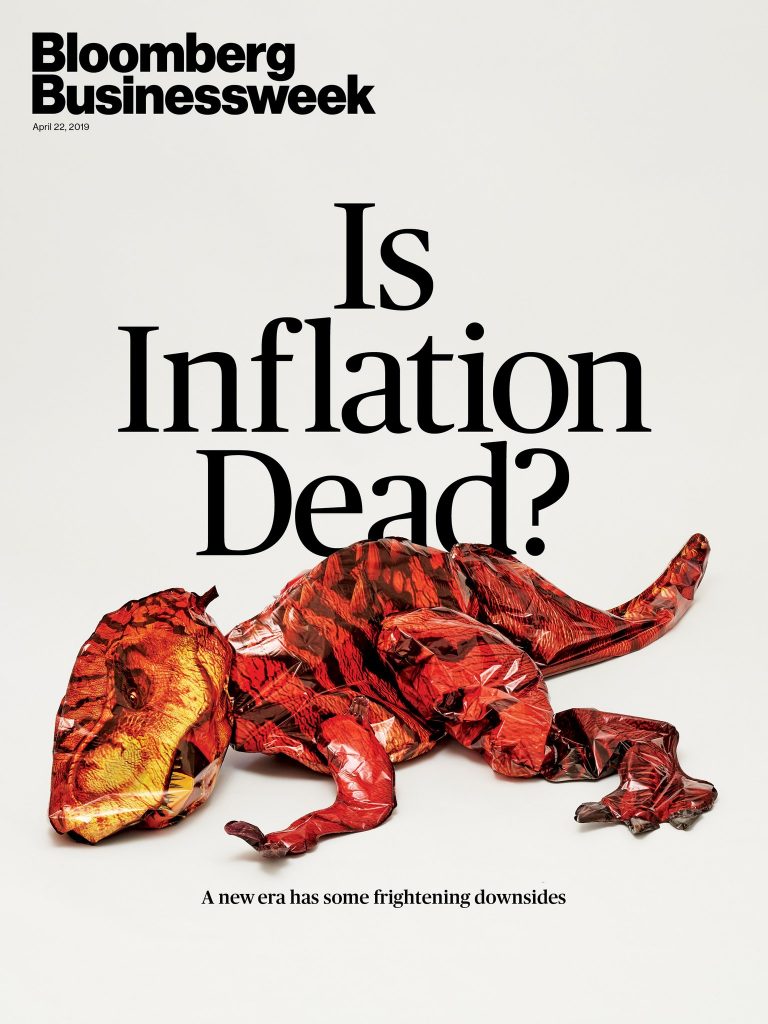 At the time it did feel like inflation was dead! The Fed kept interest rates at 0% for more than 6 years and we didn’t even get a whiff of inflation in the 2010s.

All it took was a pandemic, a global supply chain crunch and trillions of dollars in spending from governments around the globe.

But that’s the thing with cycles — predicting a regime shift ahead of time requires being right on both the timing and the reasoning. No one was predicting the worst pandemic since 1918 back in 2019 but that’s what changed everything.

One of the reasons cycles are so difficult to predict is because people in the finance industry love to proclaim the death of things. The most famous example is The Death of Equities cover story from BusinessWeek in 1979. 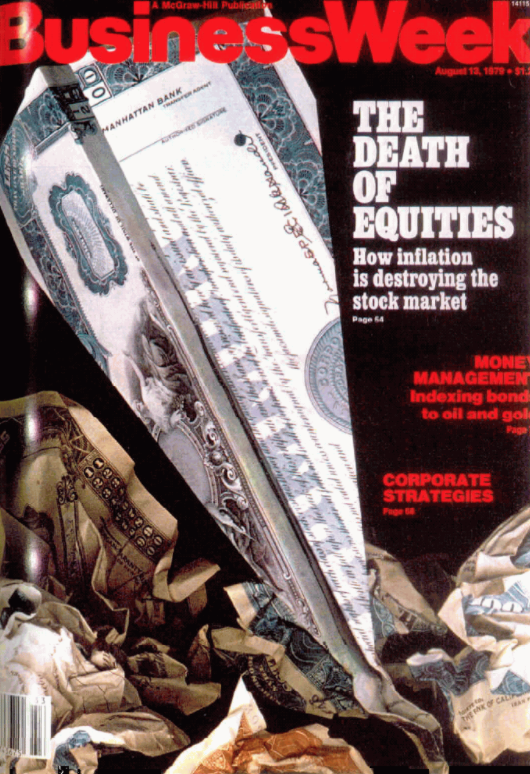 Ironically, back then inflation was the biggest problem for the stock market. Inflation has been dormant for much of this century just like stocks in the 1970s. See how everything comes full circle?

This magazine cover didn’t nail the bottom in the stock market exactly since there were two sizable corrections in the early-1980s but it was pretty darn close. The next two decades would usher in one of the greatest bull markets of all-time.

There is a big difference between death and dormant.

For years investors and pundits alike were predicting the death of the 60/40 portfolio:

The 60/40 portfolio was lights out for more than a decade. Then this year happened in what has been one of the worst years ever for a 60/40 portfolio.

Does that mean these people were right all along and just early? Or do they just not understand how cyclical investing strategies are?

Trust me, the 60/40 portfolio is not dead because it had one bad year. That’s not how this works.1

This same line of thinking has been applied to the 4% rule for portfolio withdrawals in recent years because bond yields were so low.

Bond yields are now somewhere in the 4-6% range. The 4% rule has come back from the dead.

Or maybe it was never dead to begin with and this stuff is all just cyclical.

Listen, markets do change and evolve over time. Investment strategies that once worked in the past can get arbitraged away once the smart money discovers them. Size is the enemy of outperformance.

The point here is that no single strategy works always and forever.

Investors go back and forth between fear and greed, speculation and conservatism, and patience and panic.

In 2021, Robinhood’s trading platform went down because too many people were speculating on meme stocks.

In 2022, the Treasury Direct website went down because too many people were trying to buy Series I Savings Bonds.

Markets are always and forever cyclical. The problem is it’s basically impossible to predict the timing and reasoning for old cycles ending and new ones beginning.

Michael and I discuss 60/40 portfolios, the 4% rule, inflation and much more on this week’s Animal Spirits video:

Further Reading:
Financial News Doesn’t Rhyme But It Does Repeat Itself

1Also, proclaiming the 60/40 portfolio is dead is like saying diversification is dead.