I know investors are more concerned with what happens in the future but I want to take a step back to recognize how crazy the 2020-2022 market environment has been.

March 2020 was the most volatile month since the Great Depression.

The S&P 500 had the fastest double off that March 2020 bottom in modern stock market history.

Tech stocks looked like they were invincible. Now no one wants to touch them.

Stocks and bonds are simultaneously in a bear market this year.

Crypto looked like it was going to take over the financial system. Now it feels like it’s on life support.

Millions of new investors opened brokerage accounts during the pandemic because they had disposable income and nothing else to do.

People honestly thought memes were a form of fundamental analysis for a brief window.

The housing market experienced the biggest one year gains ever. Now mortgage rates have doubled in less than 6 months.

Inflation seemed like it was a thing of the past. 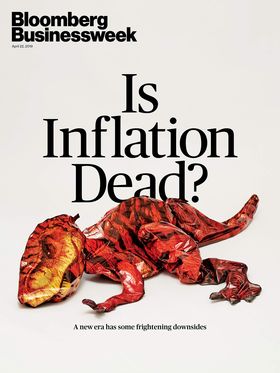 It’s now the country’s biggest worry and there isn’t a close second.

I’m sure I missed dozens of other examples because it feels like the list of crazy market moves has been endless these past few years.

Here are some lessons from an absolutely wild ride in the markets:

Speculation is as old as the hills. Every modern technological innovation has one thing in common — they cause people to lose their minds thinking about how the world is going to change going forward and thus, a financial asset bubble is formed.

I know it feels different this time around because we have social media acting as a megaphone to amplify this stuff but speculation is nothing new.

Jesse Livermore once said, “Another lesson I learned early is that there is nothing new in Wall Street. There can’t be because speculation is as old as the hills. Whatever happens in the stock market today has happened before and will happen again.”

Greed and FOMO are the one constant in every bull market throughout history.

And every bull market eventually comes to an end.

Everything is cyclical. In April 2020, the price of oil went negative. In the 5 years leading up to that fateful day in which it felt like something had been broken in the most important commodity in the world, energy stocks as a group were down 50%

Since that negative oil print, energy stocks are up almost 150% while the S&P 500 and Nasdaq 100 have gained around 30% each in total.

It’s easy to get swept up in the recency bias when investing but nothing works always and forever in the financial markets.

Every asset class, strategy, sector and investor goes through a rough patch on occasion.

Nothing fails quite like success in the stock market and this environment is a perfect example of that.

Nothing works always and forever.

Be careful who you take financial advice from. Coach Finstock from Teen Wolf had 3 rules he lived by:

(2) Never play cards with a guy who’s got the same first name as a city.

(3) And never go near a lady who’s got a tattoo of a dagger on her body.

I would like to add a fourth — never take financial advice from billionaires or celebrities.

We had billionaires shilling for a fake meme coin and trying to make it a form of payment. It’s now down 90% from those lofty levels.

Celebrities were pushing NFTs and new cryptocurrencies that are now as good as worthless. Athletes and professional investors were putting their names on SPACs with little-to-no skin in the game. Influencers were pumping meme stocks.

It was all sickening at the time but even worse now that none of them are being held accountable for their actions.

Billionaires and celebrities are already rich. If they offer financial advice and they’re right, they look like geniuses. If they’re wrong, they’re still rich and they don’t really care about you anyway.

You cannot blindly follow someone’s financial advice simply because they have name recognition or a lot of followers.

Do your own homework before taking anyone’s financial advice.

Successful investment plans need to survive down markets too. Benjamin Graham once said the most dangerous mistake an investor can make is “acquiring speculative habits without realizing you have done so.”

Leverage can make you look brilliant on the way up but it can be a killer on the way down.

Picking stocks during a bull market is a breeze that becomes a tornado when a downturn hits.

Chasing fad investments is a game of hot potato where you always get stuck holding the potato in the end.

Speculation is a strategy that only works during a bull market.

Every successful investment plan requires some combination of balance, durability and common sense to survive in the long run.

And that long run includes both good markets and bad.

Investing is hard. If the markets felt too easy in the latter half of 2020 it’s because they were. Investing can be mind-numbingly simple if you want it to be but it’s never going to be easy.

It’s not easy to sit idly by while others are seemingly getting rich overnight.

It’s not easy to invest your money in a situation with rising interest rates, 40-year high inflation and the possibility of a Fed-induced recession.

None of this is easy and maybe it’s not supposed to be.

Life as an investor would be a lot easier if you could simply park your money in a safe asset that returns 6-7% per year with little in the way of drawdowns or fluctuations.

Unfortunately, that asset is a pipe dream.

And all of the time you have to deal with an irreducible uncertainty about what’s going to happen in the future.

Further Reading:
Increase Your Exposure to Humility During a Bear Market