Over the past few months I’ve heard a number of compelling arguments that we’re entering a new secular market cycle and not in a good way.

Bridgewater’s Greg Jensen was on Odd Lots a couple of weeks ago laying out the case for a regime change:

The benefit to asset prices over the last 30 years was it led to lower real interest rates, led the glut in savings in China and other places, came into the US, drove assets up. Those things are changing. You’re not going to have the lower and lower the disinflationary impact of tapping into the most efficient pools. And you’re not going to have the excess liquidity transfer back to the United States’ assets. So as a result of that, I think you see a trend in rising real yields, a trend in higher more stubborn inflation, because it’s less efficient.

The entire interview is worth a listen but the general idea is we could be entering a period of de-globalization, higher government spending, higher real interest rates and higher inflation.

Jensen’s conclusion was that in this type of environment, financial assets like stocks and bonds will struggle, possibly for an extended period of time.

I’m not smart enough to predict regime changes in the economy. There are simply too many variables at play.

But it is true that recessions tend to change the winners and losers in the markets historically speaking. And it’s not out of the question for the markets to struggle for years at a time.

I’m cherry-picking the start and end dates here, but look at the growth of a dollar in the S&P 500 after accounting for inflation over various time frames: 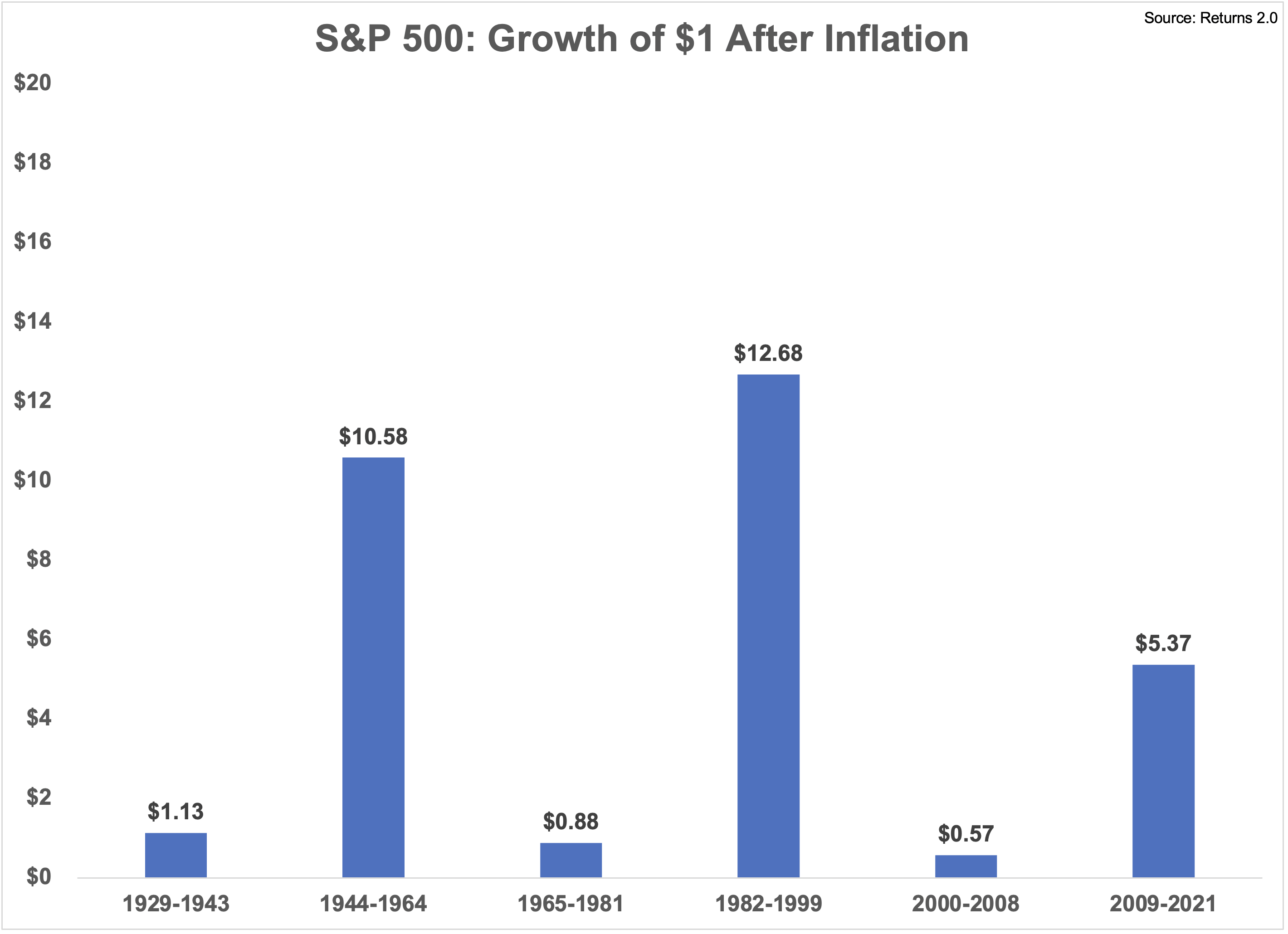 Stocks have gone nowhere for a decade and change in the past. This is why they’re called risk assets. You don’t get high returns without the possibility of low returns on occasion.

Let’s say Jensen is right and the stock market struggles for a lengthy period of time.

What is an investor to do to protect themselves?

In a word — diversify.

Let’s look at a handful of other asset classes over these same time frames: 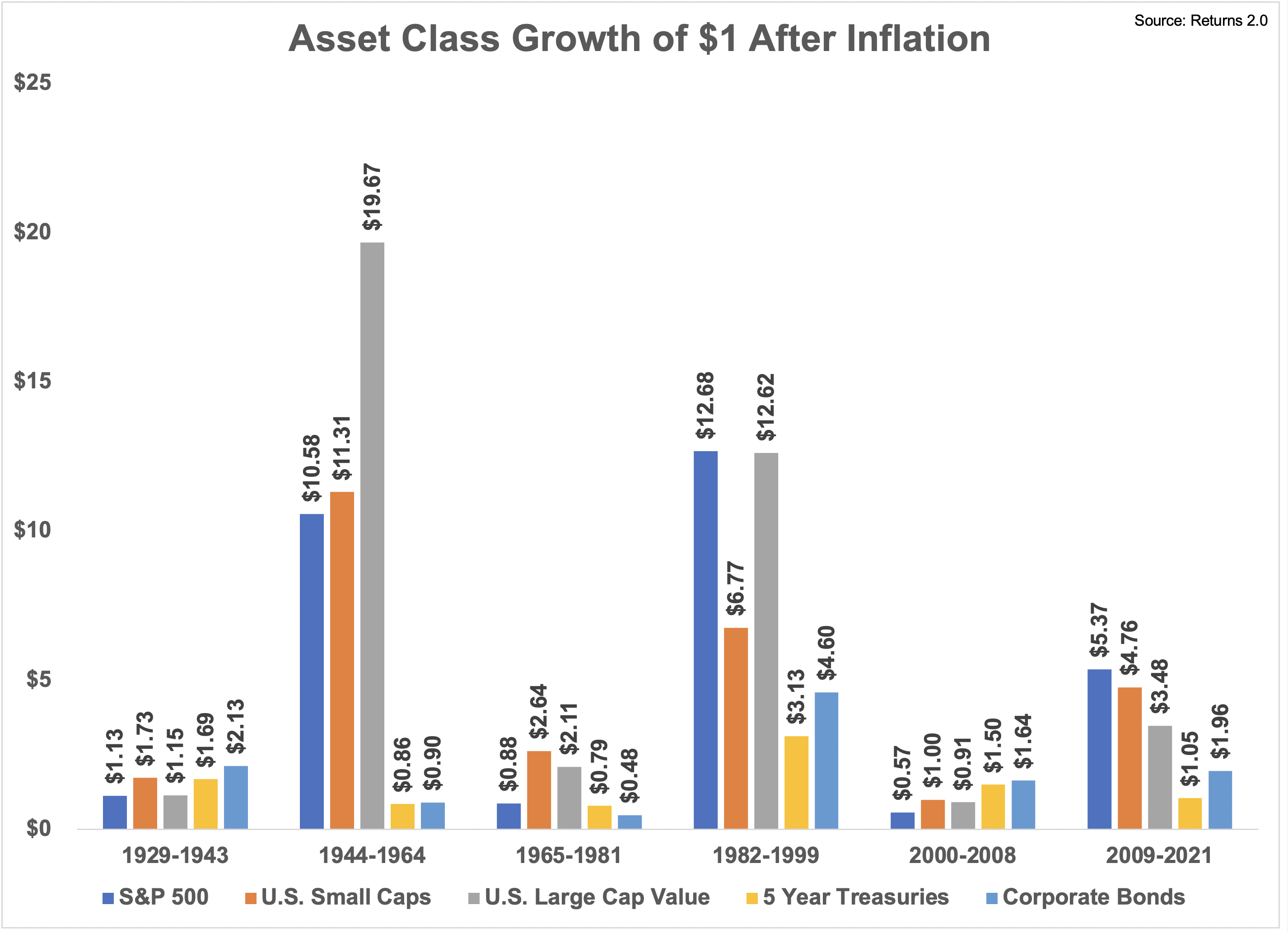 Even if the S&P 500 underperforms for a multi-year period, it doesn’t mean all financial assets will follow.

There are plenty of asset classes and strategies that have held up well even when the S&P 500 performed terribly.

The biggest problem for investors is the future never plays out exactly like the past so knowing what to own ahead of time is difficult.

The past decade or so diversification was punished. All you had to do was own large cap growth stocks and you outperformed.

It’s possible those days are over.

I don’t know if the stock market is headed for a rough patch that lasts years instead of months.

But the only way I know how to protect against that possibility is through diversification.

Diversification is a hedge against an unknowable future.

Further Reading:
Diversification Isn’t Undefeated But It Never Gets Blown Out

1I’m using 1970 as a starting point here because that’s the inception of the MSCI Japan Index.