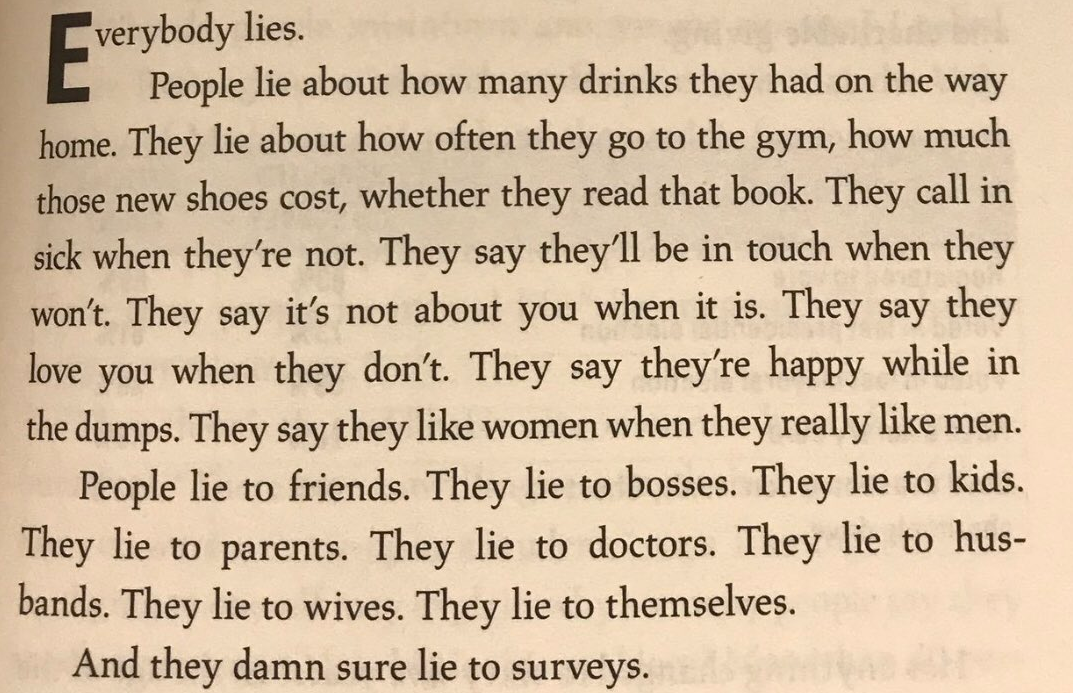 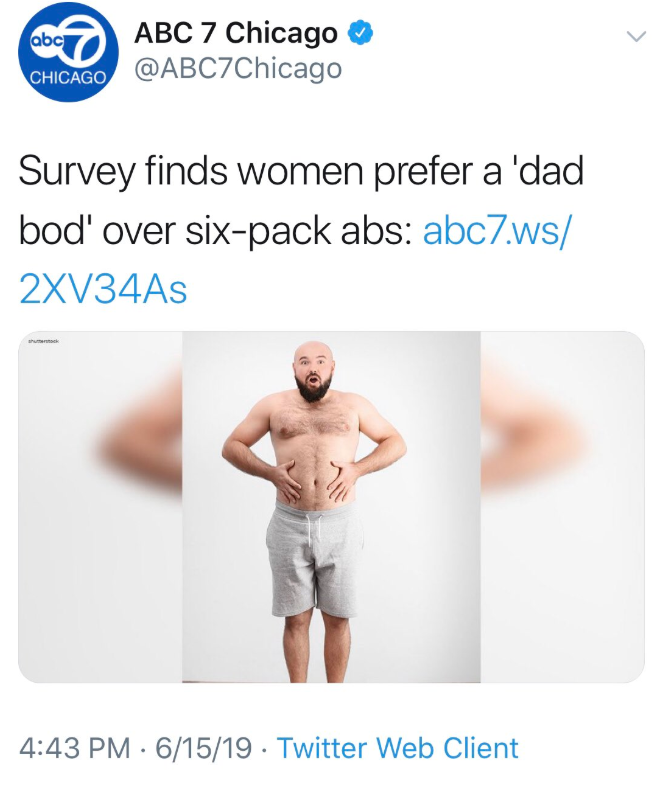 To avoid the early onset of dad bod, I’m a lunchtime workout warrior during the week. It’s convenient because there’s a Planet Fitness less than a half mile from my office.

The best part about Planet Fitness is it only costs me $10/month for a membership, which is wild considering other gyms in the area go for anywhere from 5-10x that much.

And the Planet Fitness I go to was built in an old Menards (think Home Depot of the midwest) so it’s enormous. There must by 60-80 treadmills, 40-50 ellipticals, 30-40 exercise bikes, and a dozen stairstep machines plus plenty of free weights and machines for lifting.

The place is never that busy so finding a free machine is never a problem, which wasn’t always the case at other gyms I’ve belonged to.

Last week they closed the gym down for a few days to completely update their equipment. All those treadmills, ellipticals, bikes, and stairsteps were replaced with brand new machines.

They’re quite nice too.

After doing the math in my head on the capital investment Planet Fitness must have put in by upgrading all of their equipment, I started thinking about the company from a business perspective.

How could they afford to charge so little yet provide so much in terms of space and machines?

Little did I know, Planet Fitness (PLNT) is a publicly traded company with a market cap fast approaching $8 billion: 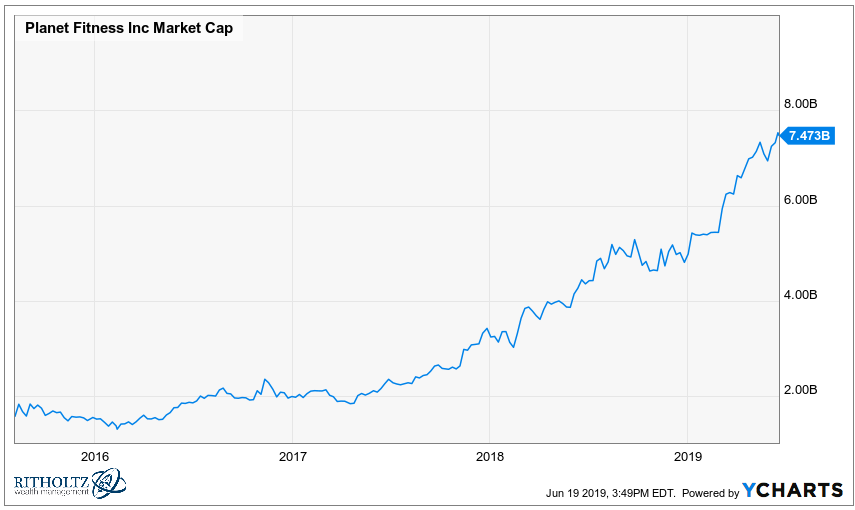 And they’re making money. Revenues went from $330 million in 2015 to $573 million in 2018. Net income went from $18.5 million to $88 million in that same time. Part of the reason for this growth has to do with the growth in locations but it still doesn’t seem to completely add up.

I have nothing to go on but anecdotes and personal experience, but I have a theory about how they’re pulling this off.

For as big as my local Planet Fitness is, they don’t require a ton of staff. That’s because they’re not doing much in the way of personal training. Staff is mostly there to work the front desk, check people in, and keep the place neat and clean.

One of the reasons they don’t require a big staff is because the place is never overly crowded. That’s one of the main reasons I like going there.

And (I think) one of the main reasons it’s never overly crowded is because people sign up for a membership, go a few times, but then stop coming.

Most people keep their membership because it’s not that expensive and in the back of their mind they assume they’ll go back at some point in the future.

I’m guessing the reason Planet Fitness is able to afford to outfit enormous gyms with new equipment for a measly $10/month membership fee is that the people who stop showing up subsidize those who don’t.1

Sticking with your fitness goals is hard. Finding time to go to the gym isn’t easy. Staying motivated to work out regularly is tough. I get the endorphin rush or whatever it is from working out but not everyone is wired the same way. For some people, going to the gym is hell.

Michael and I got into a healthy debate (see what I did there) on the podcast this week about which one is harder — following fitness advice or following financial advice?

The advice industry, in general, is full of fads, lifehacks, and charlatans along with a constant barrage of things you need to do RIGHT NOW. So it’s difficult to figure out what to do and more importantly, who to trust. This is especially true when it comes to health and wealth.

Financial advice can be hard to implement because it’s often circumstantial, can be complicated, and the human element is always the wild card because we’re often our own worst enemies.

But I would argue that fitness advice is even harder to follow because it requires more of a conscious effort day in and day out. There are dozens, possibly hundreds, of decisions when it comes to choosing what to eat each day.

And forcing yourself to workout requires effort each and every time you do it. Diet and exercise are constantly testing your willpower.

That doesn’t mean delaying gratification, developing intelligent spending habits, saving money, and figuring out how to manage your wealth isn’t difficult. It certainly isn’t easy but much of your personal finance ecosystem can be automated if you’re able to make wise decisions ahead of time.

The funny thing is I know people who are total fitness freaks. They work out all the time and eat right but their finances are a mess. And I know others whose gym shoes gathering dust or are unable to control their diet but have supreme discipline when it comes to saving money and keeping their spending in check.

No one’s perfect and good behavior in one area of your life doesn’t necessarily transfer to other areas of your life.

Fitness and finance both require intelligent systems if you wish to keep your sanity. And neither is easy to manage because human nature often acts as a deterrent to both health and wealth.

Further Reading:
The Art of Repetition

1If there’s a better explanation I’m all ears. I just can’t figure out how this business model works.

The passage at the top of this page is from the book Everybody Lies by Seth Stephens-Davidowitz, a very good read.