It would be hard to argue with any of these choices when you look at the numbers. From the bottom in early March of 2009 the S&P 500 is now up well over 800% on a total return basis: 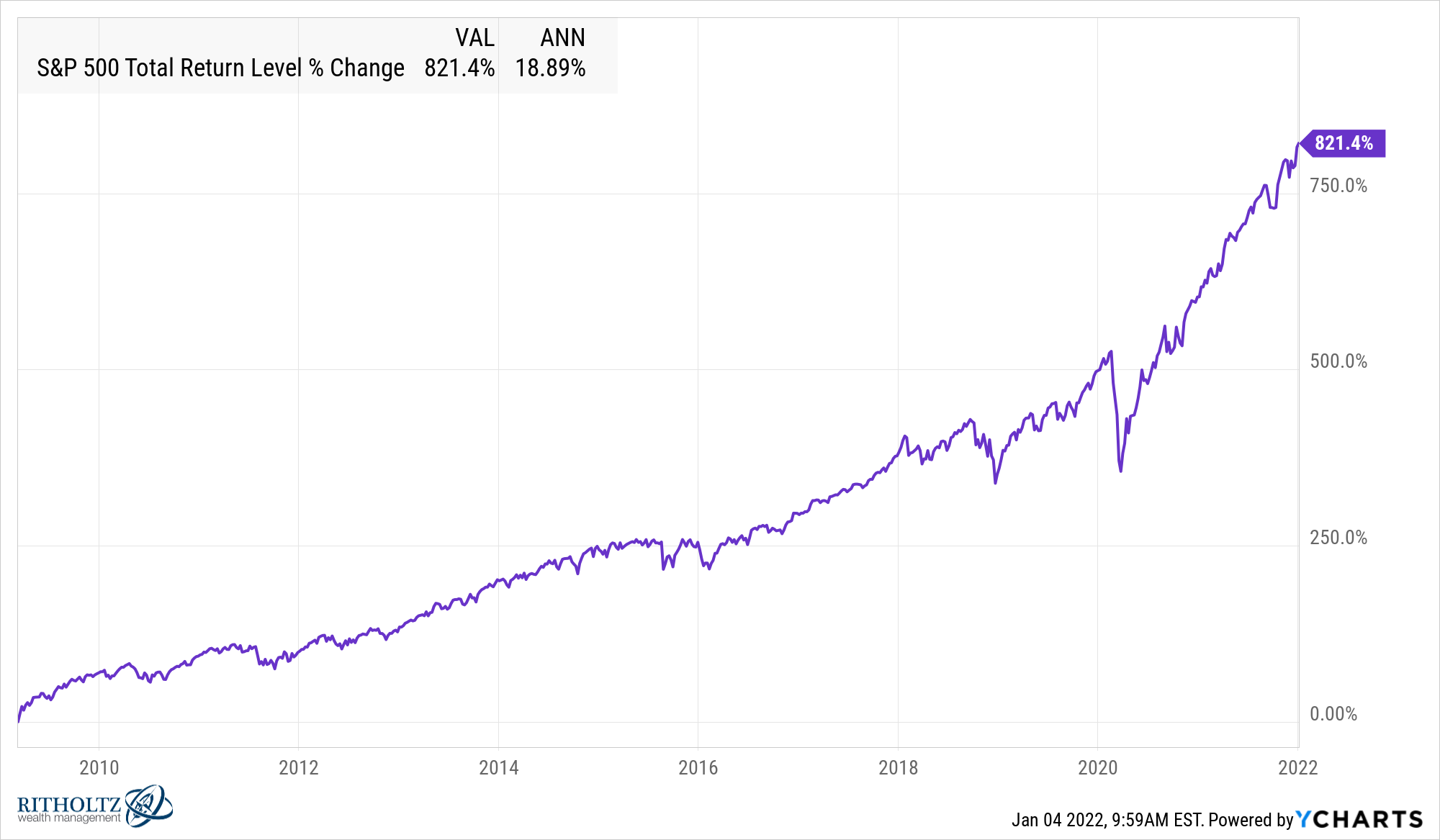 There is no way stocks can keep up this clip forever. Eventually returns will be lower and there will be a bear market. I’m certain of that.

But even if returns do slow from here and we experience a handful of bear markets in the years ahead, history shows bull markets can last a lot longer than you think.

Before we dig deep into some market history, I have some caveats. Defining “bull market” is not easy.

Do they start from the bottom of a previous bear market?

Do they start once previous highs have been taken out?

Do they reset when a bear market takes place?

I have my own definition which you will see in the following data. You can quibble with my definition but it’s really semantics. Also, I’ve done some cherry-picking of start and end dates here. The data is the data but I did so to make a point.

The experience of the average stock market investor was certainly worse than even those numbers look.

And just when people thought the carnage from the Great Depression was over, the 1937 recession hit and stocks crashed 55%. The market finished down 9 out of 13 years from 1929-1941. There is no question this was the worst U.S. stock market environment in history.

It wasn’t until WWII that stocks finally found their footing. From 1942-1949, the market shot up 290%. That’s good enough for annual returns of 18.6% per year. The 1950s really kept the post-war boom going, which still might be the best decade in U.S. market history.

Things cooled off a bit in the 1960s, but stocks still more than doubled in that decade, with 6 out of 10 years enjoying double-digit gains.

It doesn’t have the cache as the 1980s and 1990s boom times but this period might be just as impressive in its longevity.

The worst calendar year return during this period was -10.5%.

Of course, there were recessions and corrections during this run. There just weren’t any bone-crushing ones.

In fact, there were 5 recessions, all relatively mild save for the 1945 edition coming out of the war. There were 16 double-digit corrections in this 27-year span: 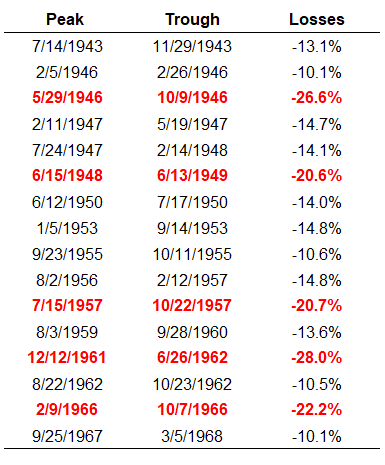 Then from 1969-1978, the stock market was up just 38% in total. That’s a paltry gain of just over 3% per year. And when you consider inflation was running at 6.5% per year during this 10 year time frame, real returns were negative.

This period also included a brutal recession and bear market in 1973-1974 which saw stocks get cut in half.

Following that terrible, no good decade in stocks, investors were rewarded with sky-high interest rates, low valuations and two recessions in the span of three years from 1980-1982. But the stock market had already started looking past those high rates and inflation. 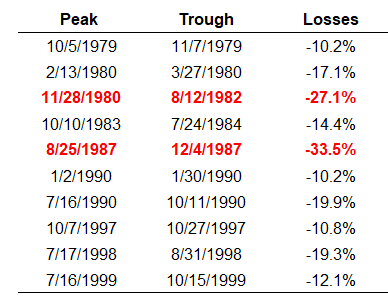 The bursting of the tech bubble led to the next painful leg down. In the span of less than a decade the stock market would lose more than 50% of its value twice. From the end of 1999 through the bottom of the Great Financial Crisis crash in early March 2009, the S&P 500 was down a total of 46%.

That’s close to 10 years where the market not only went nowhere but also got crushed.

Here’s the summary of this history lesson: 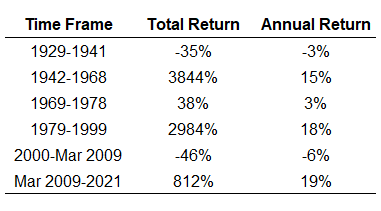 By my estimation, we’ve had long-term six market cycles over the past 100 years or so. There were, of course, mini booms and busts within these longer-term cycles. There will always be cyclical bear markets during secular bull markets and vice versa.2

Here are some takeaways from this exercise:

It’s also worth noting even 100 years is an extremely small sample size when it comes to the markets. The future doesn’t have to look like the past. And because we now know so much more about market history, that’s probably more true than ever.

But it can prepare you for a wide range of outcomes — both to the upside and the downside.

Further Reading:
2021 Was One of the Best Years in Stock Market History

1As a reminder, this bull market hasn’t always been easy.

2 This is really the first secular bull market that started at a market bottom. Stocks languished from market bottoms in 1932 and 1974 which is why I used March 2009 as a start and end point. Is this cherry-picking? Yes, yes it is. So be it.