Let’s do a quick rundown of the current state of the markets and the economy.

GDP is at all-time highs: 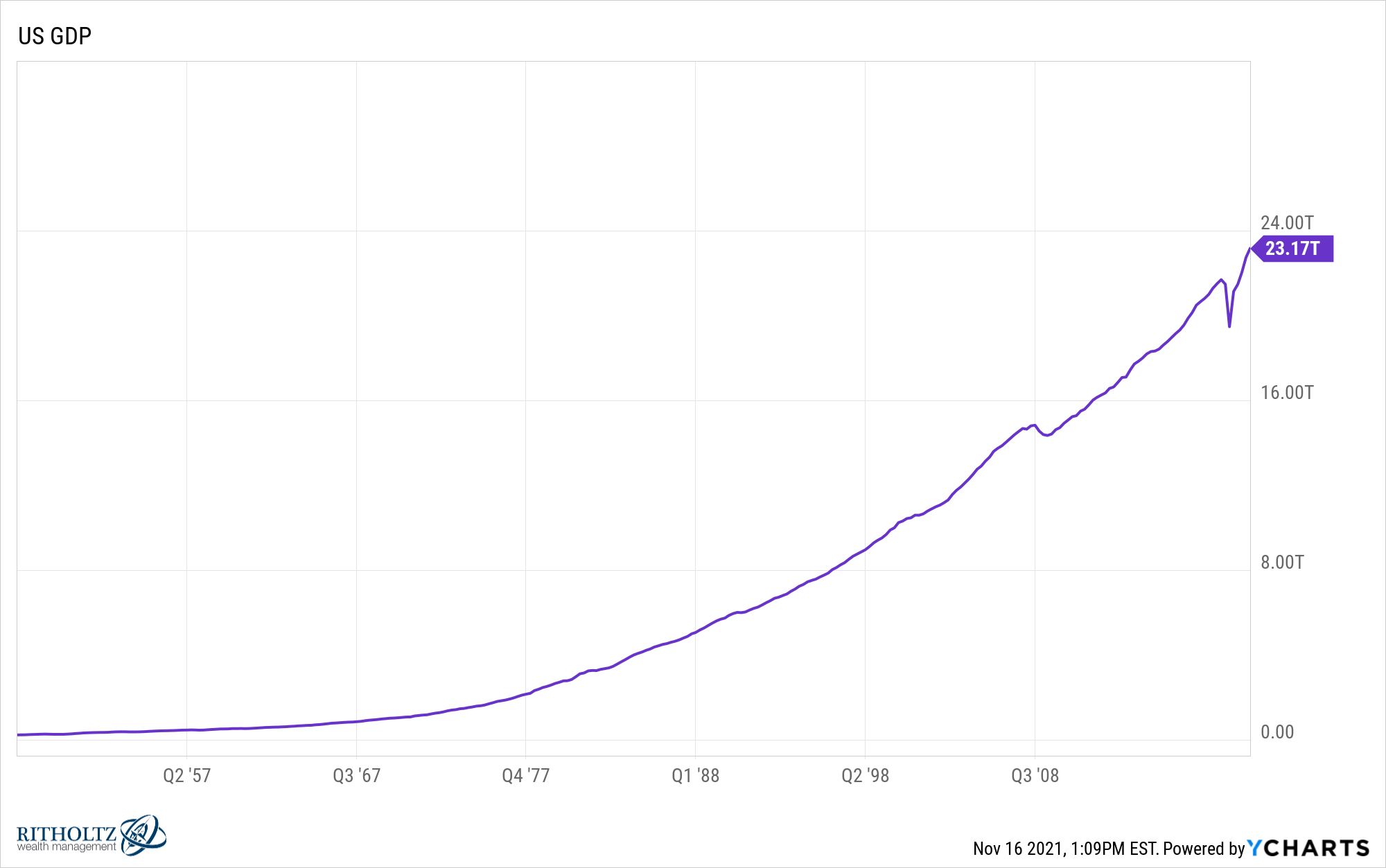 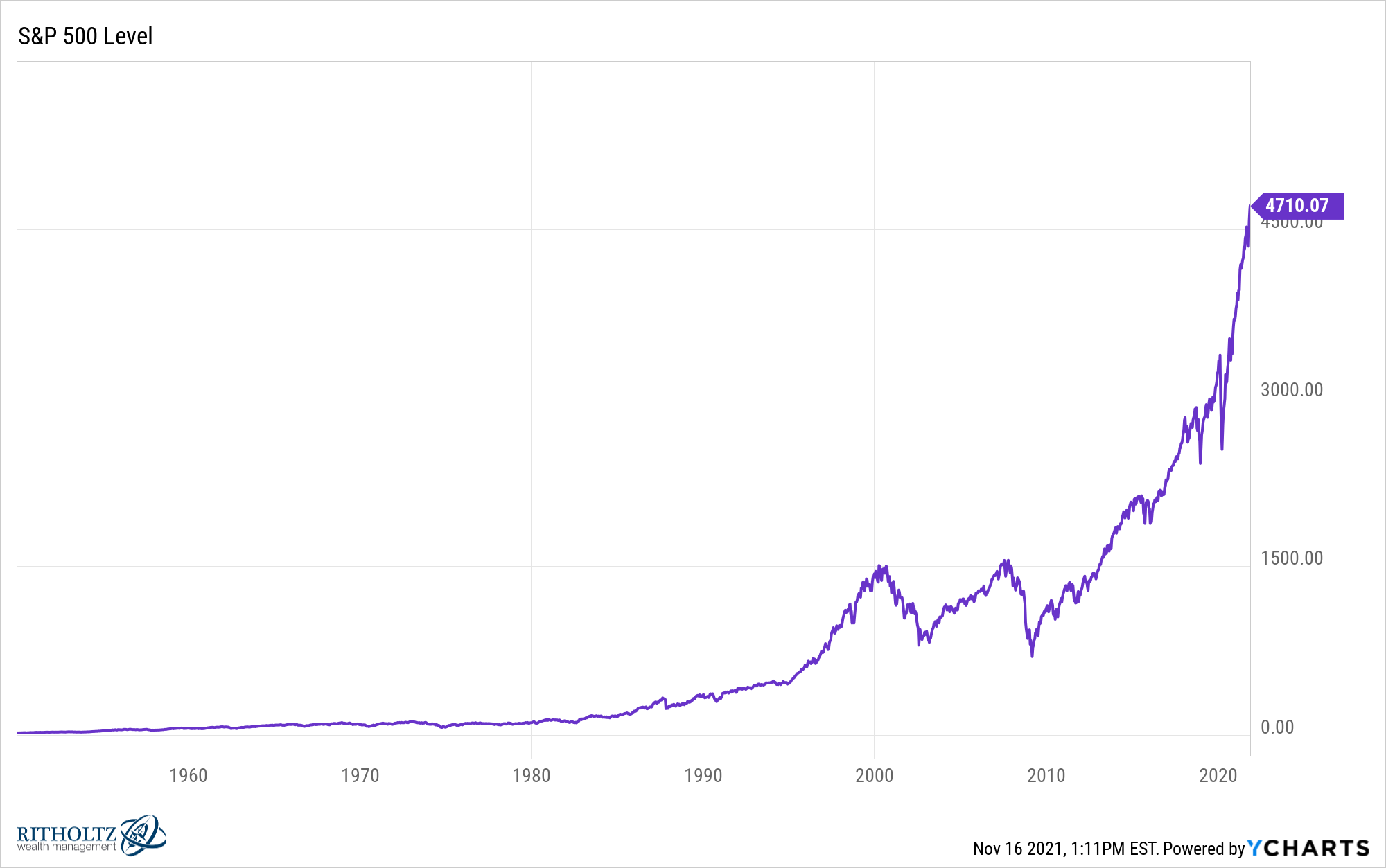 Housing prices are at all-time highs: 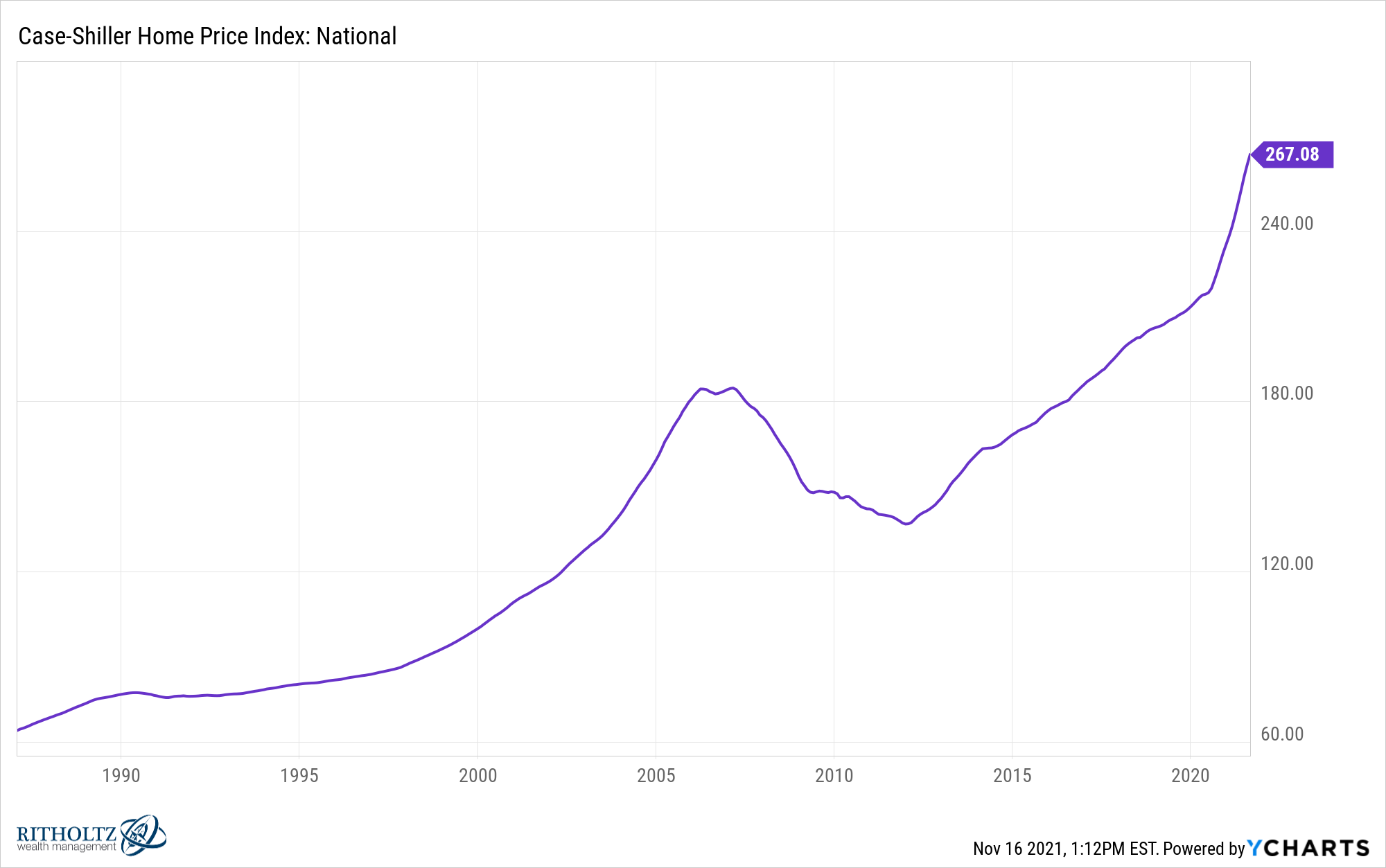 Retail sales are at all-time highs: 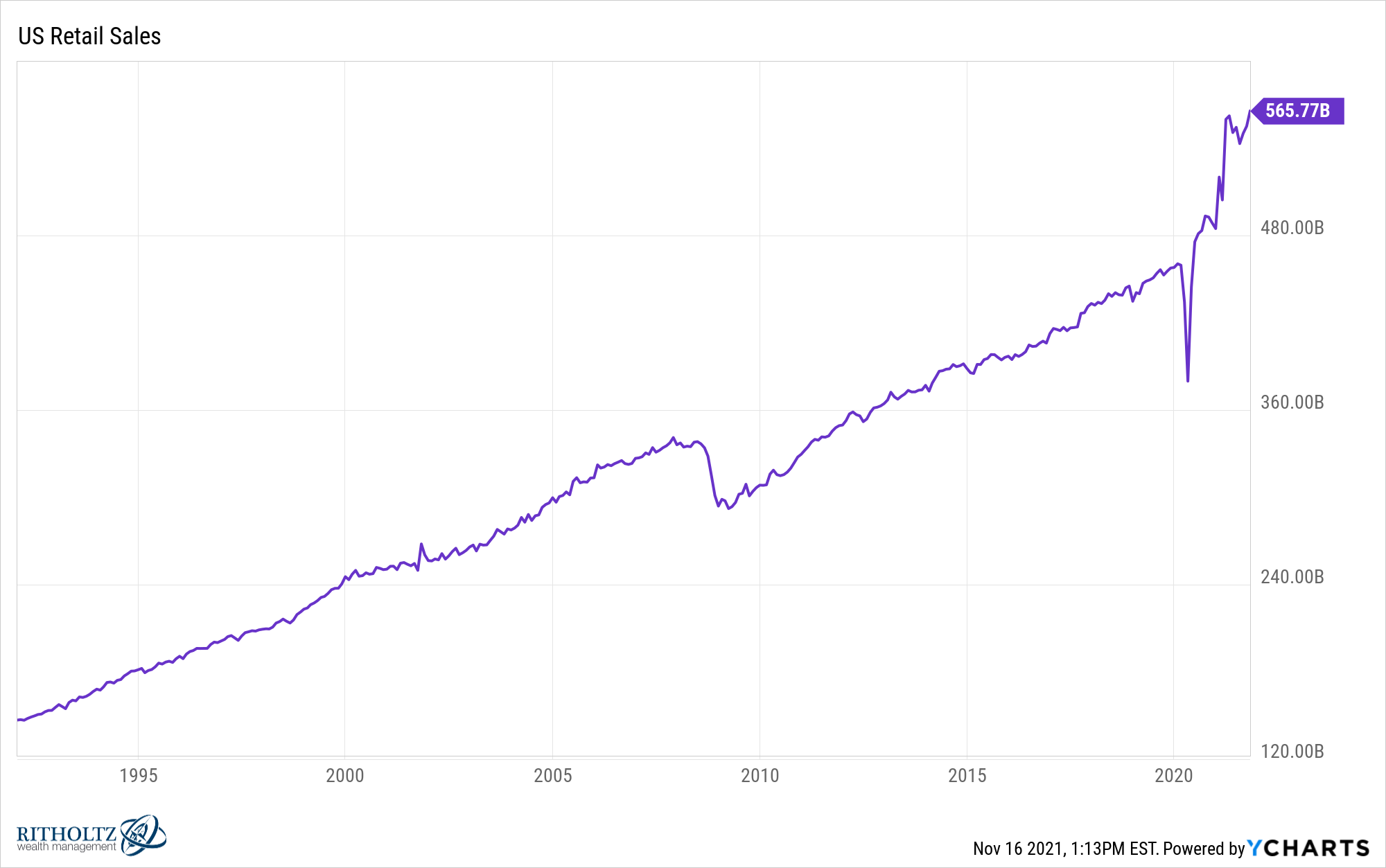 The net worth of American households is at all-time highs: 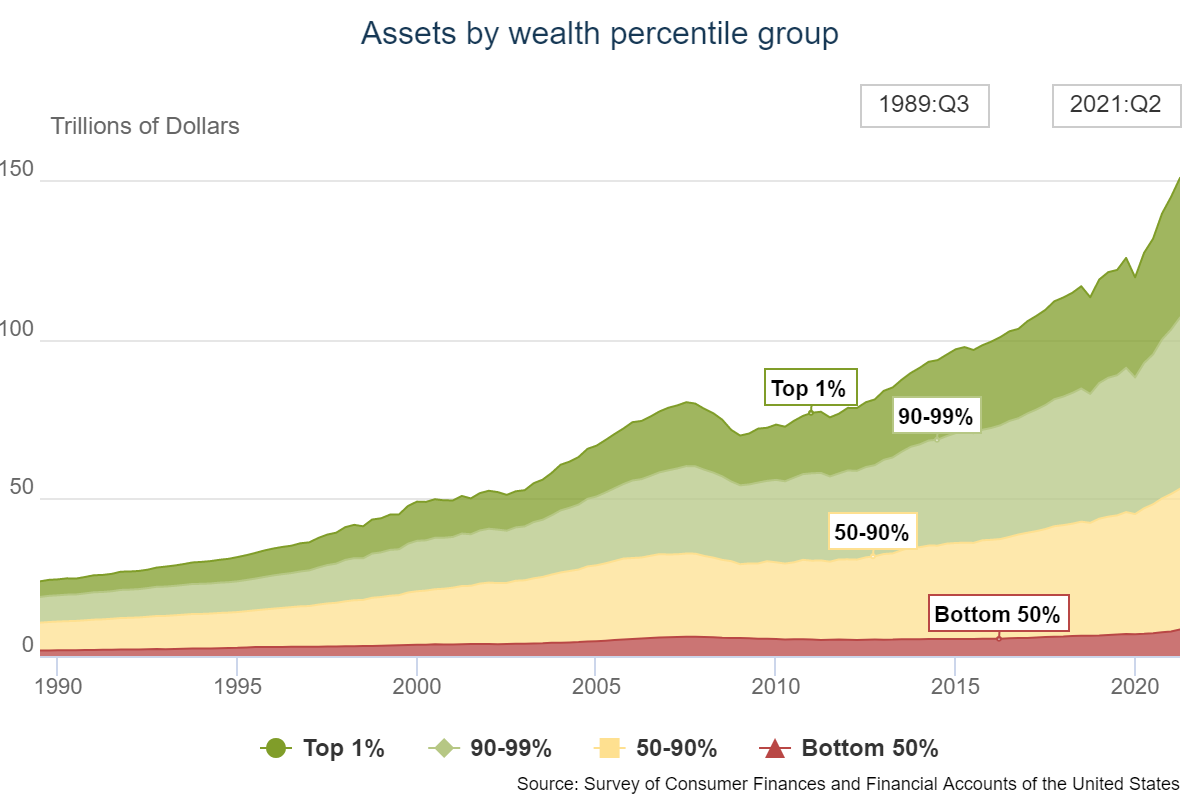 People are starting new businesses at a record clip: 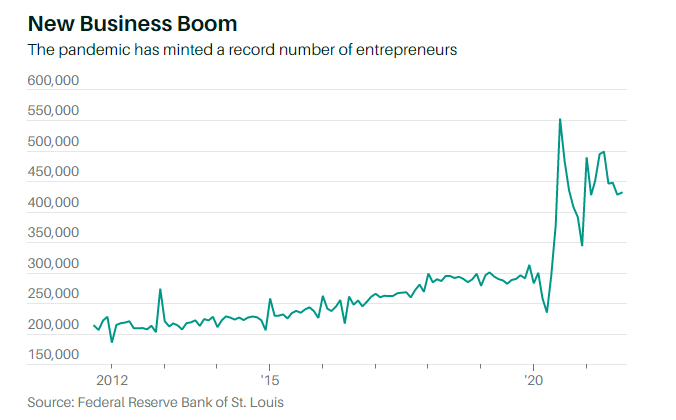 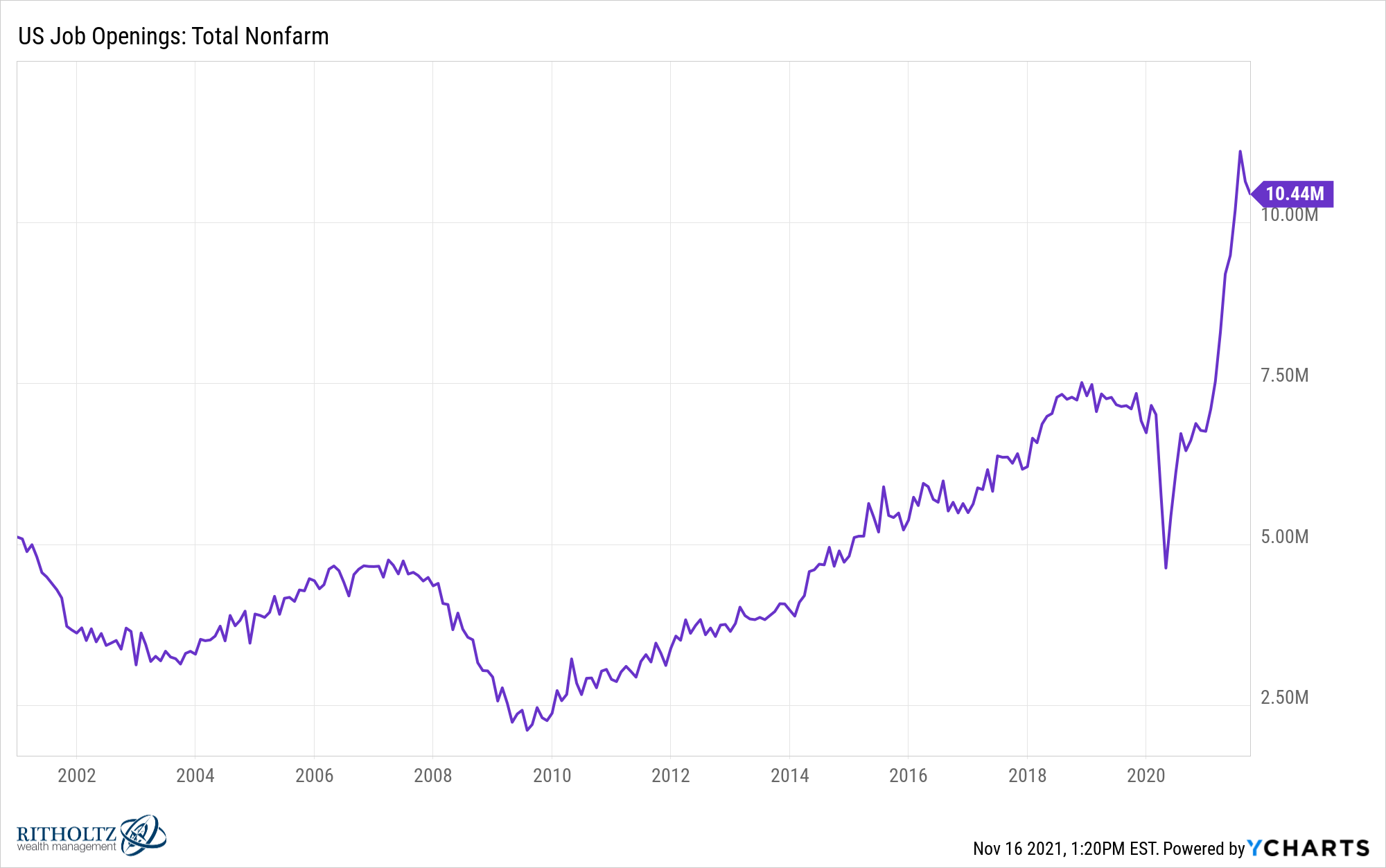 People are quitting their jobs at the most rapid rate ever, a sign of confidence in their finances or future employment prospects: 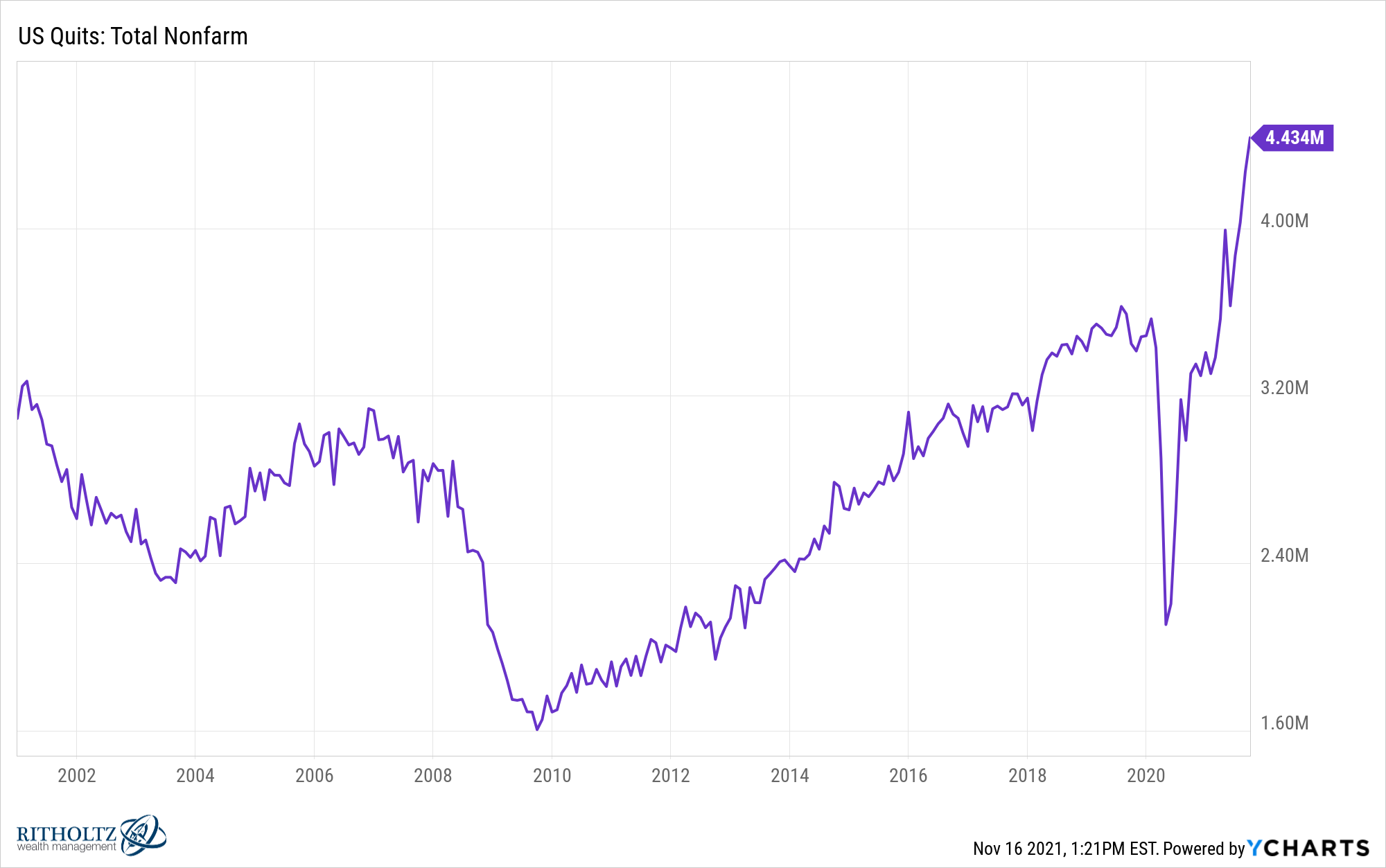 Wages are finally rising substantially, especially for people in the lowest income bracket: 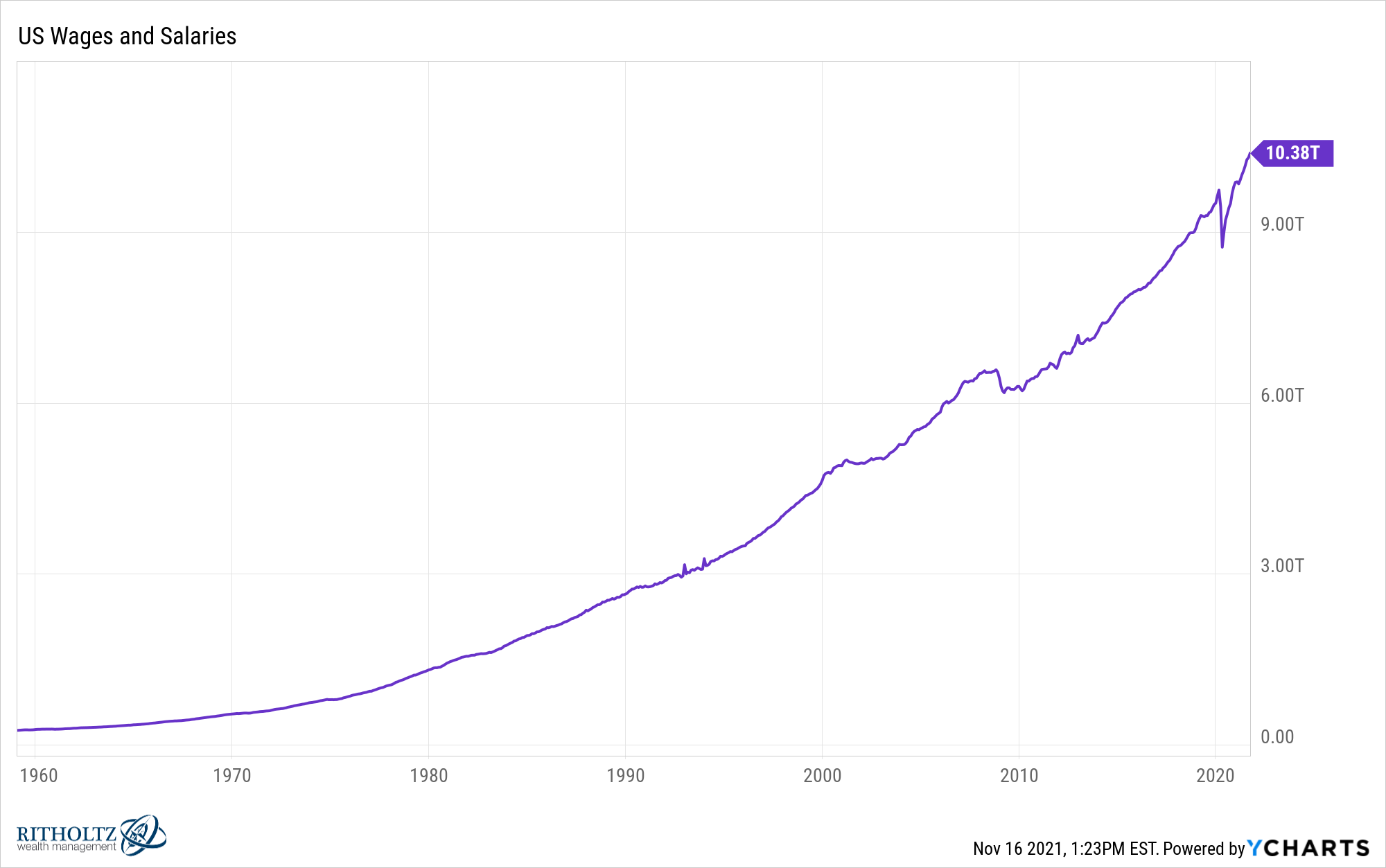 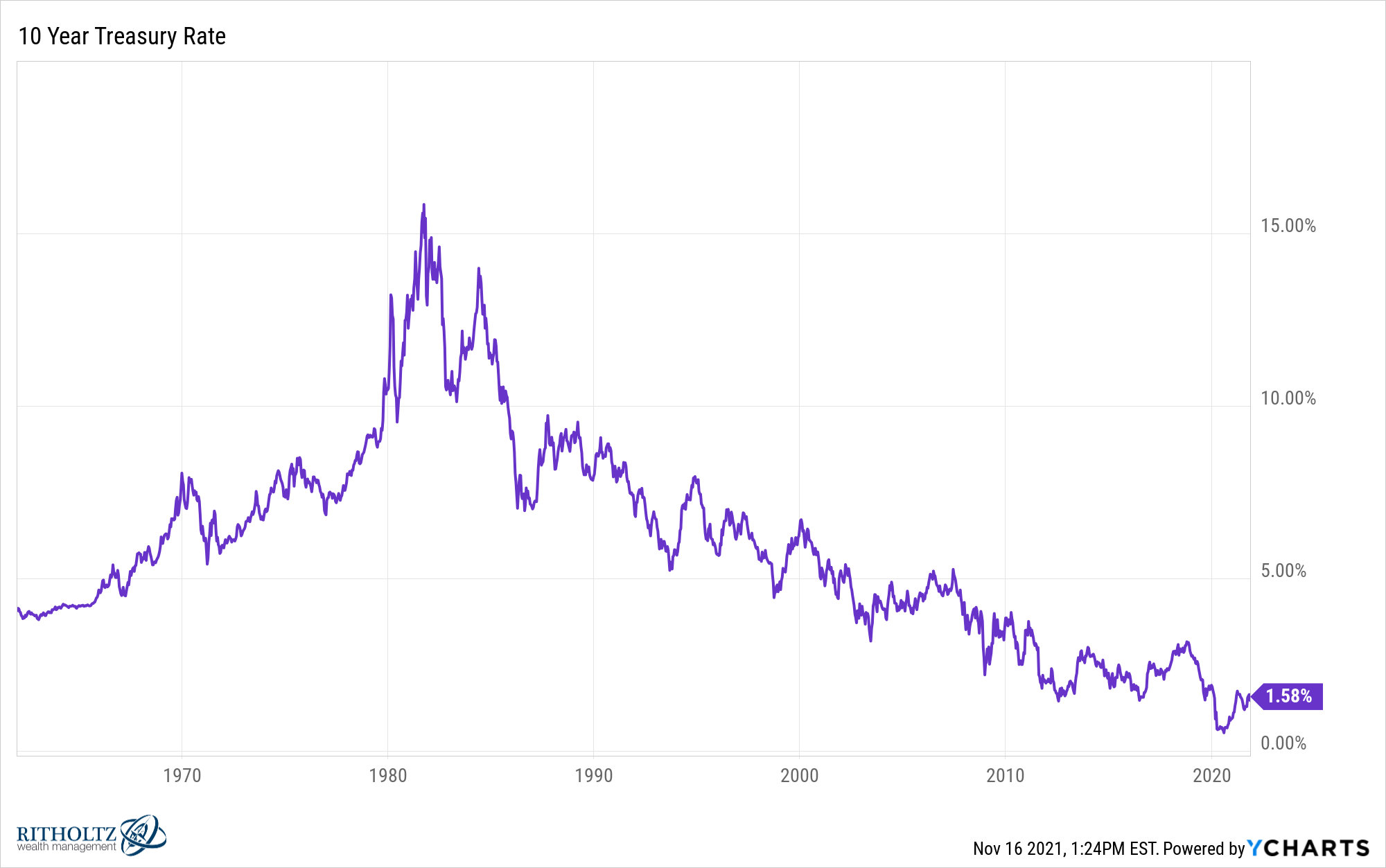 All of these data points would seem to present an economy that is booming. Big time.

It’s possible we’re setting up for annualized economic (nominal) growth of 10% in the fourth quarter of this year.

Yet look at the consumer sentiment numbers, falling off a cliff: 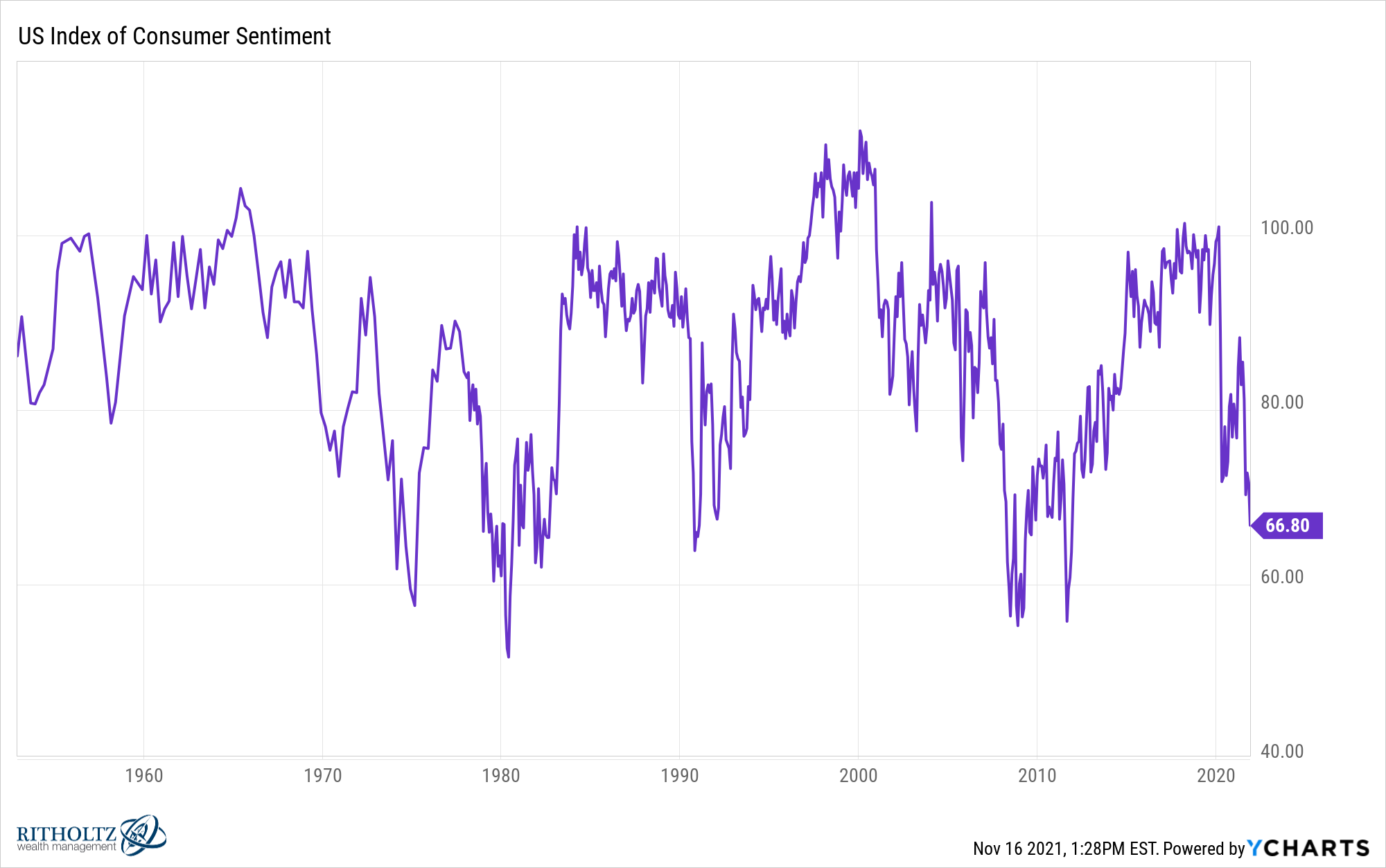 How can this be? Everything is amazing and no one is happy?

Sometimes you have to watch what people do and not what they say but there are reasons for unease among consumers.

It’s been 3 decades since we’ve dealt with inflation at these levels: 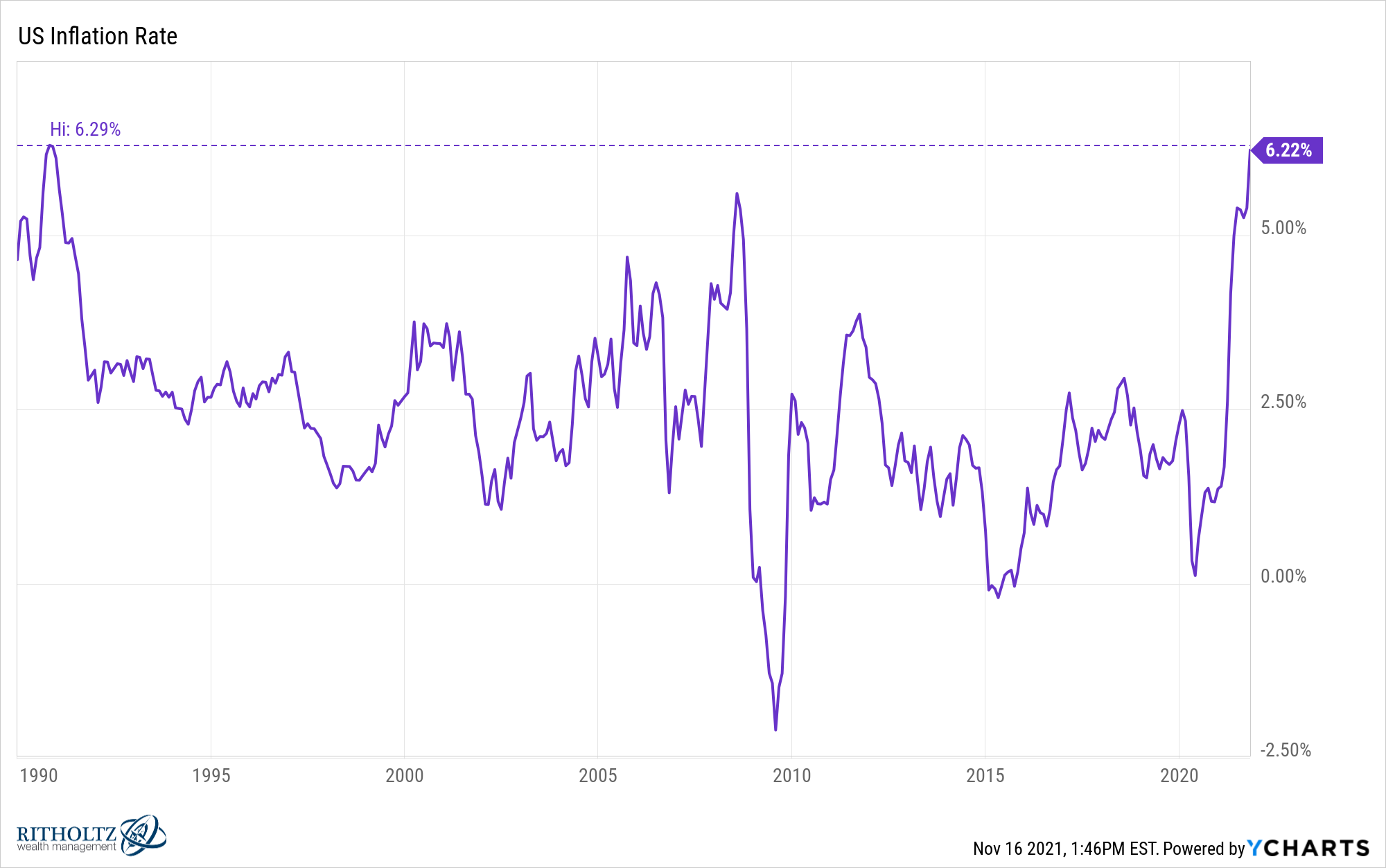 And it’s not just higher prices we’re contending with.

People are also being inconvenienced by longer lag times to receive products from the supply chain disruption that is being caused by the spike in retail sales and the pandemic.

Business owners aren’t thrilled with the labor shortage coinciding with rising wages and increased negotiating power by their employees.

It’s becoming quite apparent that people really hate inflation, even when just about everything else is humming along.

Binyamin Appelbaum wrote about the high inflation of the 1970s in his book The Economists’ Hour and why it was so upsetting to people even though their wages were keeping up:

But Americans were losing patience with inflation. People tended to see higher wages as just rewards, and higher prices as theft. They dreamt of what their increased wages could have purchased if prices had just stayed the same. Terry McLamb, a bread salesman from Raleigh, North Carolina, told a reporter in 1978 that he had abandoned his dream of buying a home. He didn’t seem to realize that his income had outstripped inflation by 14 percent over the previous five years.

Many Americans also disliked the sensation of rapid change.

The change piece of this is likely what’s causing the most consternation among consumers.

When you get a raise it’s typically locked in place for at least 12 months. When you take out a mortgage at a low interest rate your payment is fixed and doesn’t change over time.

But inflation can cause rapid price changes in a short period of time. Change can freak people out.

Gas prices are now as high as they’ve been since 2014: 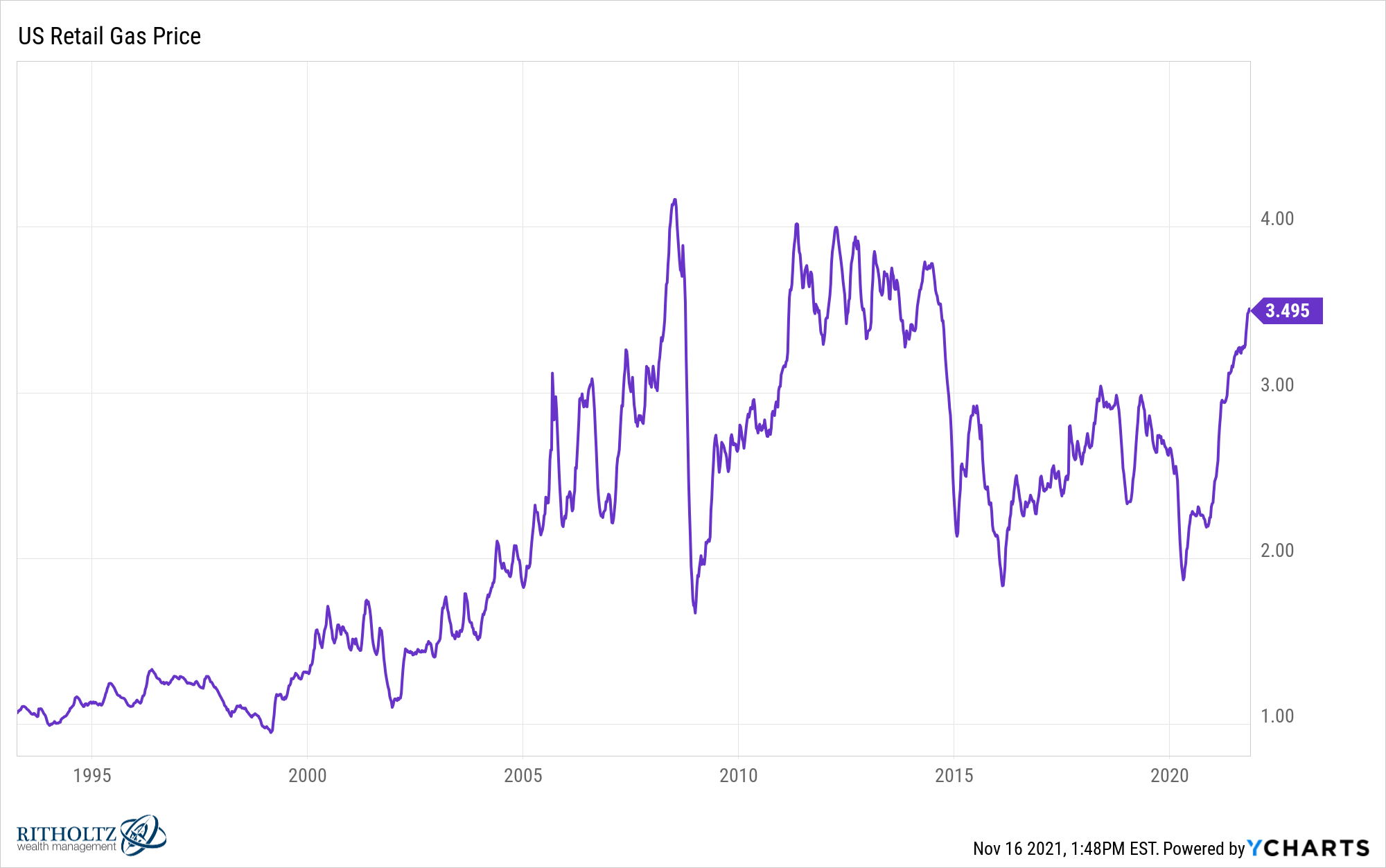 Gas prices are always volatile but the rise here happened in a hurry. It’s not just higher prices that create a sense of dread but prices that rise quickly and without warning.

Inflation can put a dent in household budgets that can be difficult to deal with. But there is also a psychological component related to rising prices that tends to offset gains experienced elsewhere in your life.

We live in a weird economy right now where things are simultaneously booming and annoying.