This past week the annualized inflation rate hit its highest level since November 1990.

The last time inflation was this high Michael Jordan had yet to win his first NBA championship. Ice Ice Baby was the number one song on the pop charts. And Tim Berners-Lee had just put the finishing touches on a formal proposal for the World Wide Web.

It was obviously a different time.

Markets were vastly different as well. Just look at the interest rate profile compared with the prevailing inflation rate between now and late-1990: 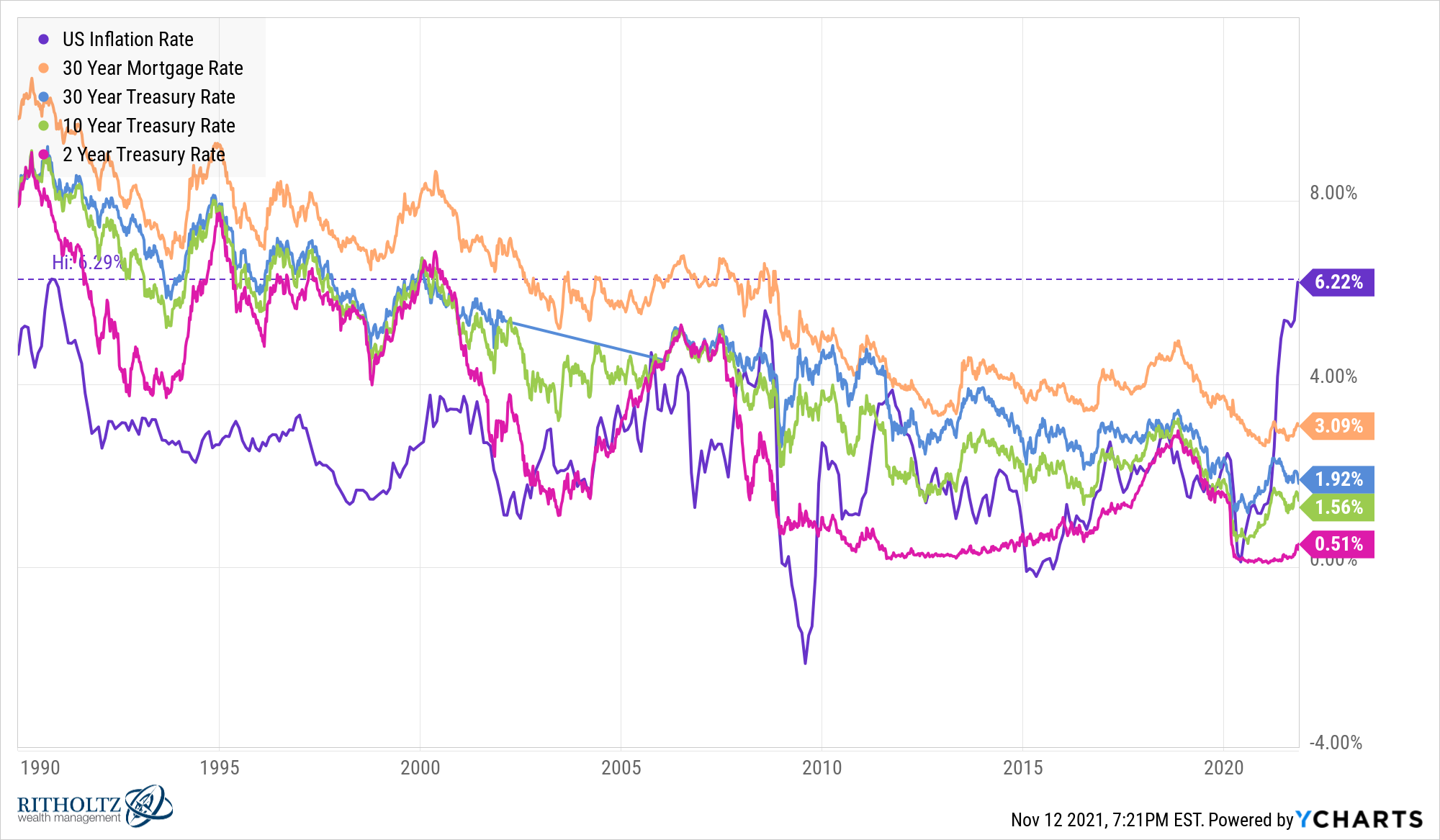 Inflation was similar but yields on everything were way higher.

Here’s the tale of the tape:

That depends if you’re more of a saver or a borrower.

Today is clearly a much better market for borrowers. If inflation is higher than your borrowing rate, every payment is being paid back with dollars that aren’t worth as much. 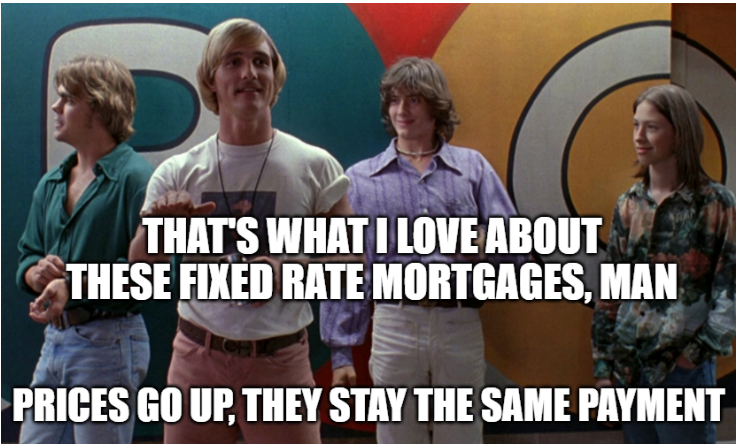 On a real basis, your mortgage right now is trading at a negative interest rate. Not bad.

Back in 1990 savers were protected against higher inflation because yields were much higher than inflation across the board. Can you imagine earning 7-8% on government bonds or money market funds today?

Investing was so much easier in the 1990s.

It’s certainly possible interest rates could rise from current levels making it more difficult on those who take on new debt or don’t have their rates locked at the moment.

However, you could make the case that the current situation of higher inflation and lower interest rates is better than the 1990s environment for the middle class.

I’m not going to be one of those people who tries to tell you 6% inflation is actually a good thing. It’s not.

Regardless of GDP, housing prices and the stock market at all-time highs, inflation at these levels is going to cause some psychological and financial problems for many households.

I do think lower interest rates this time around are a better deal for those outside of the top 10%.

The rich own the majority of financial assets. This is true now and it was true then. And if you own financial assets, especially in the stock market, you have a decent hedge against higher prices. Corporations are some of the biggest beneficiaries of higher inflation right now since they have pricing power.

While the top 10% owns the majority of financial assets, the bottom 90% carries 75% of the debt in this country. 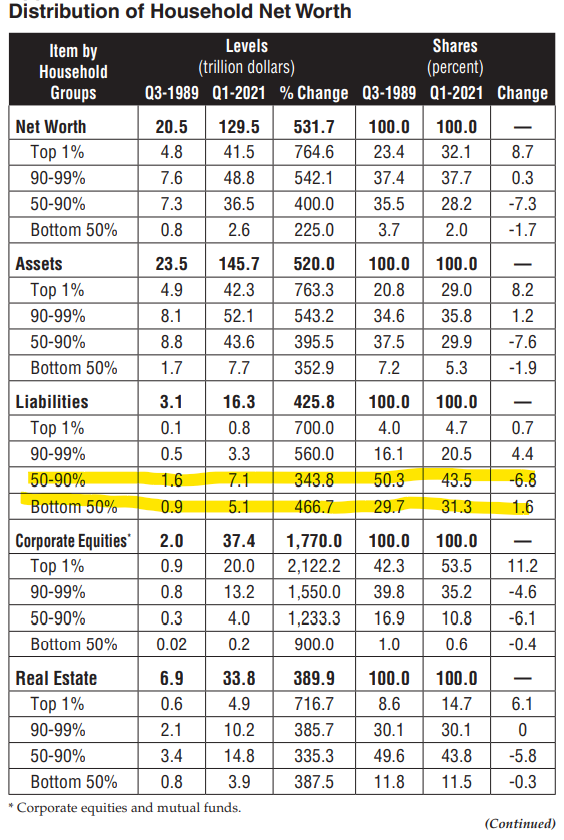 It would be nice if the stock market was more widely distributed across the population. Stocks are the best long-term hedge against inflation.

But mortgage debt makes up around 70% of household debt in the United States. That means the bottom 90% is being helped right now through a combination of higher inflation and low interest rates on that debt.

The bottom 90% also owns 85% of the housing market, meaning they have most of the mortgage debt.

Now here’s the problem with this equation — you can’t spend your house. And it’s not like you can see inflation eating away your debt payments like you can with rising prices at the grocery store, gas pump or car dealership.

Inflation to your mortgage payments is intangible unlike higher prices at the store.

I’m not here to argue inflation is a good thing. I’m just saying the current situation puts households in a much better position financially than they were the last time inflation was at these levels.

This also means one of the biggest risks to the economy could be higher interest rates. The fact that you can borrow at negative real rates right now does help some households offset some of the rise in prices.

The worst-case scenario from here would be if inflation remains elevated and rates rise substantially.

Further Reading:
Some Thoughts on the Highest Inflation Rate in 30 Years