The headlines from this week make it feel like people are throwing in the towel on the idea of inflation being transitory:

I’m still not sure we can all agree on what ‘transitory’ actually means at this point but it’s hard to deny prices seem to be rising across a wide range of goods and services in the economy. 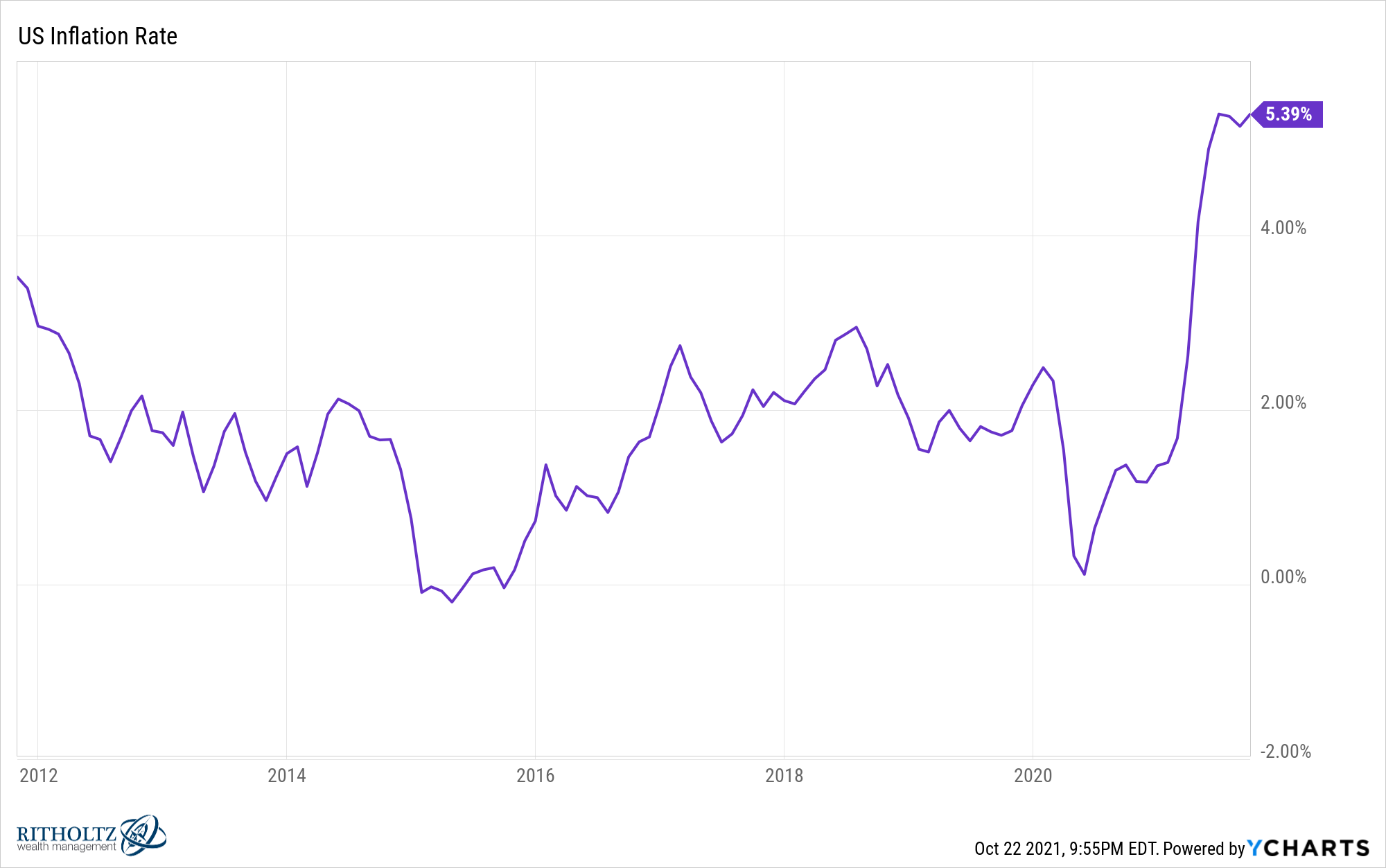 Maybe this will turn out to be a one-time spike that falls back to trend but it’s hard to say at this point. No one knows how the combination of a pandemic and unprecedented government spending will turn out.

Plus, predicting inflation, even in “normal” times, is not easy.

If higher inflation is here to stay it would seem to be a big risk to the stock market. It is possible an inflation scare could spook investors but there’s no clear sign of this from the historical data.

Here’s a look at the calendar year returns on the S&P 500 along with the annual inflation rate going back to 1928: 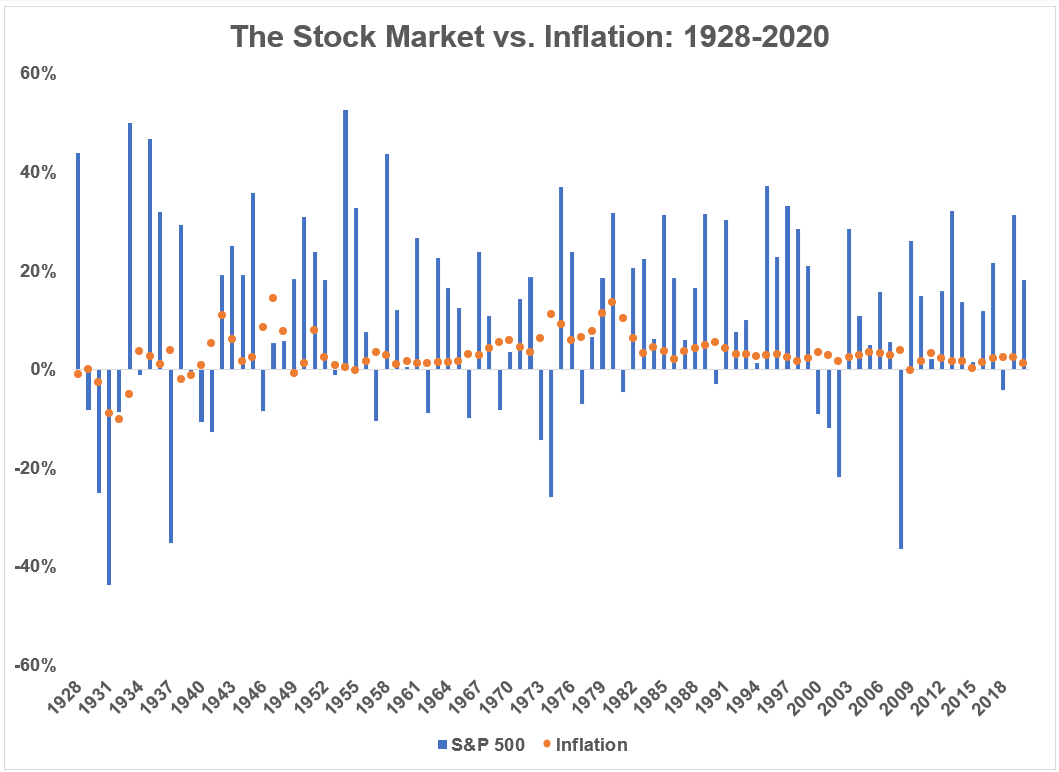 That could be because the stock market is supposed to be forward-looking and inflation involves backward-looking data but even if you did some sort of look-ahead there’s nothing there.

And even when inflation has been as high or higher than it is right now, the stock market has held up pretty well in the past.

Here’s a table that ranks the highest calendar year rates of inflation with the corresponding returns on the stock market: 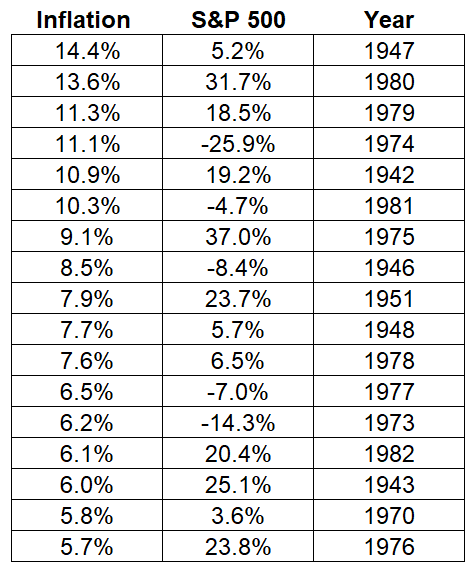 The average returns for the S&P 500 in these years were 9.4%. That’s basically the long-term average over the past 90+ years.

Eight out of the 17 years were double-digit returns. Nearly one-third of the time, returns were more than 20% when inflation was the highest.

Obviously, those returns were lower on a real basis after accounting for the higher inflation. But it’s not like it’s a total disaster for stocks when inflation runs hot.

It does make sense the stock market would hold up in an inflationary environment if you think about it from the perspective of corporations. It’s not like most companies willingly eat higher prices themselves. Most of them pass along those higher prices to their customers.

That’s how prices rise in the first place.

So input costs rise but so do profits. In fact, some of the highest earnings growth historically occurred in the 1940s and 1970s.

What do these two decades have in common?

Both decades experienced high rates of inflation (as you can see from the table above).

It is worth pointing out the 1940s and 1970s weren’t exactly the greatest decades for the financial markets. But the following decades in the 1950s and 1980s saw extraordinary bull markets.

I’m not going to pretend to know what comes next when it comes to price levels in the economy. Your guess is as good as mine.

But if inflation is higher going forward than it had been in the recent past it’s not automatically a death sentence for the stock market.

Further Reading:
How to Hedge Against Inflation