The U.S. stock market is far from cheap at the moment.

This shouldn’t be a surprise considering the S&P 500 is up 12 of the past 13 years (including this year) including a gain of 100% from the Corona crash lows in just 15 months.

According to the Shiller CAPE ratio, the U.S. stock market is now as expensive as any time in its history save for the dot-com bubble: 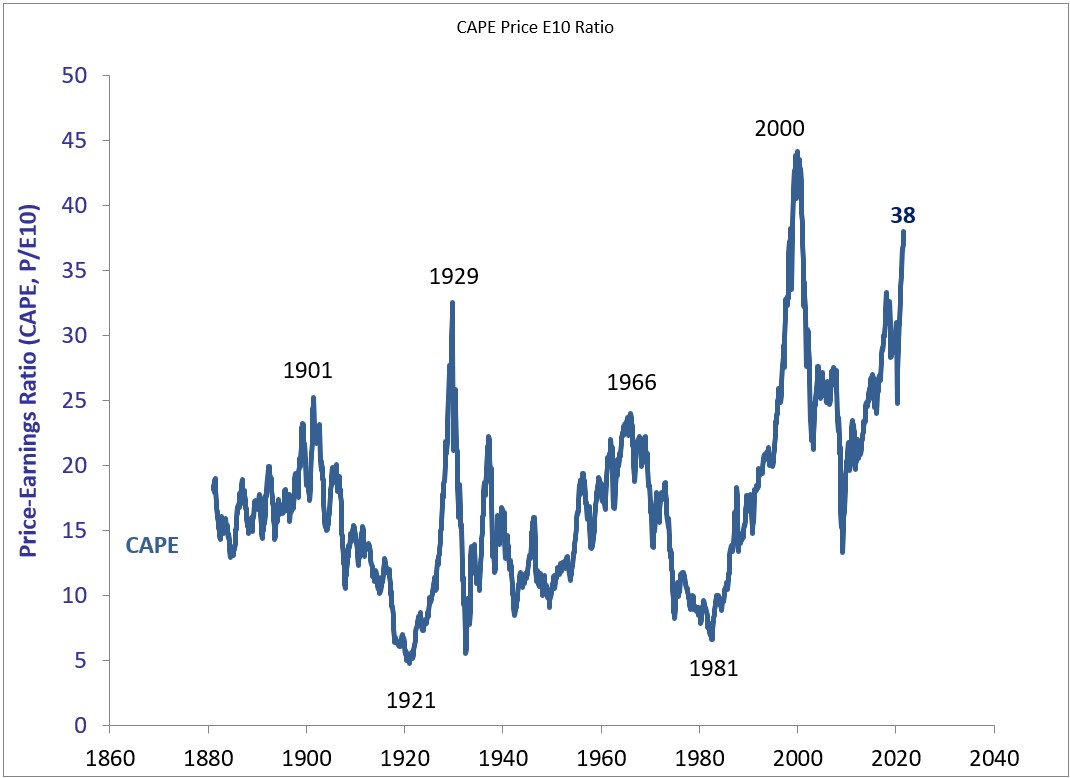 Assuming no changes in earnings (a big if but just go with me) we’re less than 16% from those levels.

I cannot predict the future but it’s not a stretch to say we’re likely to see the highest valuations in stock market history at some point during this cycle.

While it would be foolish to call the stock market anything but expensive right now there is some context required here.

The JP Morgan Guide to the Markets has some excellent charts that do just that. Here’s a good one that shows a number of different valuation measures compared to their 25-year averages: 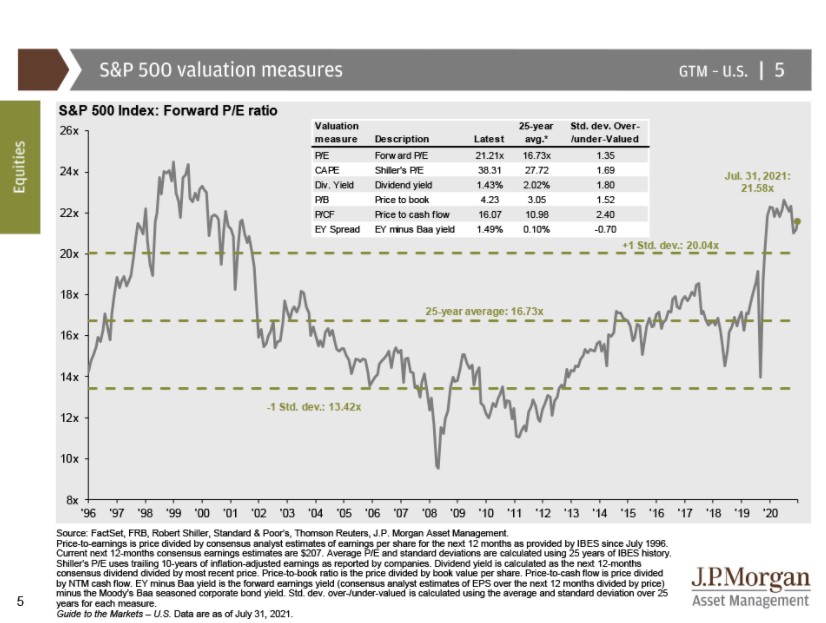 Valuations are certainly in the upper band even when measured against the past 25 years, which has been a time filled with higher-than-average historical valuations.

Here’s one that may surprise you though — this year we’ve actually seen multiples on the S&P 500 contract: 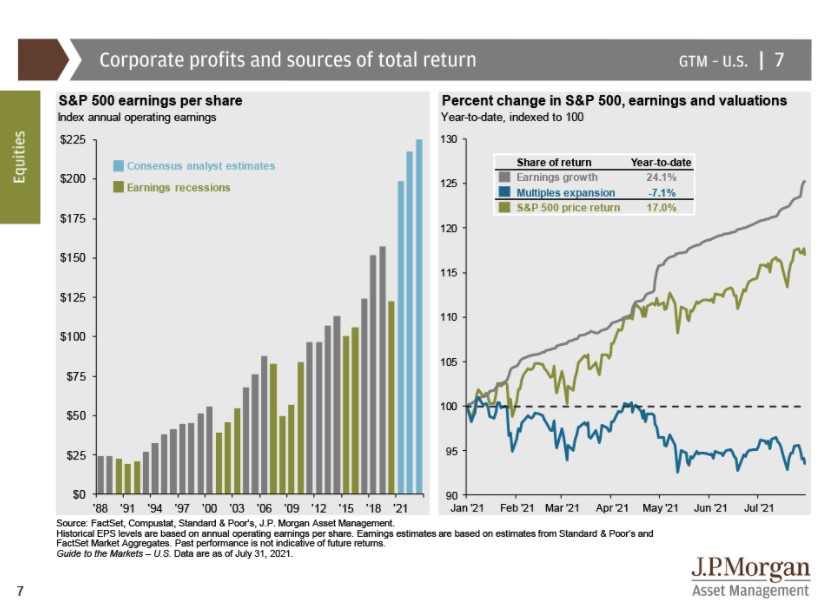 There is a good reason for this. The stock market is rising because fundamentals are improving. Earnings have come roaring back from the recession (per Sam Ro): 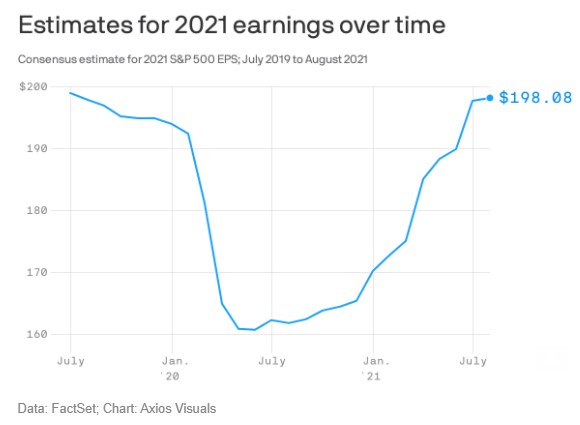 This chart is unbelievable.

OK, I believe it but I’m not sure how many people would have believed it in the spring of 2020. Effectively, the stock market was right to take off like a rocketship coming out of the crisis. It basically predicted this massive earnings rebound.

I would also be remiss if I didn’t mention the elephants in the room when it comes to the stock market.

Apple, Microsoft, Amazon, Google and Facebook are now collectively worth more than $9 trillion (up from $1.1 trillion when Facebook went public in 2012). 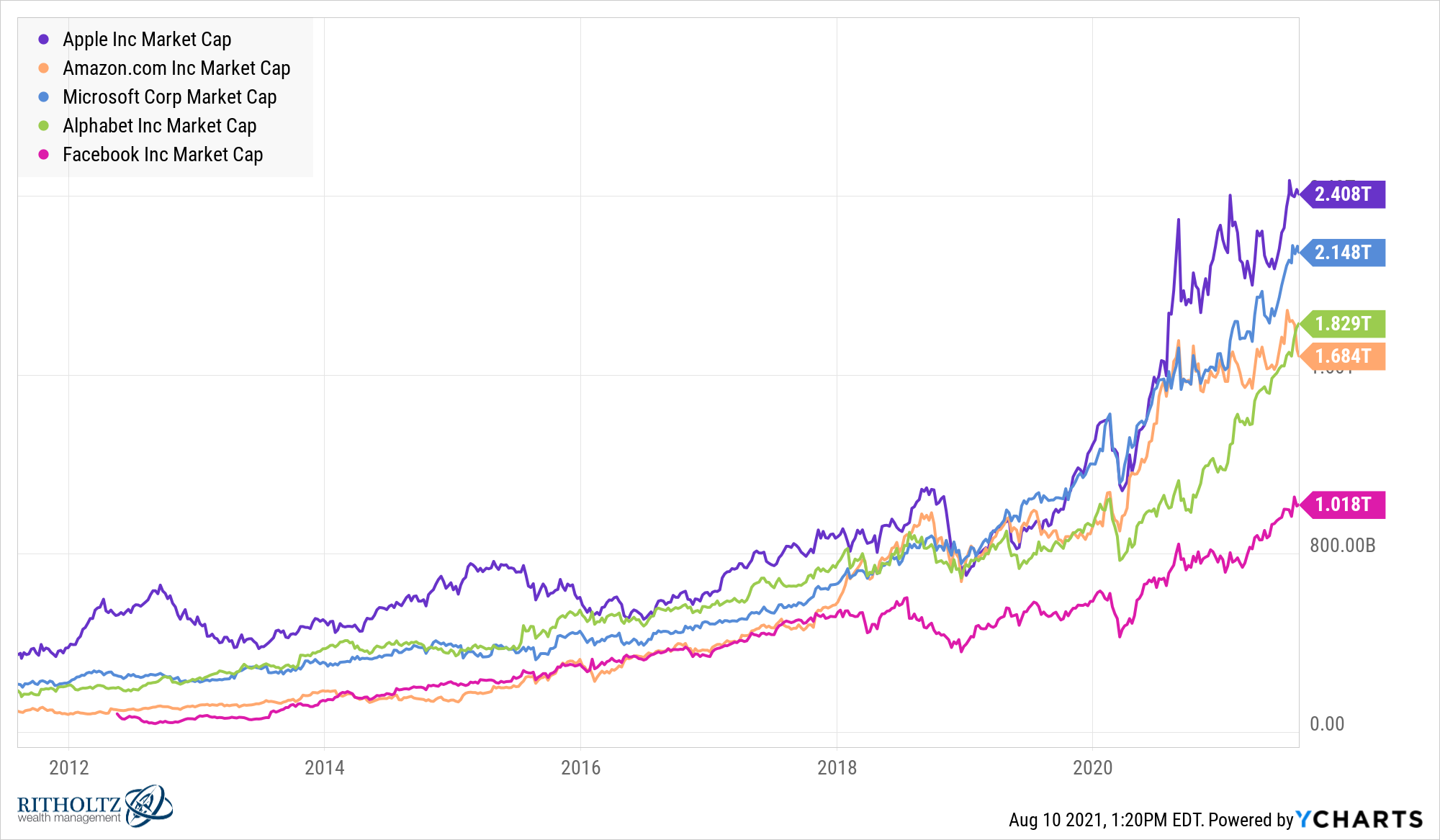 In many ways, these companies are the stock market right now. Or at the very least, they’re going to have a say in the direction and fundamentals of the market because they have such an outsized market share.

JP Morgan also broke out valuations and earnings by the top 10 stocks in the S&P (which also includes Berkshire Hathaway, Tesla, Nvidia, JP Morgan and Johnson & Johnson) and everything else: 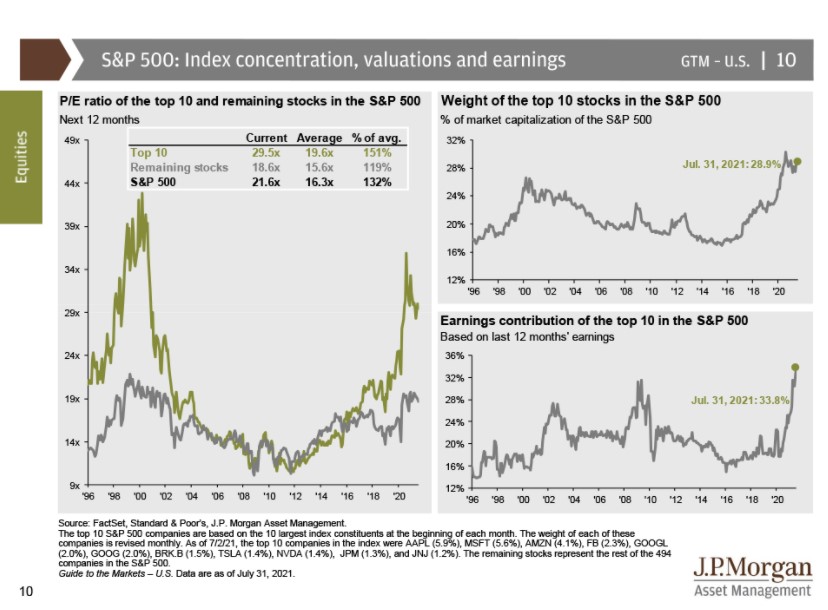 The top 10 stocks are now close to 30% of the market. This sounds scary until you see they contributed 34% of the earnings over the past year. These companies are huge for a reason.

They’re also expensive for a reason. You can see once you take away the top 10 holdings, the valuation of the other 490 or so stocks doesn’t look all that bad.

How about one more chart to drive this point home: 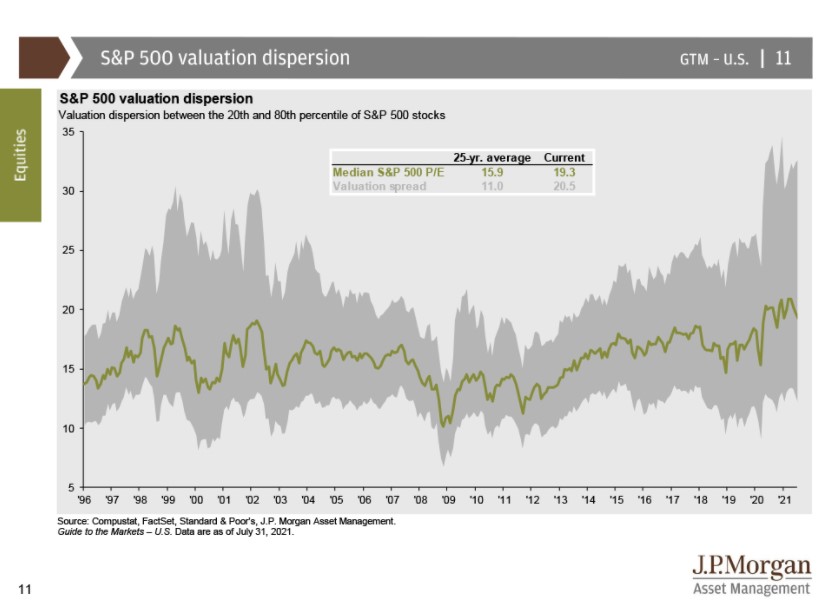 This shows the median S&P 500 P/E ratio is now even higher than it was in the tech bubble. But look at the dispersion around the median. There is a wide range between the top and bottom quintile of stocks.

With interest rates so low and the market at all-time highs, I would almost be more worried if the stock market wasn’t expensive.

But there are good reasons for the overvaluation in the U.S. stock market right now.

This doesn’t mean returns have to stay high but it also doesn’t guarantee a second-coming of the dot-com crash is inevitable.