Investors were recalibrating the stock market and world economy at an obscene pace.

And then it was done, off to the races as the stock market took off and never looked back, reaching new highs a little more than 100 trading sessions later.

Back in the heat of the March 2020 crash I ran the numbers on how long it takes to make your money back after a bear market: 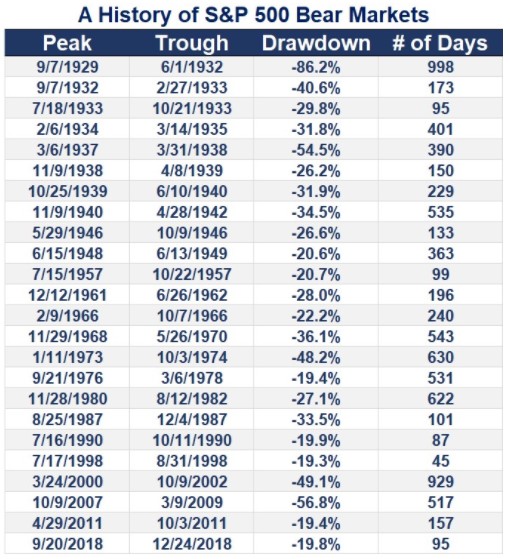 Here’s what I wrote at the time:

There have certainly been fast-moving markets in the past but the latest V is a sight to behold: 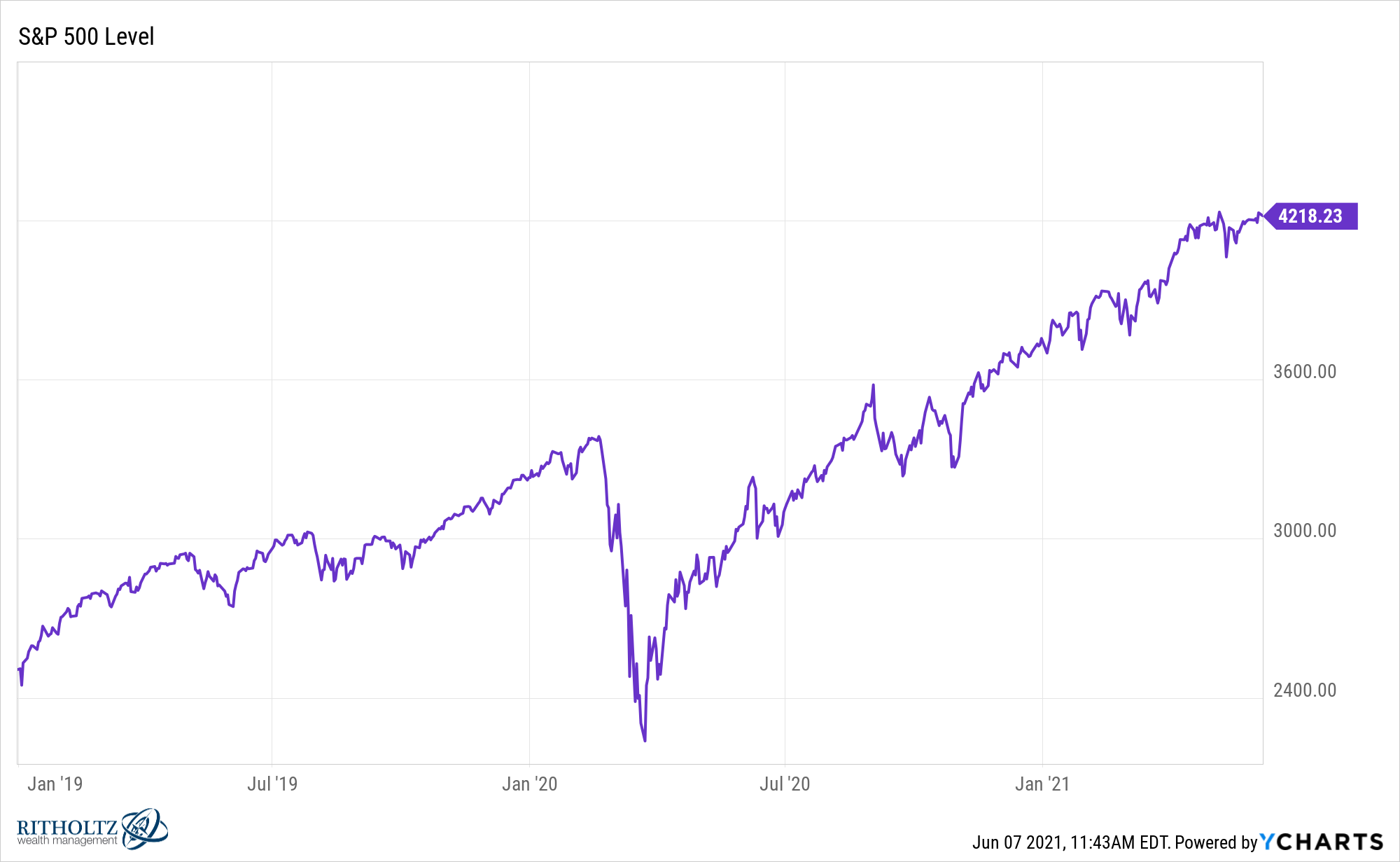 The speed of both the crash and subsequent recovery caught a lot of investors off guard.

There were plenty of old school investors who were licking their chops, planning on buying distressed assets on the cheap. There were trillions of reasons this didn’t happen thanks to the Federal Reserve and U.S. government.

I cannot predict the future but I do wonder if the future of bear markets will be different going forward.

What if both crashes and recoveries are faster in the future?

Here’s the case for this:

Technology is making everything faster. It’s hard to believe people used to check the evening news to see how the stock market did in the not-so-distant past. Now you can track every stock known to man every second of the trading day.

The re-pricing of assets happens faster than ever now that we all have the ability to trade, communicate and share opinions from the supercomputers that fit in the palm of our hands.

There are some elements of the current speculative boom that are eerily similar to the late-1990s dot-com bubble. But the message boards of the late-1990s pale in comparison to the coordinated meme stock attacks of today’s social media networks. Professional investors or regulators have never dealt with armies of Reddit traders like this before.

It’s like the speed limit on the markets just went from 35 mph to 70 mph but many investors are still stuck in the 35 mph mentality.

The Fed is inextricably linked with the markets now. Last week it was announced the Fed would begin gradually selling the corporate bonds and ETFs they began purchasing during the onset of the crisis.

Considering the tens of trillions of dollars in the credit markets, the Fed’s $13.7 billion portfolio is tiny by comparison. But it’s not the absolute dollar amount that matters; it’s the fact that the Fed has set this precedent.

Every crisis brings with it new tools from central banks for fighting said crisis. The next time they will simply buy more because that’s what the market will expect. And they will still lower rates and buy treasuries and mortgage bonds as well.

And if the Fed doesn’t bring the bazooka out the market will likely force their hand.

There’s no going back now.

Fiscal stimulus is here in a big way. It’s entirely possible the pandemic will be looked at as the moment in time the United States first went down the path to universal basic income.

Just look at the results from the latest round of payments (via The New York Times):

Among households with children, reports of food shortages fell 42 percent from January through April. A broader gauge of financial instability fell 43 percent. Among all households, frequent anxiety and depression fell by more than 20 percent.

“We see an immediate decline among multiple lines of hardship concentrated among the most disadvantaged families,” said H. Luke Shaefer, a professor at the University of Michigan who co-authored the study with a colleague, Patrick Cooney.

Not only did those checks help keep the economy afloat, but they have also helped reduce poverty.

I don’t see how people aren’t clamoring for those checks during every downturn in future cycles. Voters will demand it.1

Market psychology. The speed of the Corona crash could also have psychological implications on how investors view future bear markets, at least for a cycle or two. If investors assume an implicit backstop from the government and the Fed, they will likely step in much sooner to buy during a downturn.

Of course, this psychology could lead to the undoing of this theory.

Stability itself can lead to instability because it causes investors to take even greater risks. This is especially true with elevated valuations and depressed interest rates.

I don’t think this is a scenario where recessions or bear markets are completely taken off the table. In fact, it could lead to more volatility in the markets, just in shorter bursts.

Flash crashes and air pockets could develop that see stocks crash a large amount in a short period of time.

Absent the ability to predict the future, the best you can do as an investor is to prepare for a range of outcomes.

Nothing is guaranteed but I do think a combination of faster markets, increased central bank intervention and more fiscal stimulus could change the nature of bear markets going forward.

I’m sure many of you are shaking your head at this idea. I know the John Templeton quote:

The investor who says, ‘This time is different,’ when in fact it’s virtually a repeat of an earlier situation, has uttered among the four most costly words in the annals of investing.

Human nature is the one constant in the market.

But Templeton once told the New York Times, “When people say things are different, 20 percent of the time they are right.”

I don’t know if bear markets will really be different this time. But there’s a good case to be made that faster markets are here to stay.

1Political will is the potential bottleneck here.