Demographics are tricky to use as a catalyst for many asset classes but housing is pretty straightforward. As people age, roughly two-thirds of them eventually settle down and buy a house.

I never bought into the idea that most millennials would never buy homes. It may be happening later in life but you knew it was coming because that’s what most people do.

Demographics are destiny in housing.

This week the U.S. Census released some new population that help drive home this point. They break down the U.S. population by age so I calculated the most populated ages in both 2010 and 2020: 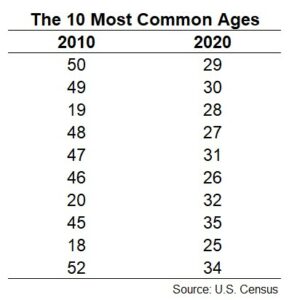 Every single age in the top 10 in 2020 fell in the range of 25 to 35. It just so happens most people set out on their homebuying journey in their late-20s or early-30s. The millennials are taking over.

It’s also interesting to look at the changes from 2010 in the various age brackets by the distribution of the population: 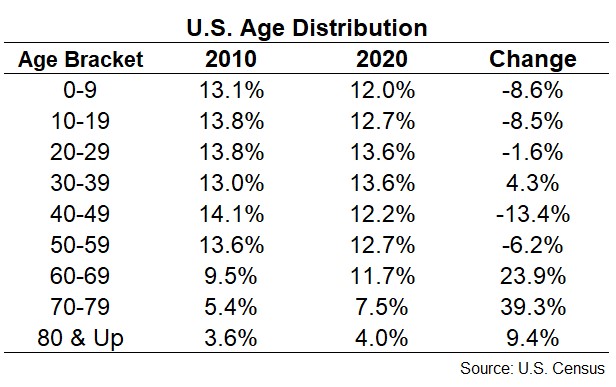 A few things stand out:

What happens when all of the retiring baby boomers decide to downsize or move elsewhere or pass along their house to the next generation?

Bill McBride at Calculated Risk weighed in on each large demographic this week. This is a great chart showing the continued growth in the 20s and 30s cohort in the years ahead: 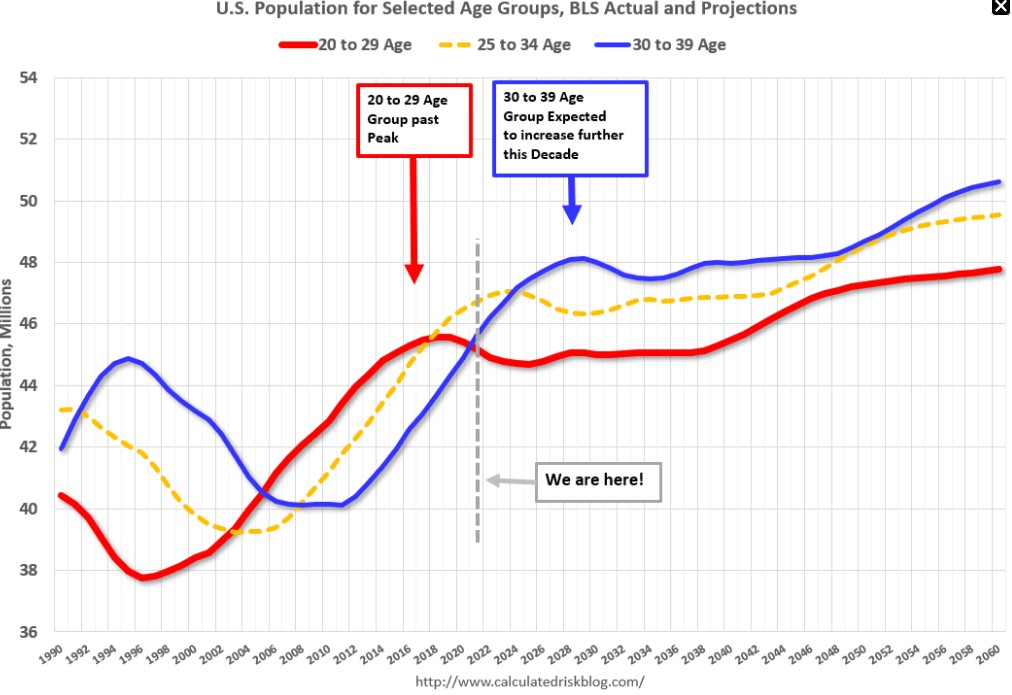 If you’re hoping for a housing crash to buy at lower prices you could be waiting a long time. There is going to be a steady stream of 20 and 30-somethings looking to put down roots for the rest of this decade.

But when will the boomers start putting pressure in the other direction by helping out the supply shortage?

My sense is there will be a pickup in Boomers selling their homes in the 2nd half of the 2020s and lasting until 2040 or so. These homes will be older – and most will need updating – but many of these homes will be in prime locations. We should also see a pickup in retirement community construction during that time period.

Hopefully some more supply will come on the market in the latter half of the 2020s but this seems like the kind of trend that will take some time to play out.

This one is also harder to gauge in terms of market impact.

How many boomers will actually sell their homes? How many of these houses will be passed onto the next generation?

We’ve never had such a huge demographic live as long as baby boomers are going to so this will be something new.

If you’re waiting for a flood of supply to hit the housing market, it could be a while.

Further Reading:
Has There Ever Been a Worse Time to be a Homebuyer?