Robert Shiller was one of the first researchers to ever assemble the long-term data on U.S. housing prices. This shows the real (after-inflation) change in prices going back to the start of the 20th century: 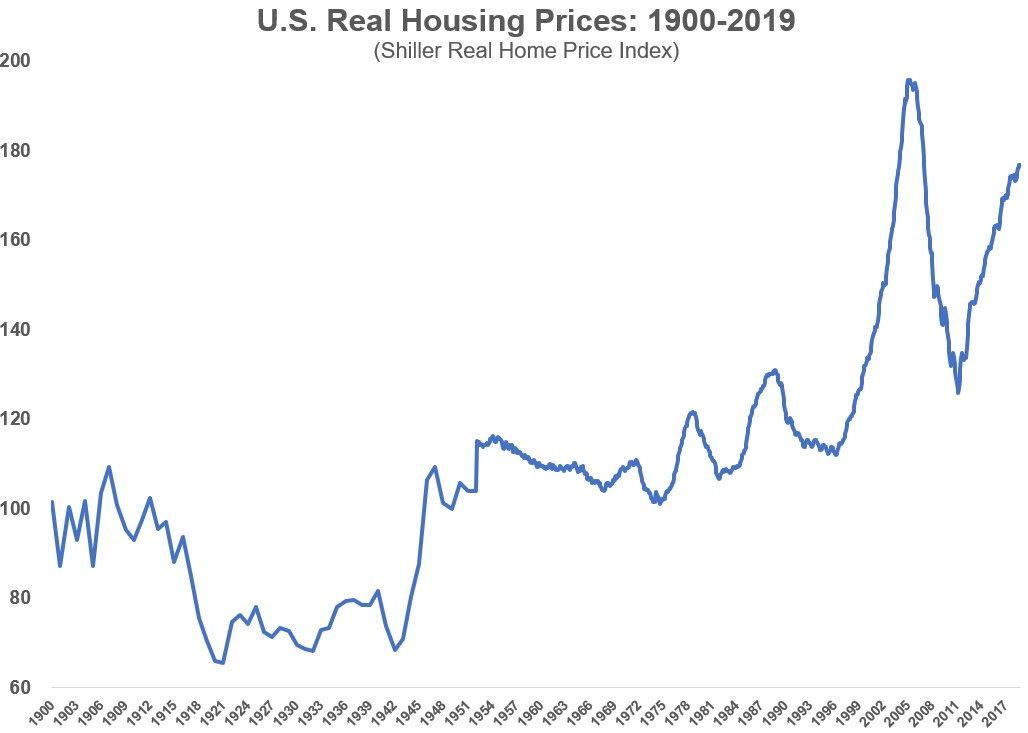 I’m not sure how accurate the numbers are pre-WWII or so but you can see the values are all over the map in terms of long-term cycles.

Then from 1997-2019, real housing prices were up 57% or around 2% per year. And those numbers include the fallout from the housing boom and bust.

Some would say the takeaway here is that housing makes for a lousy long-term investment.

There’s certainly an argument to be made for that claim when you consider all of the ancillary costs associated with homeownership — property taxes, upkeep, maintenance, insurance, renovations, landscaping, closing costs, etc. Owning a home involves more consumption than almost any investment on the planet.

But it’s also not an easy calculation considering you have to live somewhere and the numbers get tricky when you include things like leverage and implied rent. Plus there’s the fact that location and timing can make-or-break the long-term financial outcomes involved in real estate.

Last week the U.S. Census Bureau released updated the homeownership rate for the United States through the end of June: 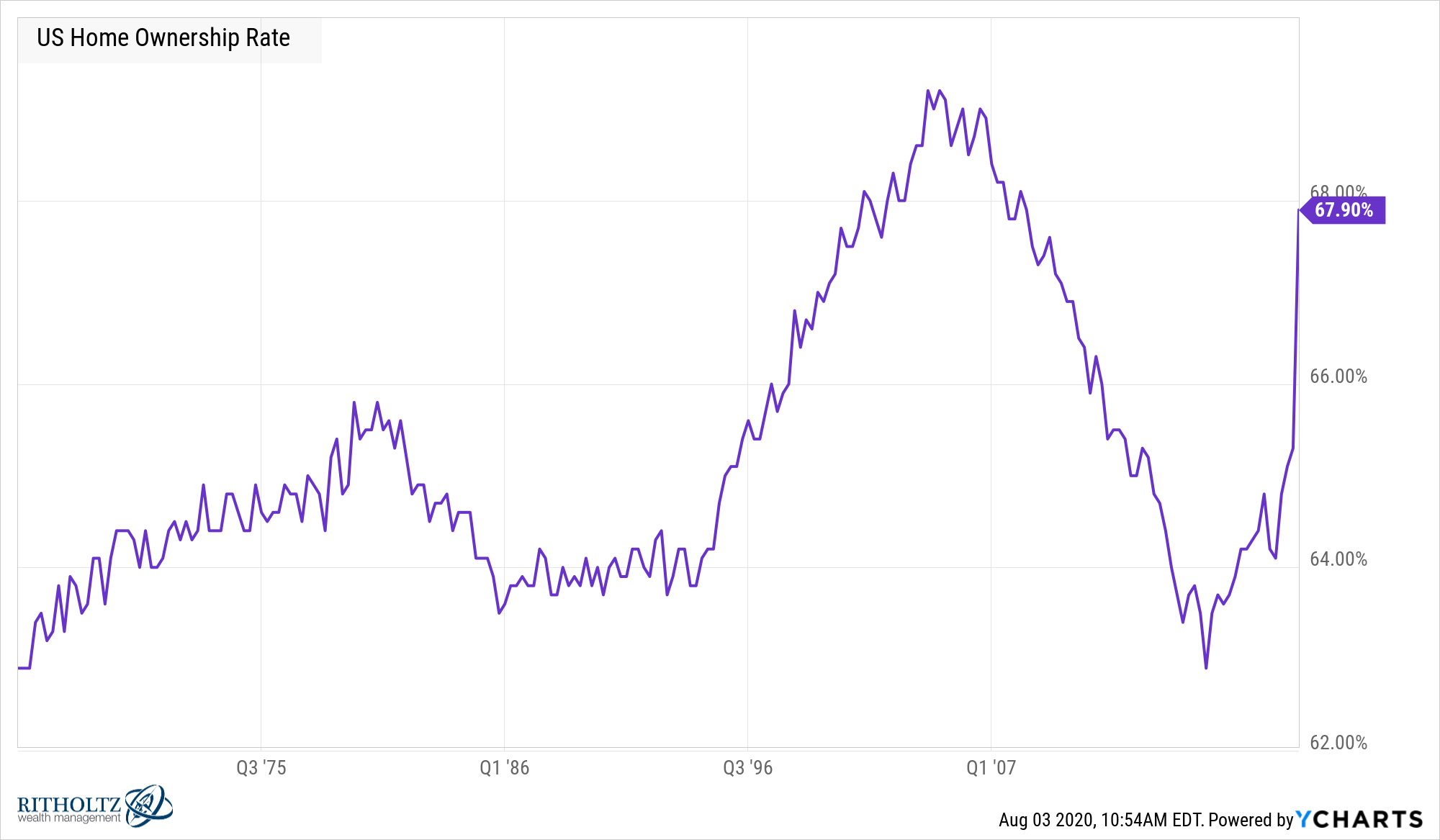 Look at that spike in the data. It looks like a basket of Zoom, Peloton and Wayfair since the end of March.

It’s still way too early to tell what the long-term ramifications from the pandemic are going to be but one thing is for certain — it’s speeding up trends in the real estate market. I think we could look back at the pandemic as a turning point for the housing market.

There is a real possibility real estate could be one of the dominant assets of the 2020s. Here are some reasons why:

Millennials. Young people are settling down later in life because they are going to school for longer, had to deal with a housing bust, and graduated in and around the Great Financial Crisis. But millennials were going to begin doing adult things eventually.

That means buying houses, even if it comes later in life than it did for their parents. Millennials are now the biggest demographic in the country and will dominate the most common ages in the country for years to come:

The oldest of this generation will turn 40 next year (that’s me sadly). Most millennials were going to buy a home anyways but the pandemic has sped up the timeline for many.

And pandemic life has made more space and a yard more attractive.

Interest rates. I’ve been harping on this a lot lately, but borrowing rates have never been lower: 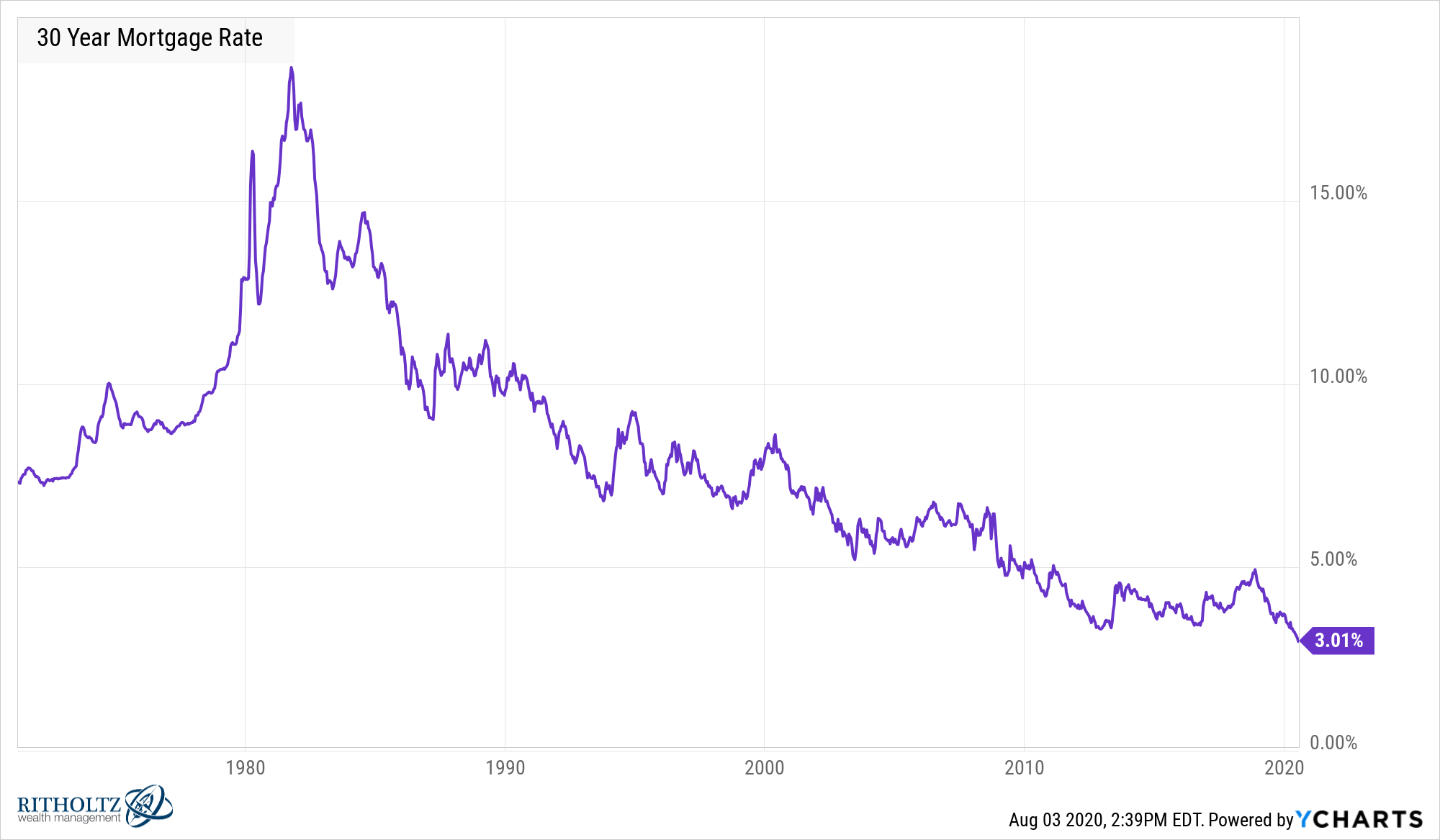 Even if housing prices have risen in this time, lower borrowing rates have kept things more affordable than most people realize. And if the Fed has their way it sounds like rates are going to stay low for a number of years.

Supply is constrained. The hangover from the bursting of the 2000s housing bubble is still being felt when it comes to the supply of homes in this country: 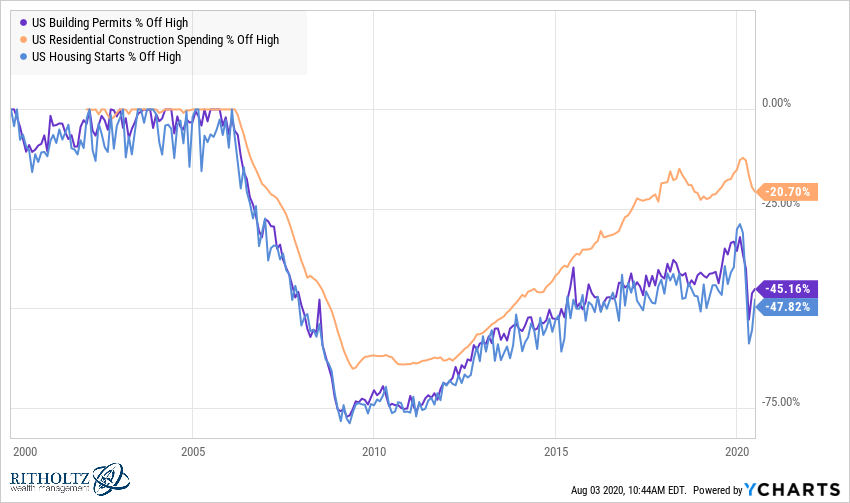 New single-family homes for sale are finally on the rise but are still barely at the levels seen in the early-2000s while existing home inventories basically went nowhere for the entire 2010s: 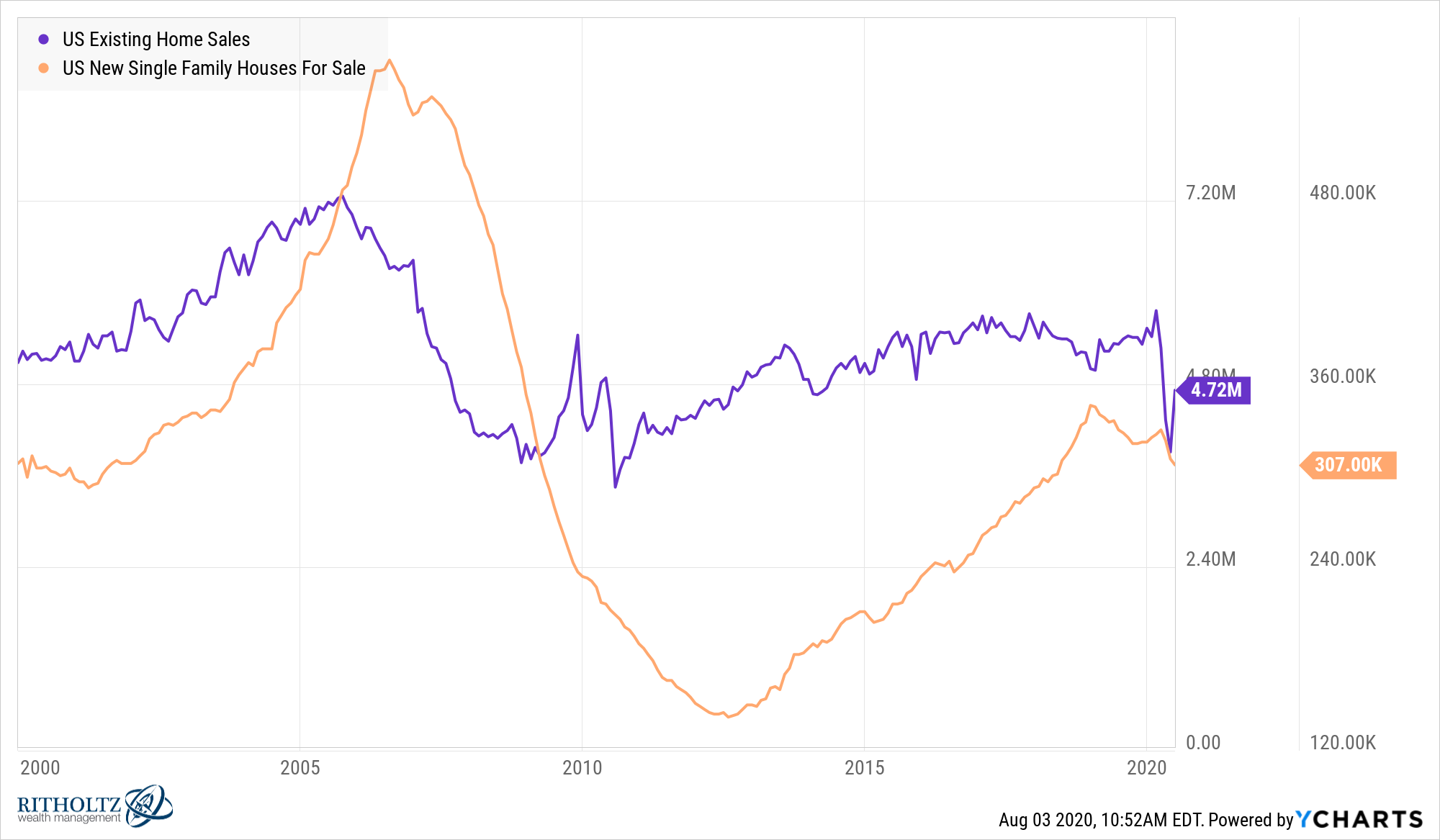 My guess is a combination of retiring baby boomers who need to tap their biggest asset (their house) for retirement funds and millennials who need a home will help these numbers rise in the coming years.

And if builders don’t start making more homes available, prices will keep rising to account for the increase in demand.

The work from home trend. I’m not ready to call for the death of big cities like some are now doing. That’s taking things a step too far. Big cities will be fine over the long haul.

But there could still be a nasty transition period as employers and employees alike realize they don’t all need to live and work in big cities to be productive. Untethering employees from a specific location will allow them to move to more cost-effective areas and potentially change the housing dynamics for a large group of people.

This won’t happen for everyone but for more established employees I could see working from home as the next big benefit or perk as a reward going forward.

Housing is a tricky asset to look at on a countrywide scale because there are going to be winners and losers depending on the area and economic outcomes.

But I think there is a case to be made for the housing market being one of the best-performing assets of the 2020s if these trends continue.

Further Reading:
How Will the Crisis Impact Housing Prices?

1A lot of this has to do with the number of deflationary panics and depressions in the early-1900s.