It’s taken on a life of its own and when this many people are paying attention to something there is bound to be misinformation and misunderstandings.

So I wanted to look at what I feel are some of the biggest overreactions to this story:

Markets aren’t completely efficient and they never have been. But no one really knows what GameStop is truly worth and people who claim to know what it should be priced at are just guessing.

Burton Malkiel has my favorite take on this:

Markets will never be fully efficient because humans are the ones who make a market. But they’re still hard to beat. Just ask Melvin Capital.

This doesn’t disprove the idea that markets are more or less efficient as much as it shows how random they can be in the short-term.

Robinhood shutting down trades was not some grand conspiracy. It makes for a good story that Robinhood was in cahoots with the hedge funds.

And the morning they announced the ban of trading in certain stocks did feel fishy.

Alas, the true story is far less nefarious than some people believe.

This is a combination of highly volatile stocks interfering with the internal plumbing of the way trades settle (good explainer here) and a company that simply grew too quickly and was undercapitalized for this type of situation.

Robinhood has been taking on customers at a rapid pace. They’ve experienced problems numerous times throughout the past year. They became synonymous with getting people to trade and it came back to bite them.

Even Alanis Morissette would find it ironic how the company that pushed people to overtrade is now seeing its brand tarnished from people overtrading.

But that doesn’t mean Robinhood was working with the Illuminati on this one.

The company just wasn’t ready for primetime when it came to explaining what happened and why. Leadership at the firm could use some help with crisis management.

(I have no idea why they didn’t just say what they said in this press release from the outset).

Short sellers are not all evil. Personally, I’m not wired to be a short-seller because I’m more of a glass-is-half-full kind of guy. But short-sellers can serve a purpose in the markets.

Short-sellers can help keep out of control corporate management in check. They can also help discover fraud, as was the case with companies like Enron and Lehman Brothers. And they pay interest on the shares they borrow which reduces fees on things like index funds and ETFs through short lending.

This instance was more a case of hedge fund investors who took risks they shouldn’t have. Hedge funds were the dumb money and they got called on it.1

But this doesn’t mean we should ban all short-sellers. Do some short-sellers try to push down the price of certain stocks?

Of course, just like certain long-only investors try to talk up the stocks they own.

Also, short-sellers have gotten destroyed ever since the 2008 crash. It’s not like these people have been crushing it. The stock market generally goes up over time so this is a strategy with negative expected returns.

Hedge funds did not get bailed out in 2008. Some people are claiming hedge funds are just getting bailed out again. This is not true. Plenty of hedge funds failed in 2008 and every year since.

In fact, hedge funds as a group have performed terribly since the 2008 crisis.

But I do understand why people lump the hedge funds in with the banks. “Wall Street” is a catch-all term used to describe a group of people who seem to have built-in advantages.

Right or wrong, hedge funds and the “suits” are being used as a lightning rod and I completely get it.

People are still angry about how the 2008 crisis played out and what has transpired ever since. Trust in the system is faltering. This GameStop ordeal was like a coiled spring for the anger and resentment that has been building from the growing wealth inequality in this country. 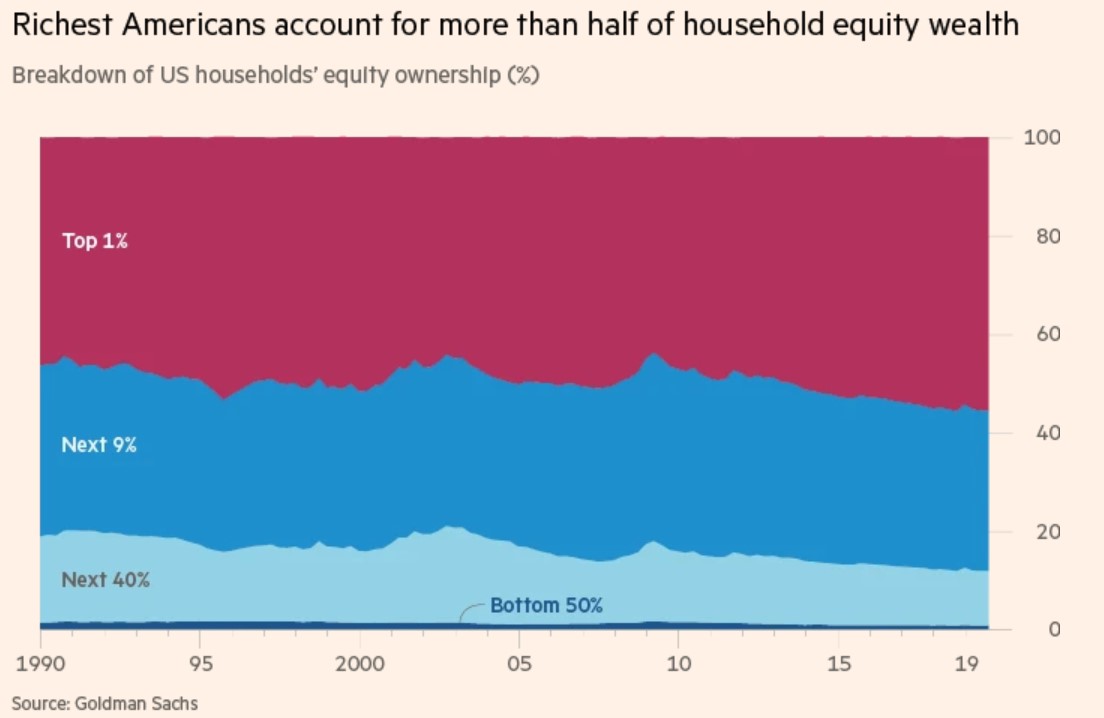 The biggest mistake our government made following the 2008 crisis was not putting any of those crooked bankers in jail. Instead, the banks got bailouts and many of the executives that caused the crisis walked away will hundreds of millions of dollars in bonuses for their troubles.

One of my biggest worries from this situation is more people will lose faith in the stock market and financial system.

Markets can be crazy and feel unfair in the short-run. But the best way to beat the system and the hedge funds is not to avoid the markets but to use them to your advantage by thinking and acting for the long-run.

No matter what happens with GameStop from here, that will never change.

I’ll have more to say on this in the coming days because I’m already hearing from people who now think the deck is stacked against them when it comes to investing.

In the meantime, please keep the faith.

1At least the ones short GME at the outset. Now they are all piling in and taking advantage on the long side.