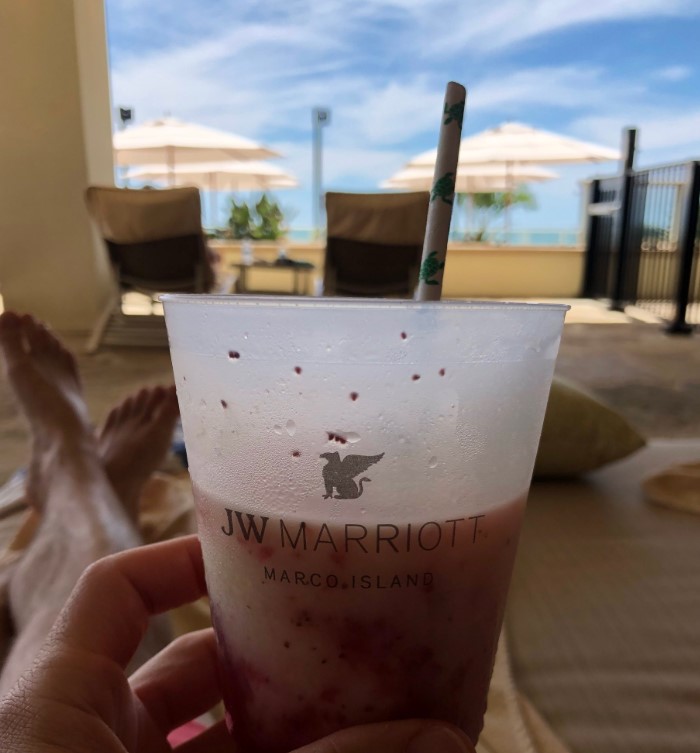 My wife and I took our first real vacation away from our kids last year which was two years after the birth of our twins.

We found an excellent resort in Florida that we enjoyed so much we re-upped to go back this year. Our trip was planned for the middle of April.

We make plans and Covid laughs.

When our vacation dreams were dashed the worst part (other than not enjoying a post-lunch drink by the pool followed by a cat nap) was all of the ancillary experiential benefits that were taken away.

The trip itself is always lovely but we didn’t get the anticipation of the vacation or the memories and stories it brings about.

For years researchers have been showing through the science of happiness that experiences give you a bigger bang for your buck than material purchases.

Experiences make us happier because they involve sights, sounds, social interactions and nostalgia. A trip, a concert, a sporting event, a special night out on the town or a party with close friends will make you much happier than spending money on stuff.

I don’t know when we’ll go on that type of trip again. Could be a year, maybe more.

This is one of the reasons the uncertainty around the pandemic is so troubling. It’s almost impossible to anticipate good times right now because there is a dark cloud hanging over the majority of the best experiences.

One study looked at the spending habits of Americans to find a link between what people buy and what makes them happy. The category that had the highest happiness quotient by far was leisure, which includes such activities as vacations, movies, sporting events, and gym memberships.

Guess what many people can’t do at the moment — go on trips, go to the movies, watch their favorite sports team play or workout at the gym.

There is a legitimate reason we can’t do such things right now but I can’t imagine how this situation is affecting the collective psyche of people all around the globe. Add this to the fact that millions of people are out of work and there is an inordinate number of reasons to be miserable.

Our species has of course been through much worse than this and come out the other side but we have to be in a massive happiness bear market right now.

The entire concept of happiness is often counterintuitive even during normal times.

According to Jonathan Rauch in his book The Happiness Curve:

A pandemic is pretty much the worst-case scenario for making people happy.

So how is anyone supposed to be happy right now? Maybe we’re not. I don’t know. But here are some thoughts along with some research about how to be a little happier during an awful time:

Love the one(s) you’re with. According to Michael Norton and Elizabeth Dunn in Happy Money, “Research shows that experiences provide more happiness than material goods in part because experiences are more likely to make us feel connected to others.”

It’s difficult to socialize as we could in normal times so it’s more important than ever to find ways to enjoy your time with those you can spend time with.

Taco Tuesdays or thirsty Thursdays with the ones you love can bring about more happiness than you may realize.

Enjoy your lack of a commute. Research shows the average household spends roughly 20% of their income on transportation while the number can run as high as 40% for low-income households.

Income would have to rise by over one-third to make up for the happiness deficiency of someone going from a 20-minute commute to no commute.

Working from home could be an enormous boost to happiness from a flexibility perspective but the biggest bang for the buck could come from a lack of a commute if you’re lucky enough to work remotely.

Savor the garbage time. Jerry Seinfeld discussed the ridiculousness of “quality time” in an interview about Father’s Day a few years ago:

I don’t need any special days. I mean they’re all special. We spend a lot of time together and I enjoy every second of it. Again, I’m a believer in the ordinary and the mundane. These guys that talk about “quality time” – I always find that a little sad when they say, “We have quality time.” I don’t want quality time. I want the garbage time. That’s what I like. You just see them in their room reading a comic book and you get to kind of watch that for a minute, or a bowl of Cheerios at 11 o’clock at night when they’re not even supposed to be up. The garbage, that’s what I love.

I’ve had more garbage time with my kids over the past few months than I could’ve imagined before the pandemic hit. At times it’s been a struggle trying to balance work and family but we’ve created so many memories this year through forced time together.

I love the garbage time with my kids far more than the planned stuff that never works out as perfectly as you’d like.

Try to be thankful for what you have. Rauch’s research shows gratitude can increase optimism, happiness and even physical well-being. Grateful people have been known to be healthier and even sleep better.

The simple act of writing a thank you letter or email can improve two lives — the sender and the receiver.

Enjoying life’s little pleasures. This crisis is exacerbating wealth inequality so it’s difficult to have an attitude of “it could always be worse” when a small percentage of the population is doing so much better. But even those at the top end of the wealth scale have a difficult time translating their money into happiness.

Dunn performed a study of working adults in Belgium. Wealthier people had a much harder time appreciating life’s little pleasures like taking in the sunset during a beautiful hike or savoring some time away for a weekend getaway.

Lots of people feel rushed and stressed right now. It’s hard to be present for life’s little joys when there’s so much to worry about but the little things are more important than ever right now.