There were a number of reasons for the large losses in financial markets this past year — the Fed went on a rating hiking rampage, bond yields rose a great deal, inflation hit 40 year highs, there was a war and about a dozen other factors.

However, there was also an Occam’s razor answer for the losses in financial markets in 2022.

Sometimes the reason asset prices fall is because they went up too much in the first place.

You can’t expect gains to be that high forever. Markets don’t work like that.

The gains and losses were even more pronounced for many of the high-flying funds and individual stocks. 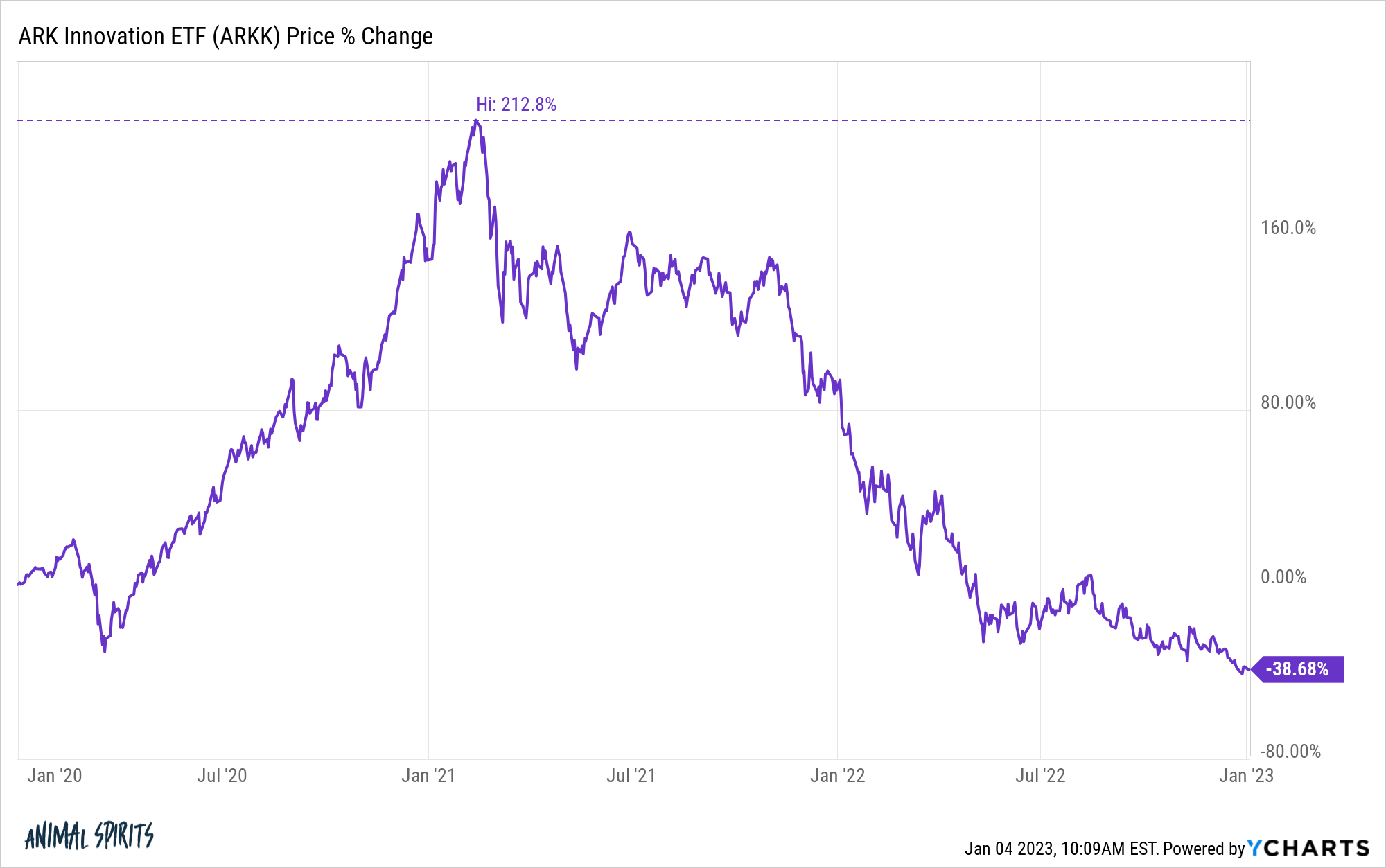 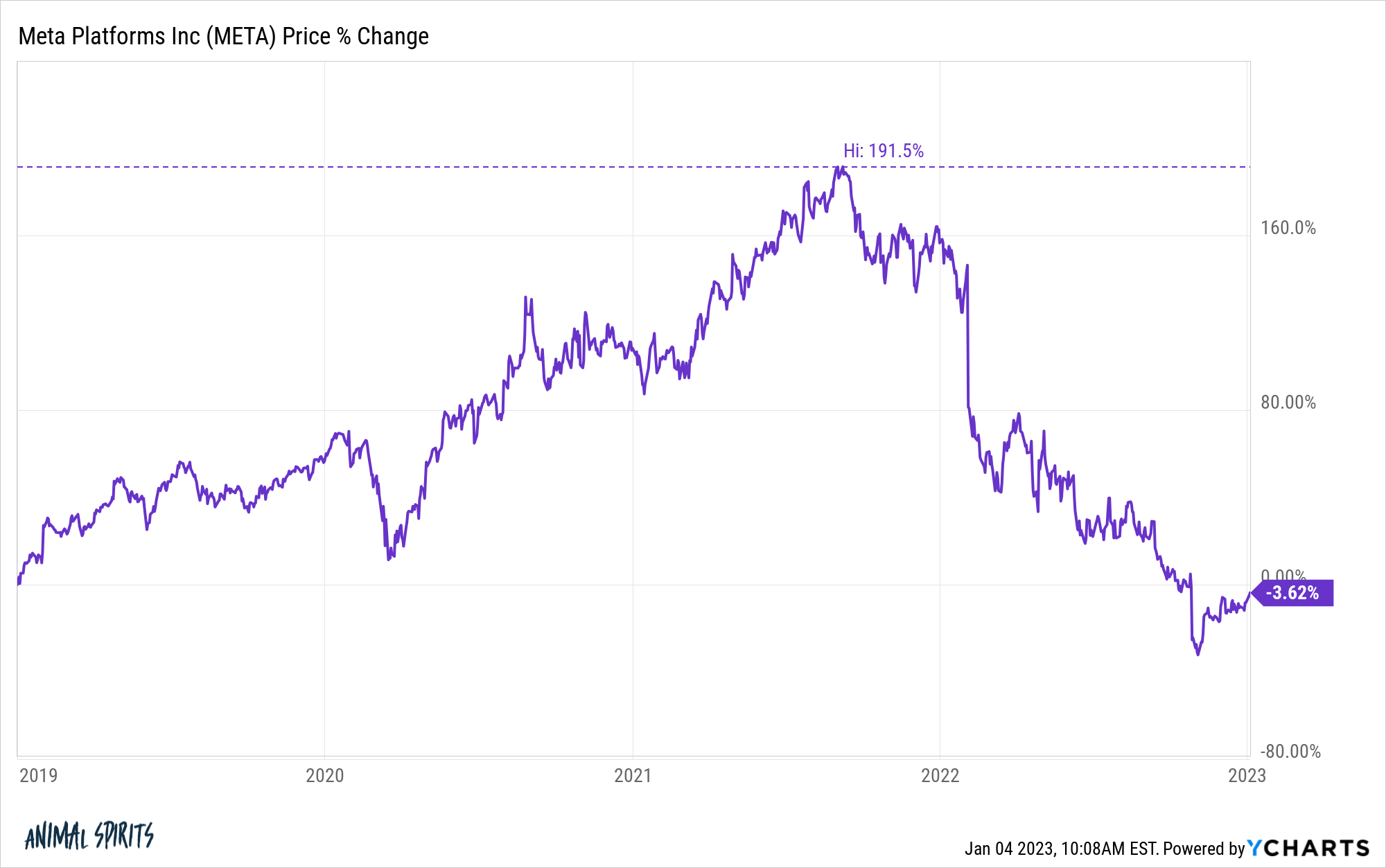 How could a stock like NVIDIA get cut in half in 2022?

How could Tesla crash 65% for its worst year ever as a public company?

I could go through countless other examples of stocks with similar return profiles that got wrecked in 2022 — Amazon, Netflix, Paypal, Shopify, Peloton, Zoom, Carvana and a host of others.

We have a tendency to extrapolate the recent past indefinitely into the future, so the pendulum almost always swings too far in both directions.

The highs usually go too high and the lows usually overshoot to the downside.

The hard part about mean reversion is it doesn’t operate on a set schedule. The human psyche is not as reliable as physics.

You could be right about the eventual direction of an asset but completely off on the timing because it’s impossible to predict regime changes with precision.

Alan Greenspan coined the phrase irrational exuberance about the stock market in December 1996. He was right about the idea but wrong about the timing.

Stocks did eventually crash, but from the time of his speech through the end of the 1990s, the S&P 500 would rise an additional 100%. The Nasdaq was up nearly 220% from there.

Big gains and big losses are part of the deal when investing in the markets because we humans can’t help but take things too far. Unfortunately, our emotions are so unpredictable that it’s difficult to time the wild swings in either direction.

Just know that you can’t expect to earn huge gains year after year without a high probability of huge losses to follow.

1I know this is not the real reason but it works here so just go with it.