At the Berkshire Hathaway annual meeting in 2021, Charlie Munger was asked about the pandemic and subsequent economic recovery.

He admitted, “If you’re not a little confused by what’s going on you don’t understand it. We’re in unchartered territory.”

The stock market and economy are always confusing on some level no matter the environment but the landscape since 2020 is unlike anything we’ve ever seen before. I’m confused as well because there are so many things going on right now that are counterintuitive, contrasting and hard to pin down in terms of the ramifications.

For instance, interest rates are rising at a healthy clip these past few months.

That’s bad because the government borrowed trillions of dollars. When they roll over some of that debt that means more of the government’s budget will be going towards borrowing costs to service government debt.

But inflation is also high which effectively means some of that debt is being inflated away. That’s basically how we paid off the bill from World War II, through a combination of inflation and higher economic growth.

Rising interest rates are also bad for consumers who are taking on debt because it increases the monthly payments and the interest paid over the life of the loan.

Higher interest rates are bad for bonds in the short-run because bond prices are inversely related to interest rate movements. 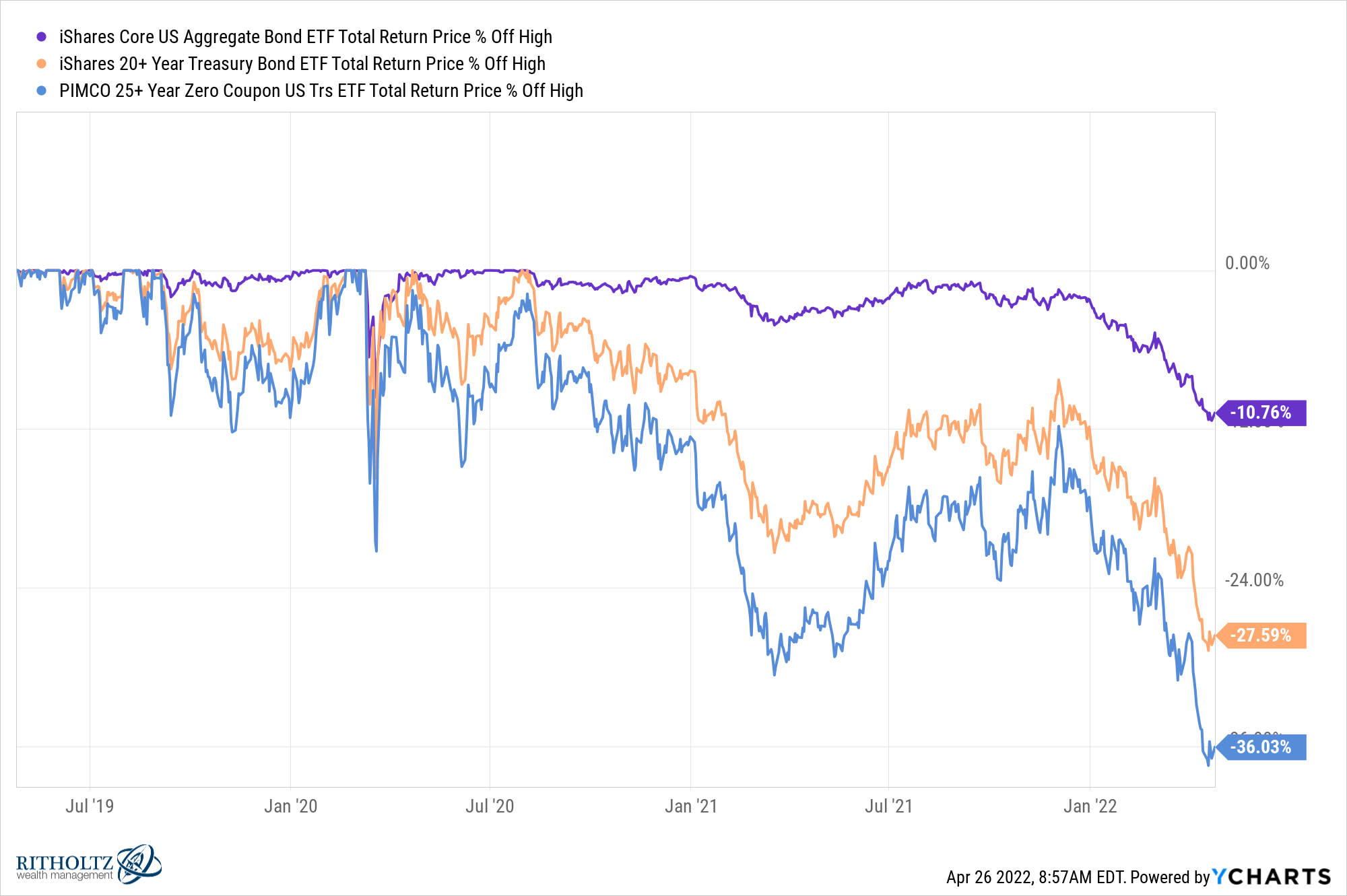 But higher rates are a good thing in the longer-run for bonds because investors can now earn higher yields on their fixed income investments. One year treasury bonds are now yielding 2%. The 2 year has a yield of 2.6%.

These aren’t move-to-the-beach-and-live-off-the-interest levels just yet but it’s better than the pandemic lows of 0.04% and 0.09%, respectively for these bonds. 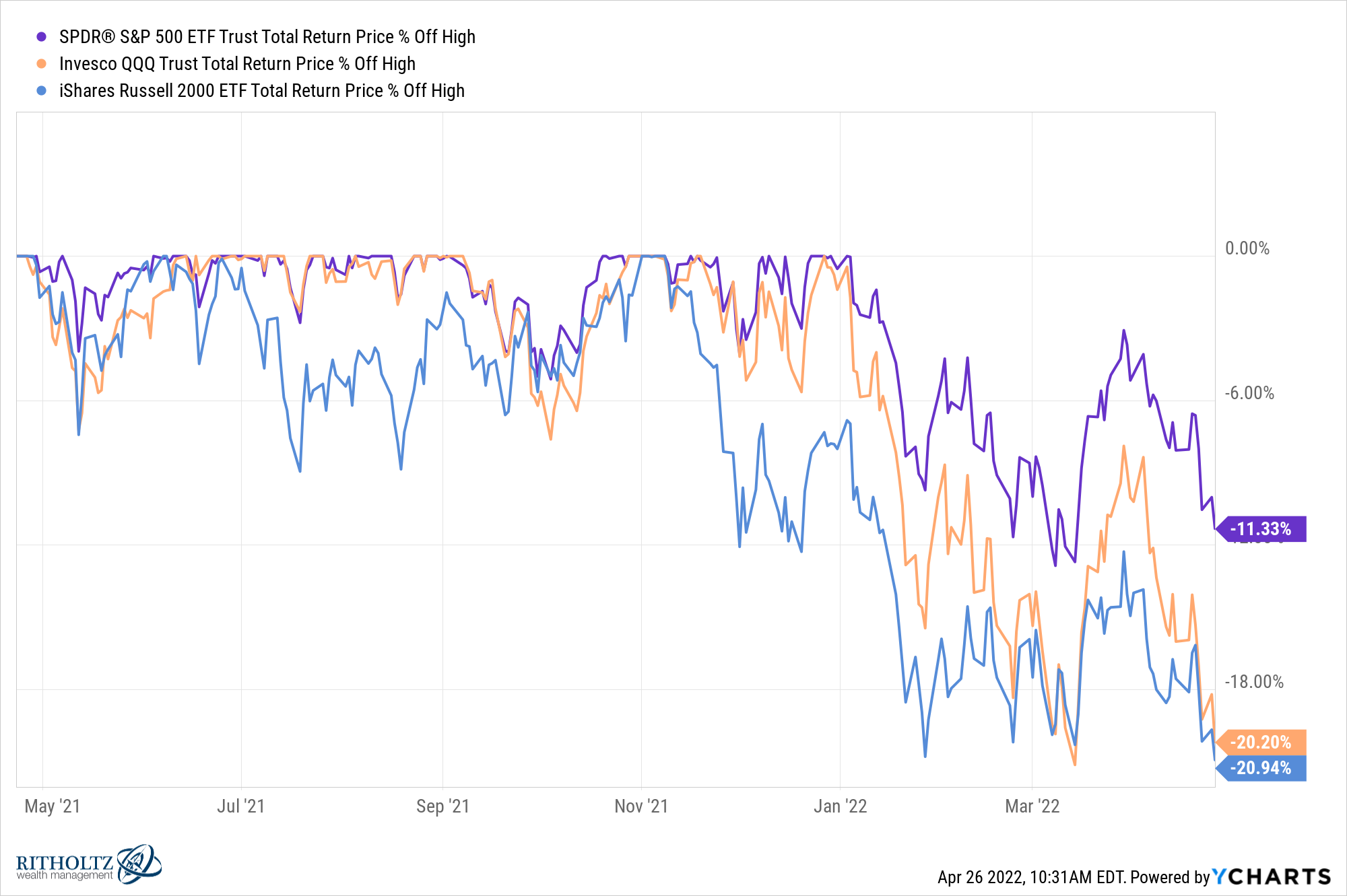 Some investors don’t like to see their stock portfolios down so there could be some panic selling and a move into safer assets.

But the bond market is also down, even worse than stocks in some sectors, so there could be some panic selling in bonds as well.

Will that money go from stocks to bonds or will it go from bonds to stocks or maybe from both to cash? I don’t know!

I do know this is something diversified investors haven’t had to deal with in a very long time (maybe never for anyone who has been investing for the past 50 years or so?).

While stocks are falling, so are valuations: 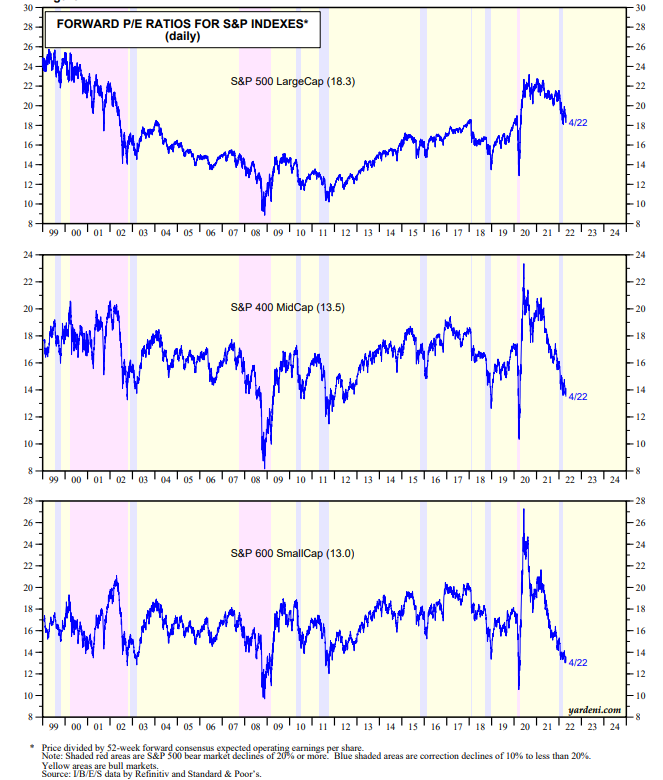 This seems like a good thing until you realize valuations tend to be much lower when inflation is higher.

It’s also true the stock market has given investors lower than average returns during inflationary regimes. 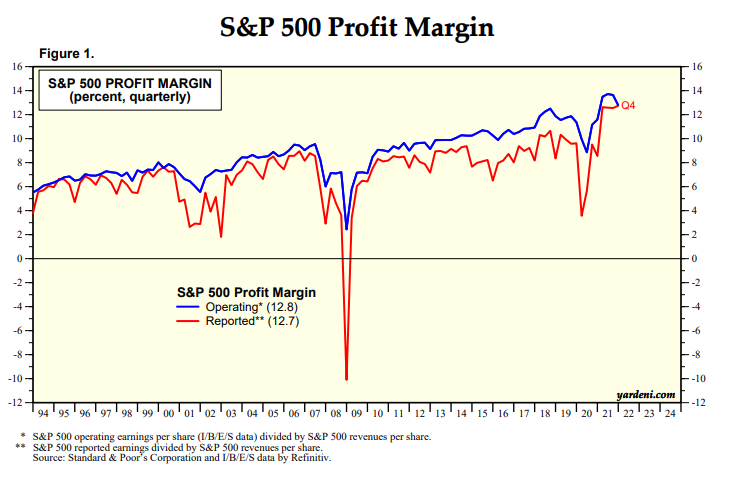 CEOs love to complain about inflation but then simply pass those costs along to consumers in many cases. Corporations might be able to weather the storm better than they could in the past.

The Fed has signaled they will be raising interest rates for the foreseeable future to put a lid on inflation. It’s certainly possible they could get to 2% or 3% on the Fed Funds Rate in the next 12-18 months.

But what if the market has already done the heavy lifting for them? 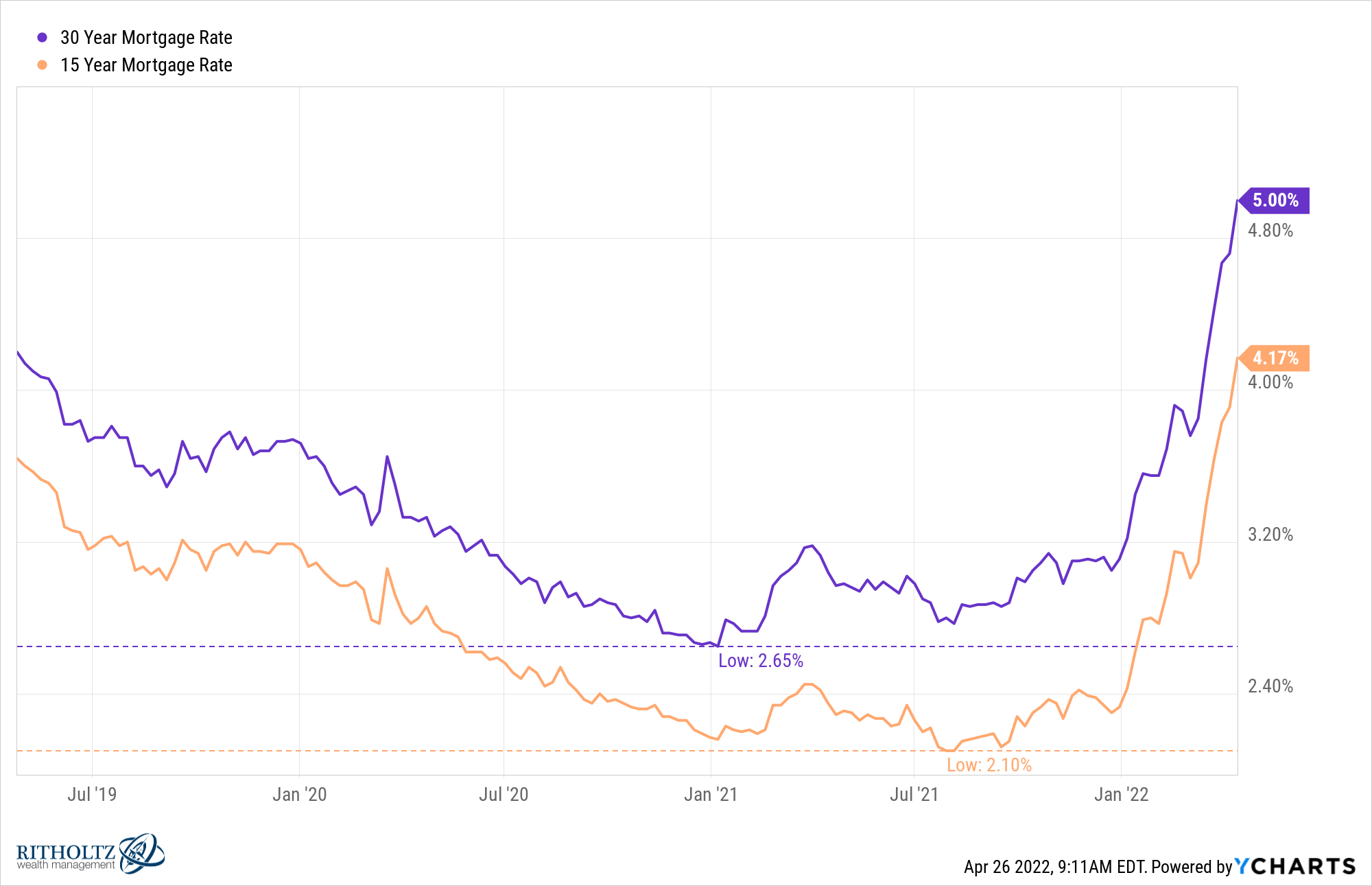 The banks aren’t waiting on the Fed to get to a more “normal” level of rates. They’ve already normalized.

Could we actually see the Fed raising short-term rates while intermediate-term and long-term rates are falling in the years ahead? I wouldn’t rule it out if the Fed is successful in slowing things down.

When you combine higher mortgage rates with booming housing prices, you get monthly mortgage payments that have never been higher: 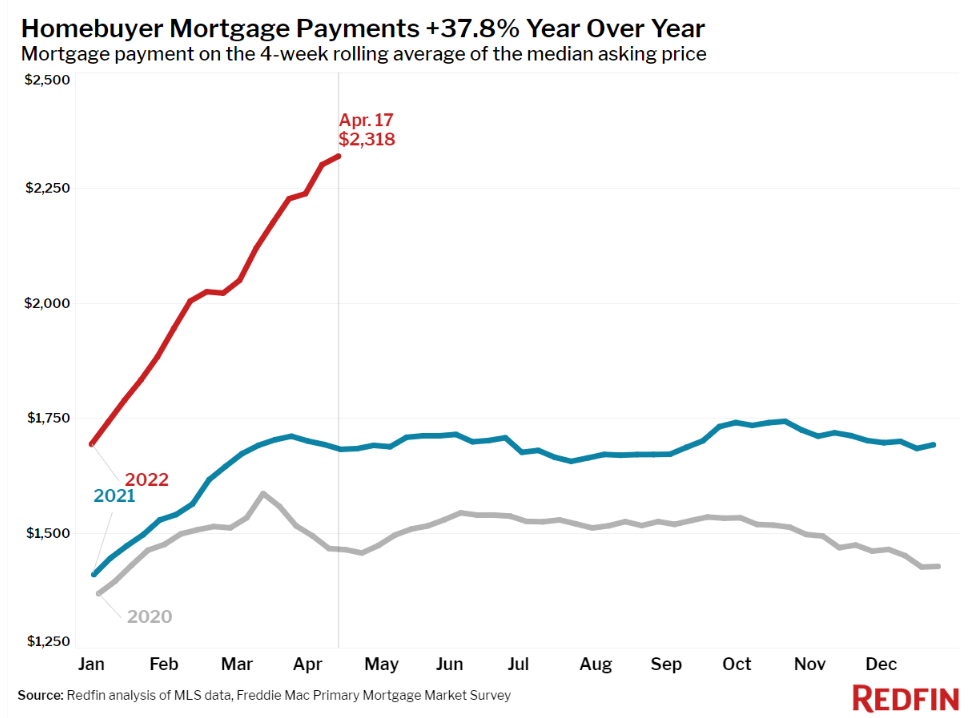 It’s really expensive for anyone in the market for their first home right now.

This is obviously a bad thing for people wanting to buy a house but what about all of the people who already own? Most of them have a low rate at a lower price point already locked in: 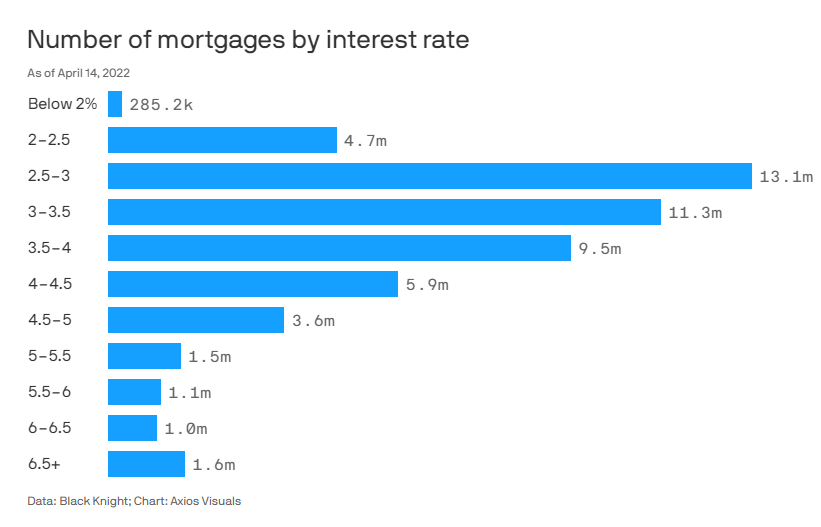 If you own a home you’re in a much more advantageous position to either stay put with your lower rate and built-in equity or use that equity to help with a down payment on a new home.

However, if higher mortgage rates are here to stay for a while that could change the equation. It could slow prices or even bring them down in certain areas as buyers balk at the higher monthly payments. It could also keep supply low as homebuilders slow construction and current homeowners decide they don’t want to trade up from a 3% mortgage to a 5% mortgage.

And maybe that keeps a floor under prices.

It’s also hard to tell what will win out in a battle between rising mortgage rates and higher inflation.

In theory, housing is a great hedge against inflation not just because your monthly payment is fixed, but also because the price of materials and labor goes up. Those costs moving higher should make current homes worth more in comparison.

However, inflation at these levels makes it harder for many households to get by because prices are outpacing wages for most workers. 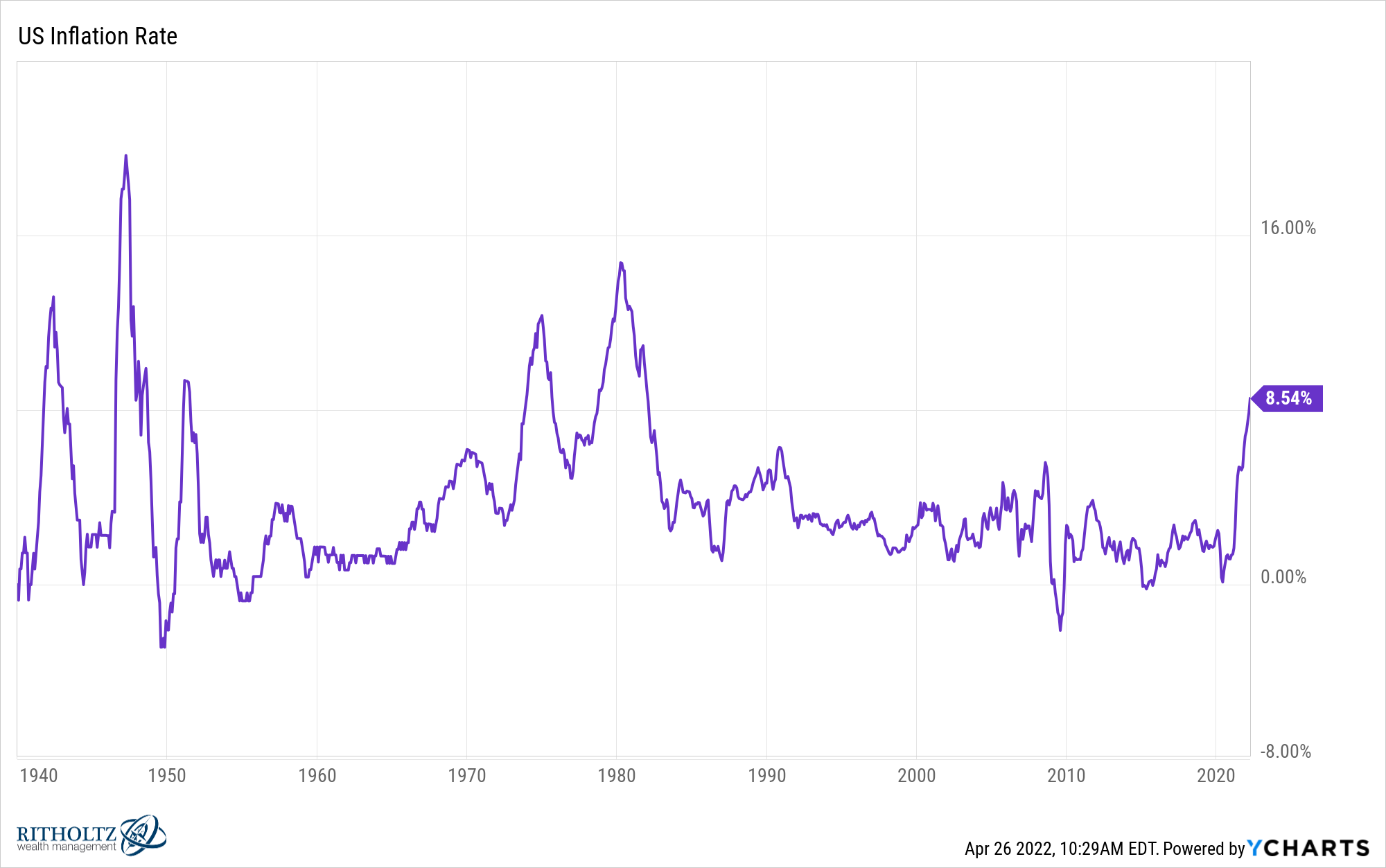 People hate rising prices and for good reason. Many people are now falling behind.

The silver lining is households have been repairing their balance sheets ever since the Great Financial Crisis decimated them.

Households now hold more cash on their balance sheets than debt for the first time in 3 decades.

The counter to these stats would be that much of that cash sits in the hands of the wealthy and the lowest households on the wealth scale don’t have that luxury.

But wages are rising for the lowest income cohort much faster than all other groups: 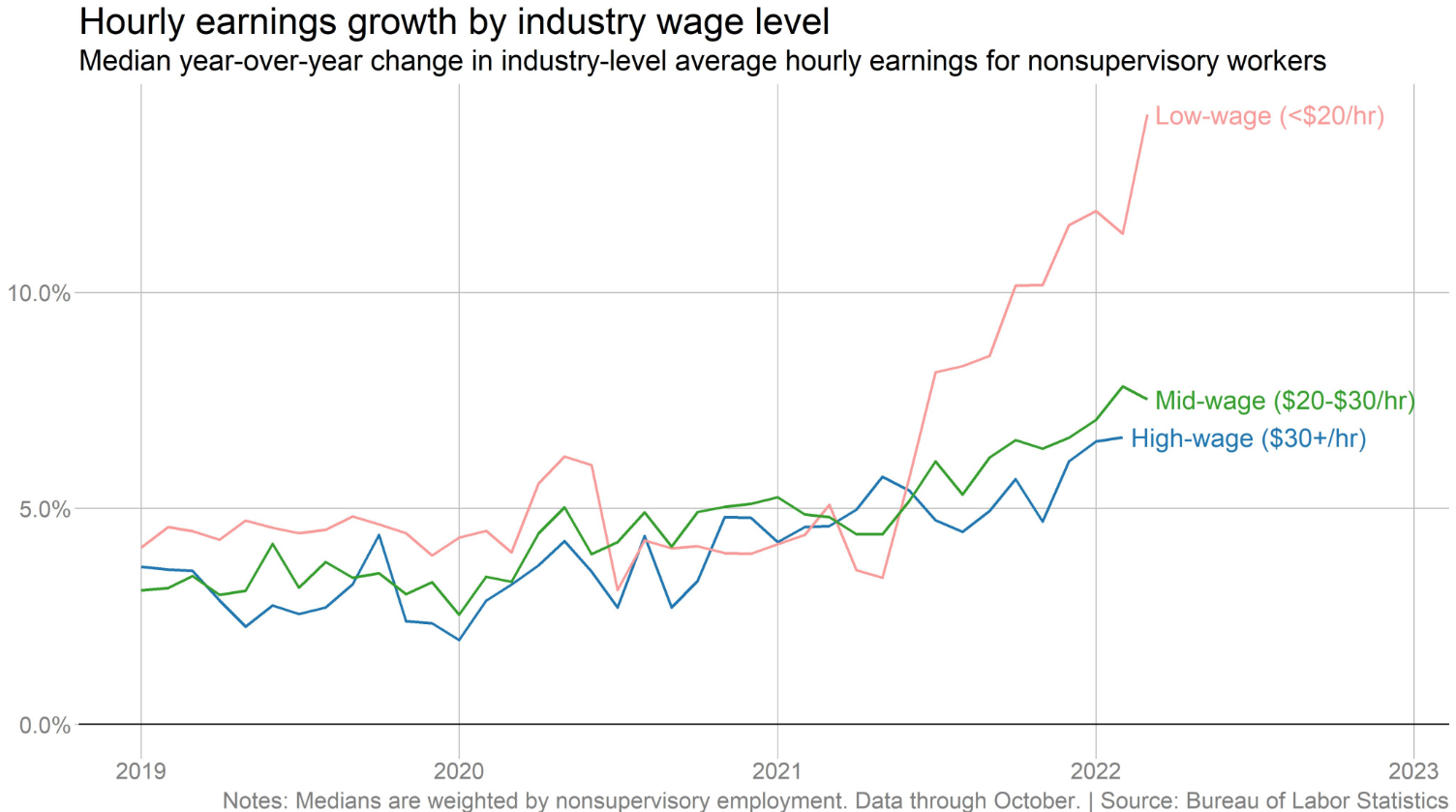 You could make the case it’s the middle class that has been getting squeezed the most during this recovery.

Add it all up and it’s hard to have a lot of clarity about where we stand right now when it comes to the markets or the economy.

Some people are convinced we’re heading for a recession and market crash.

Pundits will tell you there is a 40% chance of just about anything occurring at any moment.

I’m having a hard time wrapping my head around the implications of the current environment.

Further Reading:
What the Labor Market Means For the Stock Market