I get mildly annoyed when I see a story these days about a person who took a wildly speculative bet in the markets that paid off and made them rich overnight.

Don’t get me wrong, I’m not salty about other people making money. Money doesn’t discriminate between slow and methodical saving and crazy speculation. A gain is a gain.

Good for you if you made a boatload of money in a hurry.

My problem with these stories is the sheer amount of survivorship bias involved. For every winner we learn about who made a killing on options or meme stocks or shitcoins, there are thousands and thousands of people who got crushed or lost it all trying to get rich quickly.

In the Instagram world of only sharing the best parts of yourself, there aren’t nearly as many stories on the downsides of speculation.

On last week’s Yellowstone episode, ranchhands Lloyd and Walker were forced to fight until they no longer have any energy left to get out their aggression with one another. 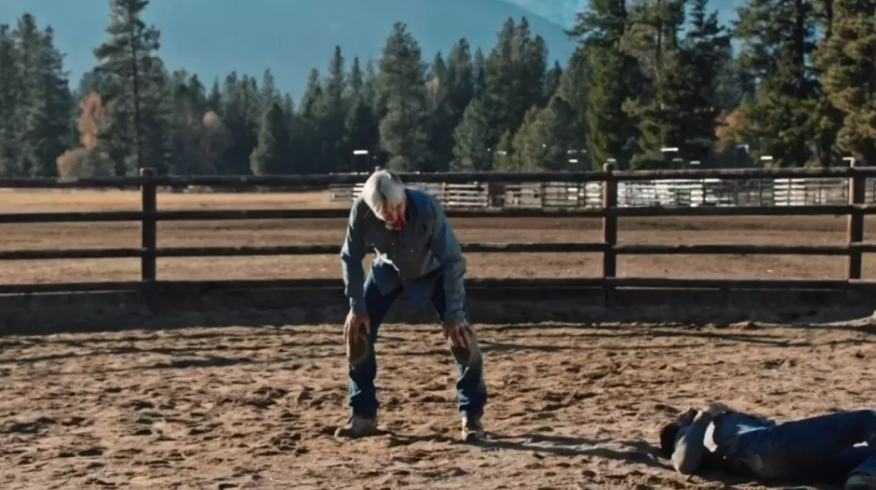 Rip Wheeler (unquestionably the best character on the show) says to the new kid on the ranch, “The only painless way to learn this lesson is to watch it.”

It’s much less painful to learn from the mistakes of others.

So it was refreshing to read this story from Vice written by a guy who lost his life savings betting on Alibaba call options.

I don’t take pleasure in the financial pain of others but hearing cautionary tales of what happens when speculation goes awry can be useful for those considering taking a huge bet with their life savings.

This guy’s story reminds me of the person who never partied in high school that decides to go crazy their first weekend in college:

It’ll come off as stupid, but I consider myself conservative from an investing perspective. I had $300,000 in a high-yield savings account, and I made like $1,000 a year on it, which was ridiculous, but ​​I had been following the market pretty constantly.

Unfortunately, he took these savings and bet it on call options tied to Alibaba. 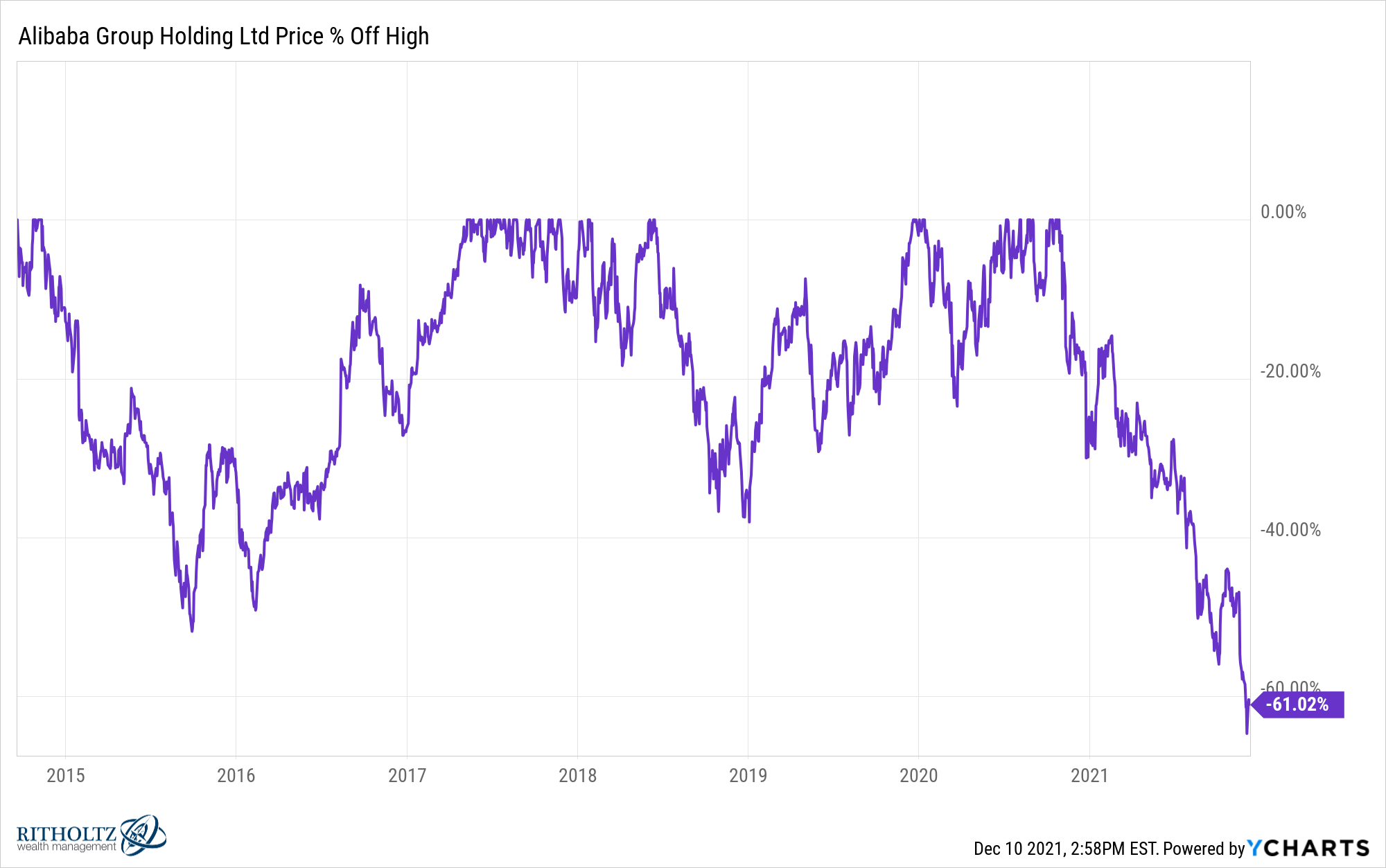 Once that bet started to go against him in a big way, instead of taking his losses, he doubled down to in an attempt to breakeven:

My mom told me on April 13, Get out today. And it might have been ego. It might have been just stupidity, ignoring the facts. but my conviction was high. If you listened to “smart people,” they all said it would go up. So I was like, Hey, this is gonna rebound. And as my salary came in, I saved another $100,000. So in July, I put in another almost $100,000. I basically transferred all the liquid cash that I had and maxed out my account. If my company had not paid me at the end of July, I wouldn’t have made my rent payment on August 1. My mom told me not to do it. And I still did it. When I invested the other $100,000, she told me sell tomorrow, sell tomorrow, sell tomorrow. I didn’t listen. It was stupid, an extreme level of greed and risk taking.

When you take such an enormous financial gamble there is almost no advice anyone close to you can give that will change your mind. Once you’re in this deep, you basically become a bouncer who is keeping reasonable advice out of the club.

This is the result: 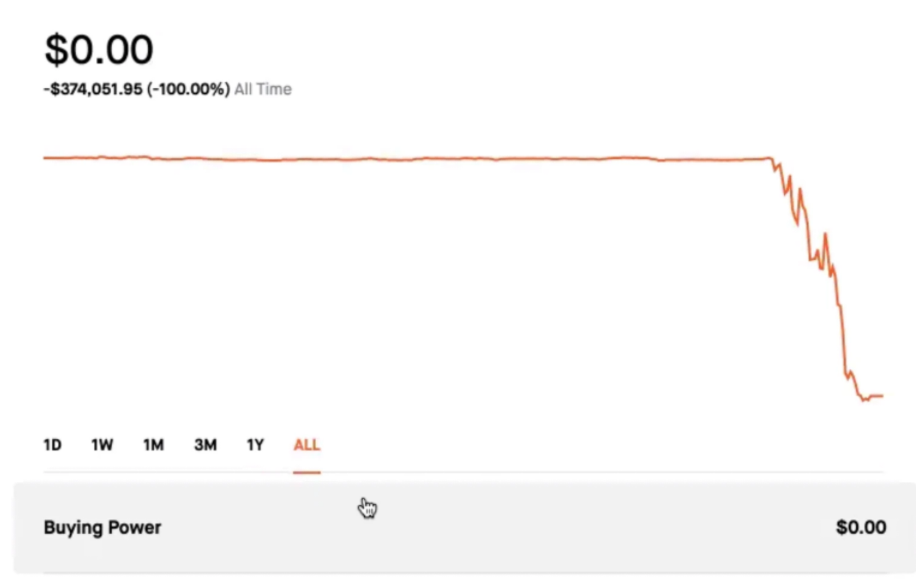 The good news is the author of this piece seems to have learned his lesson.

The bad news is a gigantic mistake like this impacts more than just your money. He explains:

When I lost the money, the things that I regretted were actually not losing the money. I realized I just had no other passions at all. For three years now, all I’ve done is work. I can’t think of one weekend when I was just having fun. How stupid is that?

This is a good lesson for speculation but also life in general. Your finances extend beyond your paycheck, savings rate or investment returns. They can have a huge impact on your personal life.

His work and finances consumed his time and youth to some extent. Those years are never coming back and in many ways, that’s even more expensive than the money.

You can always make more money. No one can create more time.

Michael and I talked about this story and much more on this week’s Animal Spirits video:

Further reading:
The Psychology of Betting it All and Losing Big