The net worth of American households has gone from $110 trillion to $137 trillion since the pandemic disrupted our lives in the first quarter of 2020.

That’s from new Federal Reserve data through the end of the third quarter 2021, which was released last week.

As is often the case, those gains have not been equally distributed.

It’s no surprise the top 1% have seen their wealth surge throughout this ordeal: 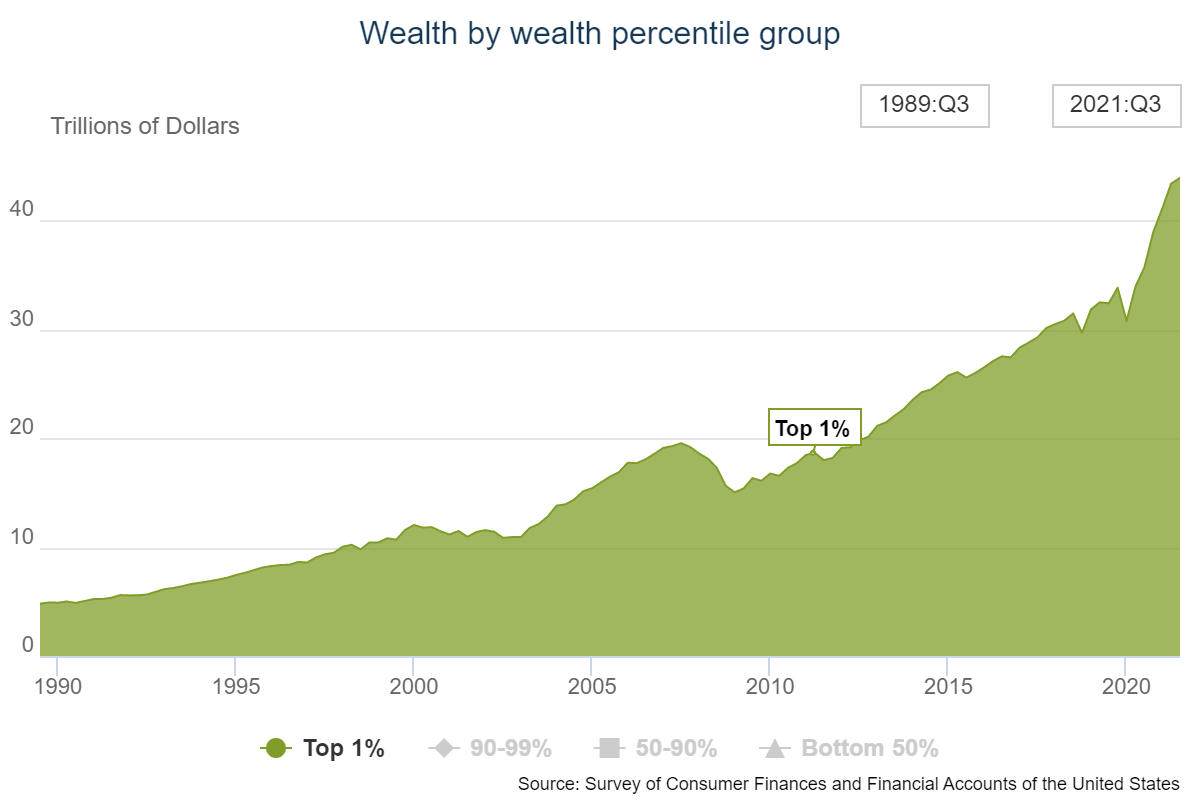 This one may surprise you — the bottom 50% have also seen their wealth soar: 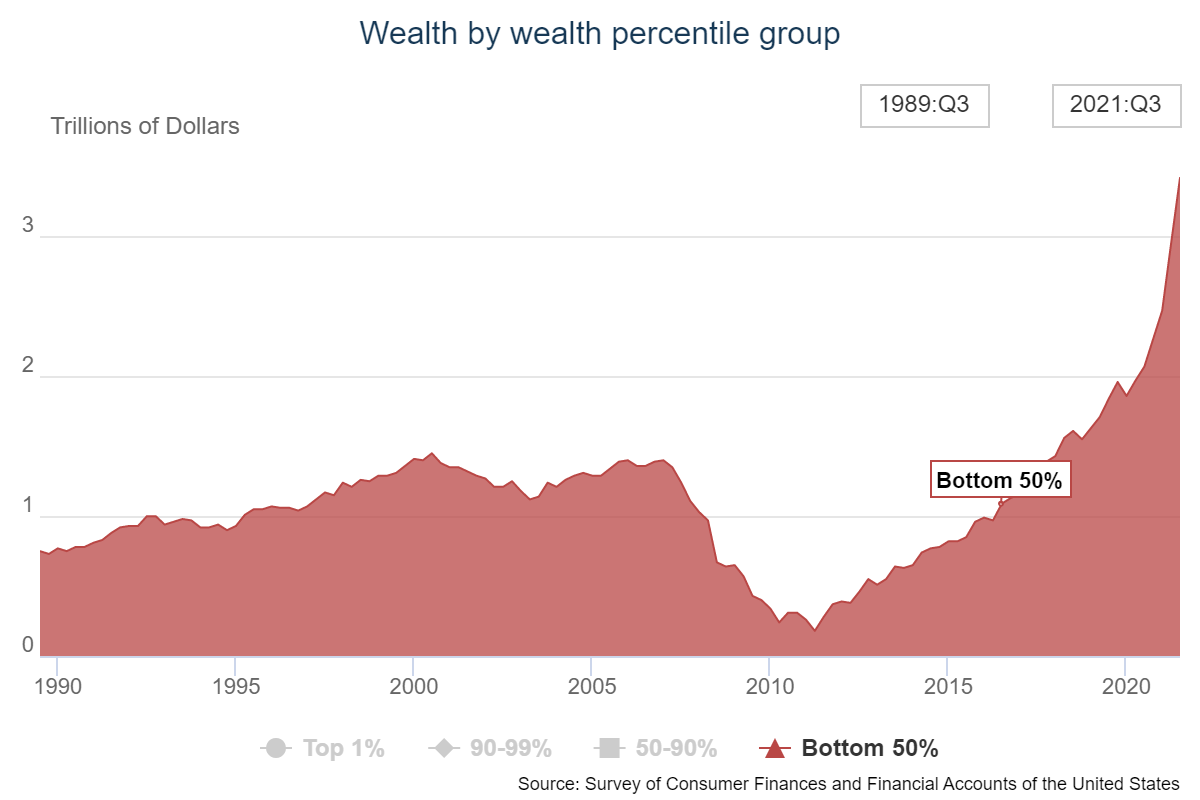 In fact, on a relative basis when compared to pre-pandemic levels, the bottom 50% has seen the biggest percentage gain in net worth of any group:

Bloomberg calculated the difference between the most recent update and pre-pandemic levels to show how the share of wealth has changed because of this:

It wasn’t hard to predict the rich would get richer when this thing got underway. I’m not sure anyone expected the people on the low end of the wealth scale to benefit so much. It turns out giving people money and paying them more is good for their bottom line.

Who would have thought?

But an interesting dynamic is playing out in the middle class. Those households are slowly but surely seeing their share of the overall pie shrink: 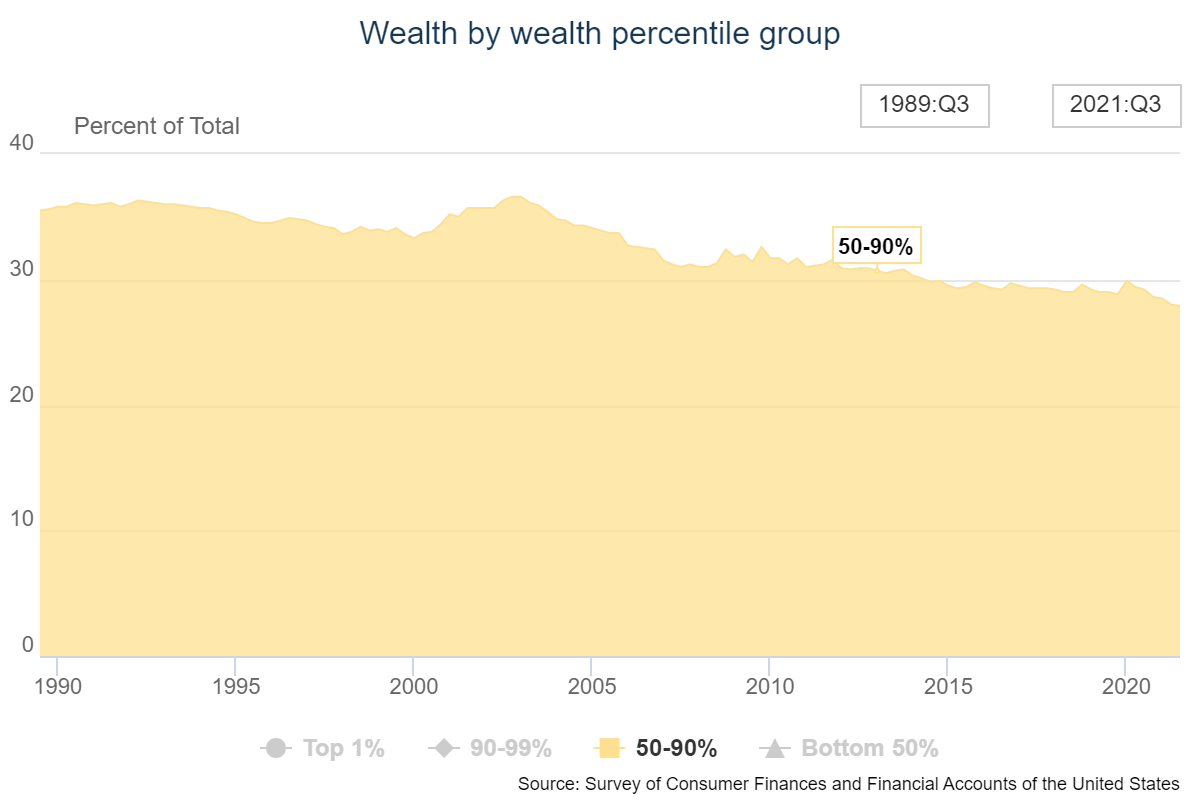 While “everyone” is richer1 than they were just a few short years ago, consumer sentiment is falling off a cliff: 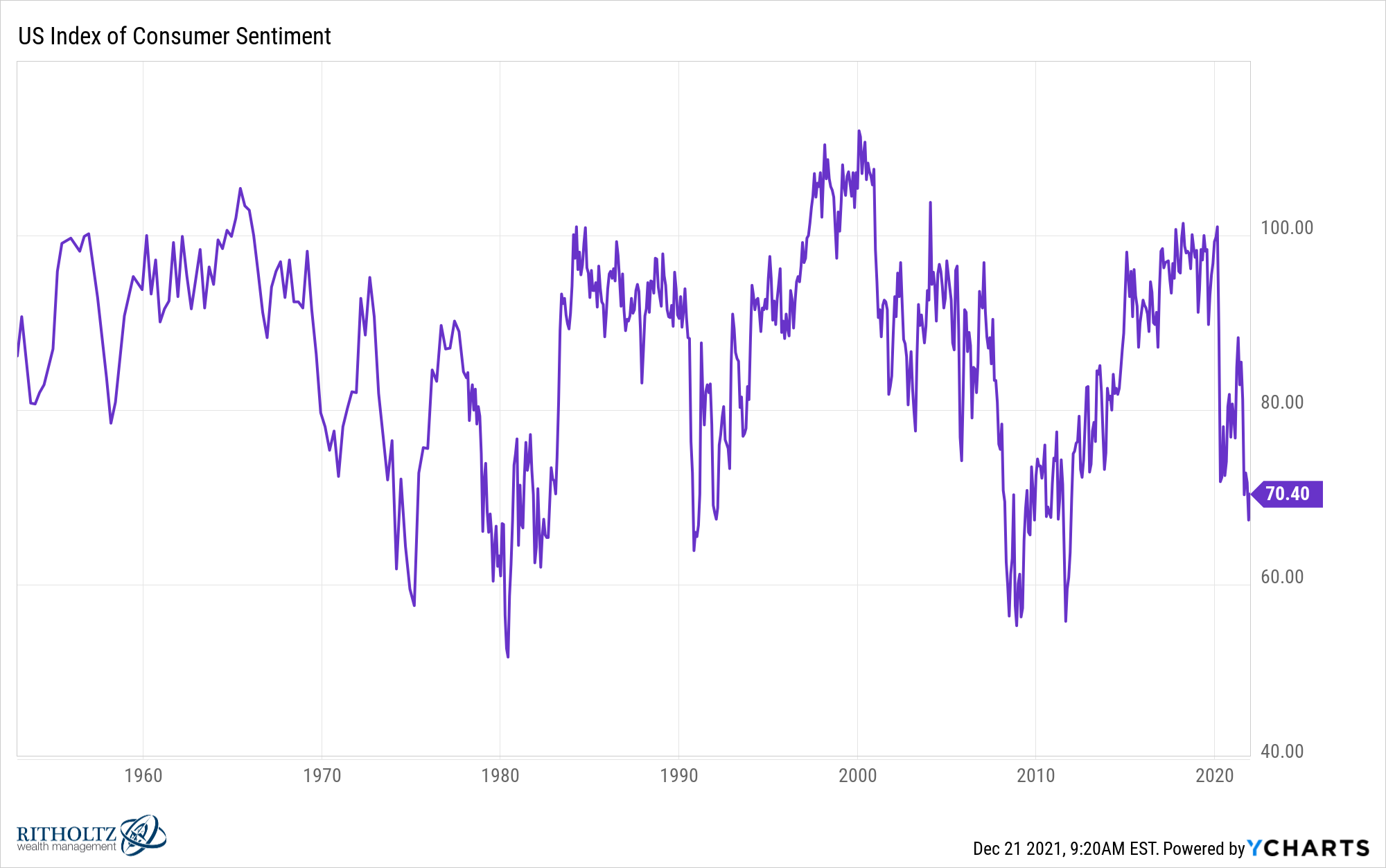 There are many reasons for this. We’re all fed up with the pandemic. People really hate inflation. And gauging sentiment is becoming harder in the information age.

But I also think a big part of this stems from the fact that it’s not easy for certain individuals, households or groups of people to feel like they’re part of an unfair system. Seeing other people get richer at a faster pace than you can mess with your brain.

Frans de Waal performed a fairness study with monkeys that shows this idea better than any sentences I could write about it:

This is a pretty good representation of how our brains work when it comes to money and wealth. Charlie Munger once said, “It’s not greed that drives the world, but envy.”

So even with wealth at all-time highs, a booming stock market and the highest economic growth in decades, many people are still unhappy.

This doesn’t make sense from a textbook perspective.

It does make sense from a human nature perspective.

Unfortunately, most of us see the world through the lens of relative, not absolute gains.

1Obviously, wealth in aggregate is up but here are sure to be certain people and individuals who are worse off than they were before the pandemic. A rising tide doesn’t always lift all boats.