Well the buy low part of the equation is easy because there are always stocks getting crushed, even when the overall market is at all-time highs.

This year has been one of the least volatile on record. The worst peak-to-trough drawdown on the S&P 500 is just 5%.

To be fair, not all of those drawdowns began this year. Some of these stocks saw their all-time highs many years ago.

But there are also companies that were trading at all-time highs in 2021 that have gotten slaughtered this year.

Zillow, Peloton and Penn National Gaming, all stocks that crushed it in 2020 and the early part of 2021, have seen their share prices tank from all-time high prices that occurred just months ago: 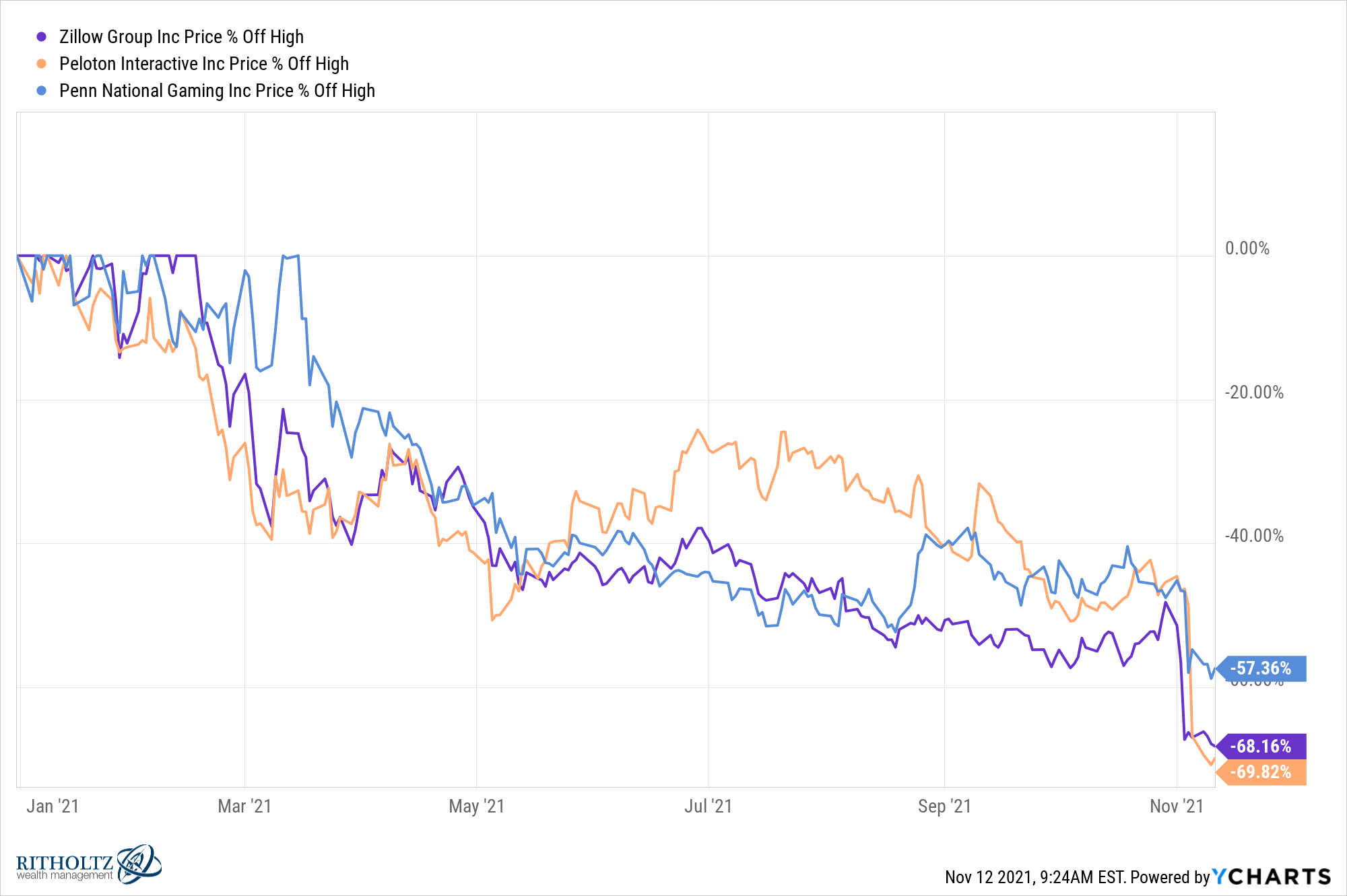 And the worst part about these three stocks in particular is what happened at their recent quarterly earnings releases.

Going into earnings Zillow, Peloton and Penn were down 48%, 45% and 48% respectively. These are three relatively well-known brands at this point so it was tempting to pick up some shares on the cheap.

Unfortunately, “cheap” stocks can always get cheaper. Once they announced earnings, each stock was down around 25%. On a single day. After being cut in half.

That’s a Black Monday 1987-level crash in these names while the overall index continues to scream higher.

Of course, it’s possible these stocks turn out to be wonderful bargains at current levels. You could have picked up Netflix shares down 80% from all-time highs as recently as 2012. Apple was down more than 70% by 2003. Tesla fell 60% last year.

Anyone who bought at those levels and held on has made gobs of money.

On the other hand, there are big name brand companies that experienced bone-crushing crashes but never came back from the dead. Take a look at Citigroup and AIG: 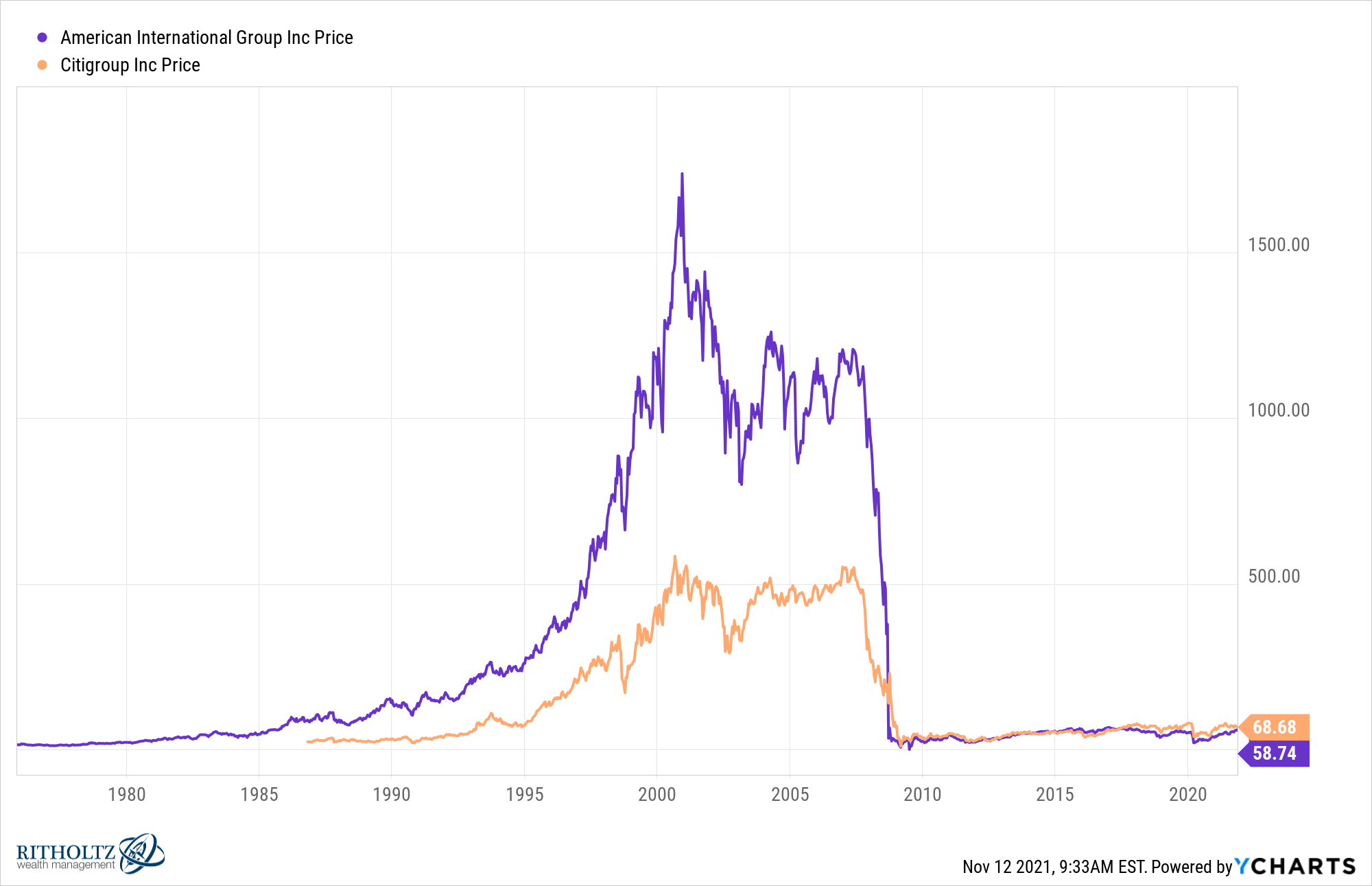 AIG is still nearly 97% off its all-time highs. Citigroup is down 89% from its pre-financial crisis peak.1

These are extreme examples but this can and will happen in the stock market.

There are times when buying low is a wonderful strategy. Every huge growth stock at the top of the S&P 500 has experienced massive drawdowns on their way to the top.

There are also times where you can get your face ripped off and those stocks never reach the pinnacle again.

Michael and I discussed the difficulty in catching a falling growth stock and more on this week’s Animal Spirits video:

1It’s interesting to compare these two companies to Bank of America which was down 94% from all-time highs by 2009 but is now just 13% off those highs. That one did (almost) come back.