But if he was around today, maybe he would have.

Everywhere you look people are getting rich. And it’s happening in such a short window of time as well.

Take Tesla as an example. Here’s a look at $10k invested in the company 5 years ago: 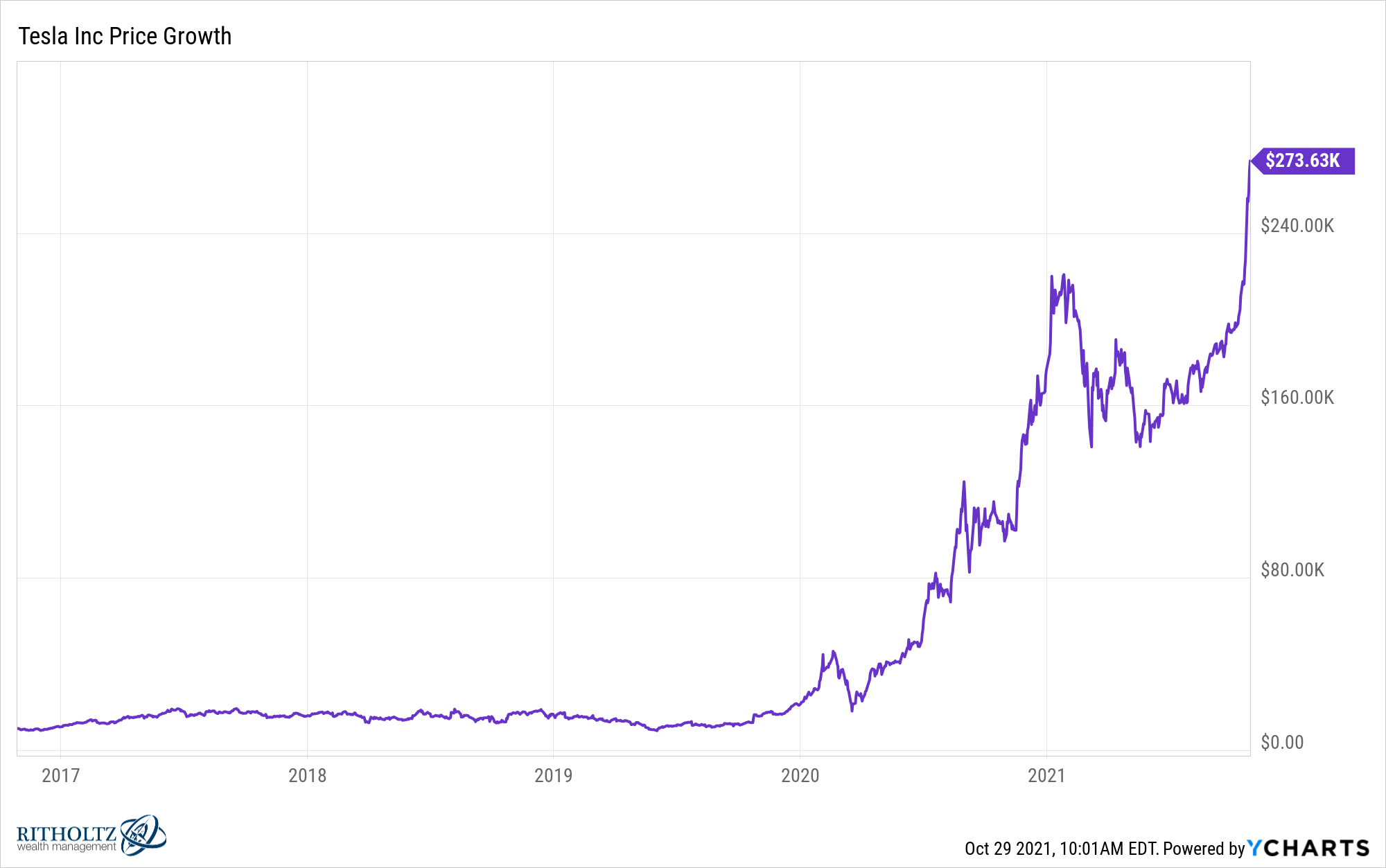 If you held on for the ride, nicely done because look at the drawdown profile of the stock in that time: 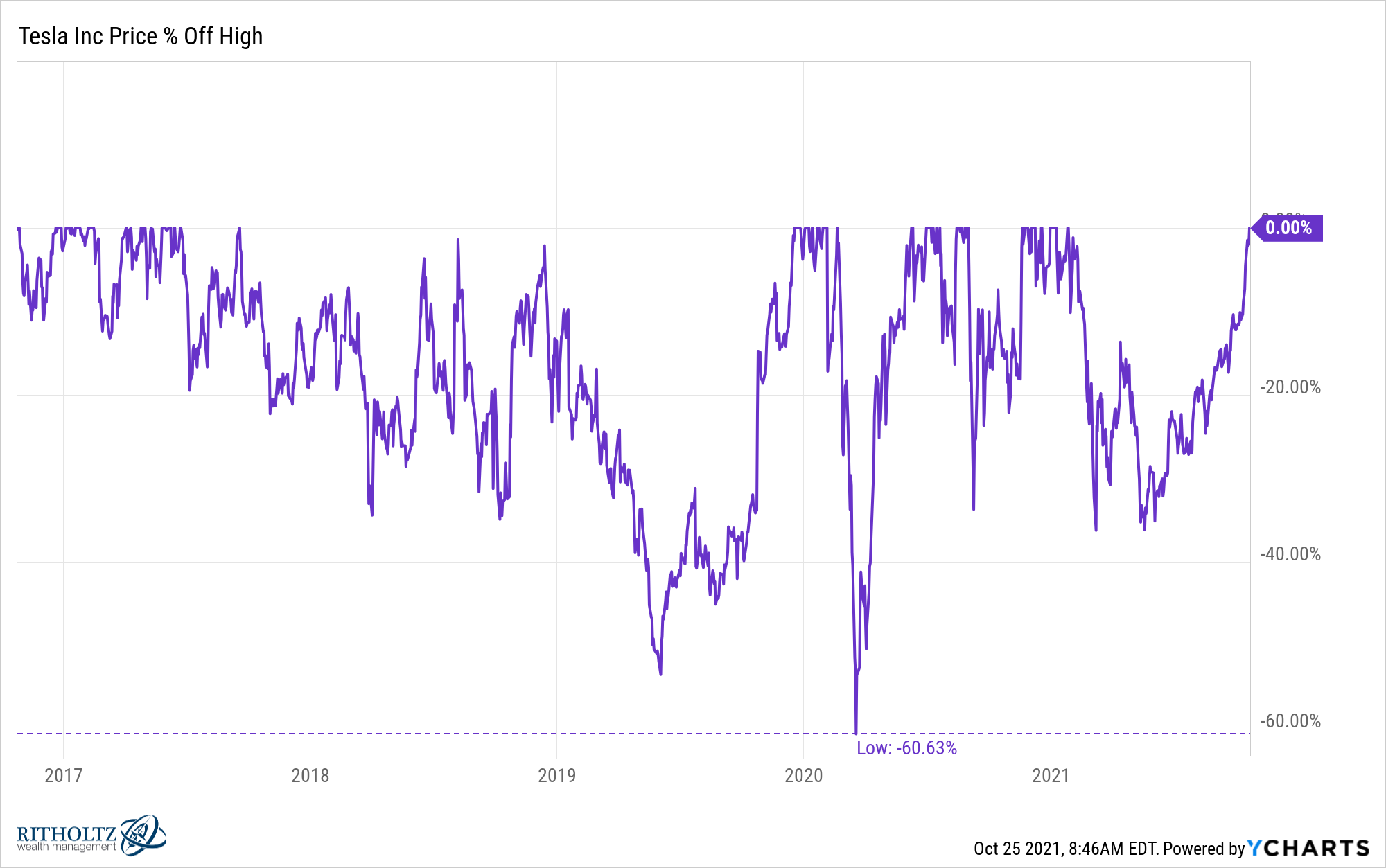 And the crazy thing is there were plenty of Tesla shareholders who did hold on for the entire ride. They were true believers in the face of relentless negativity about the company and its founder.

So now we have 5 stocks with a market cap over $1 trillion (Facebook was there but recently went back under): 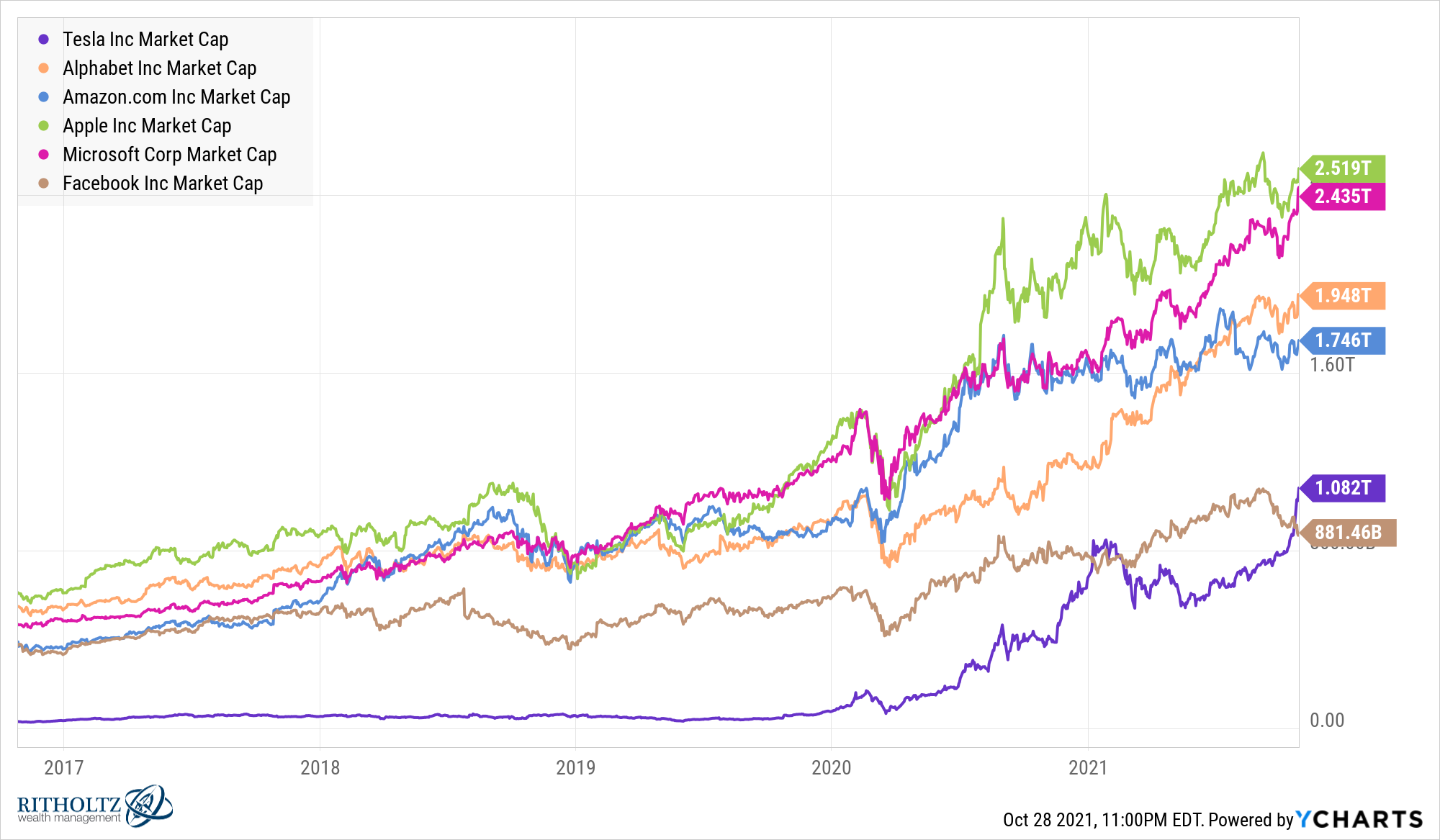 Look at how large the top 6 companies are now as a percentage of the S&P 500: 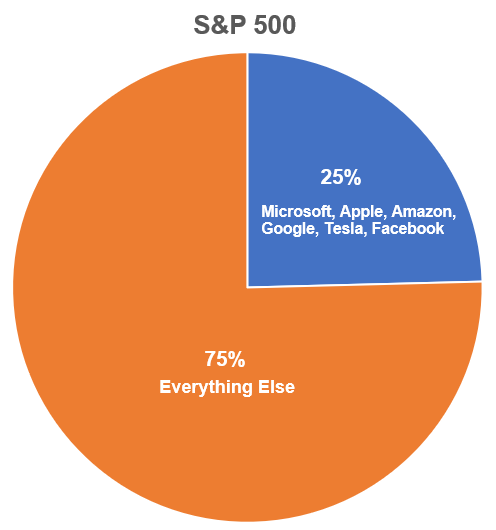 On the one hand, you have to give credit to the people who have been in these stocks for the long run. It seems obvious now but these stocks have all been doubted the entire way up. There was always a good reason to sell.

Over the past 10 years, the annualized returns on these stocks are bananas: 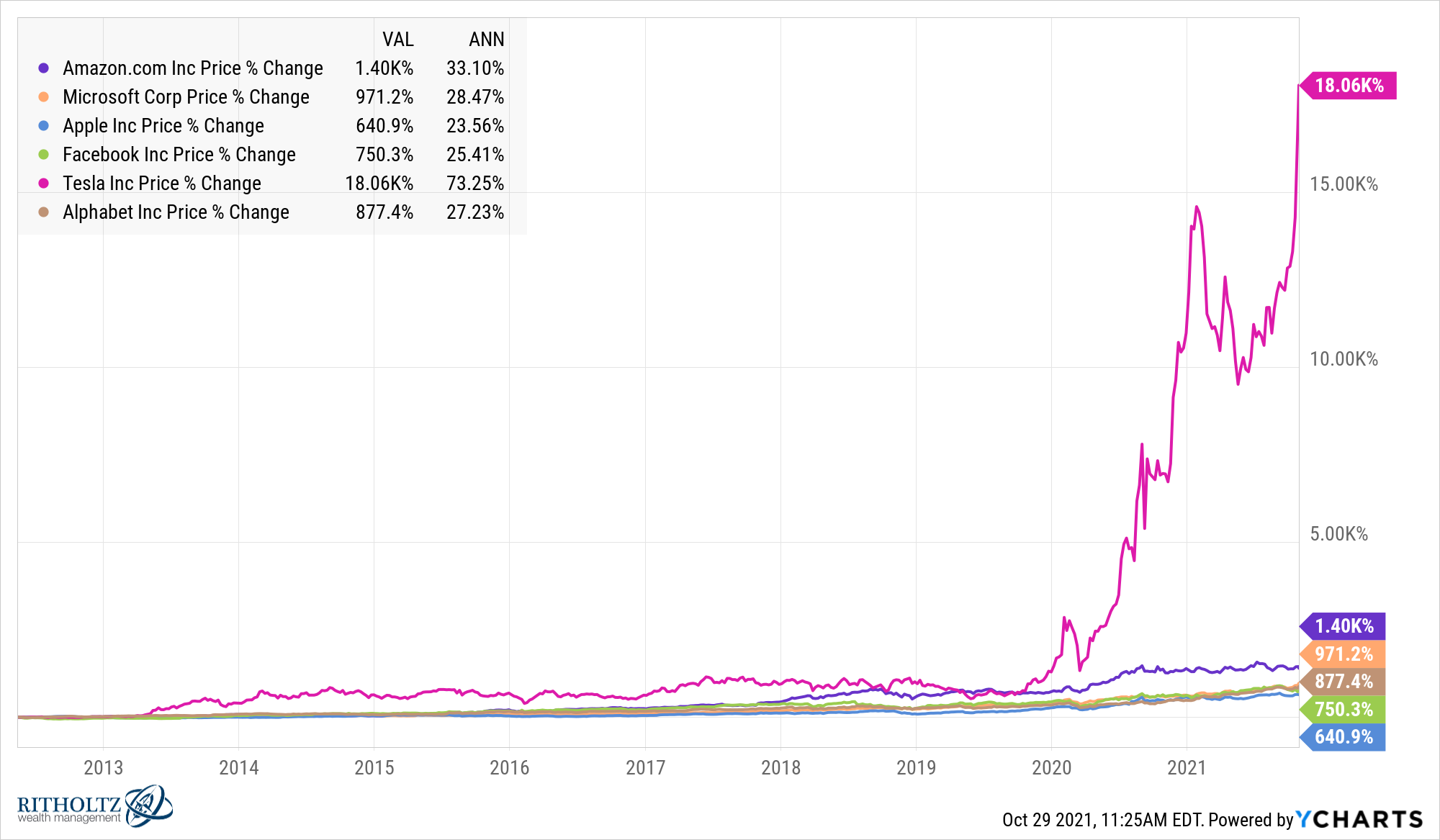 On the other hand, picking winners like this is exceedingly hard.

My strategy for owning the biggest winners in the stock market boils down to holding index funds.

Yes, it’s a boring strategy but I simply don’t have the ability to pick the winners myself. I know there are people who can do this in the stock market but it’s not me.

Michael and I discussed Tesla, Bill Miller’s latest, Jack’s hyperinflation call and a whole bunch of other stuff on this week’s Animal Spirits video:

And if you missed my new show Portfolio Rescue yesterday, please check it out and send us a question.

1Here’s what he actually said: “The investor who says, ‘This time is different,’ when in fact it’s virtually a repeat of an earlier situation, has uttered among the four most costly words in the annals of investing.” It is worth noting that Templeton also said 20% of the time things really are different.