Complaining about the Fed and predicting hyperinflation would immediately get you eyeballs.

Black swan funds were all the rage. Every headline detailed the next big short. You couldn’t go a day without reading about the next market crash that was coming…only this one was going to be EVEN BIGGER THAN THE LAST ONE.

I understand why this happened.

It was the biggest recession in a generation. We had two 50% crashes within the span of a decade.

This triggers the recency bias (giving greater importance to more recent events) and the availability bias (overestimating an event that had a profound impact on us).

Many households and companies were ruined by the financial crisis. Those scars run deep.

Every character from The Big Short became famous. Just think about the big-name actors that played these guys in the movie. 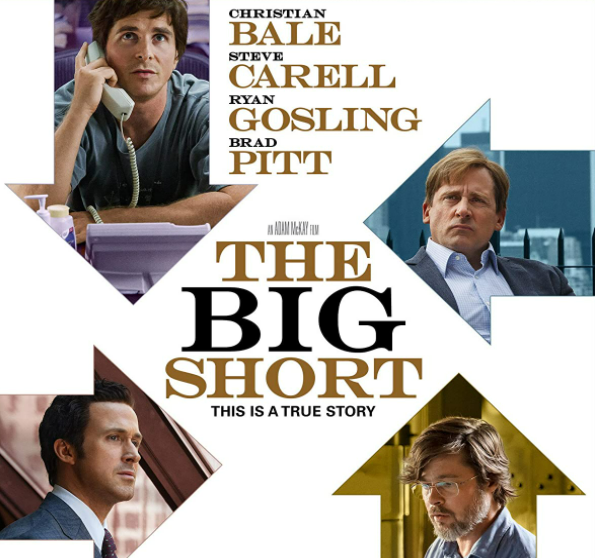 Pessimism sounds more intelligent when you just witnessed the financial system teetering on the edge of failure.

Everyone so badly wanted to become a contrarian that going against the tide was no longer a contrarian strategy. It was the norm.

No one believed the markets were set up for one of the best bull market runs in history because so many investors were busy fighting the last war.

I knew of one hedge fund that was early to John Paulson’s housing short. The problem is they didn’t invest enough to offset huge losses in other parts of their portfolio. There was some major regret.

So in the aftermath of the Great Financial Crisis, well after markets had already bottomed, they created a new fund to invest exclusively in big short-type investments in a concentrated manner to really juice the returns.

This sounds great in theory until you realize Paulson and all of the other people who made a killing by shorting the housing market pulled off a once-in-a-lifetime trade.

To state the obvious, there’s a huge difference between once-in-a-lifetime and once-a-year.

Needless to say, this fund was closed in short order since the financial world doesn’t come apart at the seams every single year.

I wonder if this same bunker mentality so many investors found themselves entrenched in following the 2008 blow-up will infect the next generation of investors who came up in the current cycle but in the opposite way.

Instead of everyone being in search of the next big short what if the mistake over this next part of the cycle is constantly looking for the next big long?

Just think about how fantastic returns have been in the U.S. stock market since the bottom in 2009: 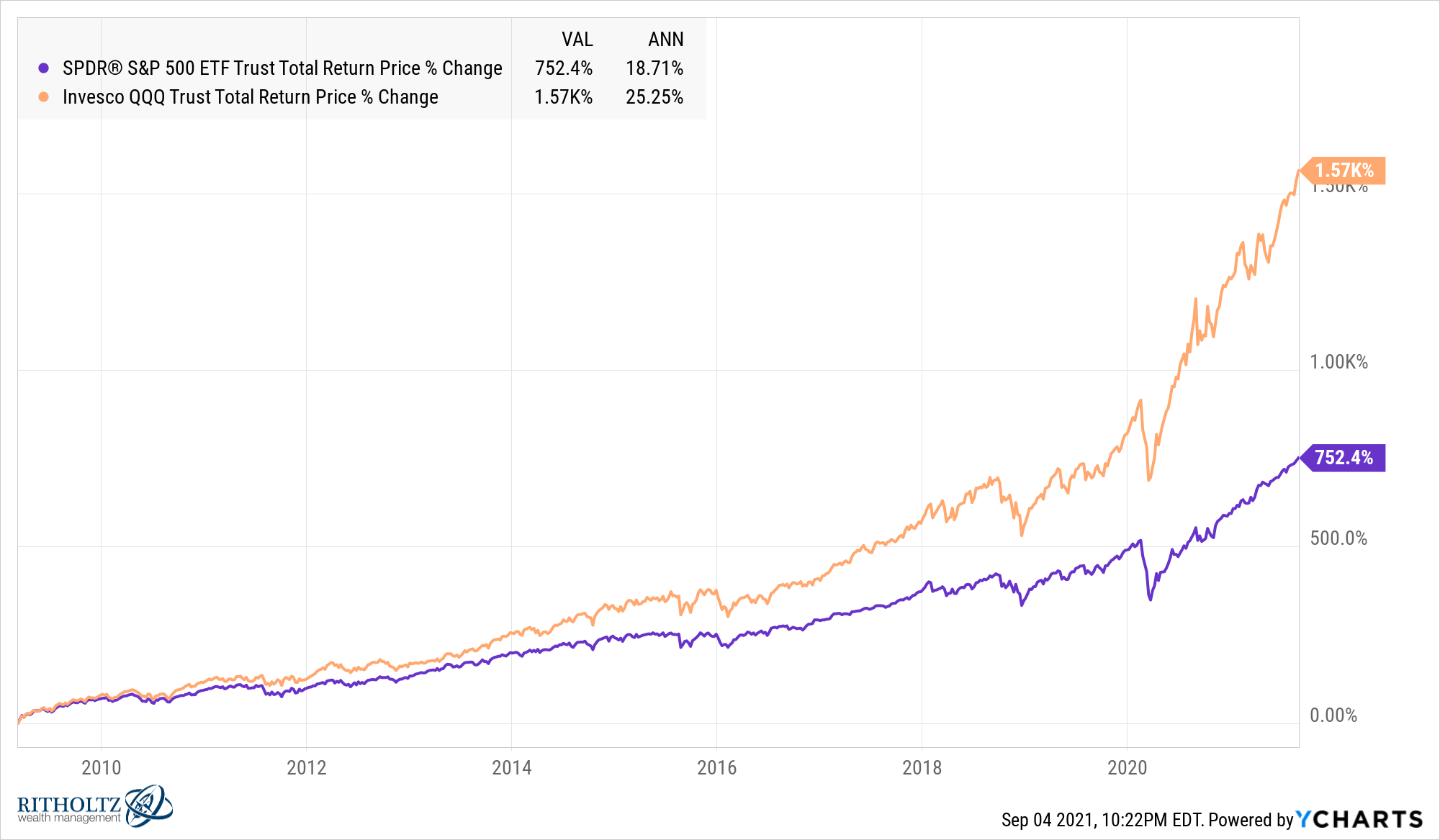 Are you kidding me!?

Private equity and venture capital firms would kill for those returns.

Of course, many PE and VC funds have also crushed it in this bull market. Being a unicorn was once a novelty. Now there are hundreds and hundreds of start-ups and private companies worth at least a billion dollars.

Then there is the performance in crypto. Trillions of dollars have been created in a matter of years. The sheer number of multi-millionaires minted in this space in such a short amount of time is mind-boggling.1

It’s unreasonable to expect you can earn ridiculous riches in such a short period of time. And yet, so many people in tech and crypto have done just that in recent years.

This cycle has defied all well-reasoned financial advice.

Certain investors are now so conditioned to see huge gains in a hurry they assume it’s the norm.

The Wall Street Journal profiled a bunch of young social media personalities in a story last week about how the ground is shifting in the financial media.

Many young people don’t trust the old guard. They want people who speak their language or look like them or understand them to educate them on the financial markets.

Whereas in the past all it took was a market crash prediction to get attention, the younger crowd prefers a glass-is-half-full perspective. They don’t want negativity.

There was a story of a YouTuber warning his viewers about the potential risk for meme stock du jour AMC share to collapse. It didn’t go well:

After the live stream ended, Mr. Paffrath started shedding thousands of subscribers, he said. Most videos with positive titles garner more than 200,000 views, he says, while videos that have negative takes on a company or an industry in the title rarely get more than 60,000 views.

This is a complete one-eighty from the post-2008 world where people sought out negativity and bad news. This group prefers positivity.

And can you blame them? If you started investing in a post-GFC world you have a completely different view of the markets than those who came before you.

And the explanation from said stock-picker:

People who are “say maybe 10 years older than me, so in their 50s, they probably were in the market at the time, and they got burnt,” Yiu said in an interview at his Mayfair office. “They still think that tech today is the same thing as what happened then, and is going to go bust.”

“I think to the younger generation, most people actually understand what’s going on,” said Yiu, whose firm was started in 2017 with a 25 million pound investment from 73 year-old billionaire Peter Hargreaves. “If you look at our top 10, at one point, we are probably direct or indirect users of some of these services ourselves, whether it’s personally or through business.”

I can see both sides of this one.

To be fair, the younger optimistic types have been far more right than the older people with a pessimistic bent this cycle.2 Just think about how many old grey-haired famous fund managers have been pounding the table that this is a bubble for years now. They’ve all been wrong.

Look, if you’re going to have a particular bent in this world, it pays far greater dividends to choose optimism over pessimism.

But there is a big difference between looking at the glass as being half full and assuming the glass is a bottomless pit of margaritas.

Michael and I talked about the shift from The Big Short to The Big Long and more on this week’s Animal Spirits video:

Further Reading:
For Better or Worse, This is a Young Person’s Market Right Now

1The most recent number I read was 100,000 bitcoin millionaires. And this doesn’t even include all of the other tokens/projects/coins out there.

2It’s an overgeneralization to say all younger investors are optimistic while all older investors are pessimistic. I’m just using “young” and “old” as stand-ins for this analogy.