By the 1850s, artists like Raphael and Titian had works worth almost ten times as much as the Mona Lisa.

It would take more than 400 years for it to become the most famous painting in the world.

In 1911, a handyman who worked at the Louvre hid in a supply closet overnight. The Mona Lisa is smaller than you’d expect, so the next morning he walked out with it hidden under his shirt and no one was the wiser.

When it was stolen it wasn’t even the most famous painting in the wing it resided, let alone the Louvre. It took more than a day for anyone to realize it was missing.

No one knew where it was for two years until someone tried to sell it on the black market. When it was finally returned to the Louvre, the Mona Lisa became the most famous painting in the world, basically overnight. Lines of people gathered to see the painting that was stolen.

It now had a story. It had cachet. And it became a pop culture phenomenon. 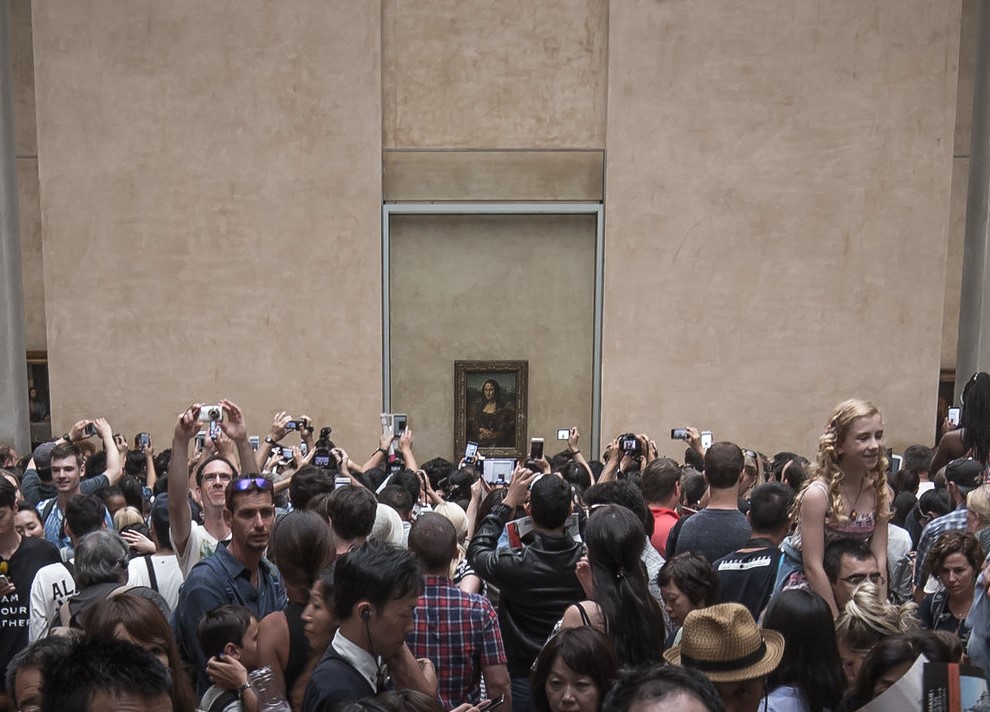 The Mona Lisa was painted more than 500 years ago yet it’s only truly been known as one of the greatest paintings in the world for 20% of its existence.

How much is the Mona Lisa worth?

You may scoff but someone would pay it.

How much would it be worth to say you own the most famous painting on the planet?

How many uber-rich people would buy it if they could just to prove how rich they are?

The funny thing about the Mona Lisa is everyone who sees it comes away either in awe or let down. There could be no other reactions. It has to be either live up to the hype or be a complete disappointment.

That’s how people view the world in the age of the internet.

And do it goes with NFTs.

People either love them or loathe them with no middle ground.

Take a look at the largest sales of Crypto Punks: 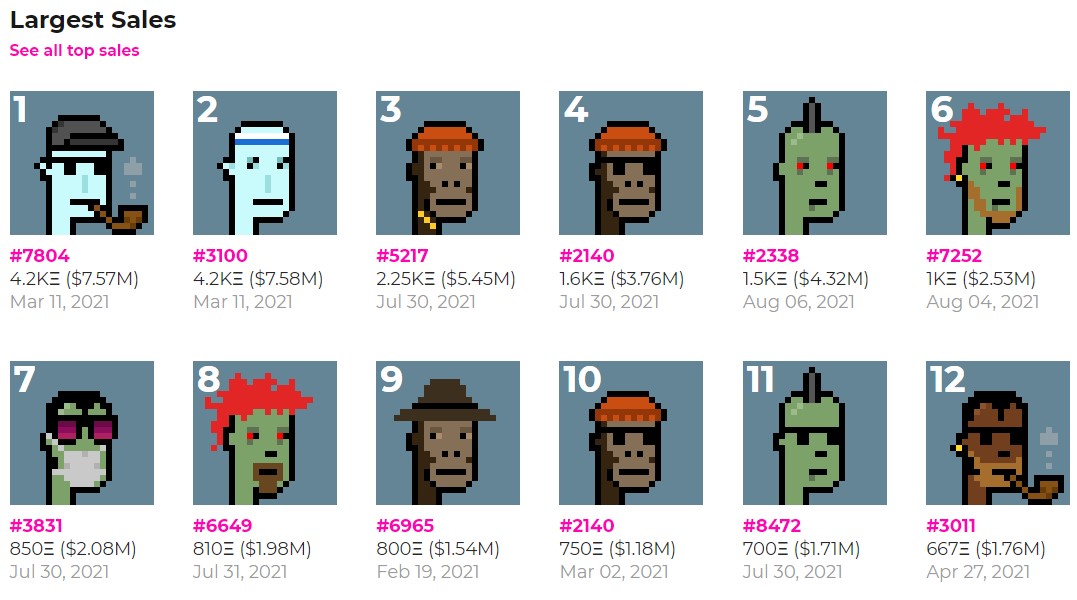 There are 10,000 unique pixelated characters, each stored on the Ethereum blockchain. Selling for seven figures.

People are paying more than $200k for EtherRocks:

What are EtherRocks? As far as I can tell, it’s essentially the pet rock of the internet. Sure, why not?

The EtherRock website claims only 100 of these pet internet rocks were created because nothing sells these days like scarcity.

People are also spending a buttload of money on squiggly lines you could draw on Microsoft Paint:

If you’re in crypto or tech you have to be optimistic about this stuff. That’s in the tech contract. Everything deserves the benefit of the doubt.

If you’re not in crypto or tech you have to think this stuff is ridiculous.

And it is ridiculous.

People are spending six, seven, even eight figures to buy a JPEG.

But you know what else is ridiculous? Human beings.

We do all sorts of crazy stuff all the time. We’re superstitious. We’re status-seeking. We’re emotional. We buy stuff and make decisions that seem ludicrous to outside observers on a regular basis.

Now, the tech people who are into this stuff would tell you this makes sense when compared to the world of art.

Why does art have value?

Because people ascribe value to it. Because it’s scarce. And because it signals to other people how rich you are.

Where the art-NFT analogy falls flat is the value of the art world happened more naturally. It’s almost like the crypto world is trying to make NFTs become valuable simply because they want them to become valuable.

Imagine you’re a tech person in your late-20s. In 2016 you put $10k into Ethereum on a whim because you run in tech circles. That ten grand is now worth something like $35 million. Making this amount of money in this manner in such a short period of time can play head games with you.

It’s essentially monopoly money. What do you care if you put it into a pixelated picture in the form of a JPEG? If your peers think that JPEG is valuable, then it’s valuable. At least for now.

Remember, the Mona Lisa didn’t become famous until it had a story attached to it. The story of NFTs is scarcity, community and really rich tech people with too much money.

But the Mona Lisa didn’t have social media to deal with. There were no online communities to rally around a cause. The herd mentality is as old as the hills but group behavior has never had an accelerant quite like the internet before.

So it’s probably not going to take 400+ years for a piece of digital art to become famous anymore. It’s probably more like 400 minutes.

This is both a positive and a negative for digital art aficionados. This stuff is far more likely to come in and out of favor more quickly simply because the pace of innovation in this space is moving so fast.

From where I sit, I have a foot enfirmly entrenched in each camp — the prices people are paying for this stuff are ridiculous but I understand why it’s happening (and will likely continue happening).

Brian Eno once wrote, “Saying that cultural objects have value is like saying that telephones have conversations.”

These things are worth something because we’re humans. Maybe that’s all you need to know about the NFT boom.

Further Reading:
The Timeless Nature of the Herd Mentality