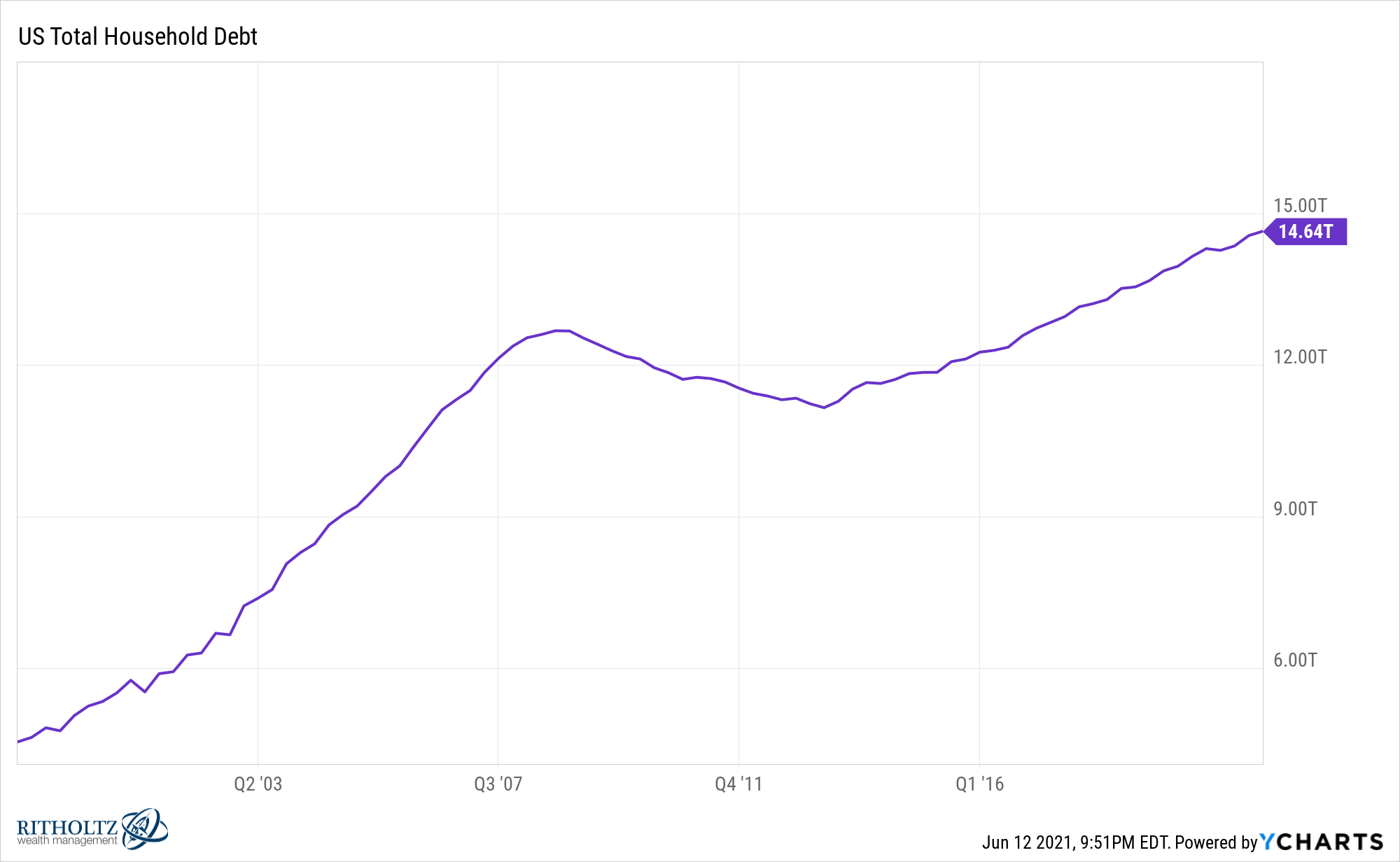 That’s a scary looking number. And it is huge on a standalone basis.

But the U.S. consumer is doing much better than they appear by simply looking at the debt side of the equation.

In fact, U.S. households are in better shape financially than they have been in some time.

According to a new report by the Federal Reserve the net worth of households and nonprofits in the United States rose to nearly $137 trillion as of the end of March 2021: 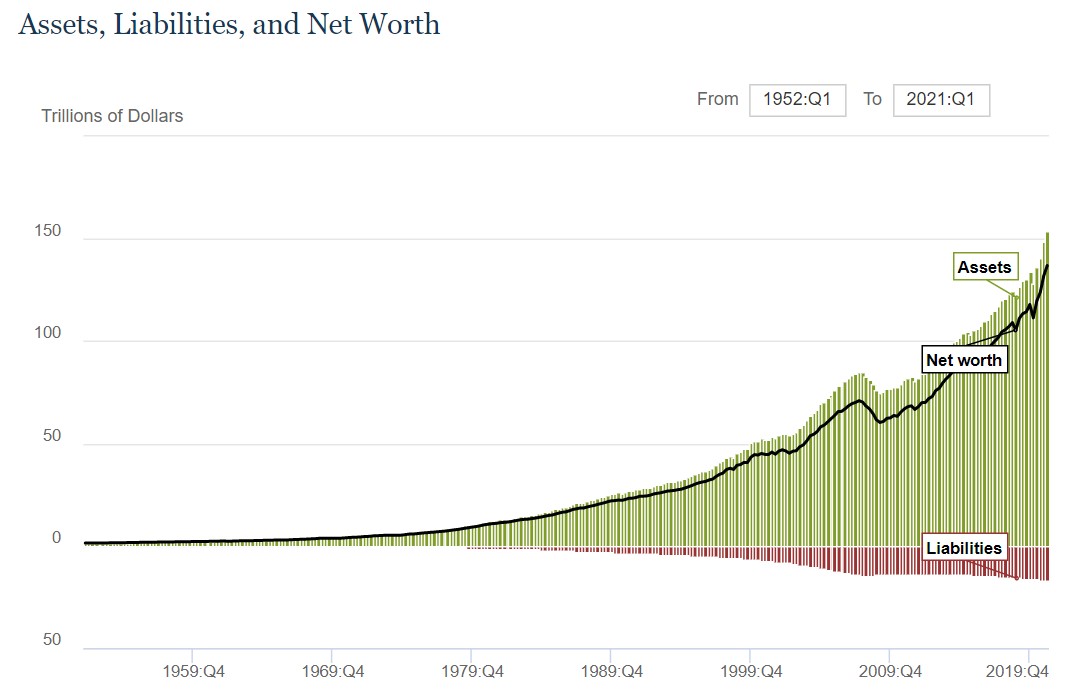 Yes, the debts are high but the assets dwarf those debts.

This puts the net worth of households at more than 600% of GDP (also a record).

Net worth is not evenly distributed across households but the American consumer is in a pretty good place financially speaking at the moment.

Let’s count the other ways. 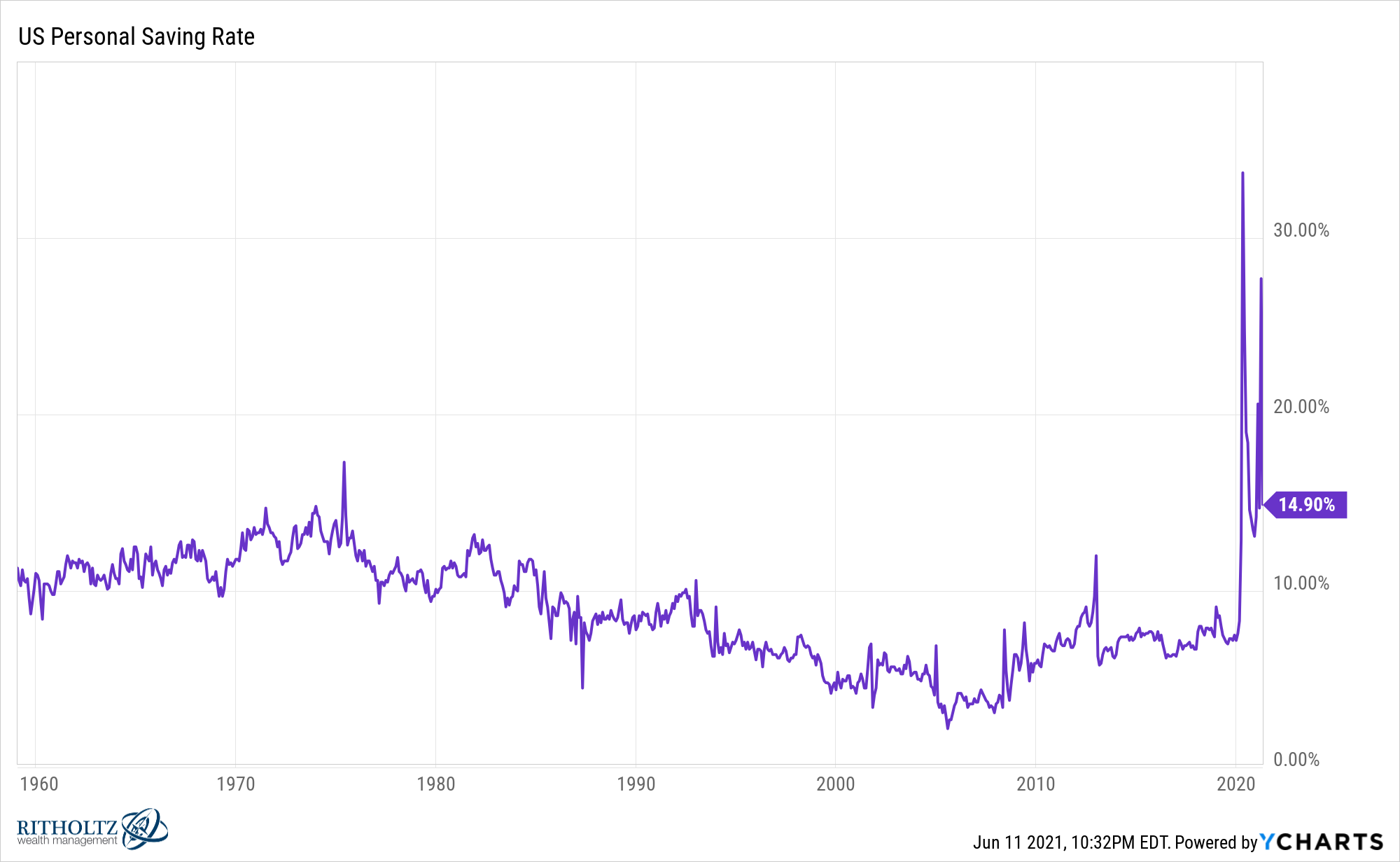 Checks from the government and people not spending on things they normally do have certainly helped here. I wouldn’t expect this to stick but it’s nice while it lasts. 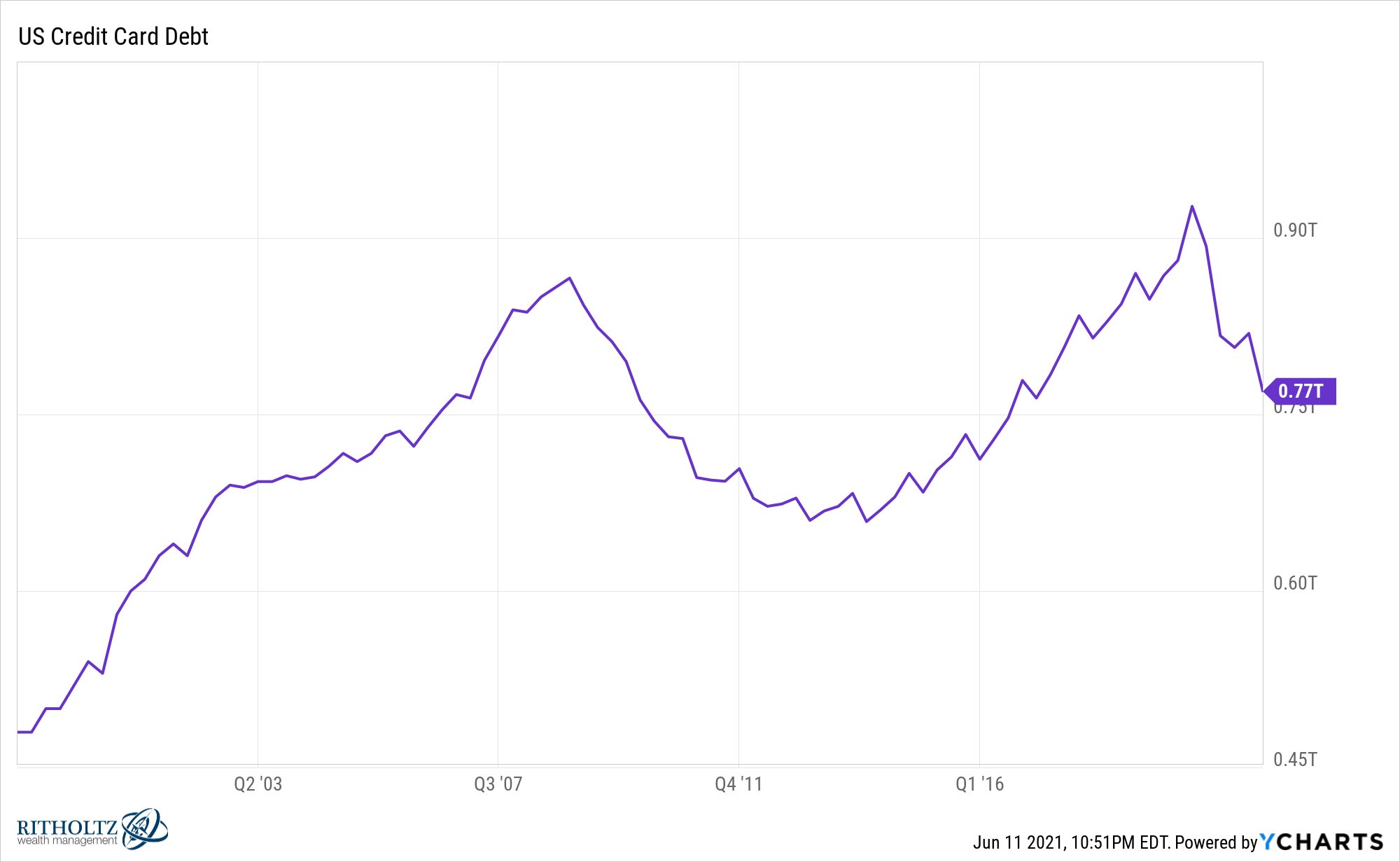 And when you look at total household debt relative to disposable income things look even better: 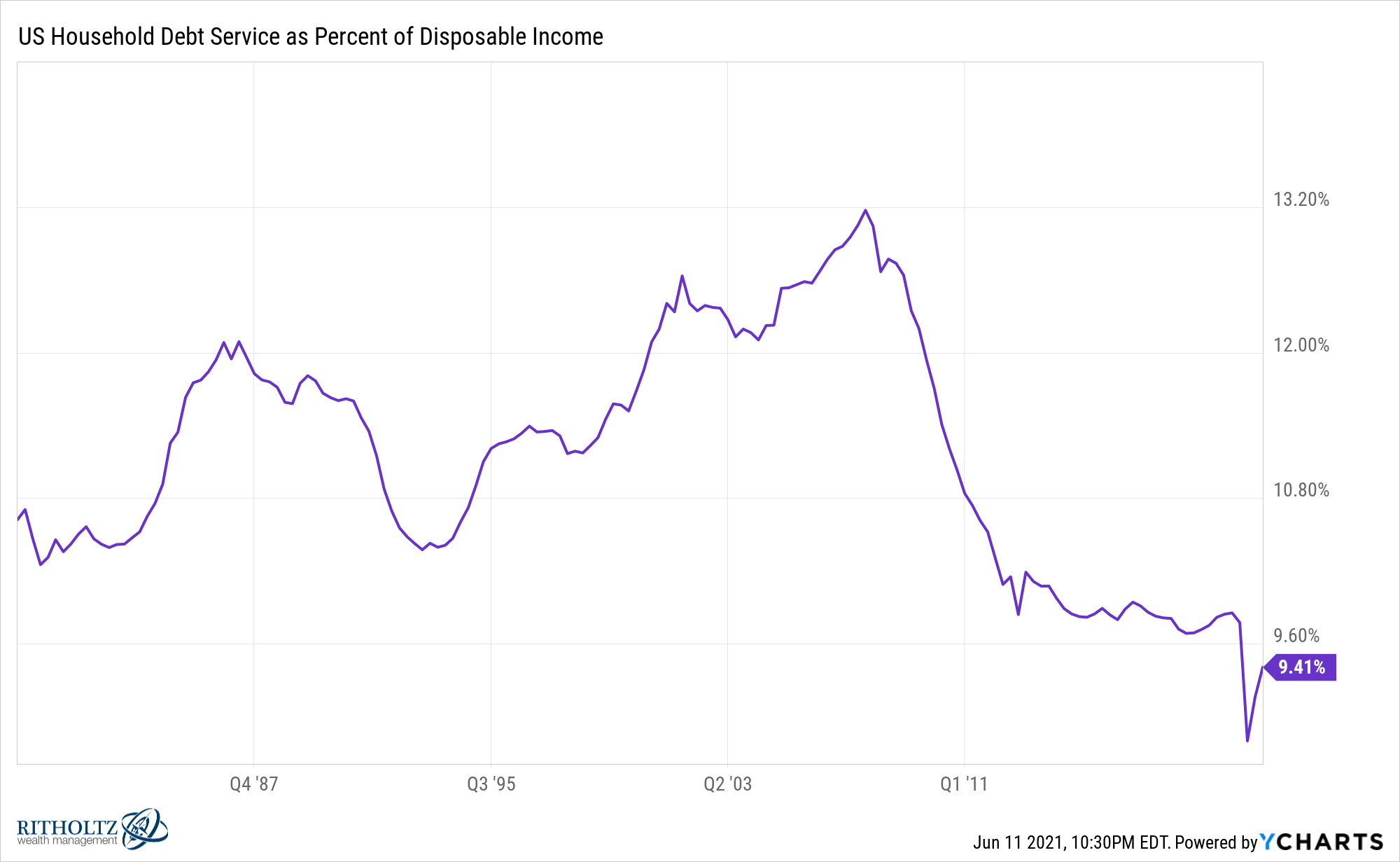 This relationship is about as good as it’s been on record going back to 1980.

And it’s not just the debt that’s falling. Incomes are rising: 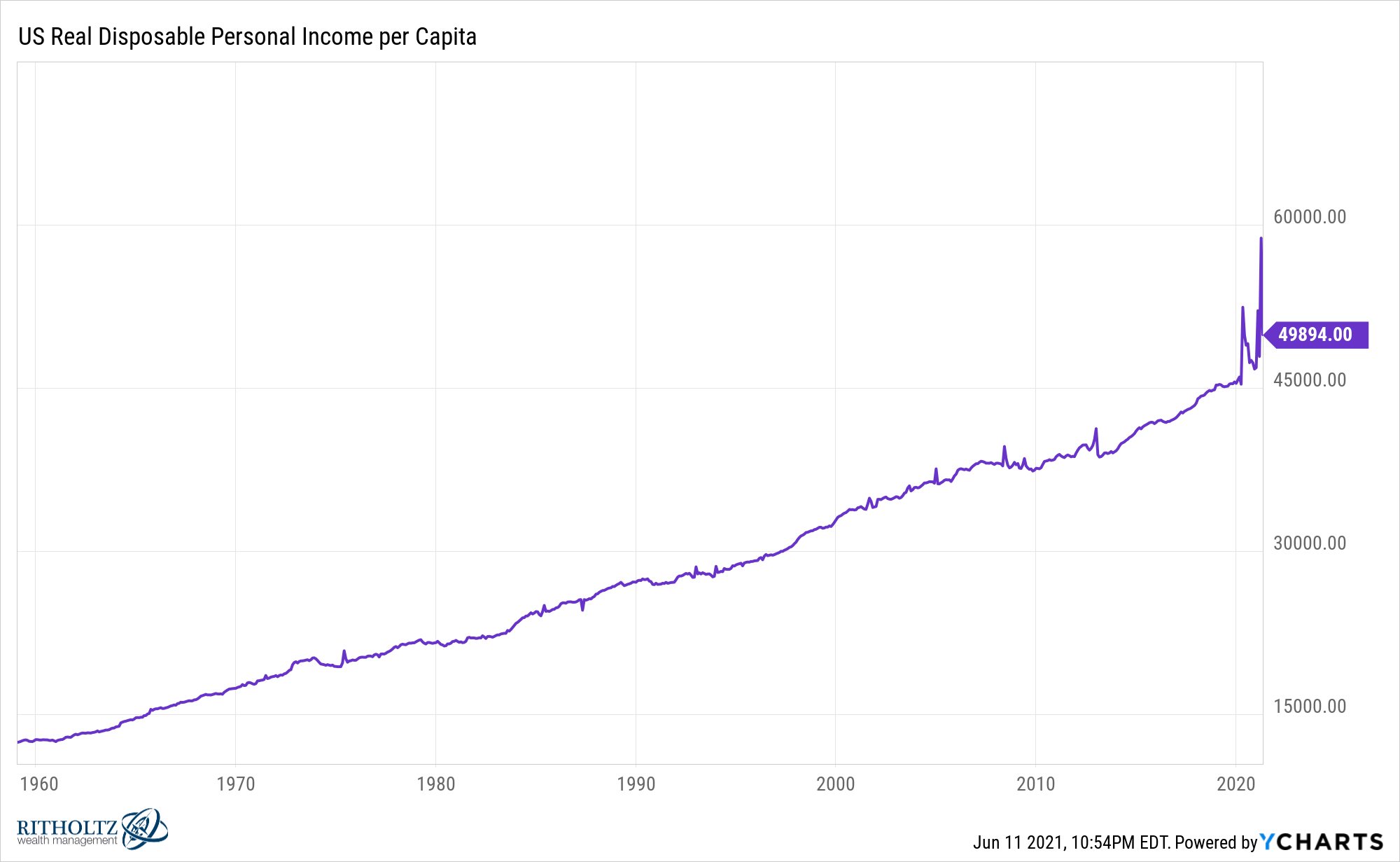 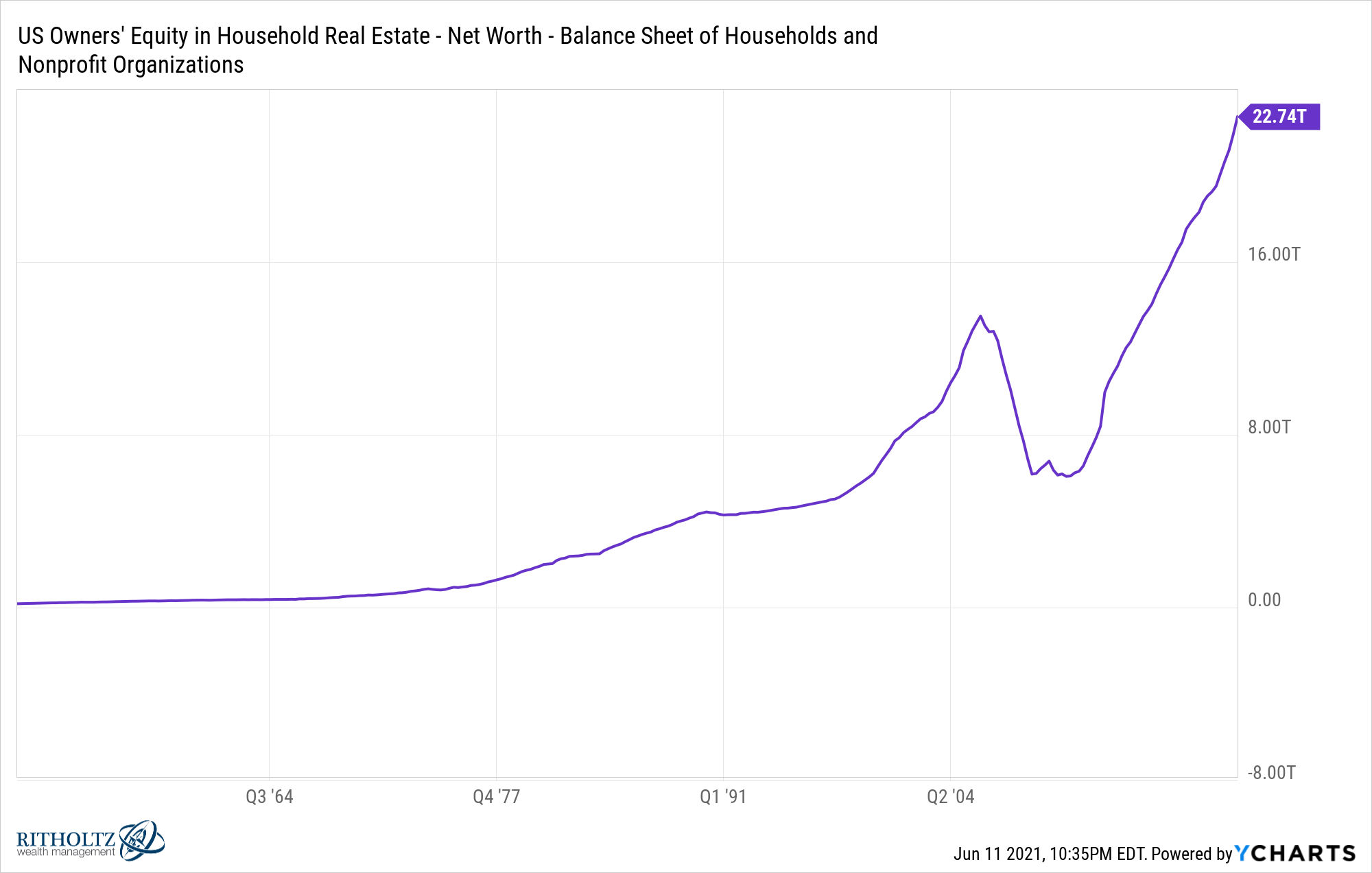 And the people buying homes or refinancing have wonderful credit scores too: 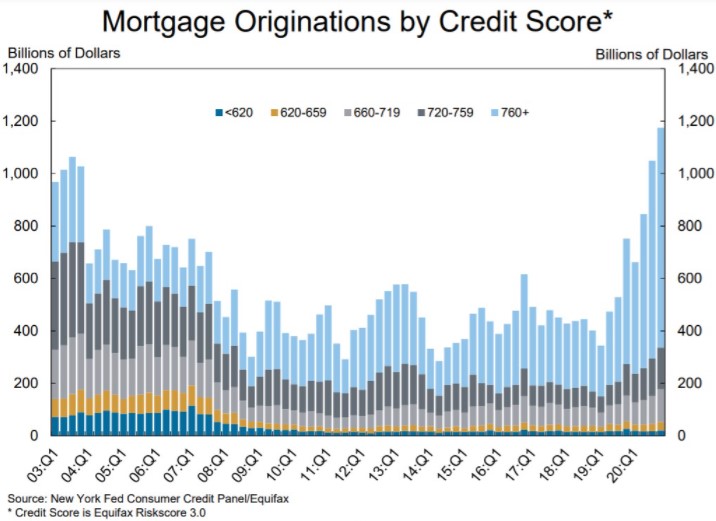 When you combine this with generationally low mortgage rates, that makes the monthly housing budget easier to stomach for many households.

Unfortunately, most of the households who are better off from rising prices in financial assets are the people at the top levels of the wealth scale.

But even people further down the ladder when it comes to their finances are finally experiencing a boost.

Wealth for the bottom 50% is at an all-time high:

The same is true for the 50th to 90th percentile:

Things are far from perfect of course.

There are still millions of people who are unemployed. Families have been ravaged by Covid as have many small businesses who were unlucky to be in the wrong line of business during a pandemic.

It would have been hard to imagine such pristine household balance sheets 15 months ago when the U.S. economy was put on ice.

The economy was humming along just fine before Covid-19 upended all of our lives but I’m not sure anyone would have predicted we are now in a better place following a life-altering pandemic.

Predicting the economic future is always difficult. I don’t know what comes next from here.

But whatever the economy throws at us, the U.S. consumer is in a pretty good place to be able to handle it.

Further Reading:
Who Owns Stocks in the United States