There are plenty of similarities between the current mini-mania and the dot-com bubble of the 1990s:

There are also many minor differences between now and but here’s the one that matters most in terms of market structure — the biggest stocks in the market.

Apple, Amazon, Microsoft, Google and Facebook now make up around 18% of the overall U.S. stock market1 in terms of market cap but nearly 25% in terms of profit.

These are the biggest stocks for a reason. They are massively profitable (chart vis Axios): 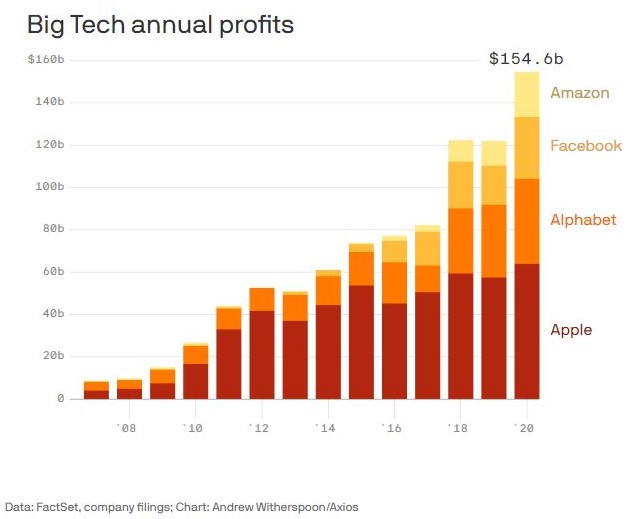 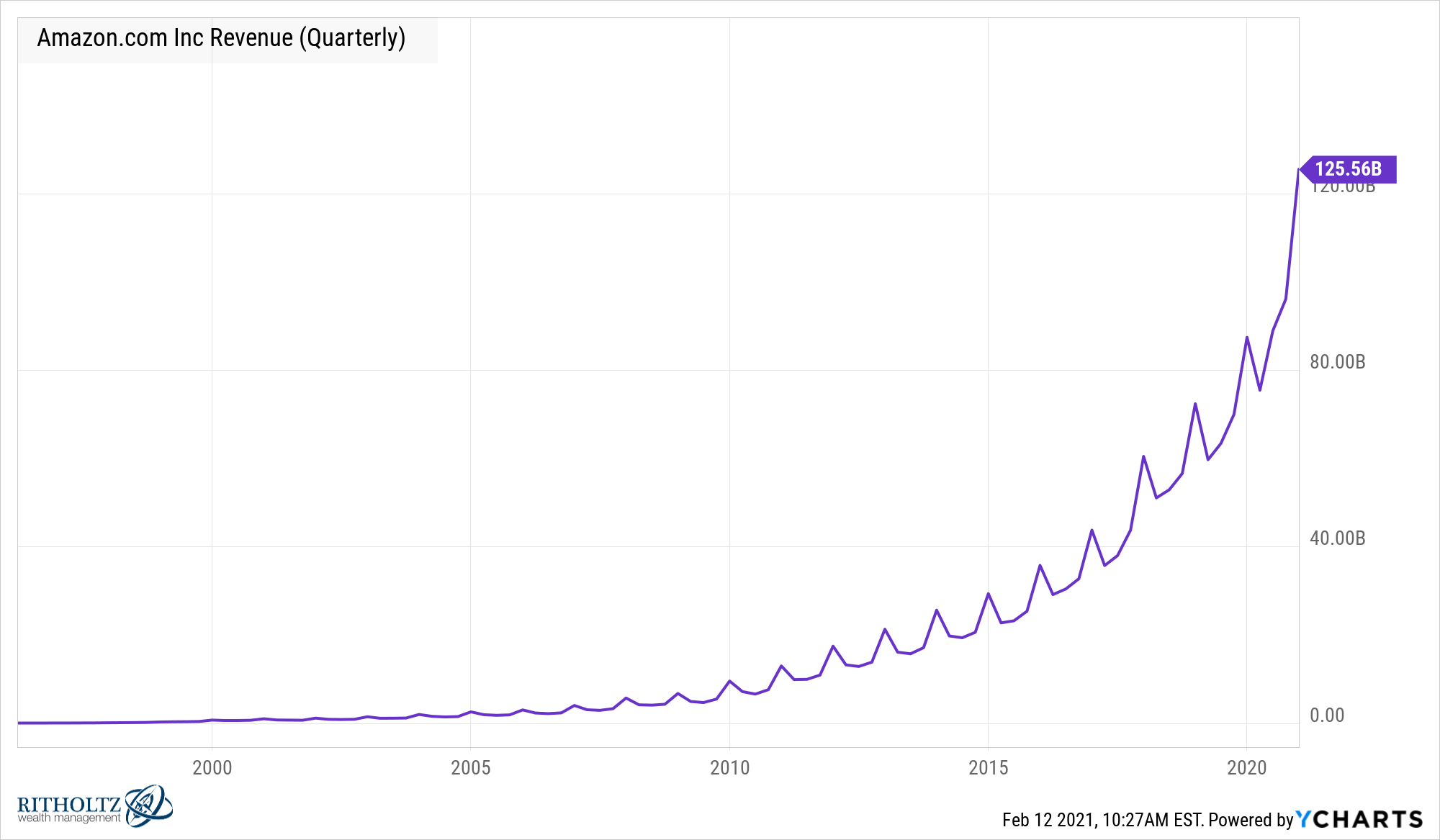 Apple is there as well: 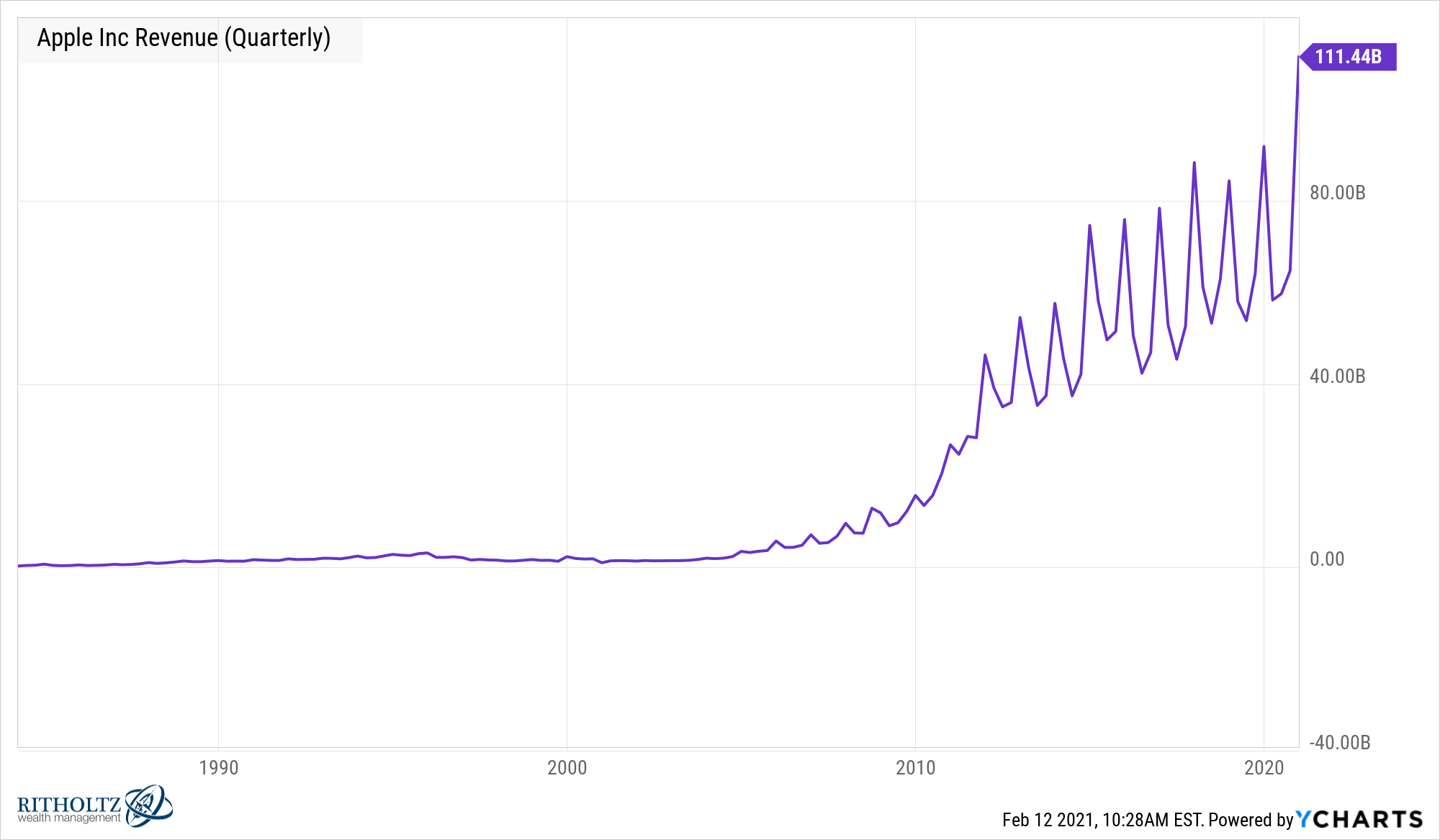 According to Axios, the only other companies to ever pull this off are Wal-Mart and Exxon in the early 2000s.

Because of these large numbers, these companies are expensive by most historical measures. They’re also expensive relative to the rest of the market (via JP Morgan’s Guide to the Markets): 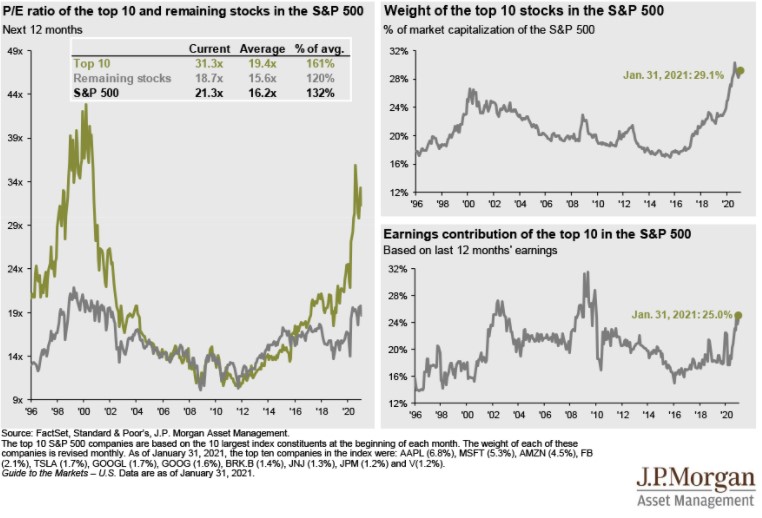 Are these companies expensive? Yes.

Are they expensive for good reason? Also, yes.

Will they all remain at the top of the market forever? Probably not.

Will these stocks get beaten up in the future? Most certainly.

Will they underperform at some point? Yes and the last 6 months or so have seen small caps crush big tech: 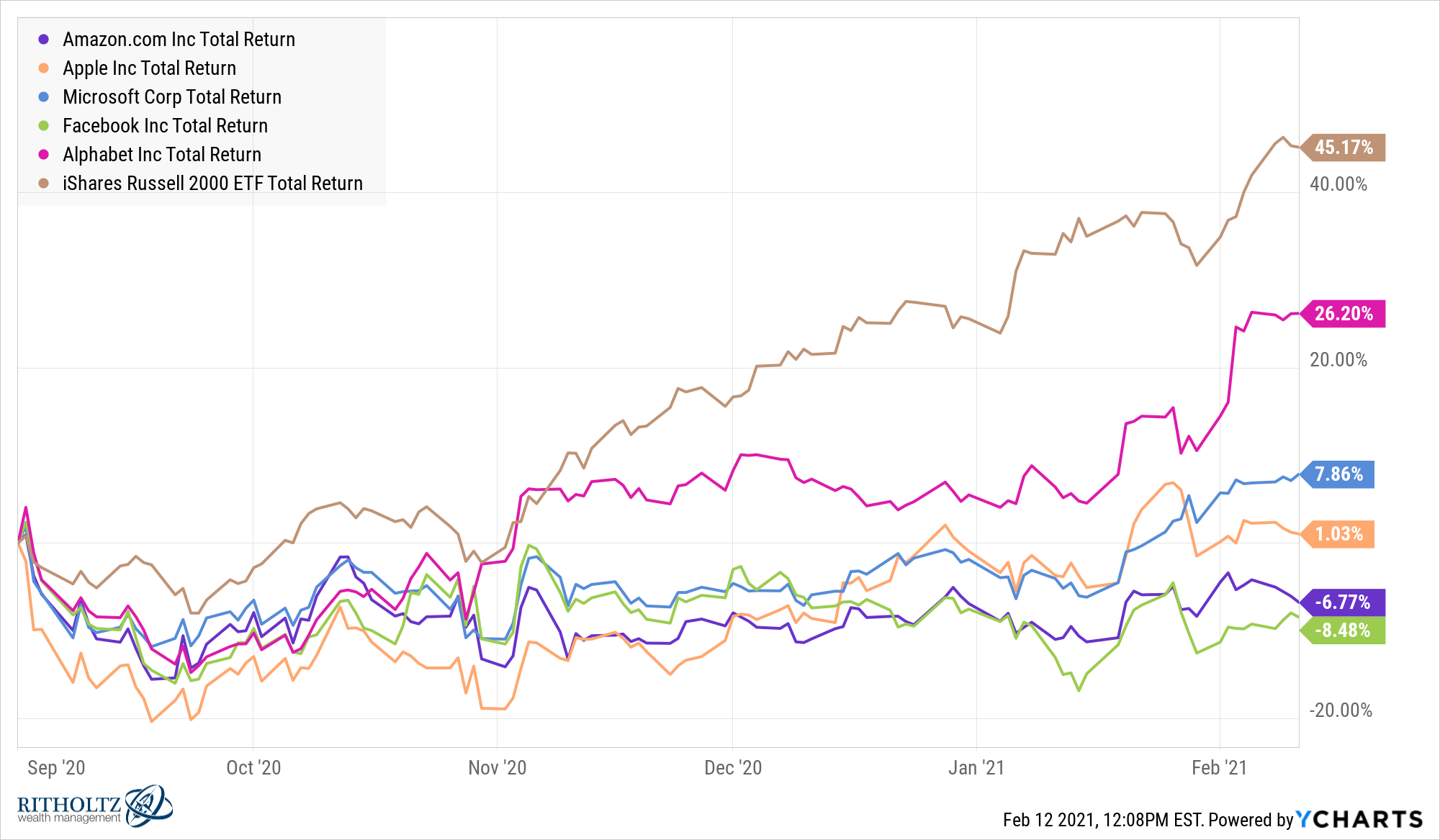 But if you’re a doomsayer who is predicting some massive 50-60% crash a la the end of the dot-com bubble then you’re implicitly saying these huge tech stocks will crash as well.

Never say never but these businesses are so much more high quality than anything investors saw at the tail end of the dot-com bubble in the late-1990s.

And the fact that these high-quality businesses also happen to have such a large share of the stock market means, for better or worse, as they go, so goes the U.S. stock market.

Michael and I touched on this topic on this week’s Animal Spirits video along with some thoughts on Elon Musk, Jeff Bezos, people losing faith in the stock market and ARK’s big ideas 2021:

Don’t forget to subscribe here to see these videos every week.

Further reading:
How to Invest in a Bubble