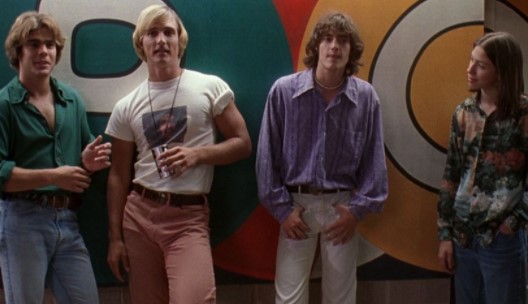 I watched Dazed and Confused more than any other movie during my college years. It’s an all-time favorite.

The movie perfectly captures every different level of the high school experience, has some iconic lines, some memorable characters and is just so rewatchable.

And one of the main reasons this movie exists is because of some wise personal finance decisions from writer-director Richard Linklater.

Linklater dropped out of college after two years to figure out what he wanted to do with his life. While he was figuring it out he needed some money so he worked for an oil rig in the Gulf of Mexico off the coast of Texas. After losing this job and being rejected my multiple film schools, Linklater realized becoming self-taught on the movie industry was his only option.

Linklater didn’t do a whole lot while working on the oil rig so he was able to save up $18,000.

A combination of that savings, some unemployment checks and a frugal lifestyle allowed Linklater to teach himself about the movie business from ages 23 to 27.

He tracked all of his expenses mercilessly and lived on $300 a month in Austin, TX when it was still a relatively inexpensive place to live. Befriending the manager at a local movie theater allowed him to watch up to 500 movies a year, taking notes on all of them. Watching movies became his full-time job.

Linklater and his friends in Austin began experimenting by shooting Super 8 films, eventually creating his first movie Slackers, which was an indie hit.

Slackers was so well-received Linklater finally got his big break to do a studio movie. He wrote Dazed and Confused about his own high school experience and directed the movie at the ripe age of 31. The movie is now a cult classic.

Now, the bigger question was how I could survive. My trick was to not live like I had $18,000. I had a room in this house in West Campus that was $150 a month, all bills paid. I had a shitty car. And I was like, outside of film stock and processing, I’m going to live on $300 a month, total, for everything. My friends in Austin were like, “Wait a second. You don’t work. You’re not in school. Are you a trust fund kid?” I’m like, “No, I have a savings account.”

(1) Avoid lifestyle creep. Linklater built up a solid savings account but lived like it didn’t exist. Wooderson’s classic line from the movie about high school girls is “I get older. They stay the same age.”

This was inadvertently a line about lifestyle creep. As you get older and make more money, the way to supercharge your net worth is by keeping your lifestyle similar.

If Wooderson was a personal finance guru, his line would have gone something like this: “I get older. My spending stays the same age.”

This is especially true for young people who should be used to living a relatively low-cost lifestyle. If you can keep that up for a few years right out of school that’s a good way to put yourself in a better position to succeed financially.

(2) Give yourself options. Saving money doesn’t just have to be about 401(k)s, IRAs and 529s. Savings can also act as a hedge against doing stuff you don’t want to do.

A friend who worked with Linklater told Maerz, “Aside from a consuming passion for cinema, what we held most in common was a desire not to work for a living, if work meant doing anything we didn’t love.”

Had Linklater not had his financial life in order, he never would have been able to explore his passion for cinema for a number of years before eventually hitting it big.

Saving money isn’t just about hitting some mythical number. It’s also about giving yourself options to do what you want in life when you want to do it.

(3) Attach a “why?” to your financial goals. One of the reasons so many young people have a hard time wrapping their heads around the idea of saving is because retirement is such a faraway concept that it’s essentially meaningless.

This is the reason you need to attach a why to your savings goals. Without a concrete reason for saving you’ll always be able to find an excuse to put it off until later.

For Linklater, having a savings account helped buy his freedom:

I had strong ethics about staying out of the nine-to-five grind. Maybe this sounds paranoid, but I think the goal of the greater world is for you to have a mediocre life, not realizing what you want in the world. That’s the story of my parents’ generation. Hardly any of them realized their dreams because they were young parents and fell into the trap of working.

I saw the world as a big trap. I think that’s why I was able to save my money when I was in my 20s. I was buying freedom to live in the kind of world I wanted to live in.

Saving money doesn’t just have to be about buying your independence from work decades into the future.

It can also be about giving yourself the ability to take some risks in the present because you have a financial backstop.

In my new book, Everything You Need to Know About Saving For Retirement, I spend a number of chapters hammering home the importance of saving. The book explores why the entire concept of saving money needs a new PR campaign and the many reasons saving is the most important aspect of any successful financial plan. 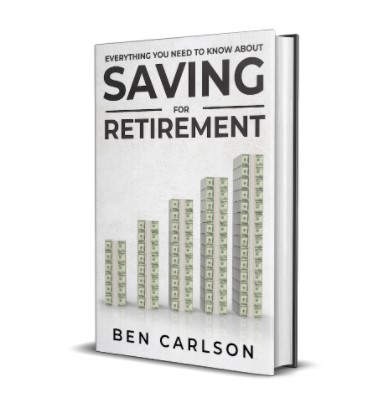 Further Reading:
How a Zoom Meeting Led to My New Book About Retirement