I’m trying something new for some of my more text-heavy posts by giving people an audio version as well. I will try to do this 2-3 times a week if readers like this option.

The hardest part about building wealth for the majority of the population has nothing to do with picking stocks or asset allocation or active vs. passive or the macroeconomy or any of the other stuff professional investors spend their time debating.

The hardest part about building wealth for most regular people is the process of saving their money on a consistent basis.

But it doesn’t take that much to make a big difference over time if you’re able to stick with a regular savings plan.

Even $20 a month could have an enormous impact if you give yourself a long enough runway.

This is easier said than done for a variety of reasons but that’s not a bad haul.

Twenty bucks a month can’t be worth that much, right?

Maybe it’s not realistic for some households to save $500 a month and max out their IRA at the moment. But $20 a month? That’s a reasonable goal for most households, no?

This is real money.

Now maybe people eventually hit a ceiling to how much they can save. Some people simply don’t have the bandwidth to increase their savings by a set amount each year.

But these examples show you can start small and slowly work your way up when building wealth over time. You don’t have to go all-in right from the jump.

Slowly working your way up to a higher savings goal can be done and it doesn’t necessarily take a lot of money.

What it does require is patience, discipline and a long enough time horizon to allow your assets to grow through the power of compounding and regular savings.

I’ve been thinking about the topic of saving money a lot lately since I just put the finishing touches on my next book called Everything You Need to Know About Saving For Retirement: 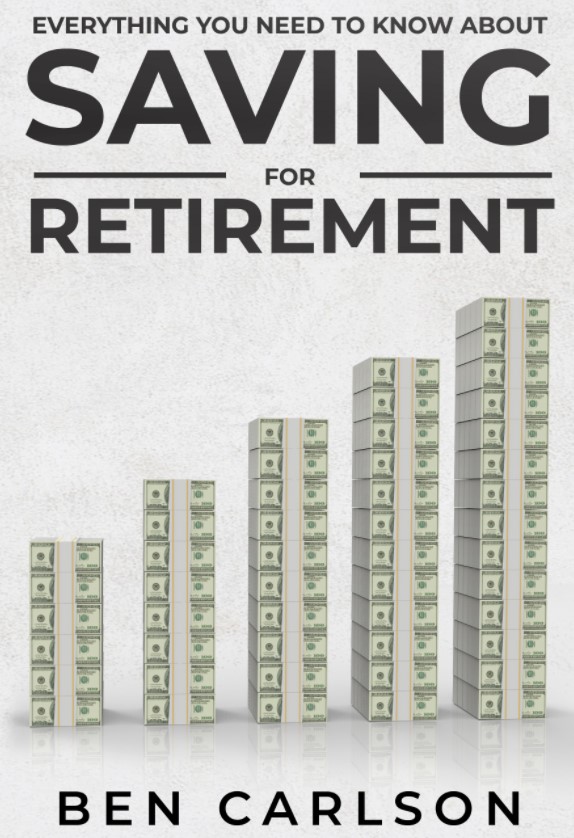 I decided to self-publish with Amazon on this one so there is no pre-order for the book just yet. But I will be giving the people on my email list a heads up before anyone else so pay attention to your email and I’ll let you know when it’s ready to go. I’m targeting the week after Thanksgiving for the release.

I’ll have more to say on the book and why I wrote it in the weeks ahead.

This week’s Animal Spirits video is Michael and me talking the post-pandemic stock market, selling a stock right before a big gain and Warren Buffett on why bubbles happen: