You know what happened next. The biggest one day crash in history saw stocks fall more than 20% in a single day. Many people at the time worried the crash would lead to depression. I don’t blame them.

Yet on a long-term chart the 1987 crash looks like a minor bump in the road: 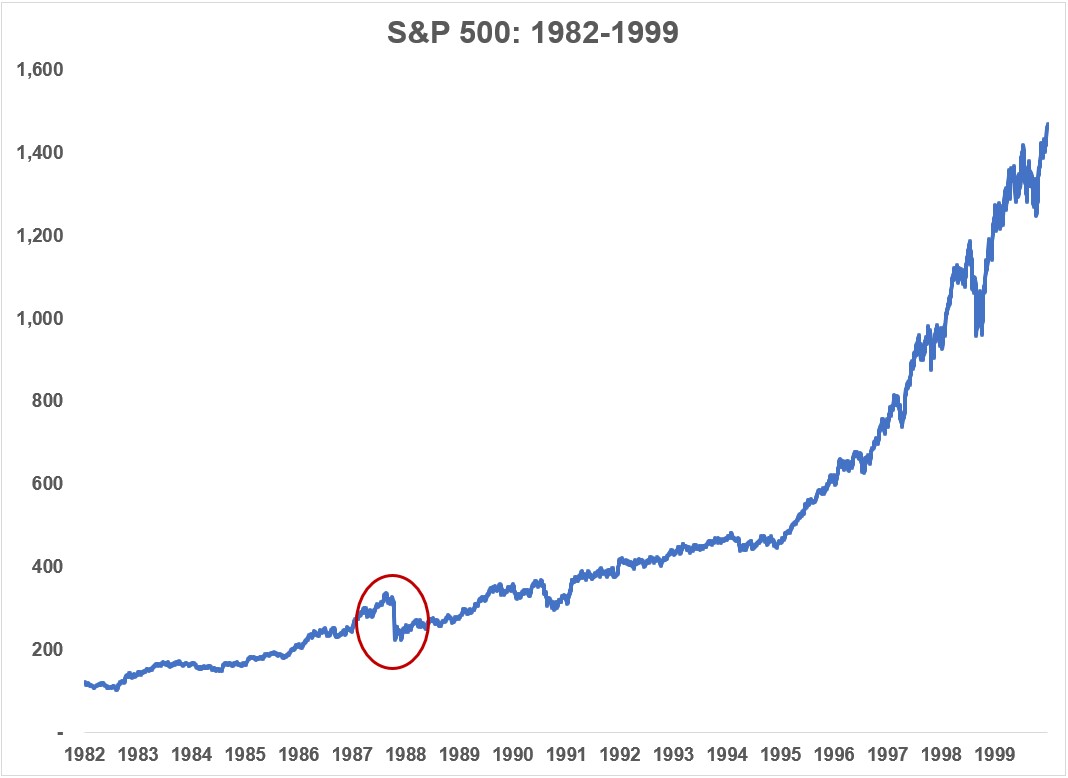 Investors are often fond of using past market environments to compare to the current state of affairs, typically referencing those comparisons with, “history doesn’t repeat but it often rhymes.” 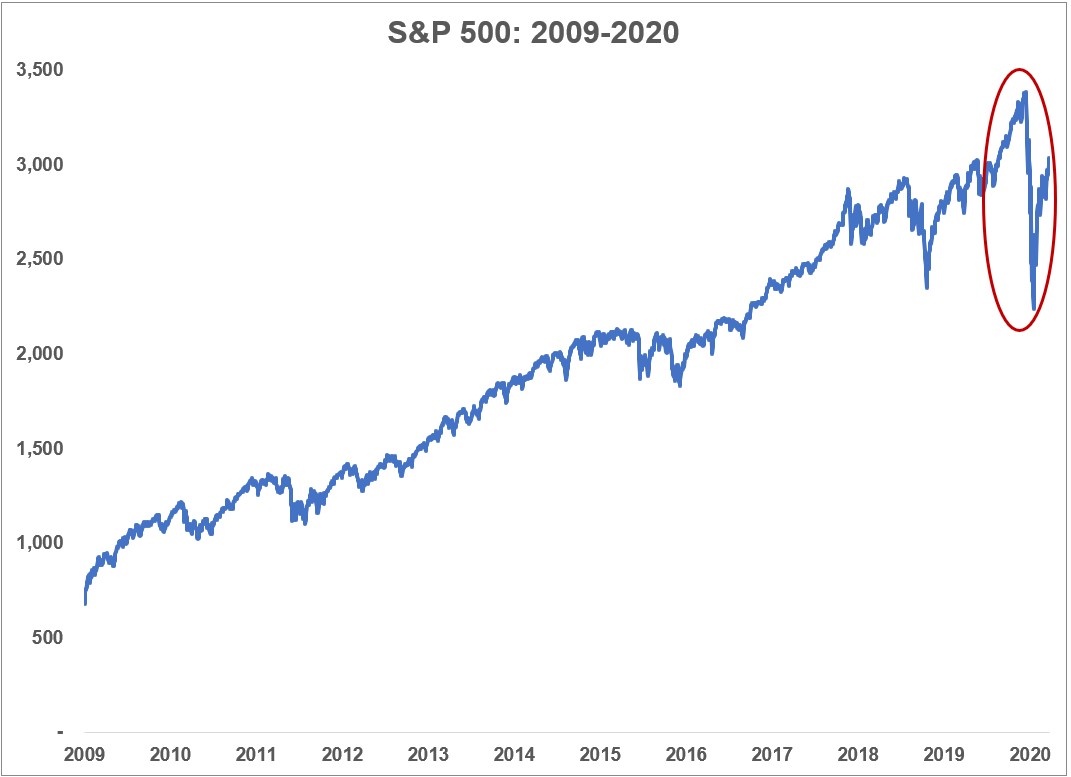 When I looked at the crash and subsequent rally earlier this week I thought to myself: Why couldn’t this be a 1987 moment where we see an awful crash followed by a resumption of the bull market?

My next thought was this:

Nothing about this environment is like the 1980s. They may have thought they were going into a depression back then but we actually did this time (and still stock market is still rallying!).

One of the reasons history doesn’t repeat or rhyme is because there is always stuff happening that has never happened before.

Just look at what’s transpired in the markets this year. 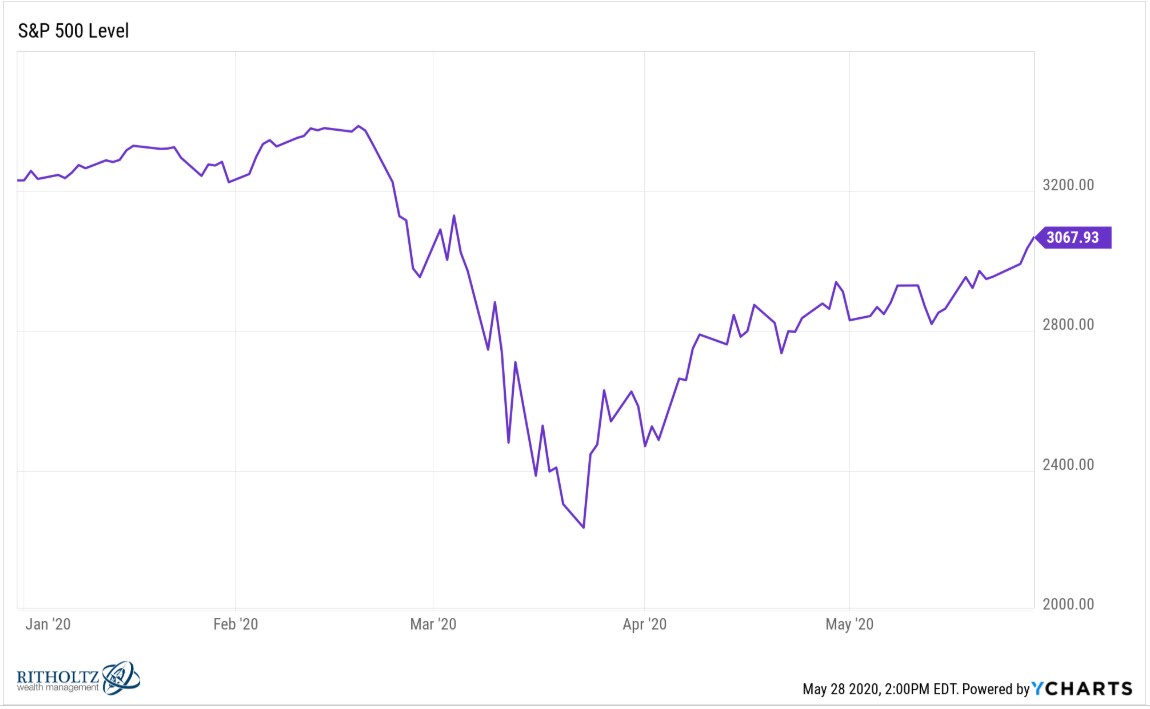 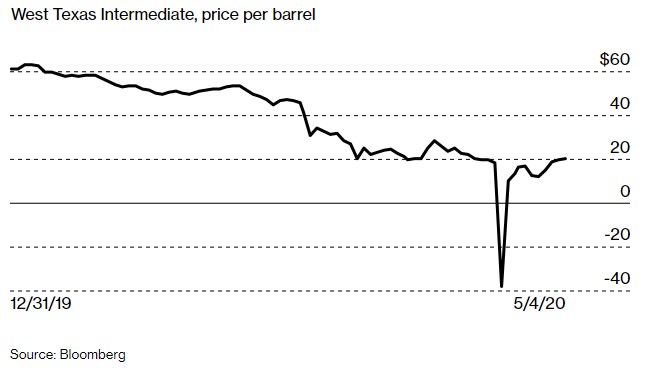 Corporate bonds fell 22% before the Fed stepped in with their bazooka. 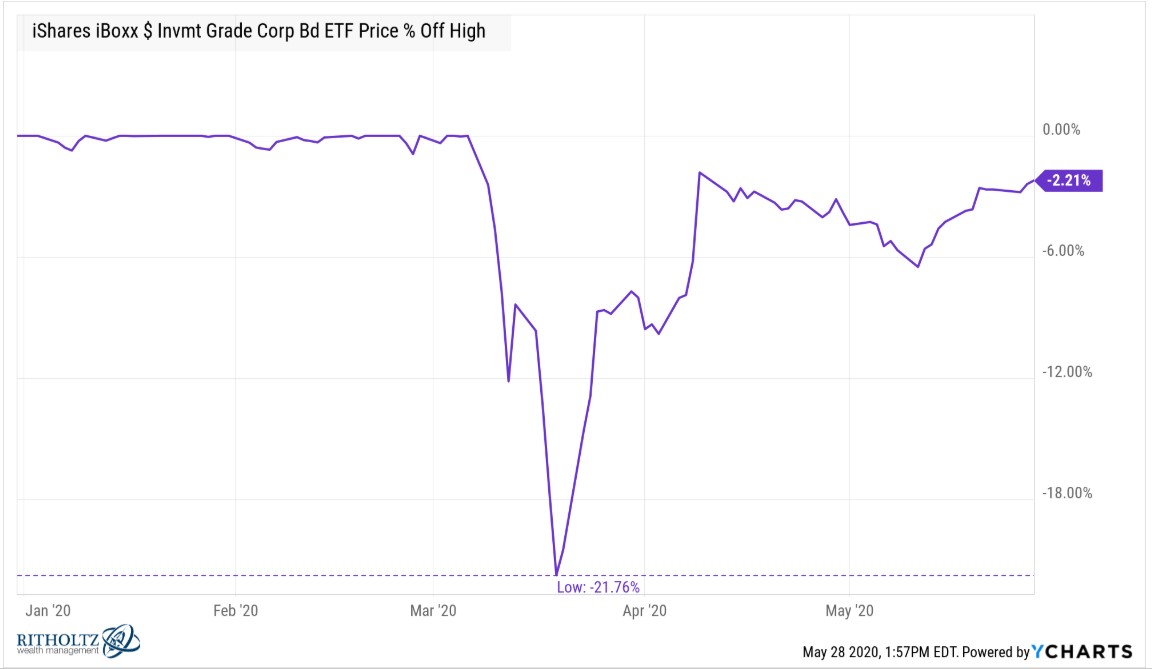 Not only that but even treasuries sold off in mid-March as investors made a mad dash for cash: 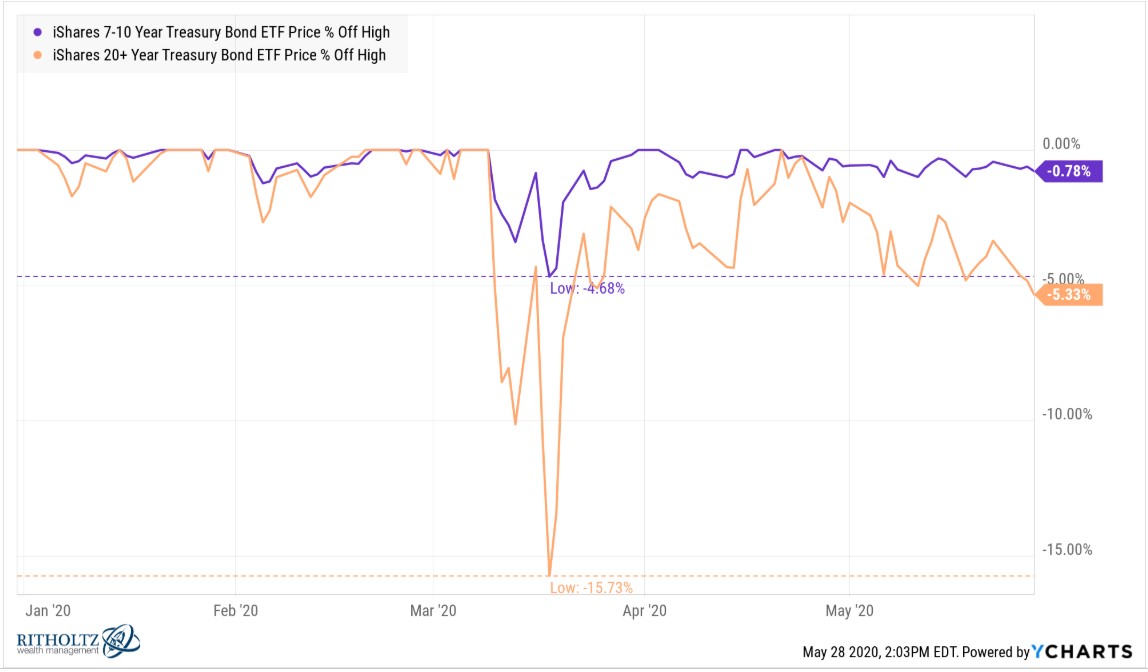 Some of the biggest bond ETFs even traded at a discount for a few days during the massive selling of risk assets.

We’ve gone from the Great Depression to the 1990s in the span of two months.

March was possibly the most volatile month ever in the stock market.

Something investors like to remind you of during bear markets is how “The stock market never bottoms on big up days.”

This makes sense when you consider big up days and big down days tend to cluster around one another during market downtrends. Volatility typically goes haywire in both directions when stocks are falling because investors panic sell and buy.

That enormous 9.4% bounce was THE bottom (so far).

Stuff that “never” happens in the markets seems to happen all the time now.

I figured the fall of 2008 was going to be the craziest market environment of my lifetime. The last 3 or 4 months has surpassed that and then some.

Make no mistake — this is a one-of-a-kind market and anyone who tells you they know what’s coming next is nuts.

Further Reading:
What Good is History When Dealing With an Unprecedented Crisis?