As the baby boomer generation hits retirement age in large numbers this decade, there are a number of potential ramifications. One of the loudest warnings I’ve been hearing for a number of years now is how boomers will destroy the markets as they sell out to fund their retirement.

Here are my thoughts on this risk.

This wave of retirees offers both challenges and opportunities for the financial services industry. Many of these retirees will require advice when it comes to spending down their portfolios; deciding when to take social security; dealing with estate planning, healthcare needs, and tax strategies; and designing a fulfilling post-work life.

The surge of baby boomer retirees will also present challenges for the financial markets. The baby boomers own the bulk of stocks in this country, which makes sense since they have had longer to accumulate financial assets than younger generations. But this fact troubles many people, who worry that once baby boomers go to sell their stocks en masse, the market will crash.

Here are some reasons these fears are overblown.

Many boomers are unprepared for retirement

According to a report from the Stanford Center on Longevity, one-third of baby boomers have no money saved in retirement plans. And for those who do hold a positive retirement balance, the median account value is just $200,000.

When combined with social security and potentially some pension income, many retirees will be able to make things work in terms of keeping up their lifestyle. But many are woefully prepared financially for a retirement that could last two, three or four decades in some cases.

Therefore, many boomers will be forced to work longer. The fact that people are living longer means this shouldn’t come as a surprise, and this fact will likely push back stock selling for a large percentage of boomers.

One of the reasons inequality has continued to worsen in this country is because not enough people hold financial assets. The stock market has been a wonderful money-making machine over the past 10 years but that doesn’t help if you don’t participate.

It’s estimated that the top 10% of households by wealth hold close to 85% of the stocks in the U.S. (which is up from 77% in 2001). This concentration of wealth means most of the stocks retirees hold won’t need to be sold. They are more likely to be passed on to the next generation.

Investors have other assets

Considering the low levels of interest rates and high recent returns in the stock market, you would expect the bulk of money in investor portfolios would be allocated to equities. But that’s not the case. 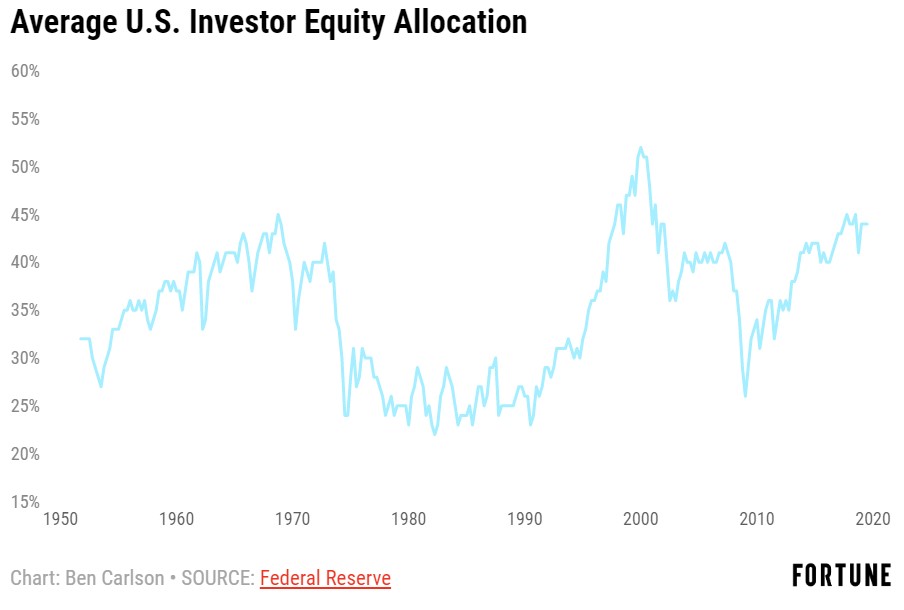 While the level has been steadily rising since 2009, the average household allocation to stocks is still only 44%. Investors also hold cash, bonds, real estate, commodities, their own businesses, and other assets.

So retirees won’t be relying exclusively on the stock market to fund their retirement. And the idea that retirees will immediately shift the majority of their stock holdings into bonds for their relative lack of volatility doesn’t hold water for the simple fact that interest rates are so low and people will have many years ahead of them to continue to grow their capital. If anything, you could make the argument that a lack of retirement savings and a longer lifespan will force people approaching retirement age to invest more in equities, not less.

Someone has to buy those assets

While those 70+ million baby boomers will all be age 65 or older by 2030, they won’t be the largest age group at that point. In fact, they aren’t the largest age group right now. That distinction belongs to the millennials, who number around 87 million. There are also more than 70 million people in Gen Z.

Although young people are financially behind where their parents were at the same age, due to a combination of the timing of the financial crisis and slower wage gains in recent decades, millennials are prime candidates to step up to the plate to buy any assets boomers are willing to part ways with. 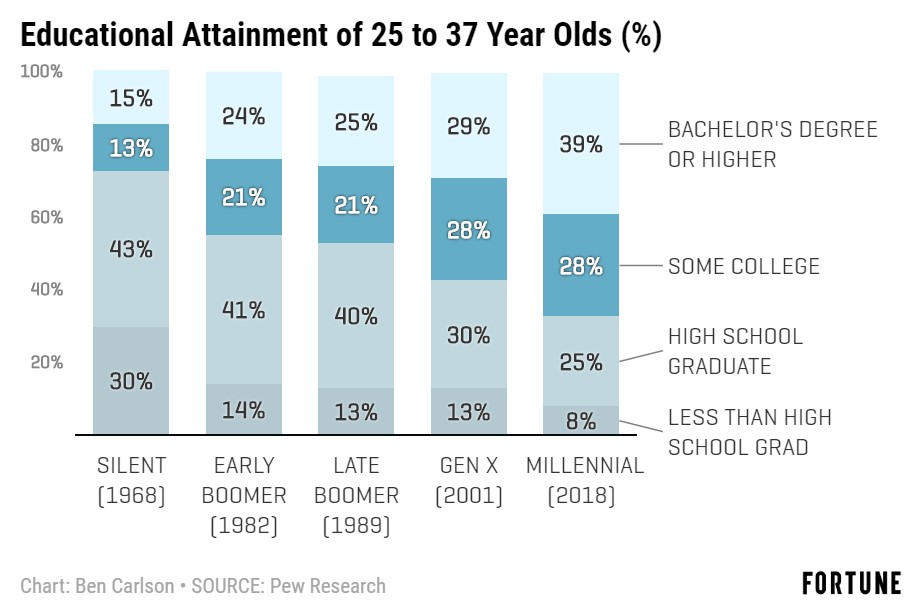 Another reason millennials are behind where their parents were at the same age, when it comes to finances, is that they are by far the most educated generation in history. This means this group has put off some of their earning years upfront to hopefully earn more down the line. 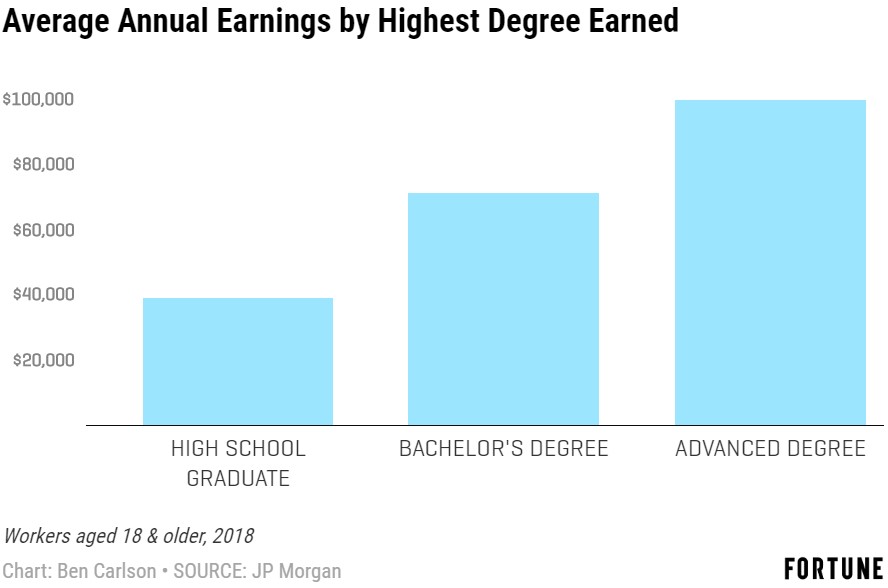 Eventually, younger generations are going to play catch-up when it comes to their financial situations. The oldest millennials will be 39 this year, so a big part of this group is now well into their 30s—a prime age for household formation and moving up the career ladder. This progression is happening later in life for millennials but that means they will be buyers of financial assets for decades to come.

The stock market can and will crash in the years ahead. That’s simply part of the deal one accepts when investing in risk assets. But there are plenty of reasons to believe retiring baby boomers won’t destroy the financial system just because some of them will be net sellers in the years ahead.