Pension plans are eventually going to cause some problems for municipalities who have over-promised and under-saved for their beneficiaries. To make up for differences between asset and liabilities, and because of political pressure to succeed, many of these funds have turned to alternative forms of investing. The next hope to provide a savior is private equity. I’m skeptical that this will solve all of their problems.

The pension crisis is a slow-moving train wreck that will likely cause huge problems for many municipalities and their retirees that are banking on pension income to supplement their retirement spending needs.

Total state employee pension liabilities are estimated in the range of $3 trillion to $5 trillion, while the average funded status of the 50 state pension plans is just 40 percent to 60 percent, depending on the discount rate used to value plan assets. 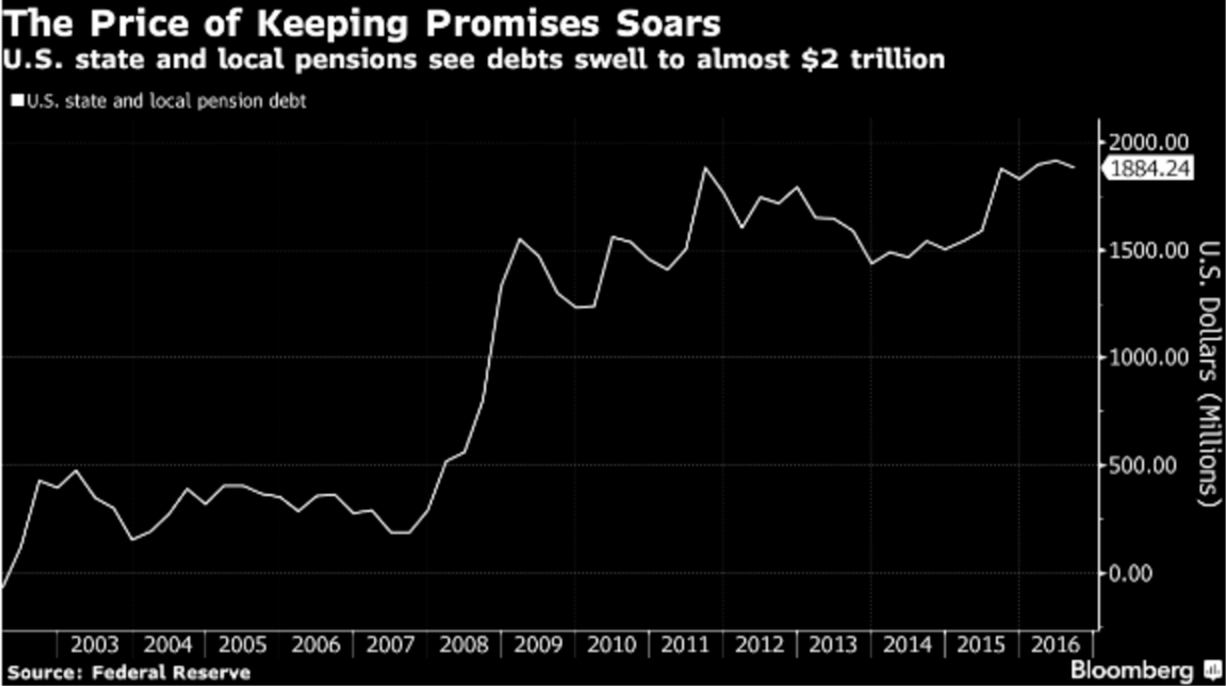 These problems will manifest themselves more gradually than as an event that should lead to either lower future payouts for retirees or higher contributions from your tax dollars. The outcomes — none of which are appealing to lawmakers — will probably entail some combination of higher taxes, broken promises to retirees or fewer dollars to allocate to other government services.

Poor planning, generous promises to employees and a lack of accountability have created these unsustainable pension obligations, but in many cases the money management at these funds has also left much to be desired.

Pension funds are notorious for chasing past performance. One study looked at almost 600 funds from 1990 to 2011 at large pension plans, with an average size of $10 billion. Researchers found that these funds allowed their stock allocation to drift higher during the late-1990s tech bubble then allowed their equity exposure to stay lower at the tail end of the 2007-2009 financial crisis. They were overweight stocks going into the crash and underweight into the eventual recovery because they failed to rebalance back to target allocations.

Another area where pensions have chased performance in recent decades is alternative investments. This was caused by both the technology bust in the early-2000s and the success of the Yale Model. According to The Pew Charitable Trusts, allocations to alts by pension funds have gone from just 11 percent in 2006 to almost 30 percent today.

Pensions piled into hedge funds where the results have been abysmal overall. According to a recent study that analyzed the returns of U.S. pension funds from 1998-2014, hedge funds provided a lower annual return than every asset class outside of cash. So much money piled into these funds that alpha has been nonexistent for most fund investors.

Private equity could lead to similarly disappointing results in the years ahead for many public pension funds. What was once a rounding error in pension fund portfolios, private equity allocations are now closer to 15 percent to 20 percent for the average public plan.

Much like hedge funds, private equity is getting crowded. Michael Mauboussin recently pointed this out in a research note for Credit Suisse:

This competition will make it harder to earn the illiquidity premium investors seek in this private investment because companies will have to pay up for good companies in an environment where more assets are chasing the same deals.

Private equity investments can generally be summed up this way:

Because the risk is so much higher in private investments, investors have typically looked to earn an illiquidity and risk premium over and above the one available in public markets. As these premiums become compressed, it will be even more difficult for the casual investor to earn returns commensurate with the risk and fees involved.

The problem is that pensions have a history of being casual investors in these types of asset classes. Unless you have superior skill and resources available to identify or access top quartile or even top decile private equity managers, you’re almost certain to do worse than you would in the public markets while taking on much more risk.

Pension plans are increasing their risks by piling into private equity investments to try to increase their returns. For those who know what they’re doing, the rewards can be great. For those who don’t know what they’re doing, the risks can be even greater. Private investments are likely to disappoint most pension plans in the coming years because of this.