Author Susan Jacoby shared some other statistics in a recent New York Times piece along with some concerns:

A recently published article in The Journal of the American Geriatrics Society underscores the sobering likelihood that one out of seven 65-year-olds today can expect to be disabled for at least five years before death. The largest increase in the disabled population is projected to occur in the 2030s.

Michael and I discussed this article on our podcast this week and what the implications may be:

It feels a little bizarre to call people living longer a crisis. People living longer is a great thing. It means we’ve experienced huge leaps forward in healthcare and medical innovation. People have more time to spend with their families and the entire concept of a retirement that could last two, three, even four decades would have been unheard of for previous generations.

Crisis or not, this demographic shift does raise some questions:

My biggest worry is this somehow leads to a demographics class warfare where the older generation will need massive support from the government but the younger generations wouldn’t want to pay higher taxes because of it.

The silver lining for the younger generation is we are slowly but surely becoming the majority in this country. Here are the most common demographics by age estimated out until 2035 from the U.S. Census: 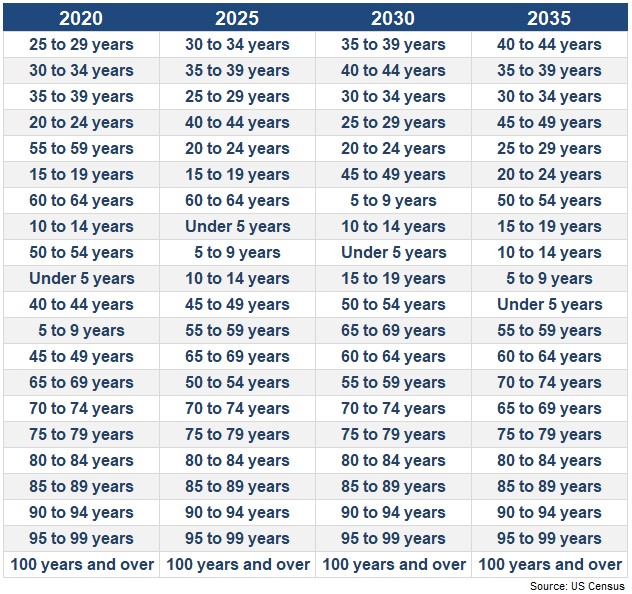 Here’s what the 2020 breakdown looks like by the percentages of these age brackets: 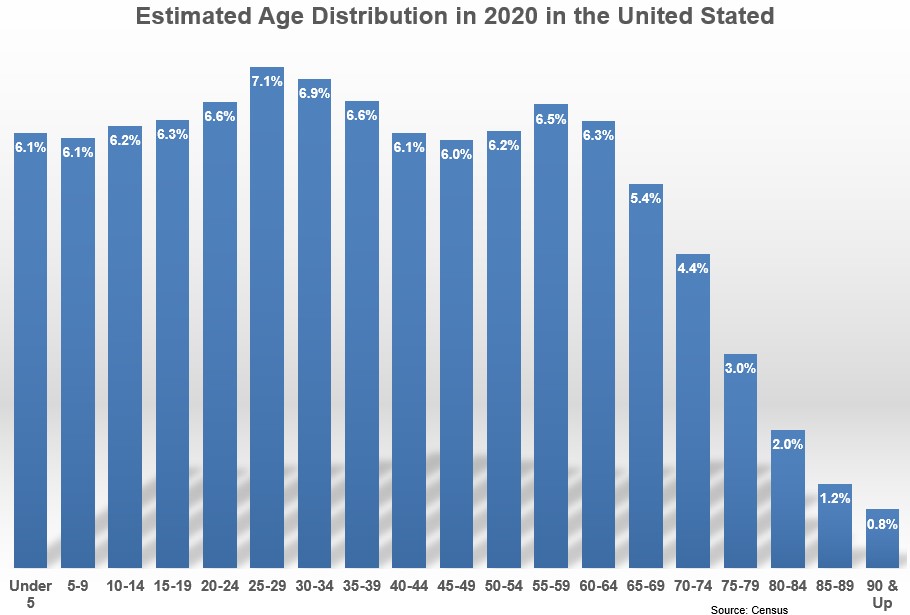 Going even further out this a look at how the demographic distribution is estimated to look going out to 2060: 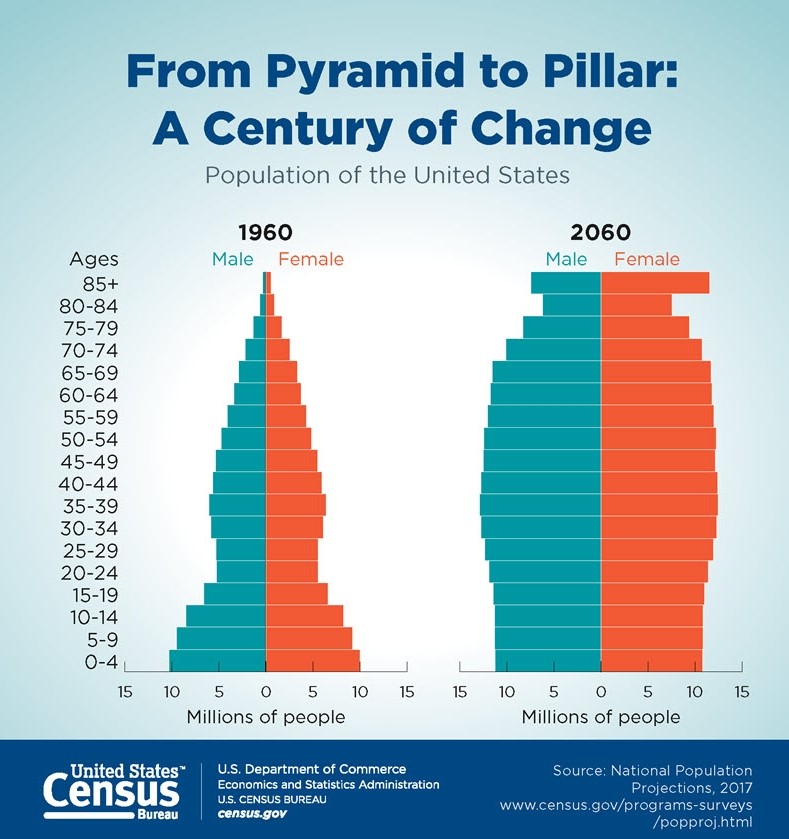 The good news is there isn’t one age bracket that looks to be dominating. But the projected change in our demographic profile over 100 years is striking.

Predicting the outcome of events that have never happened before is not something I want to make a habit of. There are simply too many variables at play here to make a call one way or another about the impact this will have on any number of groups, businesses, or markets.

But it does feel like this coming shift in demographics is not something enough people or governments are prepared for.

Further Reading:
You May Have Longer Than You Think To Invest For Retirement