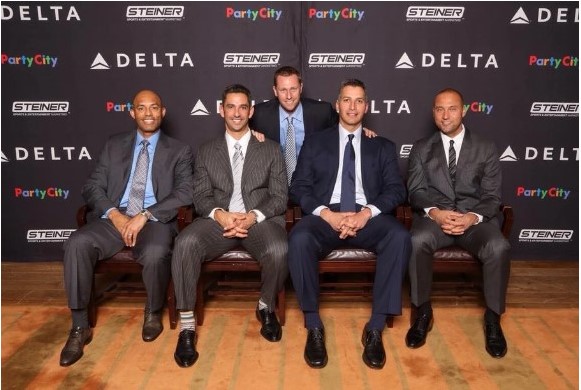 Dana Cavalea became the strength and conditioning coach for the New York Yankees at the tender age of 23.

He quickly learned professional athletes who play more than 30 pre-season games, 162 regular-season games, and potentially dozens of more games in the playoffs need to have a structured routine in place in order to succeed.

In his book, Habits of a Champion, Cavalea described a typical day in the life of a Major League Baseball player:

When we had him on our podcast recently, I asked Coach Cavalea if the players ever needed to spice things up to add some variety to this routine. He rightly corrected me that I was looking at this the wrong way:

Beyond the typical gameday schedule, each player had their own personal workouts and methods within that routine. Cavalea explained how Mariano Rivera, arguably the greatest closer of all-time, had the same exact warm-up routine during every single game:

But what many do not know about the Sandman is that two innings before heading out to the bullpen, he was on his back, listening to salsa music, getting stretched and massaged by yours truly. Every, single, game. When that 5th inning came around, if I didn’t have his green tea and a granola bar waiting, he was not a happy man. Screaming my name like a lunatic throughout the clubhouse. He was consistent, and he expected consistency. That was his method.

The tolerance for repetition here is astounding.

Last week I was talking to a colleague who asked what I do to stay in shape. When I described my workout routine of lifting weights 2-3 times a week and a combination of running/cardio on the other days he was less than blow away. “That’s it?” was the general takeaway.

When I thought about this some more I realized the workout routine itself isn’t what has allowed me to put off the dad-bod all these years. It’s the fact that I’ve been consistently lifting weights and working out since I was 16 years old. I’ve basically been going to the gym on a consistent basis for more than 20 years.

The consistency of working out has mattered much more than the actual workout itself (which has varied as I’ve gotten older).

Consistency is the driving force behind compounding.

Fred Rogers also had a set routine. In his book, Stillness is the Key, Ryan Holiday described what this looked like for Mr. Rogers:

Every morning, Fred Rogers woke up at 5 a.m. to spend a quiet hour in reflection and prayer. Then he would head to the Pittsburgh Athletic Club, where he would swim his morning laps. As he walked out to the pool he would weigh himself—it was important that he always weigh 143 pounds—and as he jumped in, he would sing “Jubilate Deo” to himself. He emerged from that pool as if baptized anew each day, a friend wrote, fresh and fully prepared for the workday ahead.

When he got to the set of his television show, the next part of the ritual began, one that was recorded for posterity in identical fashion over hundreds of episodes, year after year. The theme song starts. The yellow light flashes. The camera pans to the front door. Mr. Rogers enters, singing, and walks down the stairs. He takes off his jacket and neatly hangs it up in the closet. He puts on and zips up his trademark cardigan—the one his mother made him. Then he takes off his shoes and puts on a comfortable pair of boat slippers. Now, and only now, can he begin to speak and teach to his favorite people in the world—the children of his neighborhood.

To some, this might seem monotonous. The same routine, day in and day out, that extended beyond “Cut!” at the end of each show to an afternoon nap, dinner with his family, and a 9:30 bedtime.

I’m sure many would look at this and assume so much structure would lead to a boring life. Holiday explains why this isn’t necessarily the case:

The same weight. The same food. The same introduction. The same close to the day. Boring? The truth is that a good routine is not only a source of great comfort and stability, it’s the platform from which stimulating and fulfilling work is possible. Routine, done for long enough and done sincerely enough, becomes more than routine. It becomes ritual—it becomes sanctified and holy.

Life can be exhausting at times in such an unpredictable world so creating your own realm of certainty can act as a sanctuary of sorts.

Of course, your entire life can’t be the same thing over and over again in perpetuity. Even professional athletes need to take a break in the offseason.

The problem is most working professionals don’t have an off-season. Cavalea explains the problem with working too much and the importance of downtime:

What does that lead to, besides high-guilt vacations? Never turning off. Like a radio that is plugged in for too long, frying out is the result if the cycle can not be broken. Eventual burn-out and performance decline are inevitable.

What I failed to mention here is that there is a tremendous amount of expectation and performance anxiety that can take place during those eight months. This makes the rest and recovery that much more important. High expectations often lead to overworking, lack of balance, and stress. But, in sports, most of the players realize that if they do not recover, they can’t sustain long term play.

Even the best and brightest occasionally require some downtime.

Bill Gates goes and reads in the woods for a week every year.

Rockefeller used to take a break every day from world oil domination for some crackers and a nap.

And the great thing about having a routine in place is you know exactly what to do when your vacation is over so you can start the whole process over again.