What inning are we in?

This question was asked tongue-in-cheek but it’s still worthy of a serious answer because so much time and energy are devoted to figuring out where we stand in the market or economic cycle.

Here’s what I had to say about this one on Instagram:

I ran this one about how the Fed is always running out of ammo all the way back in 2016: 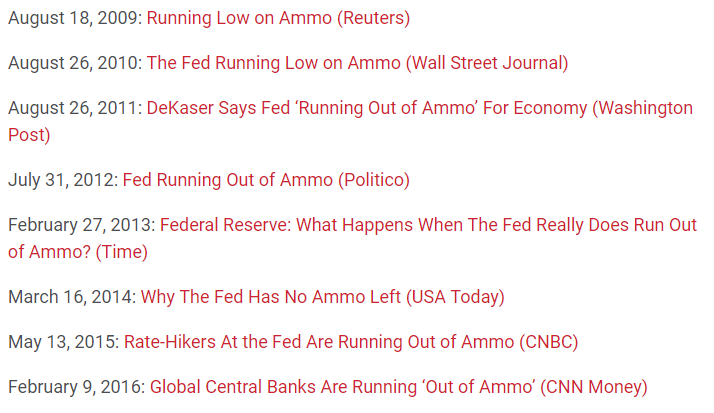 The markets are always and forever going to be cyclical but the timing and magnitude of those cycles will always be different. No one can forecast these things with accuracy and if they could they wouldn’t spend their time warning you about them.

Plus, even if I gave you the exact start and end dates of the next recession you still may not be able to take advantage. This is the performance of the S&P 500 during every recession going back to the mid-1920s: 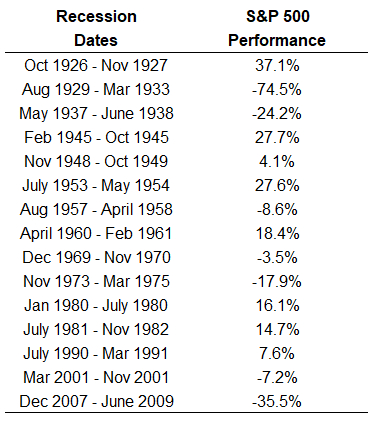 This doesn’t mean stocks weren’t down big around these slowdowns but bear markets don’t perfectly align with the start and end dates of recessions. The last recession ended in June 2009 but stocks had already begun rallying hard in early-March of that year. By the time the 2001 recession began stocks were already down close to 20% and they fell even further after the recession ended.

There’s no way to perfectly line up economic and market cycles because investors over- and underreact to these situations.

The bigger risk for most people is constantly forecasting where we are in the cycle and then guessing what that means for their money based on faulty predictive abilities.

Where you are in your investment lifecycle is far more important than where we’re at in the economic or market cycle.

Your risk profile and time horizon are much easier to define than what inning we’re in.

Further Reading:
Can the Stock Market Predict the Next Recession?