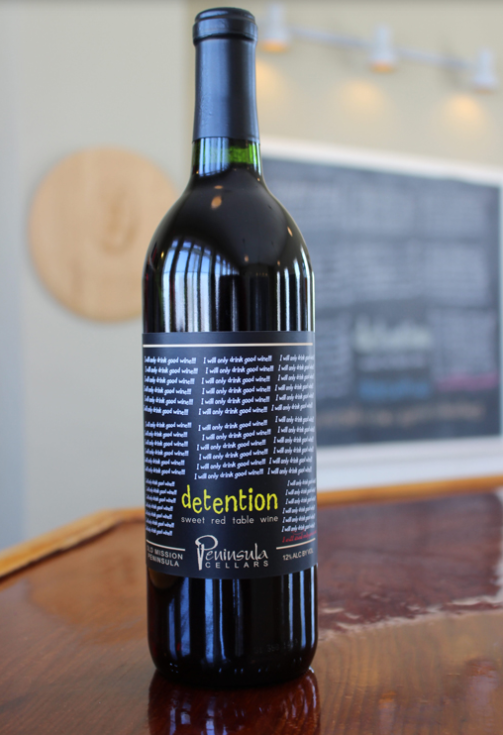 My wife and I attended a wine tasting party a few weeks ago at a friend’s house (21-year-old me can’t believe 37-year-old me just typed that but here we are).

Every couple brought the wine of their choice to the party and all of the bottles were then placed in an individual bag with a number on them so you didn’t know which wine you were drinking.

We then sampled each of the anonymous wines and rated them from best to worst. Once everyone was done tasting some of each, the votes were tallied and the couples who brought the top two favorites of the group won some prizes.1

We took second place but I think there was a reason our wine stood out. Our table was all red wine drinkers and every other wine at the table was of the dry variety. Ours was the only sweet wine of the group.

So regardless of what people thought about how the wine tasted on an absolute basis, it stood out on a relative basis. That gave it a better chance of having extreme opinions because people either loved it or hated it when compared against the rest of the samples.

I wish I could say it was my plan all along to be different, but really it was just luck of the draw based on the wine I chose (see the picture at the top from my hometown Peninsula Cellars Winery).

This is like the Keynes beauty contest analogy. The trick isn’t to necessarily pick your favorite, but the one you think others will pick as their favorite.

Contrarianism has it’s limits but it’s important to figure out how to stand out from the crowd because research shows audiences will forget something like 90% of what you communicate to them.

This seems even more relevant in today’s world where there are a million things in competition for eyeballs.

So how can you become more memorable so your communications actually get through to your intended audience?

Use stories. Stories have helped mankind go from small tribes to enormous cities, corporations, communities, and organizations. As much as we’d like to think we’re all driven by cold hard facts, it’s stories that create the spark that gives people the nudge to take action.

Make it easily relatable. Researchers from Cornell performed an in-depth analysis of famous movie lines to figure out what made them withstand the test of time. Using my favorite movie database, IMDb, they built a computer program that studied the most quotable lines to determine what made them so memorable. The study suggests the most memorable lines could be applied to a number of different contexts.

Something like, “I’m going to make him an offer he can’t refuse,” can be used in a variety of situations. The same is true of lines from Dumb & Dumber, The Princess Bride, Forest Gump, Swingers, The Big Lebowski and the like.

Analogies are also highly effective at making your message relatable to a wider audience.

Break the pattern. Carmen Simon discusses the benefits of using the element of surprise in her book Impossible to Ignore:

When there is a framework, let’s say a set of slides in a PowerPoint presentation, some items can become distinct relative to their “neighbors.” Scientists call this salience. Items with less salient neighbors will be more distinct than items with more salient neighbors. This view challenges the belief that the beginning and ending of a sequence are always more memorable than what happens in the middle. It is possible that the beginning and ending of a sequence are salient because of their privileged position: no neighbors on one of the sides. However, you can rescue any middle in your communications (presentation, blog, e-mail, marketing campaign, training program) if you establish a framework first and then determine neighboring items around the ones you want to make memorable.

It’s counterintuitive, but the more similar elements used in your communications, the harder it will be for others to remember them later. You need something to be distinct to be recalled in most cases.

Seek rewards and avoid punishments. Simon lays out the three steps in which research shows people will act on their future intentions:

1. Notice cues that are linked to their intentions.

2. Search their memory for something related to those cues and intentions.

3. And if something is rewarding enough…execute.

Each of these steps deals with the tendency of our brains to seek rewards and try their best to avoid punishment (aka loss aversion). Research has shown that even asking someone to imagine they’ll do something in the future increases the likelihood of them taking action because that simulation hits the reward receptors in the brain.

Simplify. The world is a confusing place so making a complex topic easier to understand can help you stand out. Simplifying reduces the strain on people’s mental workload. Helping others get to the point where the lightbulb goes off can help keep your message at the top of their mind.

1I wish we would have taken things a step further and written down the prices of each bottle to see if they made any difference at all. My guess — and the studies back me up on this — is that it wouldn’t have mattered.