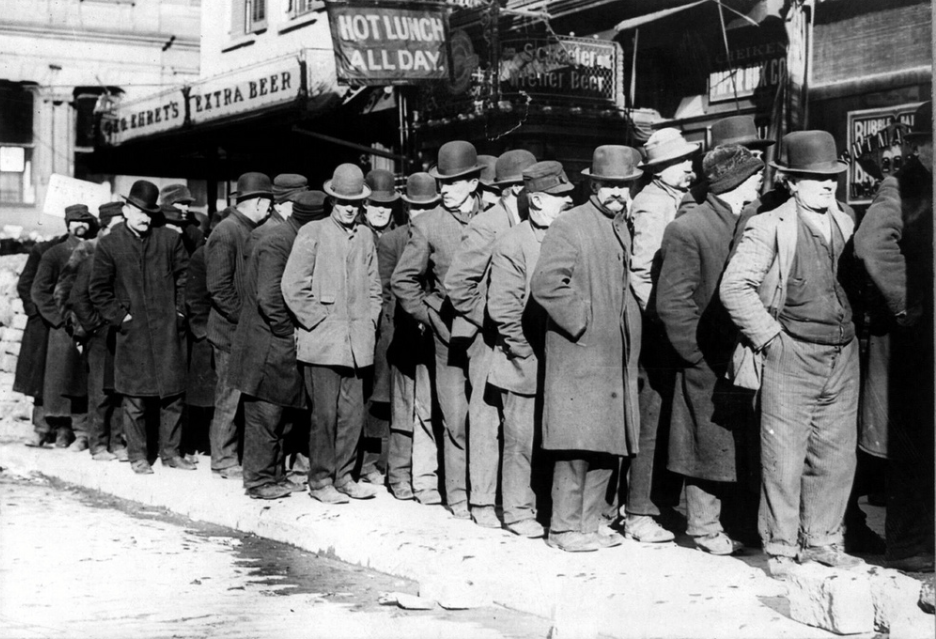 I have yet to see a large group of retirees waiting in a bread line, so I don’t think we can go so far as to call this a crisis. If anything, the majority of people who are in trouble need to reset their expectations for what retirement will look like compared to their lofty goals.

I’m all for having a glass-is-half-full philosophy on life, but you also have to be realistic. This optimism seems a tad misplaced when you look at the actual numbers: 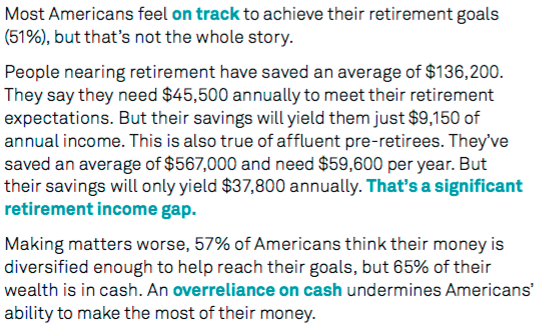 This is not necessarily a retirement income gap; it’s an expectations gap. The average social security monthly benefit is roughly $1,300 or just shy of $16,000 a year. That helps close the gap a little, but still leaves many people being forced to change their standard of living in retirement. 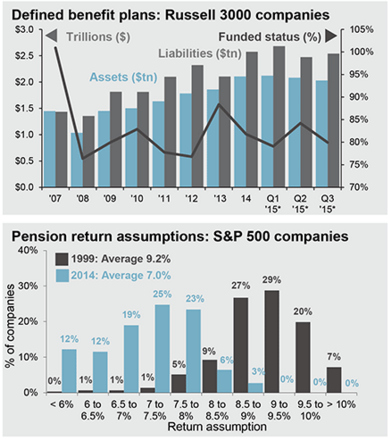 Average return assumptions have come down since the end of the dot-com bubble, but these plans are still going to have to face reality eventually. As my colleague Barry Ritholtz noted recently, the underfunded status of many pension plans has caused them to make asset allocation changes that have only made their problems worse.

Employee and employer contributions will likely have to make up for this shortfall as I would imagine these two pieces of the pie will be forced to grow in the coming years and decades compared to what they’ve been in the past: 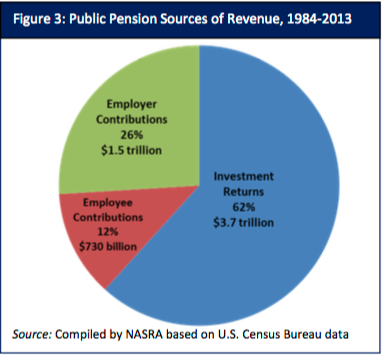 Nobody like to make hard choices because…they’re hard. I don’t think the retirement “crisis” is as bad as some people make it out to be. But we do know that people are living longer yet not saving more money to compensate for a longer lifespan. This is a good problem to have but one that needs to be addressed.

Here are the various options for those who are underprepared:

One of the downsides of this will be that certain investors will end up taking on more risk than they should, which could only make the problem worse. This could be magnified in an era of low interest rates.

None of these options are ideal, but they will be necessary for a large number of people who have either high expectations for life in retirement or not enough savings to cover their current lifestyle.