The Teflon market has deflected everything that’s been thrown its way, as this chart from Bank of America demonstrates: 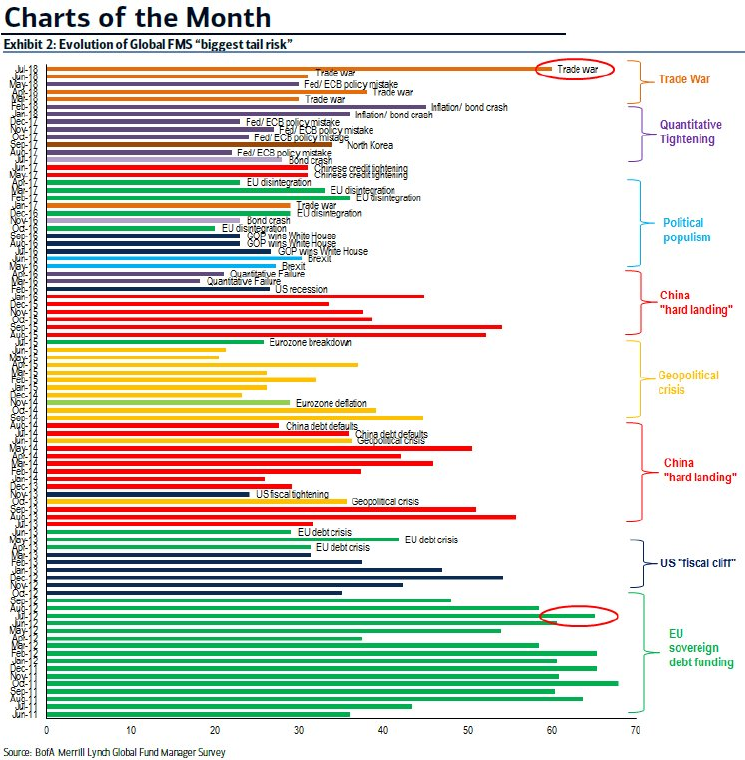 Think about all the scary headlines attached to each of these worries over the years. And yet here we are back at all-time highs yet again.

Last week the President’s campaign manager and lawyer were found/plead guilty of fraud. Did the stock market care? No.

Just this year alone stocks have shrugged off trade wars, political instability, emerging market crises, interest rate hikes by the Fed and I could go on.

Any rational person would be right to ask: Why doesn’t the stock market care about all this news?

Markets don’t care who the president is. People may not like to hear this but it’s true. Investors care about earnings, interest rates, trends, and sentiment. The stock market and the economy are bigger than any one person or one administration.

Last week Trump said, “I’ll tell you what, if I ever got impeached, I think the market would crash.”

The market could always crash but I’m guessing it wouldn’t be caused by this.

Stocks were up almost 30% in 1998 during the impeachment proceedings for Bill Clinton. They rose another 21% in 1999. Stocks fell 23% after Richard Nixon resigned from office in 1973. The difference is stocks were already going up in the 90s and already going down in the 70s so in both cases they simply continued doing what they were already doing.

Ideology has no place in the markets.

Expectations matter more than the news itself. The headlines never matter as much as the reaction to the headlines. Markets move based on relatives, not absolutes. The stock market is forward looking so what’s already priced in matters more than what CNN or Fox News is telling you about what just happened. By the time you’re trying to figure out how the current news cycle will impact stocks, the market has already moved on by over- or underreacting to that news. It’s messy but that’s how things work.

The flow of information is mind-boggling. The Battle of New Orleans was one of the bloodiest skirmishes in the War of 1812. The sad thing is it never should have happened. The war had already been over for two weeks by the time almost 13,000 British and American soldiers went to battle. A peace treaty had been signed but news traveled so slowly in the early 19th century no one who was there had a clue. So they continued fighting.

Now we have an endless amount of information with alerts set up on our mobile devices to ensure we never miss a thing. This has to have some impact on the markets.

Just think about how quickly stocks fell earlier this year on basically no substantial news or market-moving events: 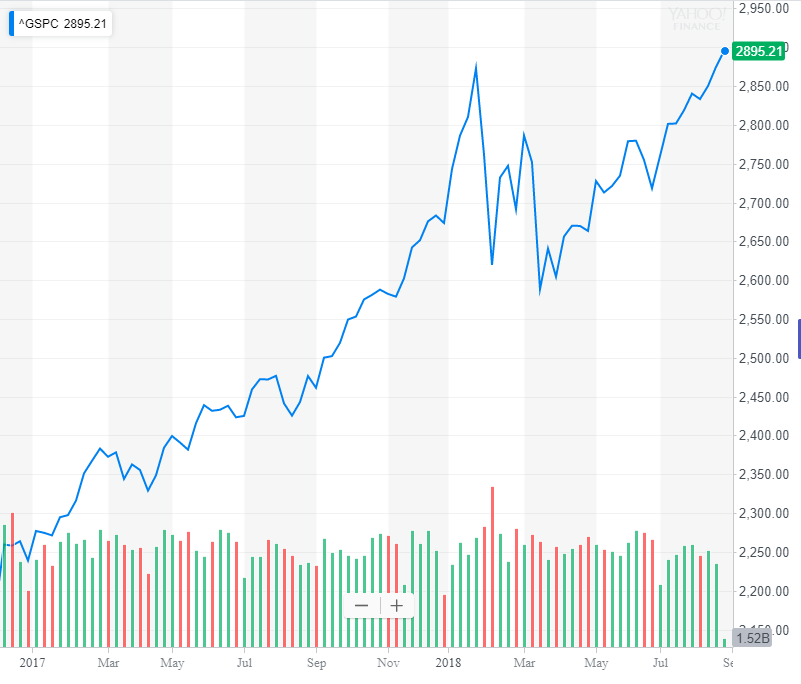 Trying to figure out how one headline or even a series of headlines will impact the markets is insanity considering we’re all drinking from a firehose of information now.

We are pattern seeking creatures. Our brains like to latch onto patterns, even where none exist. This is why trends and momentum occur in the markets. We see something happen a few times, maybe we initially underreact, but eventually, we begin to believe whatever has been happening will continue to happen indefinitely.

Of course, this is a strategy that works until it doesn’t. Once it becomes apparent that a pattern is broken investors then overreact in the other direction. This is why bull markets are relatively calm but bear markets are created out of panic.

Sometimes these patterns manifest themselves through a fear of missing out (or in the case of professional investors a fear of underperforming). This will be the case until the pattern is broken and the fear of being in takes over. It’s just very difficult to know when that sea change will take place.

The economy is still humming along. I have a theory that nothing is properly rated anymore because of the Internet. Everyone has an opinion about everything and it’s caused people to think in terms of extremes. Everything is black or white, right or wrong, left or right, etc.

We haven’t had economic extremes during this recovery. The progress has been gradual so anyone predicting a rocketship to the moon or a terrifying crash has been wrong. Gradual good news doesn’t play well in the headlines but it’s been there nonetheless.

Things are far from perfect but the markets don’t care about good or bad; they care about better or worse. And things continue to get better as a whole with the economy.

Eventually excesses will build and we’ll have a sustained downturn. But you won’t hear about it ahead of time in the news.

Further Reading:
How Markets Respond to Geopolitical Crises
Does the Stock Market Care Who the President Is?