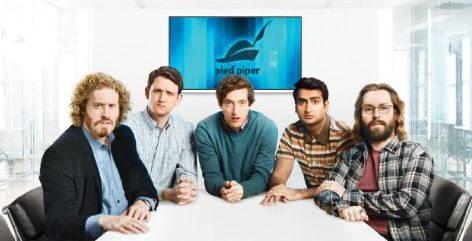 There’s a piece in the New York Times today which posits that the cycle may be turning in Silicon Valley. Well-known venture capitalists such as Chamath Palihapitiya and Bill Gurley are cited as those who have been tempering expectations for the tech industry. Here’s Gideon Lewis-Kraus what’s been driving things lately:

This passage reminded me of something my colleague Barry Ritholtz covered this in his book, Bailout Nation, on one of his pet theories for the last financial crisis:

The question before us is simply this: Why did these profitable, well-run companies insist on embracing ever greater amounts of risk? What was is that compelled formerly conservative, low-risk business models to throw caution to the winds and shoot the moon?

The most cogent explanation is tied to misplaced incentives and the overcompensation of senior executives, especially the C-level execs. Much of it can be traced to the glory days of the tech boom.

In the bull market boom of 1982 to 2000, employees at Silicon Valley received huge pools of stock options. These were wildly risky companies whose potentials for success were slim. Indeed, the typical start-up eventually fails via conception or execution. Once the venture capitalist money is exhausted, it is on to the next start-up. Those few who made it really hit the big time: first Intel, then Microsoft, then Cisco, Apple, Dell, Oracle, AOL, and EMC. Each of these firms’ founders became billionaires, and many of their early hires became millionaires.

That alone wasn’t what did it. These were storied names, famously started in garages and dorm rooms. It wasn’t even the second wave of technology firms hat went public that caused the problem. Netscape, Rambus, Microstrategy, Global Crossing, Research in Motion, Yahoo!, and others all grew rapidly, had enormous revenue, and were real businesses.

I suspect it was the third wave of technology initial public offerings (IPOs) — whisper-thin business models, zero profitability — that really got under the bankers’ skin. These were the merest wisps of companies, put together over the course of a semester or two by college kids. The bankers watched as companies like WebMD, CMGI, eToys, Investor Village, Excite, and InfoSpace went public, creating vast paper wealth; perhaps Pets.com was the last straw. When the pubescent founders/CEOs/dudes-in-chief became billionaires after the IPOs, one can only imagine what bank executives thought.

For some reason people seem to think that it’s easier to get rich in tech than other industries so they assume that they’re deserving of a piece of those riches. Fear of missing out can be a very expensive mistake in the markets, but investors just can’t help it when they see others getting rich. Dumb money always takes things too far and envy is as good of a reason as any that I can come up with.

The good news is that if there is another tech bust it won’t be mom and pop IPO investors who are hurt the most. This time it’s mostly been the “smart money” who has piled into VC funds, hoping to strike it rich before the well runs dry. It will mostly be the rich who are affected during the next downturn. They’ve benefitted the most over the past cycle and they’ll be the ones who will suffer the most on the downside. It’s also worth noting that the entire venture industry is a relative drop in the bucket in the financial markets. If things do turn in Silicon Valley, there will likely be few spillover affects.

I don’t subscribe to the idea that this was necessarily a huge bubble in this case, but whatever you call it these cycles always have a downside eventually — that’s why they’re called cycles. I don’t have the foresight to call an end to this one like many are now starting to do, but the shakeout will be interesting when it comes. To quote Tom Cruise in the movie Cocktail, “Everything ends badly, otherwise it wouldn’t end.”