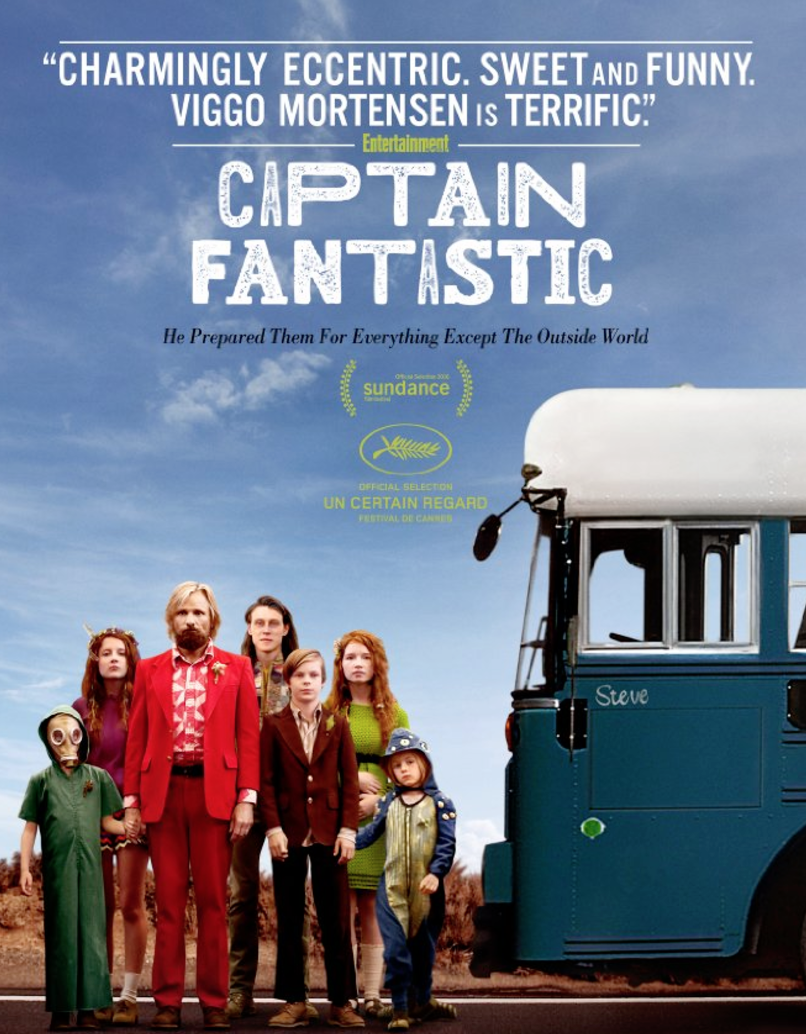 The past few years have been rough on movie lovers like me. The majority of new releases are unoriginal and follow a worn out script. Hollywood’s formula is to remake old movies or simply come out with as many sequels as possible to try and replicate past successes. Take a look at the number of sequels in the 10 highest grossing movies by year to see this trend in action:

I’m sure Hollywood is just trying to make as much money as possible by giving the people what they want, but as far as I’m concerned the quality of new movies has come down considerably in the past decade or so (luckily, we’re living in the golden age of TV to make up for it).

So I’m always pleasantly surprised when I find a high quality, original movie these days. My favorite from 2016 was Captain Fantastic with Viggo Mortensen.

The plot revolves around a family with six children who live in the mountains of the Pacific Northwest. The parents shun the material world and try to teach their kids to live a simpler life in the wilderness. They’re basically home-schooled on steroids, learning not only through a wide variety of books but are also how to fend for themselves, stay physically fit, live off the land and survive in the outdoors.

The problem is the kids have been isolated from society for so long that they don’t really understand how to interact with other people and how social norms tend to work. The children learn just about everything there is to know from classic novels and books, but they lack the social skills necessary to strike up friendships or carry on conversations in the real world.

After an awkward conversation with a girl in a real world setting, the eldest son finally realizes the fact that he needs more experience interacting with others. He lets his father (Mortensen) know how he feels:

Father: “You speak six languages. You have high math, theoretical physics! This is what I’m talking about! What the hell are these people going to teach you?”

Son: “I know nothing! I know nothing! I am a freak because of you! You made us freaks! And mom knew that! She understood! Unless it comes out of a f*cking book, I don’t know anything about anything!”

This was one of my favorite scenes in the movie. The son, Bo, realizes that although he knows almost everything there is to know about history, science, math, philosophy, law and literature, he knows almost nothing about how to use that knowledge correctly. He has no street smarts or common sense.

In 2007, Charlie Munger gave the commencement speech to USC Law School graduates. He told a story to illustrate how there are two types of knowledge in the world:

I frequently tell the story of Max Planck when he won the Nobel prize and went around Germany giving lectures on quantum mechanics, and the chauffeur gradually memorized the lecture and he said, “Would you mind professor Planck, it’s so boring staying on our routines, would you mind if I gave the lecture this time and you just sat in front with my chauffeur’s hat?”

And Planck said, “Sure.”

And the chauffeur got up and gave this long lecture on quantum mechanics after which a physics professor stood up in the rear and asked a perfectly ghastly question and the chauffeur said, “Well I’m surprised that in an advanced city like Munich I get such an elementary question, I’m going to ask my chauffeur to reply.”

Well, the reason I tell that story is not entirely to celebrate the quick wittiness of the protagonist.

In this world we have two kinds of knowledge, one is Planck knowledge, the people who really know, they paid the dues, they have the aptitude.

Anyone can read a book or memorize dates, events, quotes or formulas. The real money is made through the application of knowledge and ideas.

It wasn’t until after college that I developed a true love for books. I really wish I would have picked up the habit earlier because this self-education has been far more important to me than any class or teacher I’ve had in my lifetime. Reading has opened my eyes to stories, ideas, research, data, history and provided some much-needed perspective. Plus, it’s made me realize that learning is an ongoing process that never really ends.

But in many ways, it’s probably a good thing it took me so long to get into it. When I was in high school and college I never really read many (any?) books. I was always too busy doing other stuff to care about reading. I had a social life. I played every sport imaginable. I had fun. I still studied and got decent grades, but it wasn’t all-consuming.

And I’ve learned that I would much rather work with a B student who has the right social skills than an A student who doesn’t know how to talk to or work with other people.

Obviously, these things aren’t black and white. The ideal is both book and street smarts. But social skills are often an overlooked aspect of success.

Further Reading:
What They Don’t Teach You in Business School