Oil prices are down nearly 20% this year. This has hurt energy stocks, as the sector off around 5% on the year versus a 7% gain in the S&P 500. At one point the energy sector was down nearly 25% from the highs reached earlier this year.

Whenever oil prices make a big move in either direction, there are some fairly standard arguments made given for its effect on the overall stock market. If oil falls, as it’s done this year, the conclusion is that the consumer should have more discretionary spending money from lower gas prices. Thus, economic activity should increase and it should be good for the stock market. If oil rises, the conclusion is that consumers have less to spend so it should hurt economic activity and stock prices.

Rarely is any actual evidence presented, though. These are more or less intuitive arguments. So let’s take a look at the data and see what the historical relationship has been between oil and the stock market. Here are the price charts going back to the early 1980s: 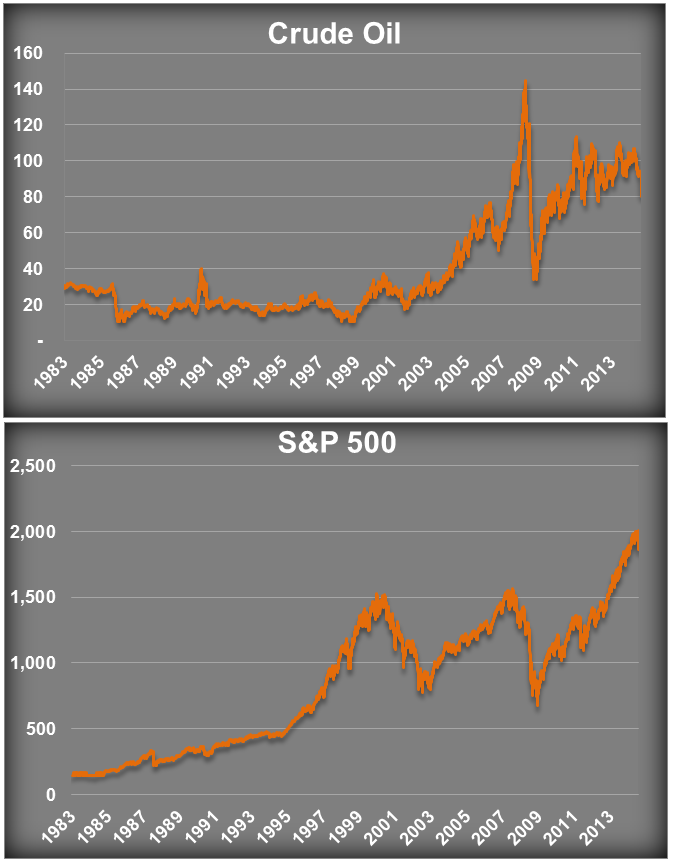 To the naked eye, there isn’t much of a relationship between the two, except that both got crushed in the 2008 crash. So let’s look at the correlations to see how strong the relationship is between the price movements.

Over a one year time frame, it’s is all over the place. Here’s the rolling one year correlation between stocks and oil since 1983: 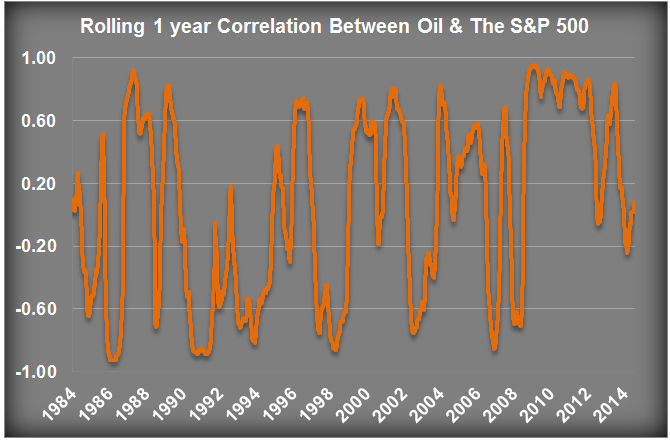 There are huge swings from positive to negative correlation over time. Taking a longer-term view and extending the window to three years smooths things out a bit, but you can see the relationship is still very cyclical: 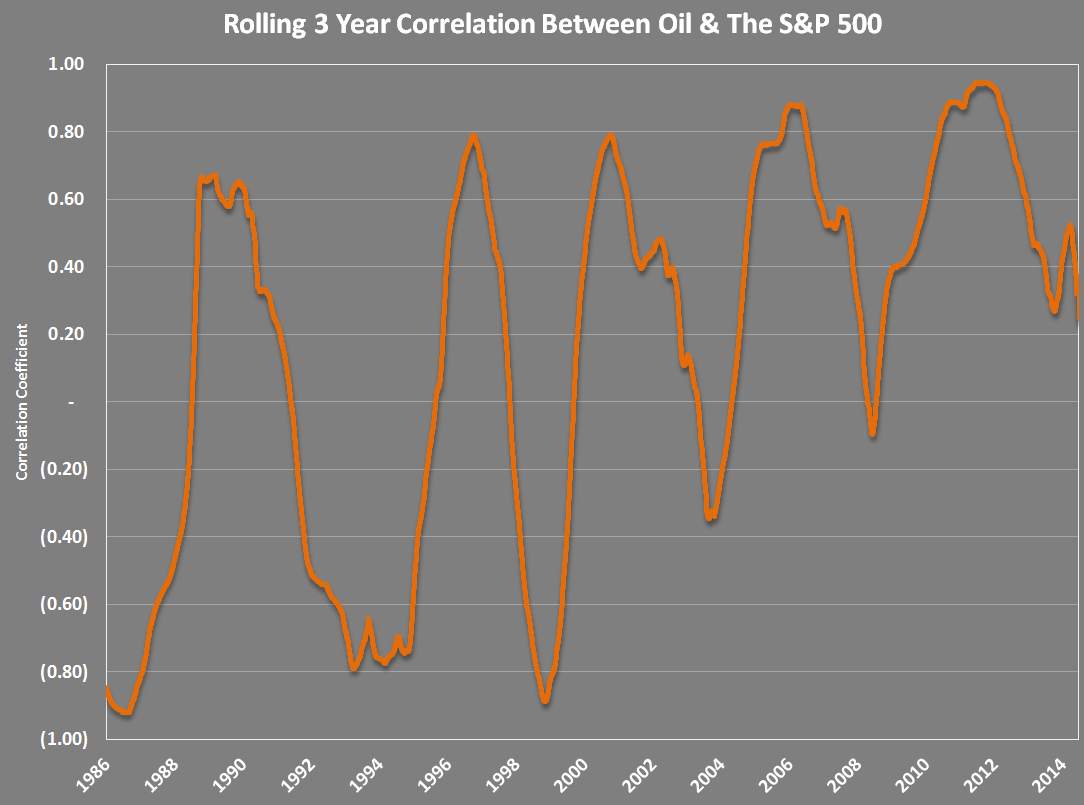 The overall correlation between the two over this 30+ year period is actually 0.70, a strong positive relationship. But as with most relationships in the world of finance, nothing is static. At times they move together in the same direction. Other times they’re going in opposite directions.

I’m sure there are certain patterns that can be mined from this data, but from a big picture perspective there doesn’t appear to be a consistent relationship between oil and stocks.

Further Reading:
There’s No Such Thing As Precision When Investing
Perma-Arguments