One of the strange parts of the human existence is the fact that being happy in many ways requires the offset of being sad.

The happy times wouldn’t feel as good if you didn’t know what it was like to feel sad and vice versa.

Some people are sad because they’re lonely. Others have a feeling of hopelessness. Some people are miserable with their place in life. Many people simply become depressed or unhappy based on what’s going on in their life at a given moment. Some are sad by disposition. Then there are experiences that can cause you to become sad like a tragedy, heartbreak or loss.

I experienced a different kind of sadness this past week. I was sad because of happy experiences in the past.

She has been slowly deteriorating for a few years now but I have to say this hit me like a ton of bricks.

I grew up with dogs my whole life so I know how this works.

But this one felt different. Maybe it’s because I’m getting older. She’s been with us for more than a third of my life. Plus my kids were devastated. As a parent, you want to shield your child from as much pain as possible. They’ve known Ella their entire lives so this was a difficult experience for them.

She wasn’t just a pet, she was part of the family.

And although the entire process led to a lot of tears, there was a silver lining to it all.

Because she has been such an important part of our family for so long, we’ve spent the last week or so reliving all of the happy moments we had with her. We’ve been telling stories and looking at pictures (so many pictures) and remembering the good times.

Looking back has been cathartic. It doesn’t take away the sadness but that sadness wouldn’t exist if it wasn’t for all of the fond memories we had with her.

This also drove home one of the most obvious takes in the world — dogs are just awesome.

These are some of the things I will remember most about her:

The way she talked us into letting her sleep in our bed every night. We told ourselves she was going to sleep in a crate when we first got her…which lasted all of one night after she whined like a baby. She just wanted to be by us, eventually settling into a routine where she would sleep under the covers.

The way she used to lay on the back of the couch so she could survey the entire room like a prison guard at Shawshank, not letting any movement in her vicinity go unnoticed.

The way she used to try to get into scraps with other dogs 10x the size of her as they looked on in amusement. She had very big ‘hold me back’ energy as a puppy.

The way she would look at me with a tinge of jealousy if I came home with the smell of a friend’s dog on me.

The way she was such a good hang just lounging on the couch while we watched TV.

The way she would bound through the powder when we took her snow-shoeing in Northern Michigan. She was only 7-8 lbs so the snow was taller than she was. We would just see her little head pop up every few feet when she jumped. I think I ended up carrying her most of the way.

The way she would freak out every time we would get close to our house after a long walk because she wanted to be let off the leash to sprint home as fast as her little legs would take her.

The way she used to lay at my feet underneath my desk while I toiled away studying for the CFA every night for 3 years.

The way she would keep me company for a late-night walk after everyone else in the house was asleep while I contemplated life.

The way she would get so pumped every year when it got cold enough to put her winter sweater on for the season.

The way she would lay in-between my legs on the ottoman of my favorite chair while reading a good book.

The way she fit into your arms when you picked her up. She loved to be carried around like the little queen she was.

The way she would stick her head out the window when we were driving. I swear she was smiling every time.

The way she watched over the house. In her prime, nothing got by Ella. The Amazon delivery guy told us he turned it into a little game, sneaking up as silently as possible to drop off our deliveries at the door. He told us he could never get one by her. She sensed him coming every time.

The way she would lay by my daughter’s crib after we brought her home from the hospital as an infant. And then slowly watching them grow to love each other.

The way she gave us a “what the hell?!” look when my son didn’t realize his own strength as a toddler and started carrying her around like one of his stuffed animals. And then watching them turn into buddies and snuggle with each other on the couch every morning once he showed a gentler side.

The way she would give kisses to my youngest daughter every time she wanted one, just because. Couldn’t resist.

The way she began sleeping in my 7-year-old’s bed in the last year.

The way she became a little neurotic and needy in her old age, following my wife around the house everywhere she went.

The way she would light up like a Christmas tree every time we walked through the door.

No matter what was going on in my life — good day, bad day, uninteresting day, happy, sad or indifferent — she was the first one to say hello, little tail wagging and overjoyed to see me. Every single time.

That might be what I’m going to miss the most.

Sometimes in life it takes being sad to remember all of the happy stuff that made you sad in the first place.

RIP Ella. You were one hell of a best friend. 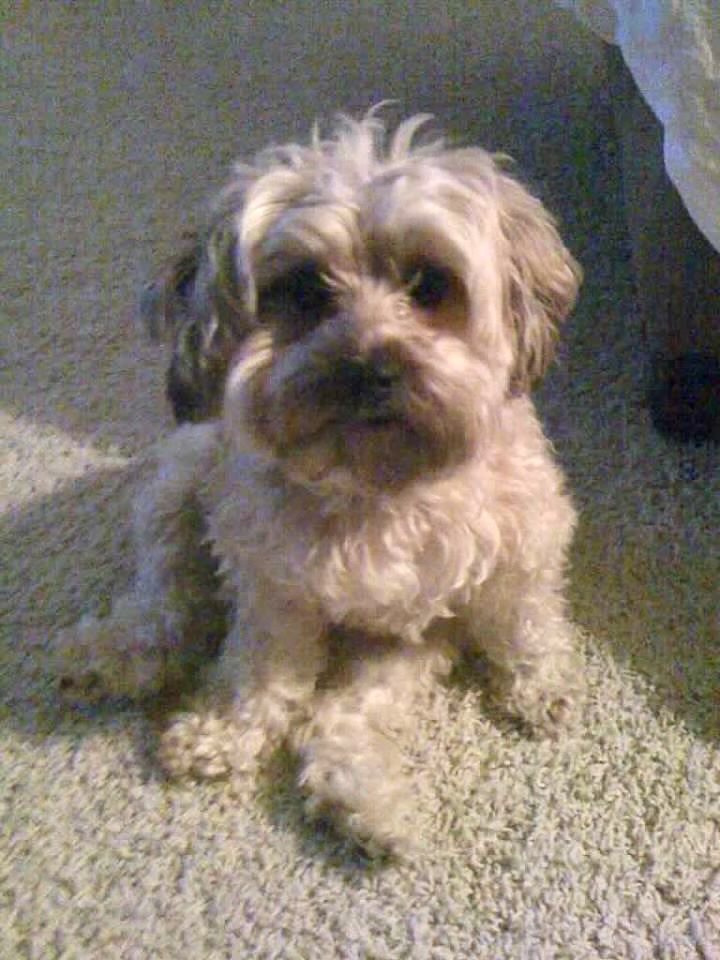 Michael and I spent some time on this week’s Animal Spirits talking about how awesome dogs are and much more: