“I wish there was a way to know you’re in the good old days before you’ve actually left them.” -Andy Bernard, The Office

*Spoiler alert* in the first few paragraphs if you’ve never seen Midnight in Paris before. 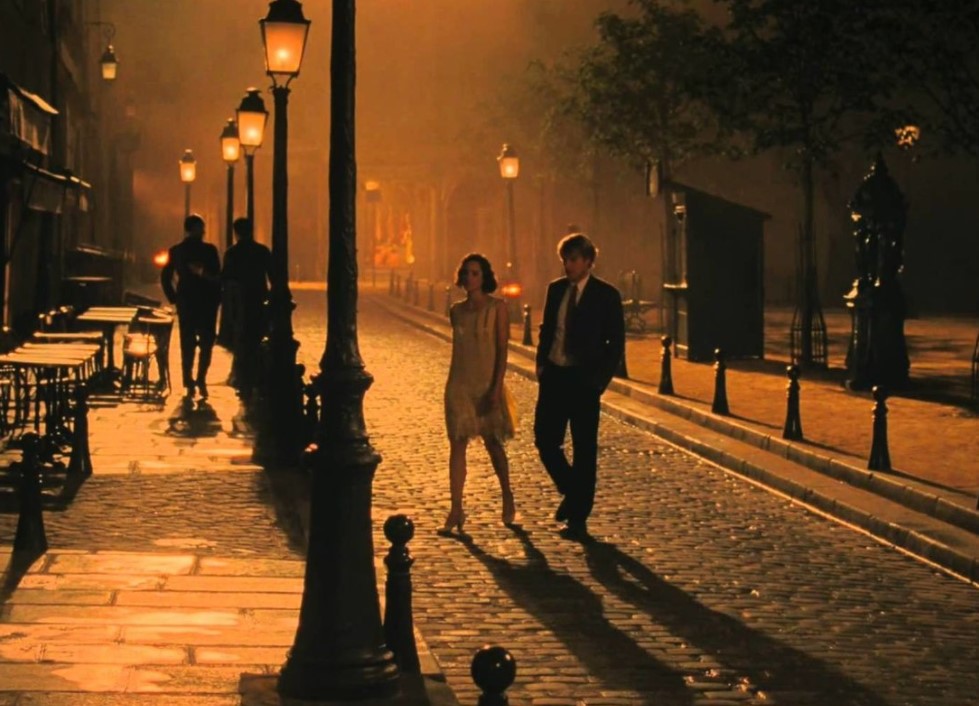 In Midnight in Paris, struggling novelist Gil Pender (played by Owen Wilson) feels like a fish out of water in modern times.

On a trip to Paris with his fiance and future in-laws, Pender romanticizes the idea of writing in the City of Lights during the freewheeling Roaring 20s.

If only he could go back to that time, all of his problems would be solved and he would be much happier.

Michael Sheen plays Paul, a know-it-all who tries to set Pender straight on his nostalgia for another time:

Nostalgia is denial – denial of the painful present… and the name for this fallacy is called golden age thinking – the erroneous notion that a different time period is better than the one one’s living in – it’s a flaw in the romantic imagination of those people who find it difficult to cope with the present.

Here’s the scene from the movie:

This scene provided some nice foreshadowing for the rest of the movie.

Through some movie magic, Pender ends up getting transported back to the 1920s on his midnight strolls through Paris, hanging out with the likes of Ernest Hemingway, F. Scott Fitzgerald, Gertrude Stein, Picasso, T.S. Eliot and Salvador Dali.

On these ventures back in time he falls for 1920s Adriana (played by Marion Cotillard) but she doesn’t see her own time as the golden age of Paris.

So when Gil and Adriana are transported back to the late-1800s Belle Epoque period she feels that must be the most wonderful time in history to live.

Of course, when Gil asks some people from that time what they thought the best era was, they answer the Renaissance.

It’s easy to look back at previous generations or maybe your own childhood and conclude things must have been better.

A survey of Americans, Brits and the French asked people whether life in their country is better or worse today than it was 50 years ago. Nearly one-third of the Brits, 41% of Americans and nearly half of French people said things are worse now.

Johan Norberg recently wrote an excellent article at the Wall Street Journal explaining why this happens:

Psychologists say that this kind of nostalgia is natural and sometimes even useful: Anchoring our identity in the past helps give us a sense of stability and predictability. For individuals, nostalgia is especially common when we experience rapid transitions like puberty, retirement or moving to a new country. Similarly, collective nostalgia—a longing for the good old days when life was simpler and people behaved better—can also be a source of communal strength in difficult times.

Another reason is that historical nostalgia is often colored by personal nostalgia. When were the good old days? Was it, by chance, the incredibly short period in human history when you happened to be young? A U.S. poll found that people born in the 1930s and 1940s thought the 1950s was America’s best decade, while those born in the 1960s and 1970s preferred the 1980s. In the 1980s, the popular TV show “Happy Days” was set in a nostalgic version of the 1950s; today, the popular series “Stranger Things” fondly conjures the fashion and music of the 1980s.

For the majority of households in America, the period from 1900-1950 may have ushered in many of the biggest technological changes for any generation in history.

Frederick Lewis Allen wrote the definitive book on how America transformed in the first half of the 20th century with The Big Change: America Transforms Itself, 1900-1950. He describes the plight of the upper-middle class in 1950 and how they longed for the days of 1900:

Because wages in the building trades—and the costs of building materials—were much lower than today, they could live in much larger quarters. Because servants’ wages were much lower and candidates for servants’ jobs were in abundance, they could staff these larger quarters amply. Furthermore they were spared many of the expenses which most of their descendants take as a matter of course: the cost of an automobile (much greater than that of a horse and carriage); the cost of such extra gadgets as electric refrigerators, washing machines, radios, television sets, or what not; the cost of a college education for children of both sexes; and very likely the cost of an extra home for week-end or summer use. (As we have seen, fewer reasonably well-to-do Americans had “summer places” then than now.) So the man whose salary now would command a rather cramped apartment might then have occupied a house which today would seem grandly large.

Elderly people who look back today upon childhoods lived under any of the circumstances which I have just been describing sometimes regard them with nostalgia. Life seems to have been much simpler in its demands then, and certain of the amenities seem to have been much more accessible. It was easier then than now, these people feel, to maintain a sense of the identity of the family. People who live in ample houses are better able to take care of old or invalid or ineffective relatives than families with less space at their command. Indeed it is quite possible that part of the social security problem of our time—the widely expressed need for pensions, medical insurance, unemployment insurance, etc.—arises out of the fact that many families no longer can shelter those whom they used to consider their dependents—grandma, who used to have a third-floor room, or eccentric Cousin Tom, who was tucked away in the ell. Even when one makes every allowance for the many good things of today which the prosperous of 1900 (and those who approximated their way of life) had to go without, one must admit that there is a basis for the nostalgia.

I’m sure no one felt sorry for the well-to-do people of the 1950s who were no longer able to pay such low wages for their servants but you can see how pervasive nostalgia can be even for those who have seen their lives improved by leaps and bounds.

When I was a freshman in college, the seniors would always regale us with stories about how much better the party scene was when they first arrived on campus. I scoffed at these stories until my friends and I said the same thing when we were seniors.

Over time people tend to remember the positives more than the negatives.

Norberg cited the research of schoolchildren returning from summer vacation. When they were asked to list both the good and the bad from their summers, the lists were basically the exact same length. When the same exercise was repeated a few months later, the good side of the ledger tended to get longer while the bad side got shorter. By the end of the year only the good stuff remained in their memories.

There is nothing wrong with feelings of nostalgia. In some ways, building a portfolio of nostalgic feelings in your memory bank is what life is all about.

But the good old days are probably not as grand as you think.

Newspaper columnist Franklin Pierce Adams, who himself was writing during the roaring 20s, once remarked, “Nothing is more responsible for the good old days than a bad memory.”