This chart shows one of the most interesting economic outcomes of the pandemic: 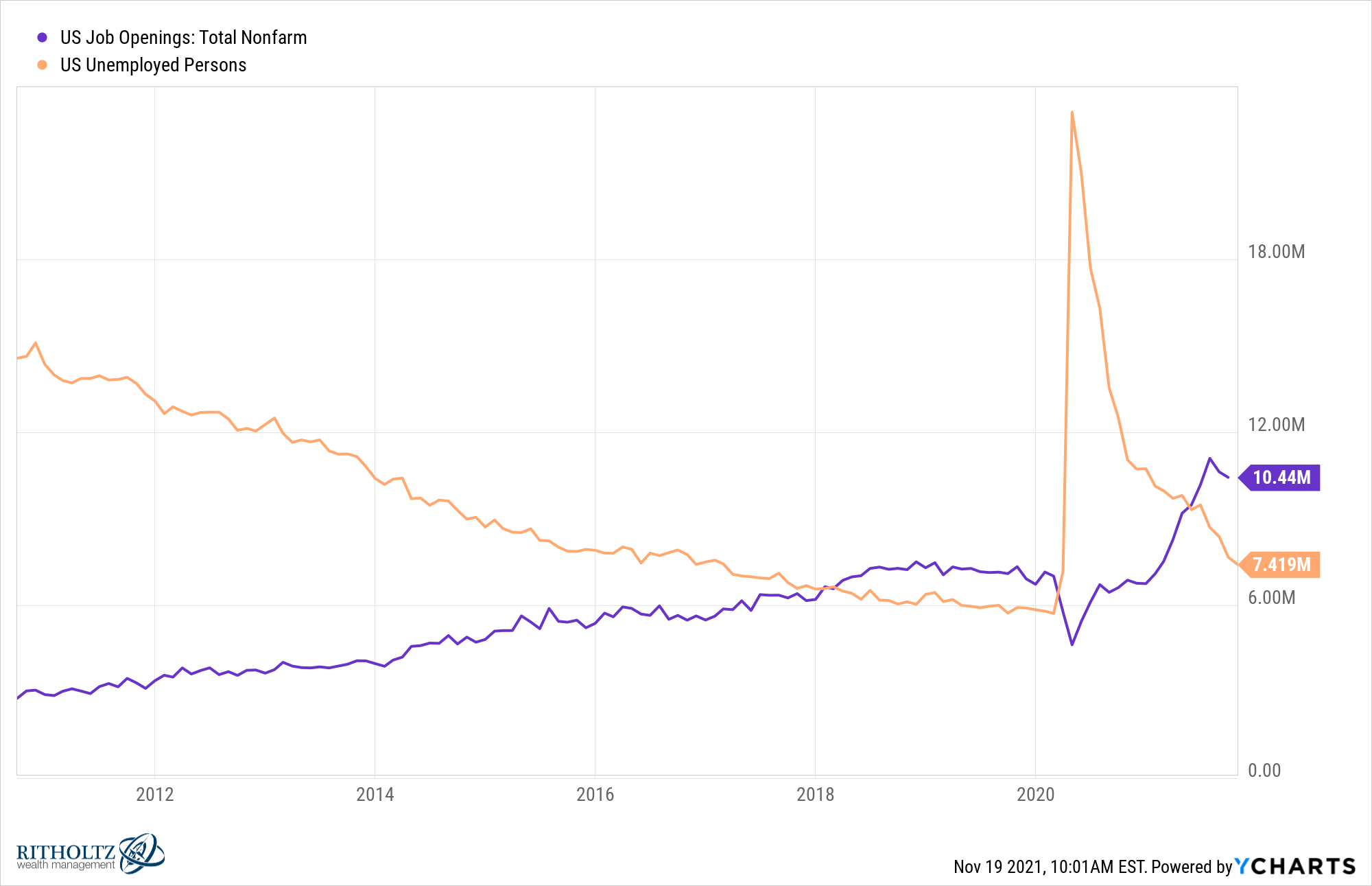 There are way more job openings right now than people looking for a job.

We went from around 6.7 million job openings pre-pandemic to more than 10.4 million today. And back then there were 5.8 million people unemployed versus nearly 7.5 million today.

There are a number of reasons for the current labor shortage.

The demand shock from all of the money sloshing around right now means employers are more in need of workers than ever.

There are also people who retired early because of the pandemic. Close to one million people have died from Covid. Childcare has become an issue for many families. And many people weren’t thrilled about the prospect of going to work during a pandemic.

Michael Cembalest at JP Morgan tried to quantity these impacts using some survey data and estimates from the BLS:

While this isn’t great news for businesses that are trying to hire, there are some positives here. More people are starting their own businesses than ever before. Workers have the upper hand for the first time in decades. And household finances are in better shape than ever, even coming out of a recession.

Eyeballing the chart on the left, it looks like there are more than 4 million people out of work who either retired early or earned more money from increased unemployment benefits that they had a nice financial cushion.

This was a trade-off worth making to stave off a depression but it’s obviously a real problem for many businesses who are now having to raise wages to compete.

I think this is a problem that will work itself out naturally.

Take a look at the personal savings rate in the United States: 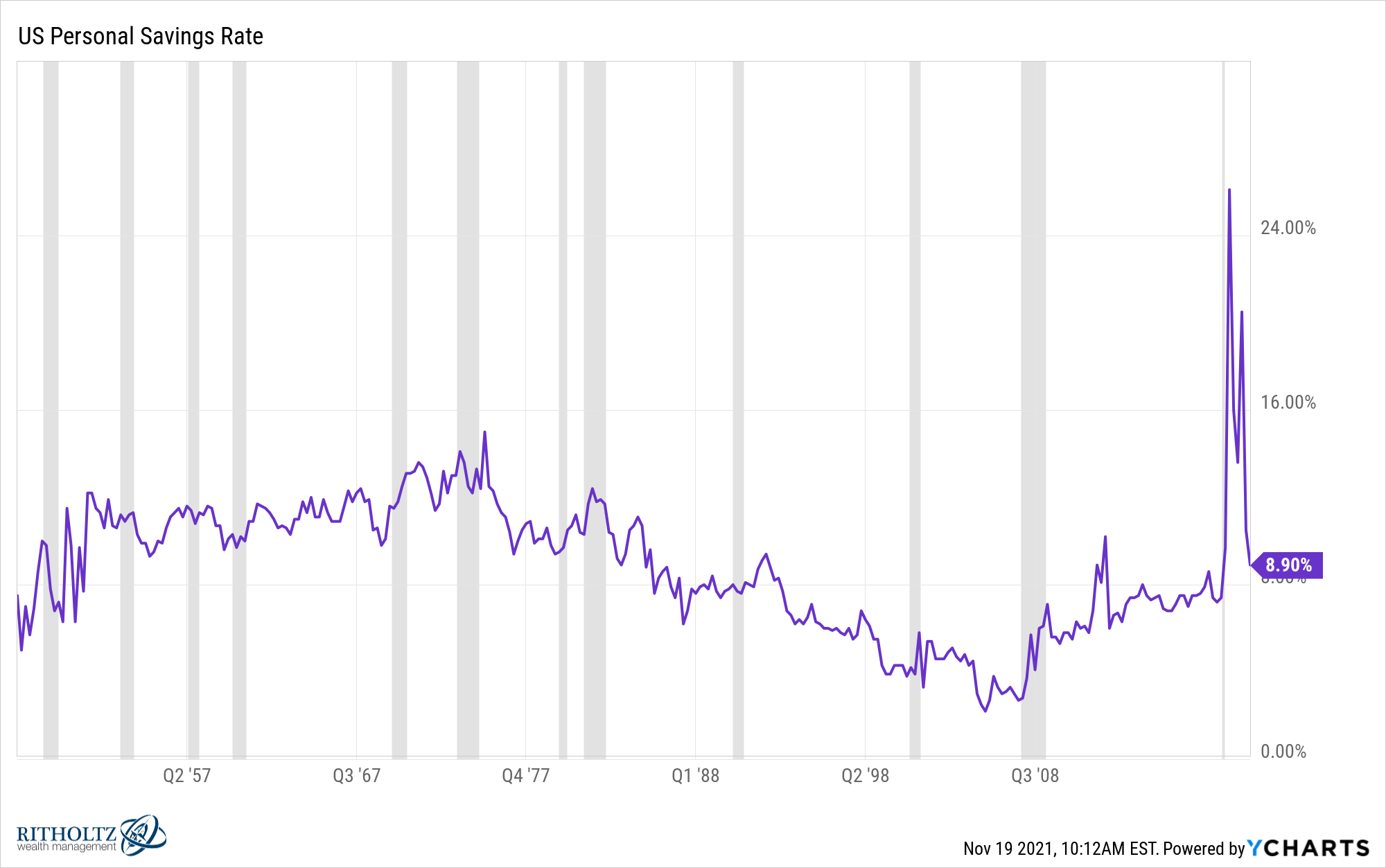 Past recessions are shaded in gray on this graph. You can see there is typically an uptick in savings rates during or following an economic contraction. This makes sense as households realize they need to shore up their finances to make it through a rough patch.

But the increase we saw following the pandemic took this it another level, spiking to more than 26%. This data goes back to the late-1940s and the highest it ever got to pre-pandemic was 15% in 1975 following a nasty recession in 1973-74.

However, that huge spike fell back to earth, going from 26% to less than 9% in a hurry.

There is not a perfect relationship here but you can see both the personal savings rate and unemployment both fell off a cliff at the same time: 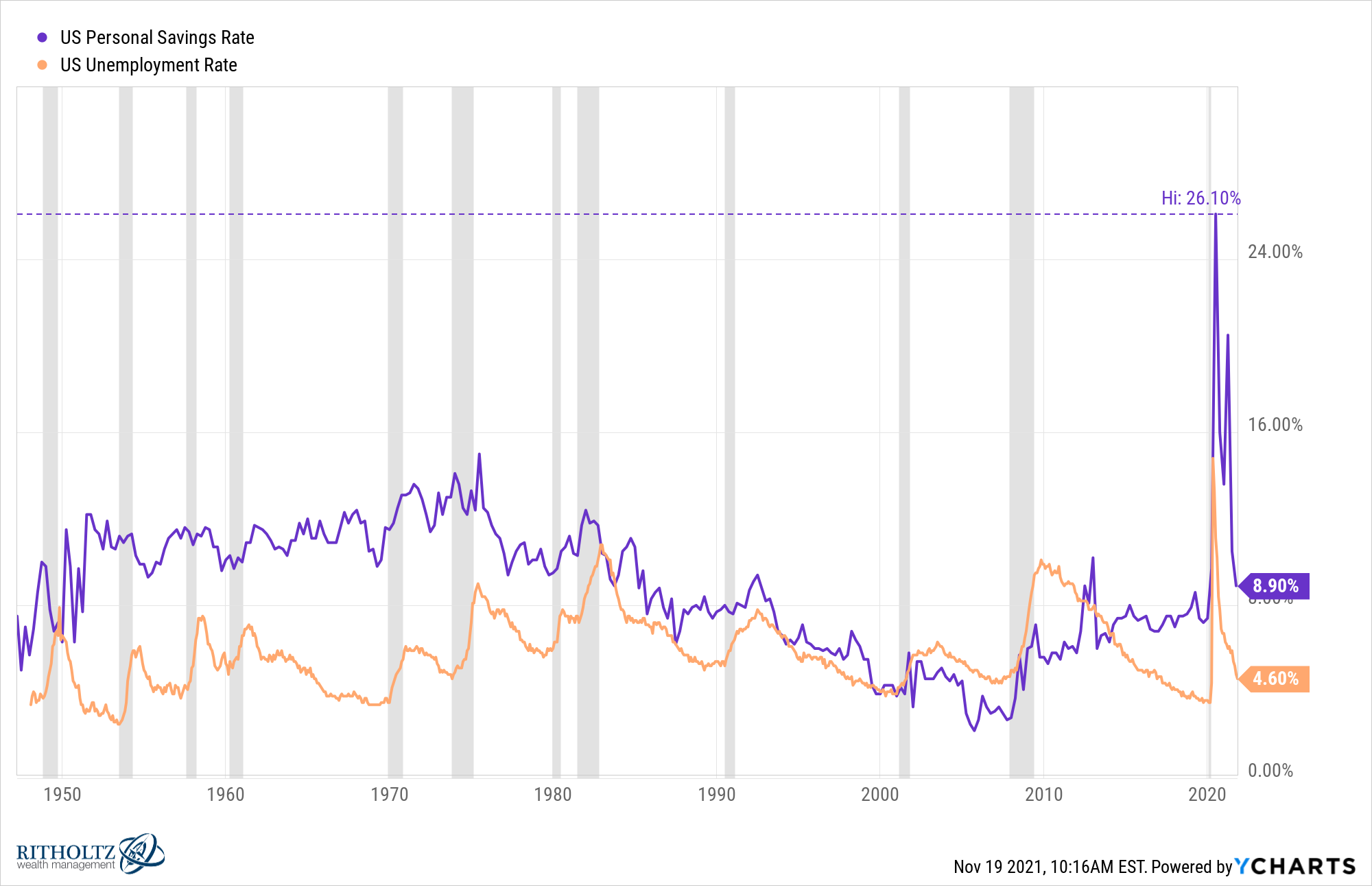 This makes sense when you consider the height of the unemployment rate coincided with more people getting higher unemployment insurance.

But the fact that the personal savings rate is falling so precipitously would seem to bode well for the employment picture.

When people deplete their savings, they need to go back to work.

You can see the U.S. labor force has fallen from around 164.5 million people to 161.5 million workers since the start of the pandemic: 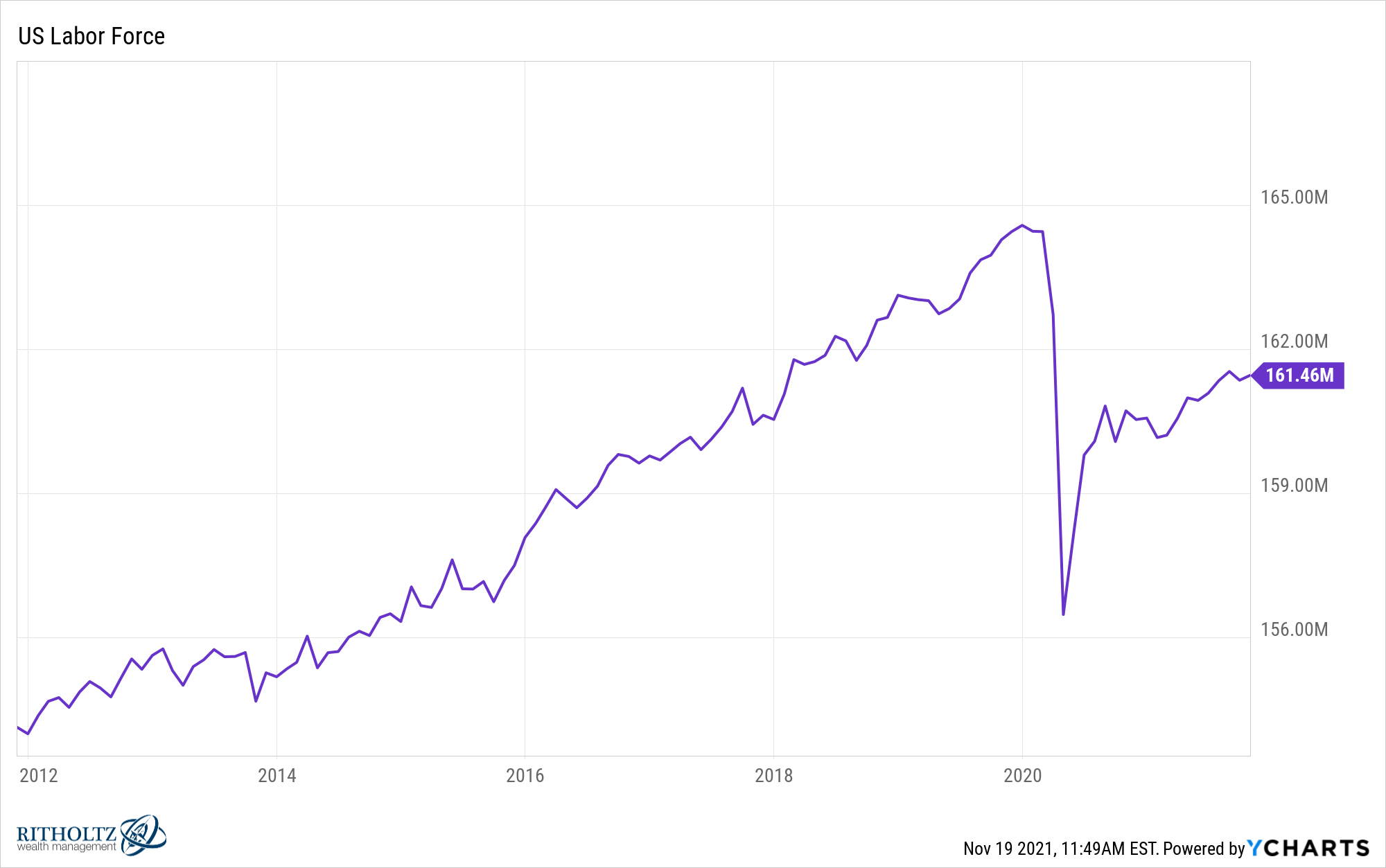 It’s possible those 3 million workers are out of the labor force forever. You can see a huge spike in the number of people retiring during this crisis: 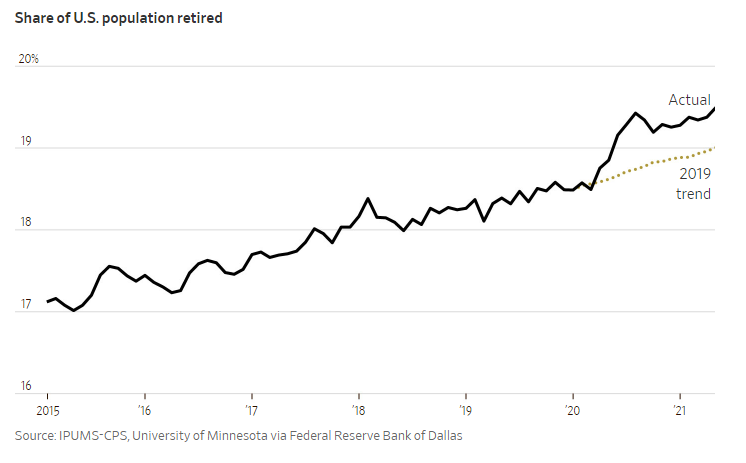 I don’t know the personal finances of the 3 million or so people we lost from the labor force but I can make an educated guess that many of them will blow through their savings much faster than anticipated.

When people’s financial picture worsens their best option is to go back to work to earn some income. The further we get away from the government checks, the more people will be forced to come back to work.

I think this is a good sign for the labor market.

Michael and I discusses this idea and much more on this week’s Animal Spirits video:

And if you want a deeper dive into our thoughts on the economy, check out our appearance on Derek Thompson’s new podcast Plain English at the Ringer. We talk inflation, supply chains, demand shocks, labor shortages and everything else that’s interesting about the economy right now.