Here’s a look at corporate profits and proprietors’ income (which is basically small business income) going back to the late-1940s via Ed Yardeni: 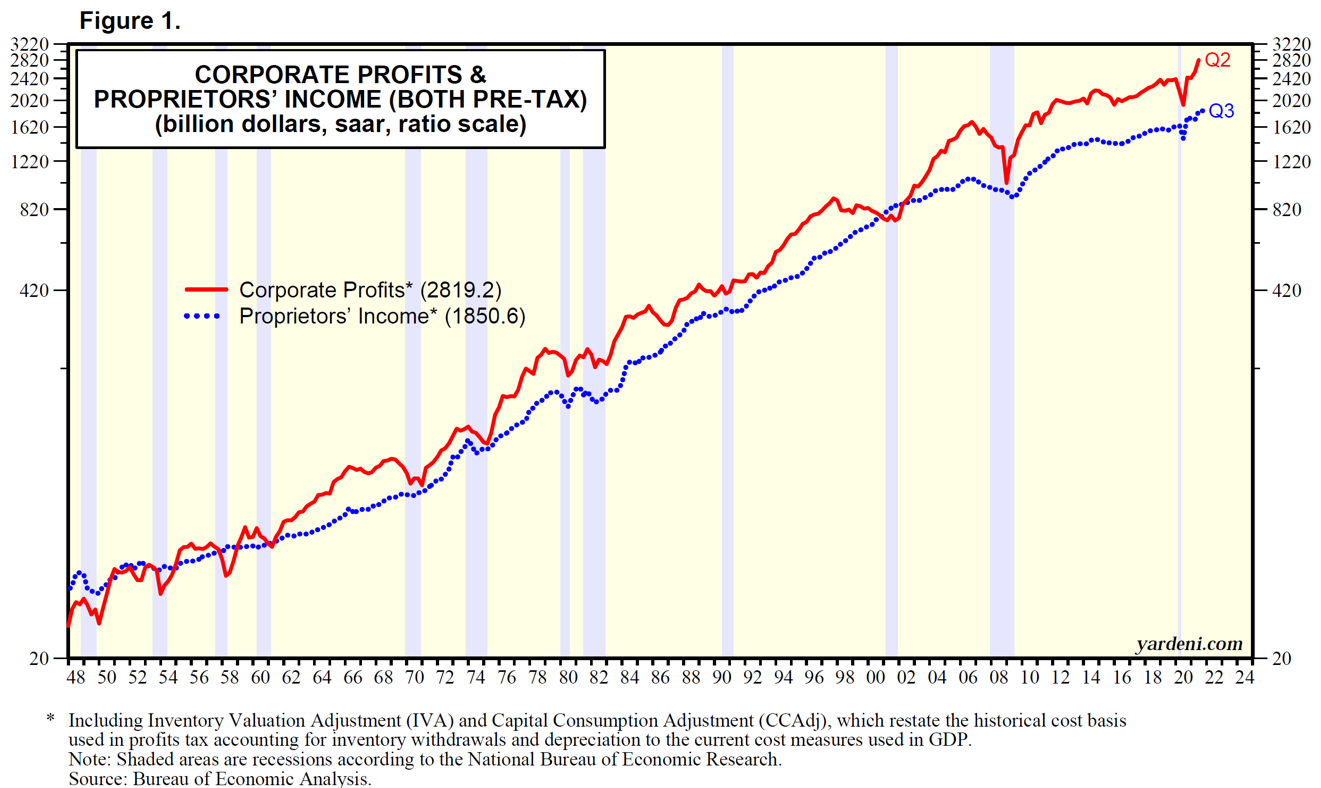 It doesn’t take a genius to notice the positive trend in these numbers over time.

This is a lovely illustration of long-term progress.

What’s striking to me about this upward trajectory is how relatively consistent it has been over time. This time frame includes periods of:

Politicians try to make us feel like they’re the only ones who can make things better. Each political party assumes they have a monopoly over useful policy prescriptions for the economy.

We need free markets again. No, what we really need is more government coordination.

The Fed needs to do more. No, the Fed is the problem here.

The only way we can have higher economic and stock market growth is by enacting the policies from my political party.

What if it doesn’t really matter all that much when it comes to long-term progress?

Yes, there are policies that have an impact on certain households or businesses. But what if these policies mostly don’t matter as much as we would all like to believe on aggregate?

Everyone would like to believe their party or politician or policy ideas can change everything. But maybe the system itself is much bigger than any one person, party or policy?

Now, I do believe politicians can have an impact on the mood of the country or their specific party. However, that mood tends to be influenced by partisan lines, not actual economic outcomes:

I’m not trying to say our current system doesn’t have problems. If anything, the pandemic has shown we have the capacity to spend more money to help those in need.

But the U.S. economy is so dynamic that we’re able to adapt to almost any scenario. Most people get out of bed in the morning wanting to improve their position in life. They want to learn more, make more money, get a better job, take care of their family or find fulfillment.

The politicians present themselves as saviors but it’s actually amazing how well our country has done despite the politicians.

Josh and I spoke with Ed Yardeni about his long-term profit chart and much more this week at The Compound:

Further Reading:
How the U.S. Consumer Became the Most Resilient Force in the U.S. Economy