I wonder what advice advisors would give if our stock market had just begun trading in 2010?

I love this question because it encapsulates what makes the markets so hard.

There are generally two ways of looking at extended market cycles:

(1) We are in the midst of a paradigm shift. It is different this time. Markets have fundamentally changed. The top performers are going to continue outperforming.

(2) Everything is cyclical so it’s time to be a contrarian. It’s not different this time. We’ve seen this movie before. Nothing works forever and always.

What makes investing exceedingly difficult when trying to handicap the future is there is always some truth to both lines of thinking.

It is both always and never different this time.

It’s never different because human nature is timeless. To quote Jesse Livermore, “Speculation is as old as the hills. Whatever happens in the stock market today has happened before and will happen again.”

I don’t know everything that’s changed forever because of this cycle but here is how investors would view the markets if we had 2010 as a starting point:

The U.S. stock market has crushed the rest of the world since 2010: 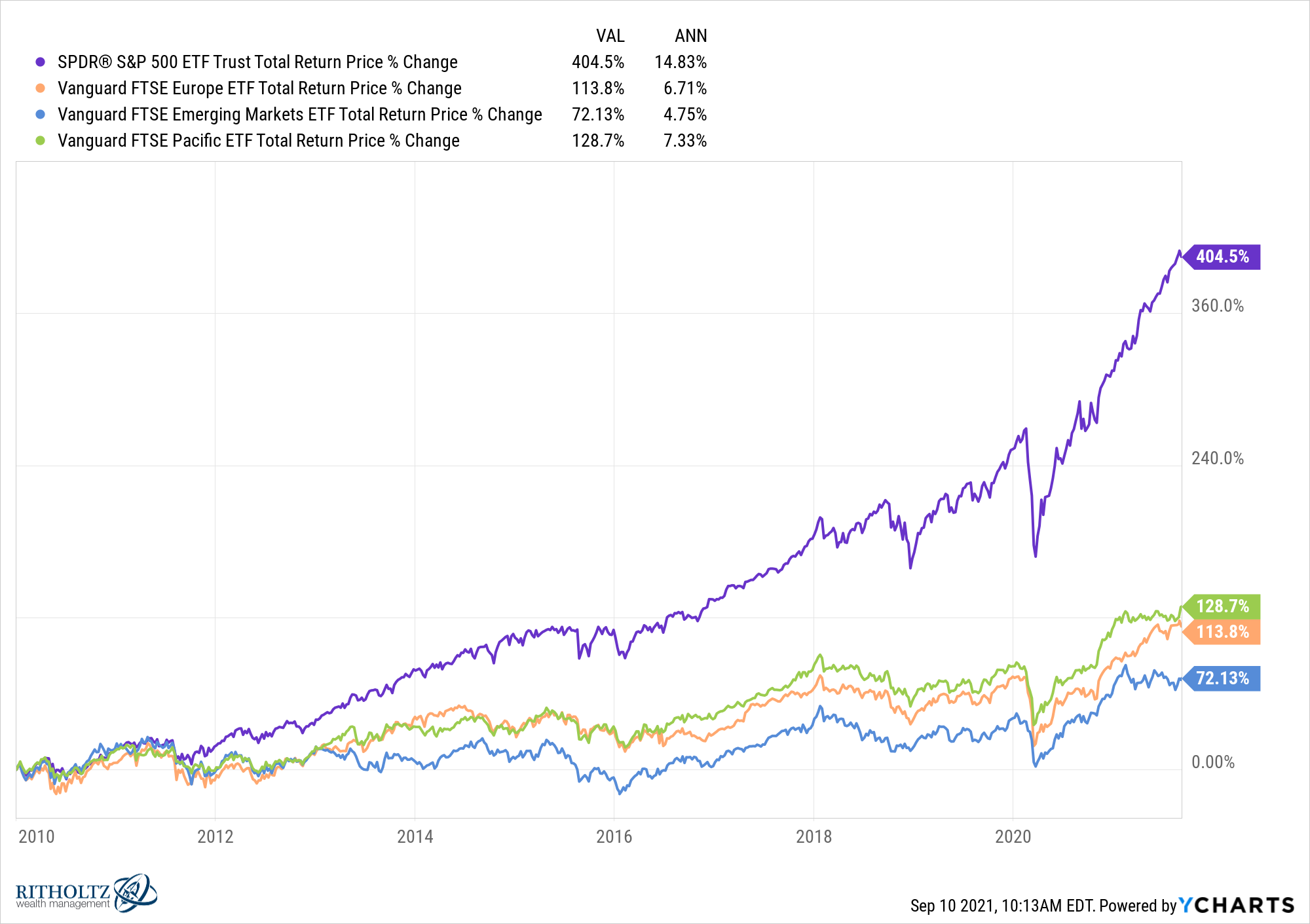 A home country bias makes sense in this environment. What’s the point of diversification?

There have been plenty of sell-offs since 2010 but they have all been short-lived. Just look at all of those lovely Vs that were fantastic buying opportunities yet over in the blink of an eye: 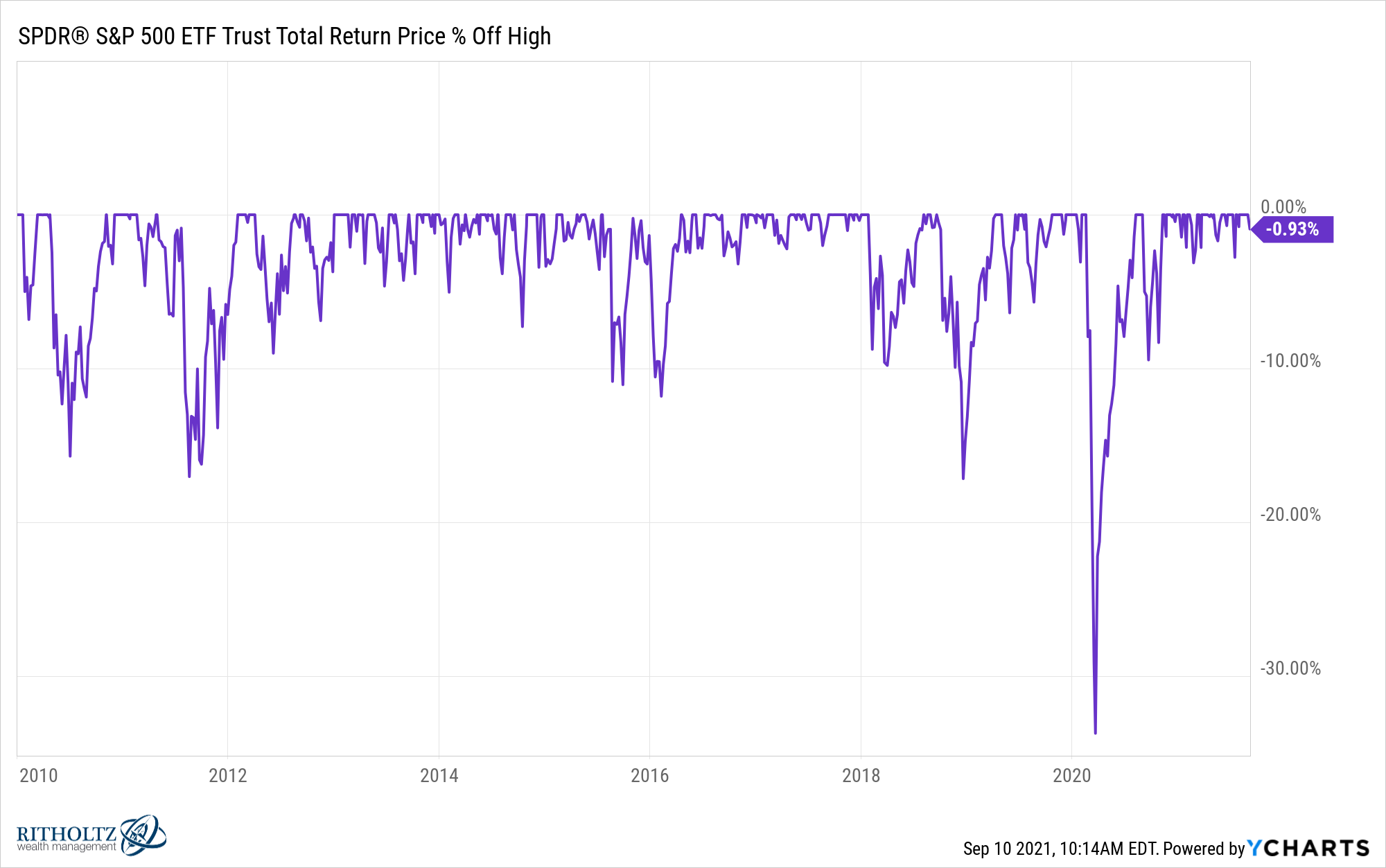 Buy the dip has worked every time since 2010. I guess lengthy bear markets aren’t a thing.

You should only invest in tech stocks

The Nasdaq 100 Index is up well over 800% since 2010. Many of the biggest brand name tech stocks in the index are up even more: 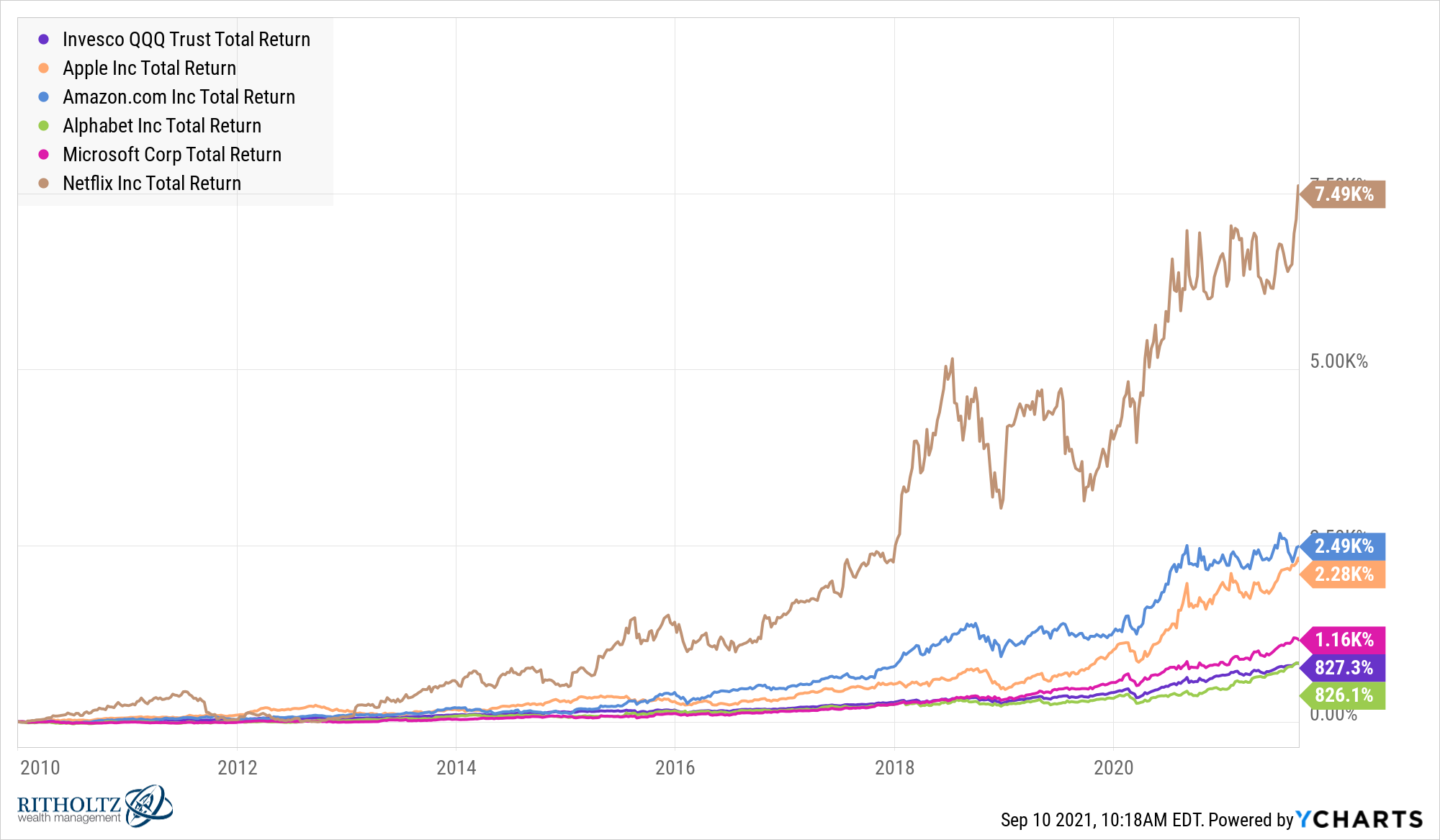 These are all companies we know, love and use on a regular basis. Why would you buy anything else?

Energy is by far the worst-performing sector since 2010: 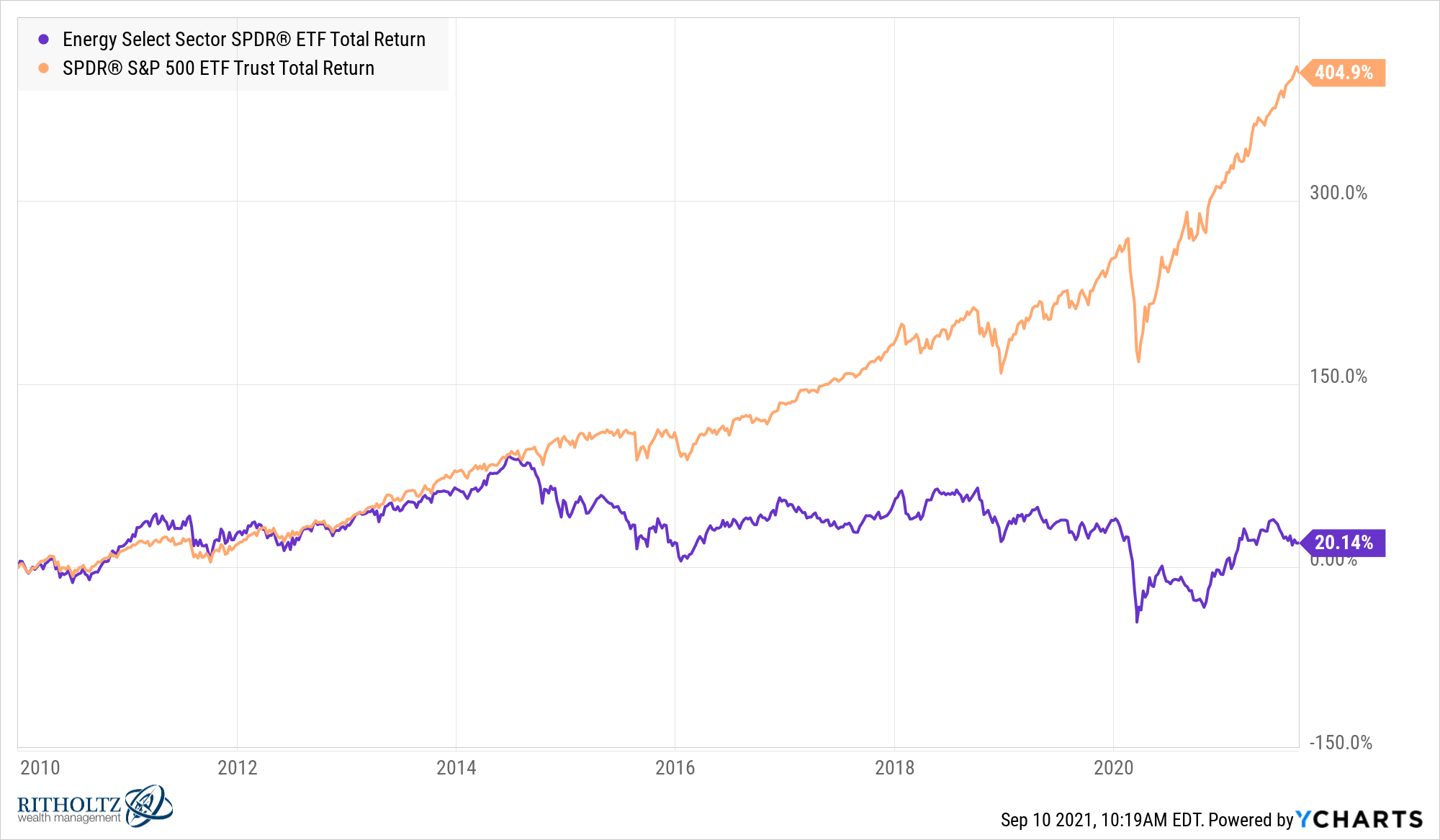 These stocks are obviously dead money.

High returns in U.S. stocks are a given 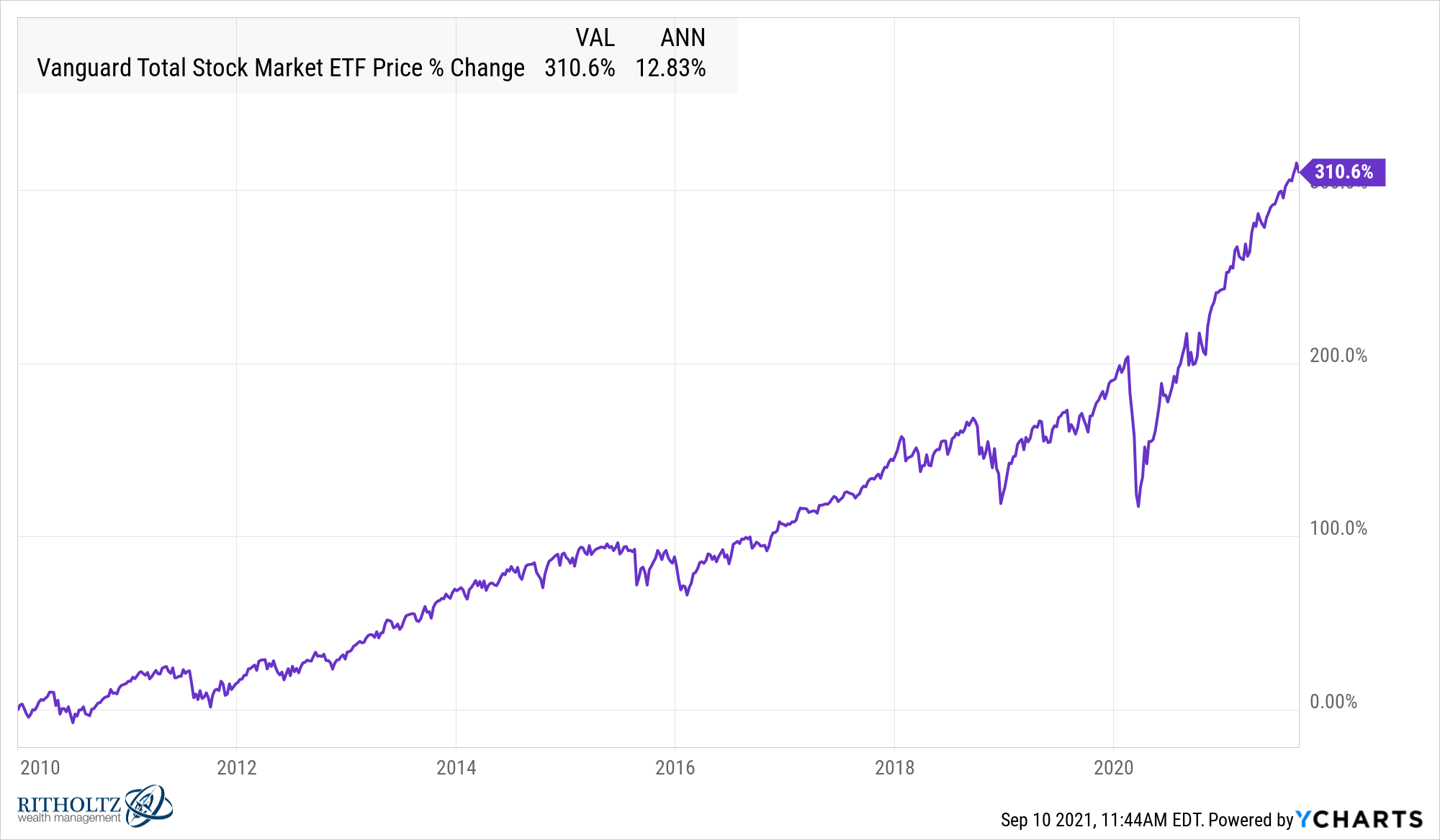 Why should we ever expect a low return world when stocks seemingly only go up?

Interest rates only go down

Falling rates have certainly been a tailwind for the stock market. Why would they ever rise if the Fed always has their tentacles in the markets and the long-term trend is down?

If you based your entire stock market history only on what’s transpired since 2010 you wouldn’t know that:

The stock market is prone to lost decades on occasion. The most recent time this happened was actually the decade preceding the 2010s. From 2000-2009, the S&P 500 was down 9% in total.

Foreign stock markets do outperform in certain cycles. U.S. stocks are the clear winner since 2010 but this isn’t always the case: 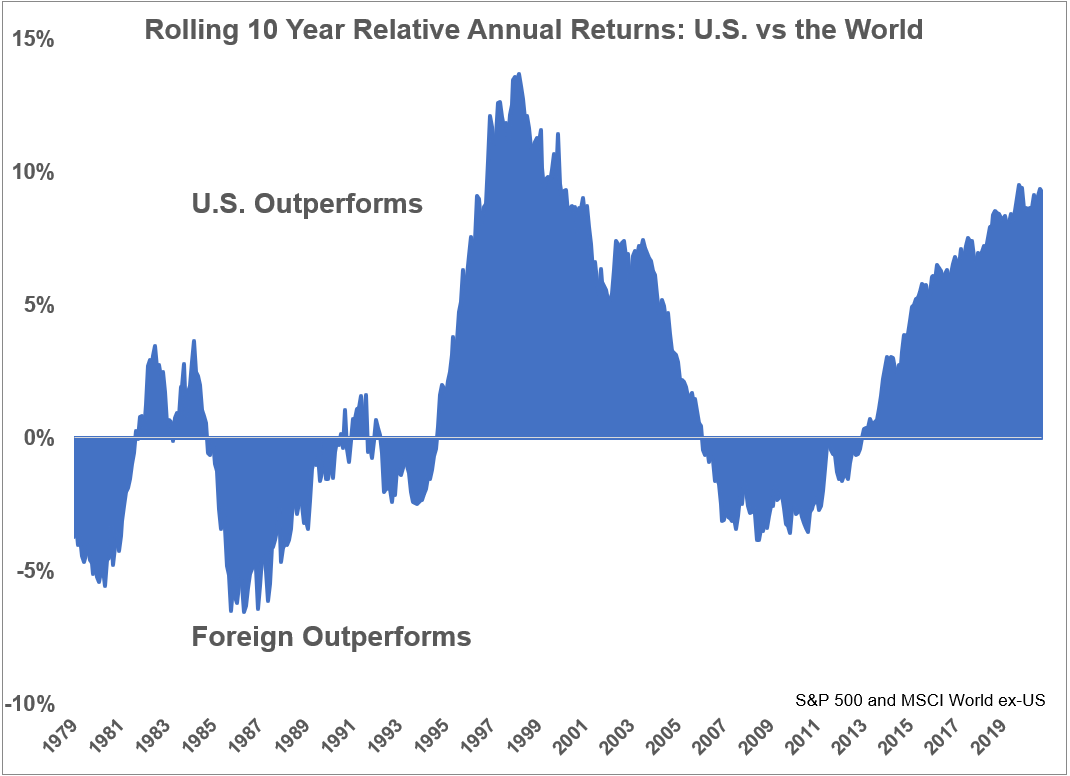 Foreign stocks can and will outperform at times. 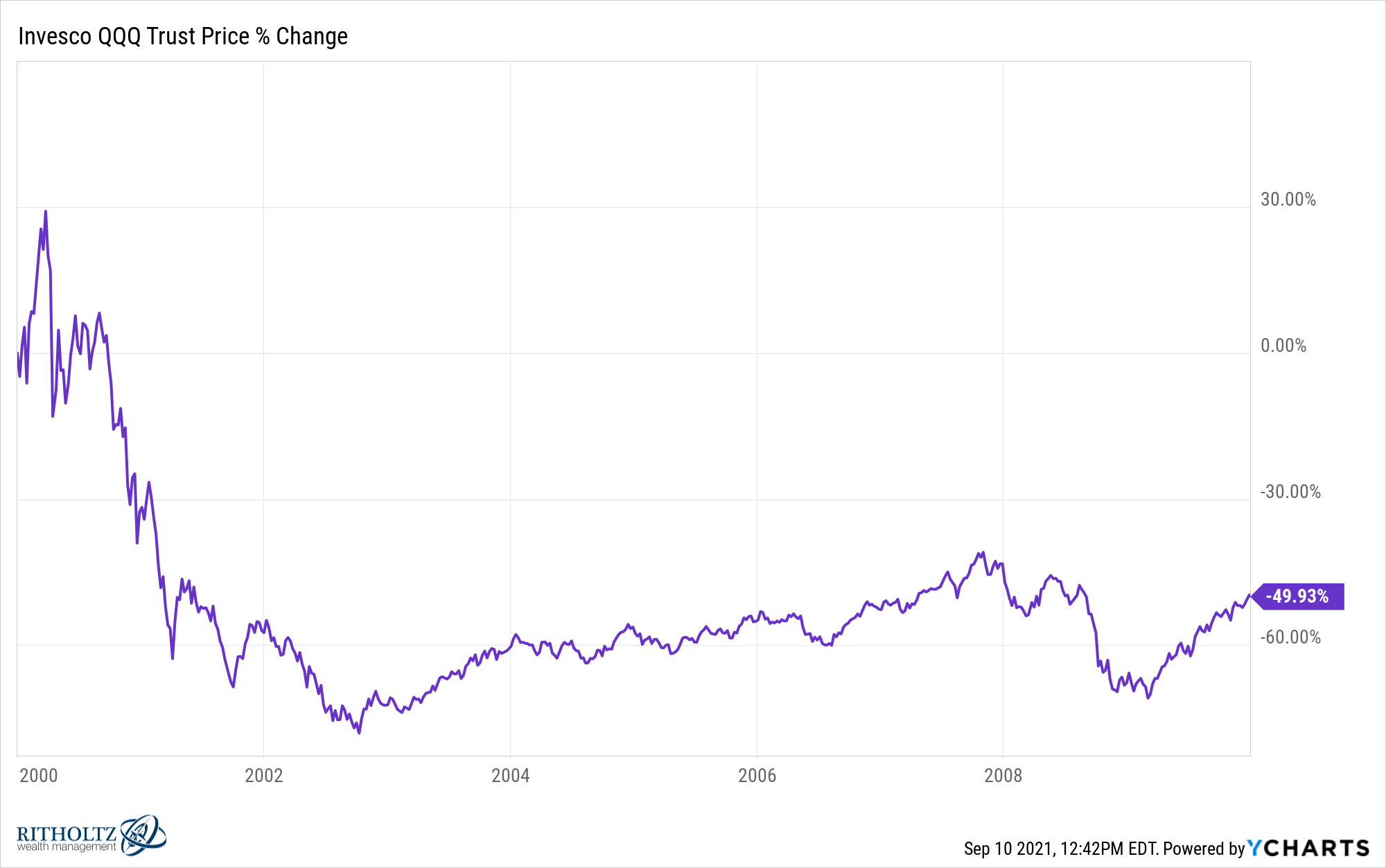 That’s not only a lost decade but one in which you got cut in half for your troubles.

This included a drawdown of more than 80% from the highs. 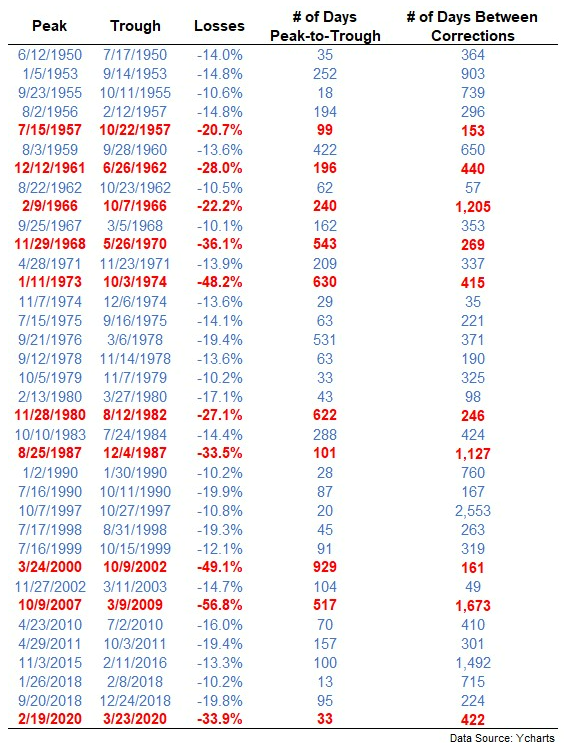 It is possible markets are speeding up and lengthy bear markets are a thing of the past but I wouldn’t bet my life on it.

Michael and I opened up this week’s Animal Spirits video discussing this question and much more: