Here’s a look at a breakdown of U.S. household debt by various components: 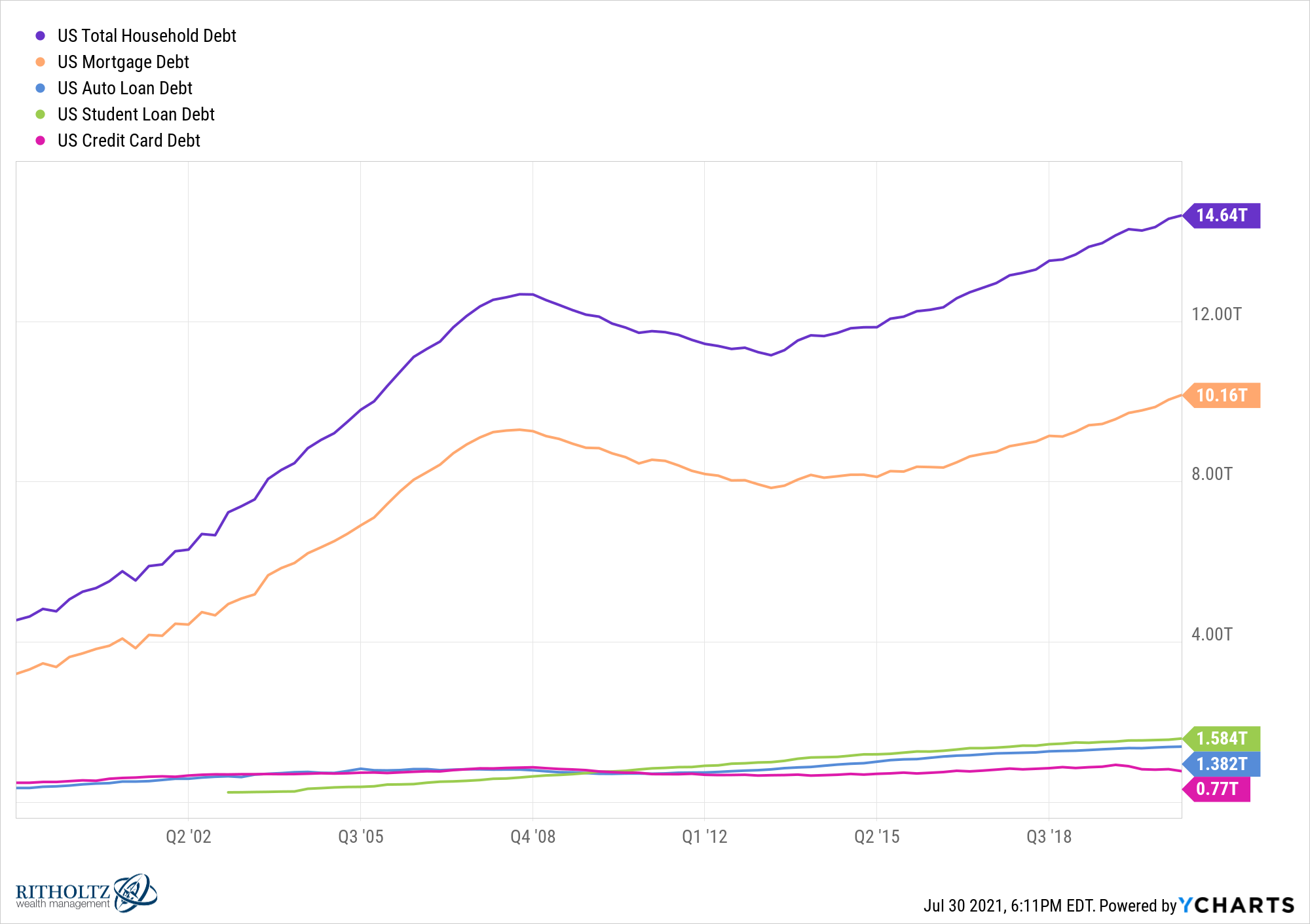 There is plenty of ink spilled in personal finance land on student loans and credit cards but you can see mortgage debt is by far the biggest component of household debt for Americans at more than $10.1 trillion.

I’m not trying to downplay the burden of student loans on some borrowers or the detrimental effects of credit card debt but mortgages make up the bulk of liabilities for the majority of households: 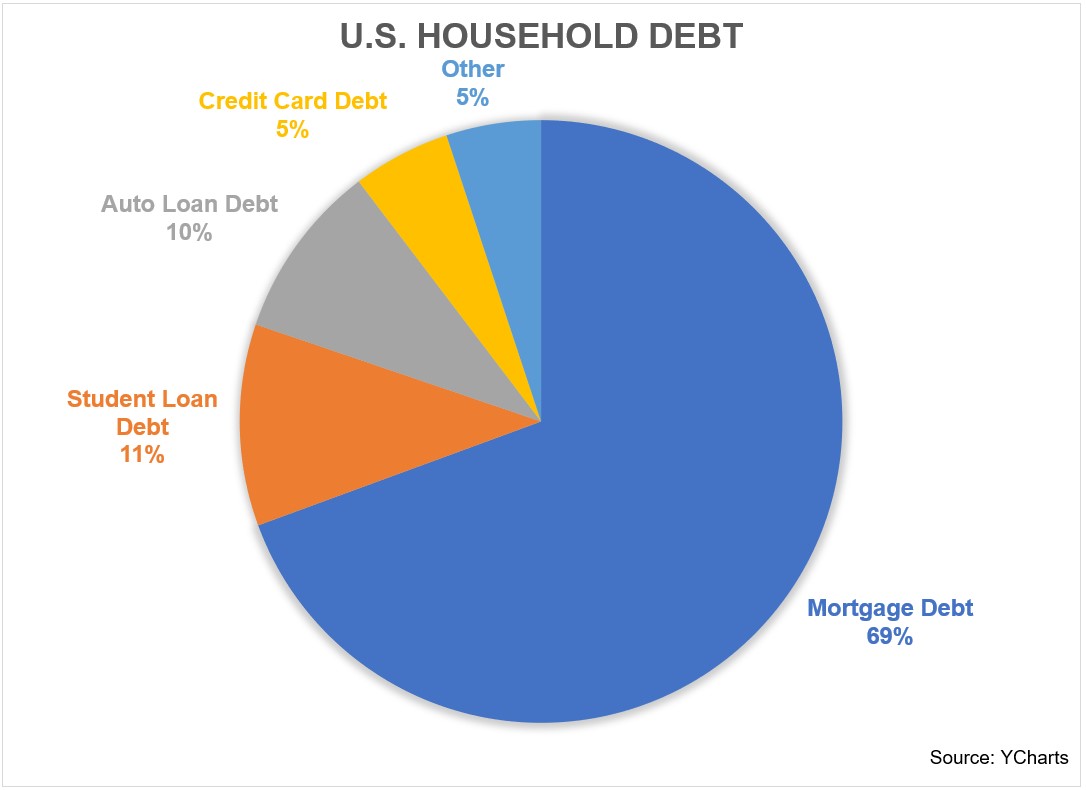 This makes sense when you consider the homeownership rate in the United States is around two-thirds of all households. Thus, a monthly mortgage payment is by far the highest line item in the budget for most Americans.

Putting this all together, I don’t think we’re making a big enough deal about the positive impact lower mortgage rates are going to have on household finances for years to come. 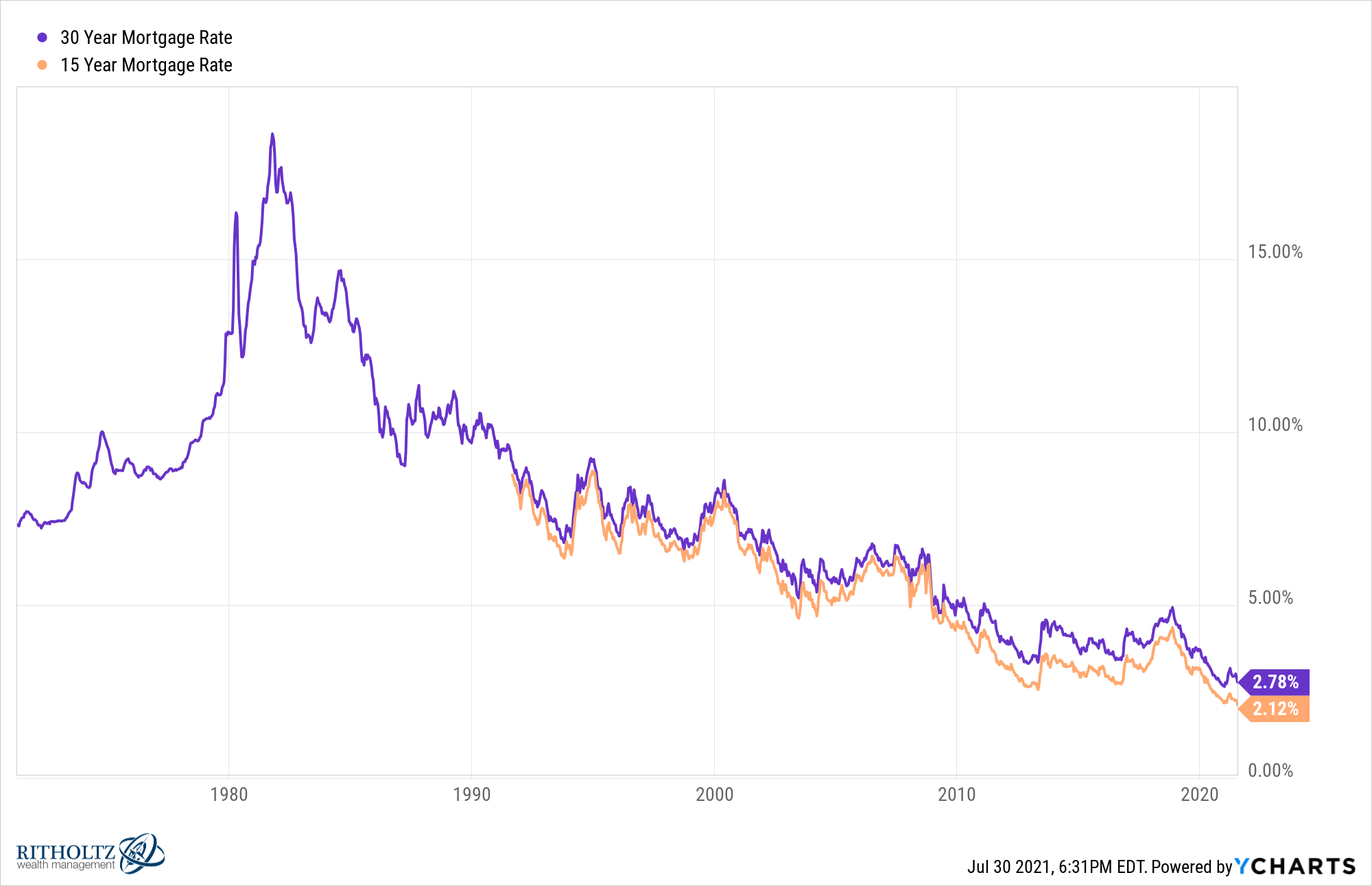 Just look at the monthly savings homeowners could be seeing by dropping rates from 4% or 5% to 3% at various mortgage levels: 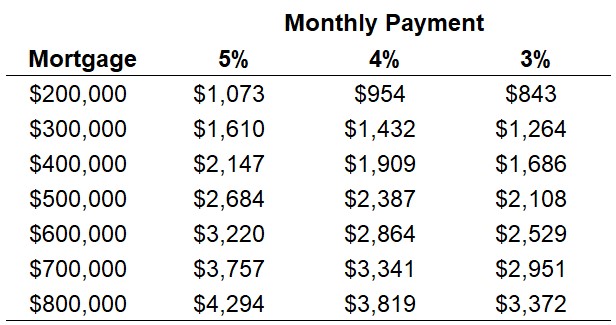 And the best part about these savings is they are not just a one-time thing. It happens on a monthly basis. It’s like compounded savings.

Lower mortgage rates have freed upwards of tens of thousands of dollars for many American households.

Now you could play devil’s advocate here and claim higher housing prices are going to eat up some of these savings but it’s not like people buy new houses every year. Most people live in their homes for a number of years. They’re not only sitting on equity in their homes but have likely refinanced at some point to lower interest rates than they started with.

I could take these savings, slap a rate of return on them and really blow your mind but I’ll let your imagination do the work for you on that one.

Of course, not everyone will take those savings and put them into a retirement or brokerage account but some people will certainly have a greater ability to save more for their future.

Others can use those savings to shore up their finances in other ways, whether that’s paying off other debts or finding more breathing room in the monthly budget.

Millions of Americans have locked in ridiculously low borrowing costs on their home in the last few years. And if you haven’t done so yet, rates are below 3% yet again on 30 year fixed rate mortgages (on average and credit score dependent, etc.).

I don’t think enough people have thought through the positive ramifications of this development. This could help improve household budgets for years to come.

I was back in New York City for the first time in a long time this past week and discussed this idea with Josh and Michael on The Compound and Friends.

Give it a listen: