The National Bureau of Economic Research (NBER) announced this month the recession officially ended in April 2020. 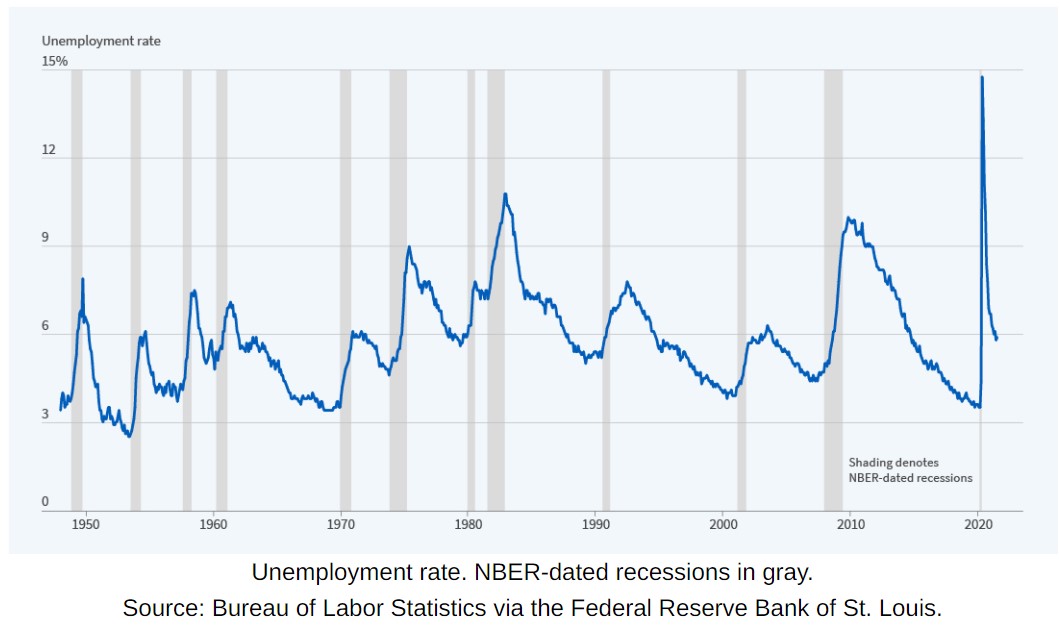 Anyone paying attention has known this for some time now but NBER has their process for calculating these things and it takes some time.

At two months long, this was the shortest recession in U.S. history.

NBER has data on the length of recessions going back to the 1850s: 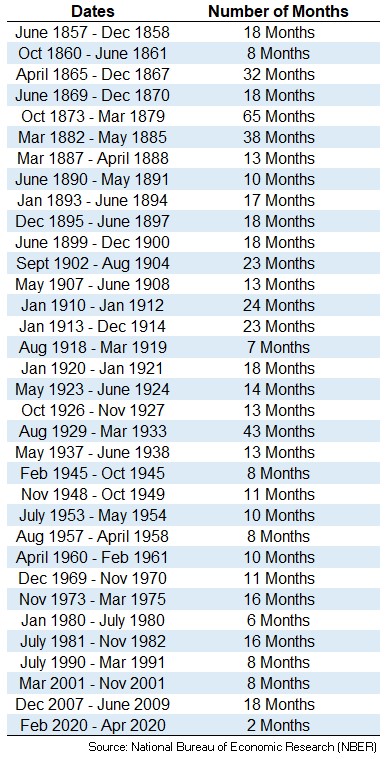 Going back to the 1850s, the average length of a recession has been 17 months. Since World War II, that number drops to a little more than 10 months.

Here are some potential implications from the shortest recession ever:

Recessions will be shorter in the future. This situation was unique in the fact that everyone knew the exact date we were going to go into a recession. I even wrote about it at the time.

Recessions in the future won’t be this obvious so we likely won’t see the government step in quite as fast in the future.

But when future recessions do become apparent it’s hard to see how the government can sit on its hands when everyone now knows what they can do.

What politician in their right mind would allow a recession to continue if you have the ability to put an end to it?

The government cannot run out of ammo. The government’s budget is nothing like a household budget. It’s not like they take out a 30 year mortgage and pay it off over time.

Not only does the government have the ability to tax its citizens but they literally cannot run out of money.

With the push of a button, the government can print money out of thin air if they so desire.

Inflation and political will are the only constraints to government spending.

Good luck fighting the Fed. The central bank has also been running out of ammo since 2009: 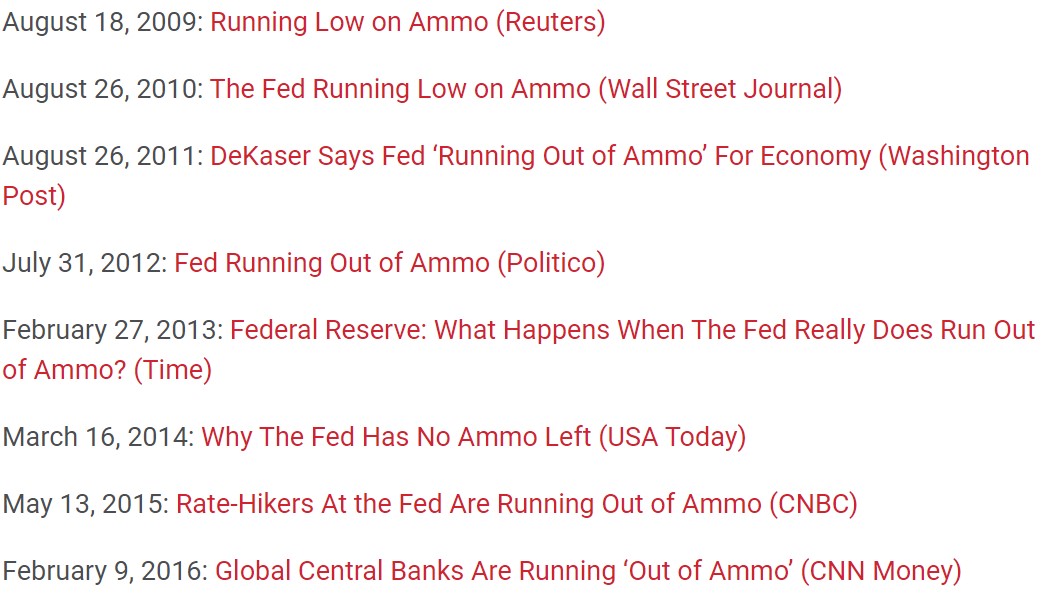 The Fed is far from perfect. They can’t predict the future of the economy better than anyone else and the moves they make don’t always make sense.

But a lot of distressed investors who were licking their chops when things got hairy in the early days of the pandemic were caught off-guard when the Fed singlehandedly fixed the credit markets. 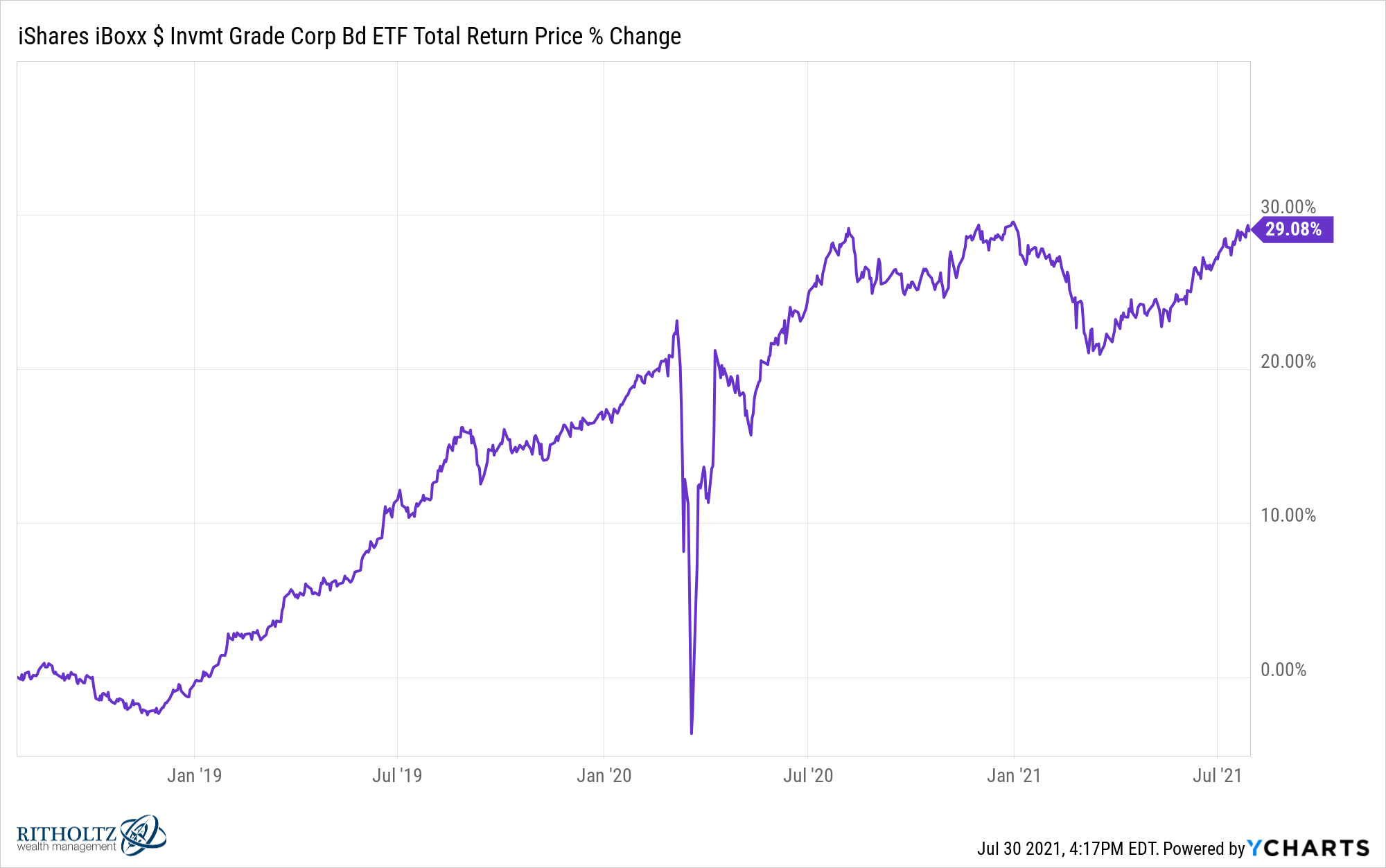 It’s going to be difficult for the Fed to remove their tentacles after all they’ve done but those expecting the central bank to be the reason the system collapses have been wrong for a number of years now.

Americans love to spend money. Yes, the government played a large role in helping keep many households afloat financially but people could have chosen to cut back on their spending.

Instead we just resumed spending money after a short breather. 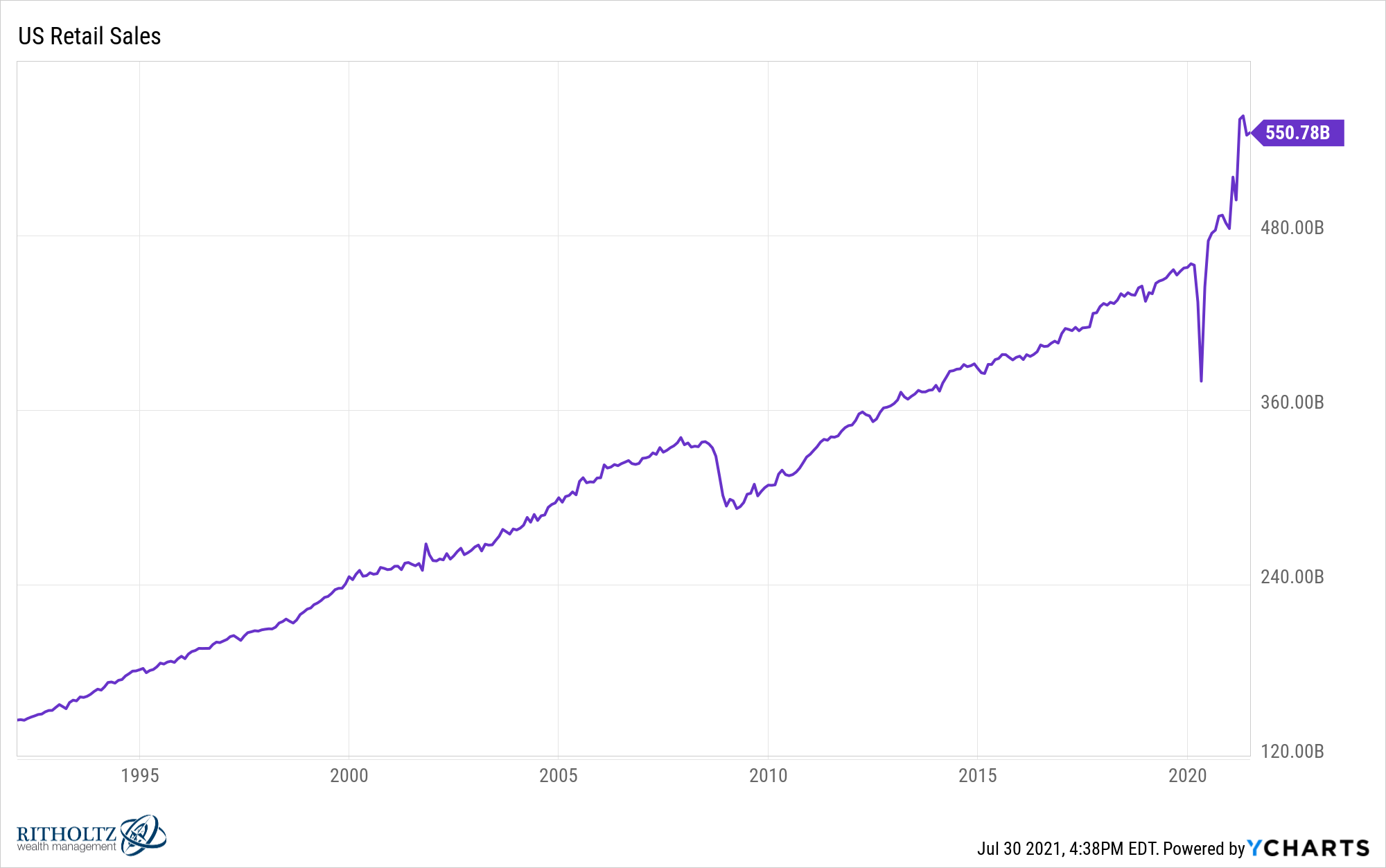 I actually have more faith in the U.S. consumer’s ability to spend money no matter the circumstances than I do in the U.S. government or the Fed coming through in a pinch.

Michael and I discussed the implications of this short recession and more on this week’s Animal Spirits video:

Further Reading:
The Most Counterintuitive Recession Ever

1Which coincidentally was also caused by a pandemic.