I have a theory about Guy Fieri that helps explain how popular culture works today and how that ties into investing in the age of the Internet.

When the Mayor of Flavortown first burst onto the food scene there was immediate blowback. When something becomes popular in today’s day and age there is always going to be backlash. A certain segment of the population loves being a contrarian to take the other side no matter what.

And Fieri was an easy target for derision. 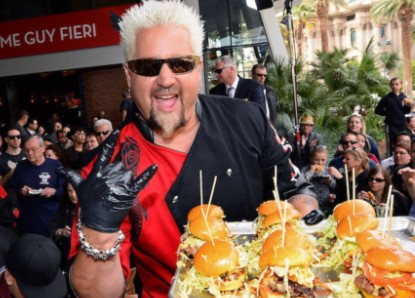 He’s loud. He’s got the bleached blonde hair. His clothes are over the top. And then there are the 1990s sunglasses.

Guy Fieri is the anti-hipster.

So he became a punching bag as the food network soared in popularity.

Fieri didn’t go away. It became obvious he loves what he does. At first many of the people who derided Mr. Flavortown came around to his antics but only in an ironic sort of way.

Yeah, I like him but only through the lens of unintentional comedy.

When this happens eventually the lines begin to blur from liking something ironically to actually liking it in a real way. Or at least convincing yourself you actually like it because other people thumb their noses at the thing you now say you like.1

This is how Guy Fieri went from popular food network host to a mockery to someone the hipsters liked in an ironic way to the most popular celebrity chef on the planet. Seriously. He just signed a new 3-year, $80 million contract that pays him more than many professional athletes.

ESPN’s Stephen A. Smith’s popularity followed a similar trajectory. He became popular, was too over-the-top for certain people’s taste but eventually wore everyone down and is now ESPN’s most important on-air talent. 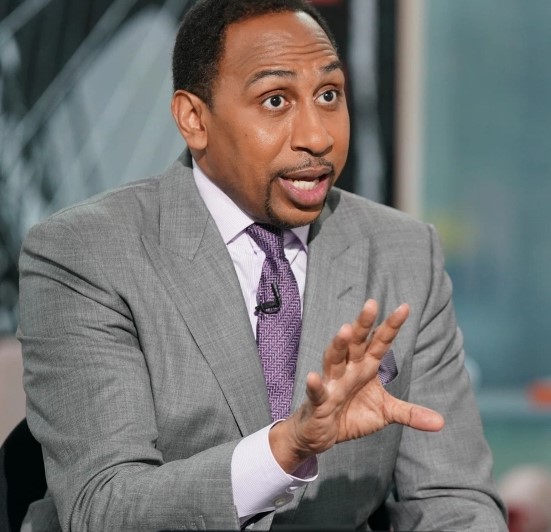 Fox broadcaster Joe Buck has gone from overrated and hated to underrated and loved a number of times throughout his career. 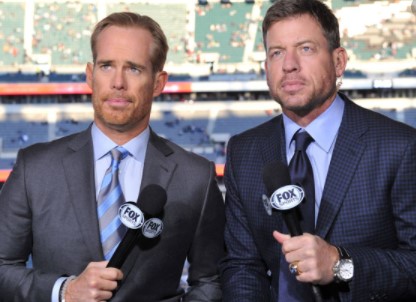 Wait, everyone hates Joe Buck now?! I actually think he’s not that bad.

In the Internet age, nothing is properly rated anymore. People don’t really know what they truly like or why they like it because our opinions are being shaped by a firehose of information, viral videos, new stories, influencers and social media posts.

And so it is in the era of meme stocks and animal crypto coins.

Gamestop started a revolution for like 3 days and almost took down a giant hedge fund in the process. Yet the chart looks like any of the historic bubbles of the past: 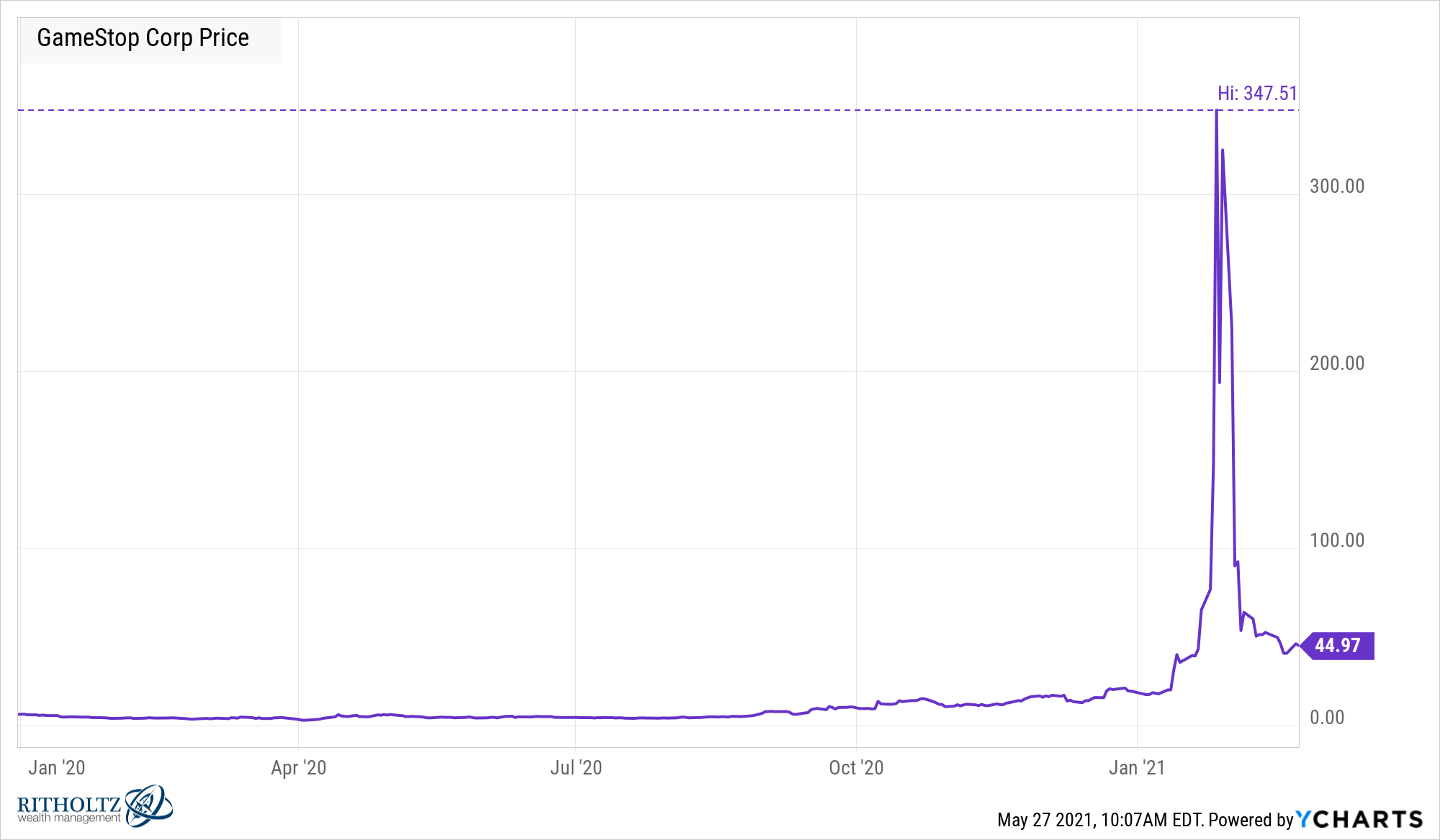 GME was trading for around $6 a share at the outset of 2020, ran up to nearly $350 a share in the meme stock madness and then proceeded to crash almost 90%.

The boom and bust path for Gamestop was nothing new but this certainly is: 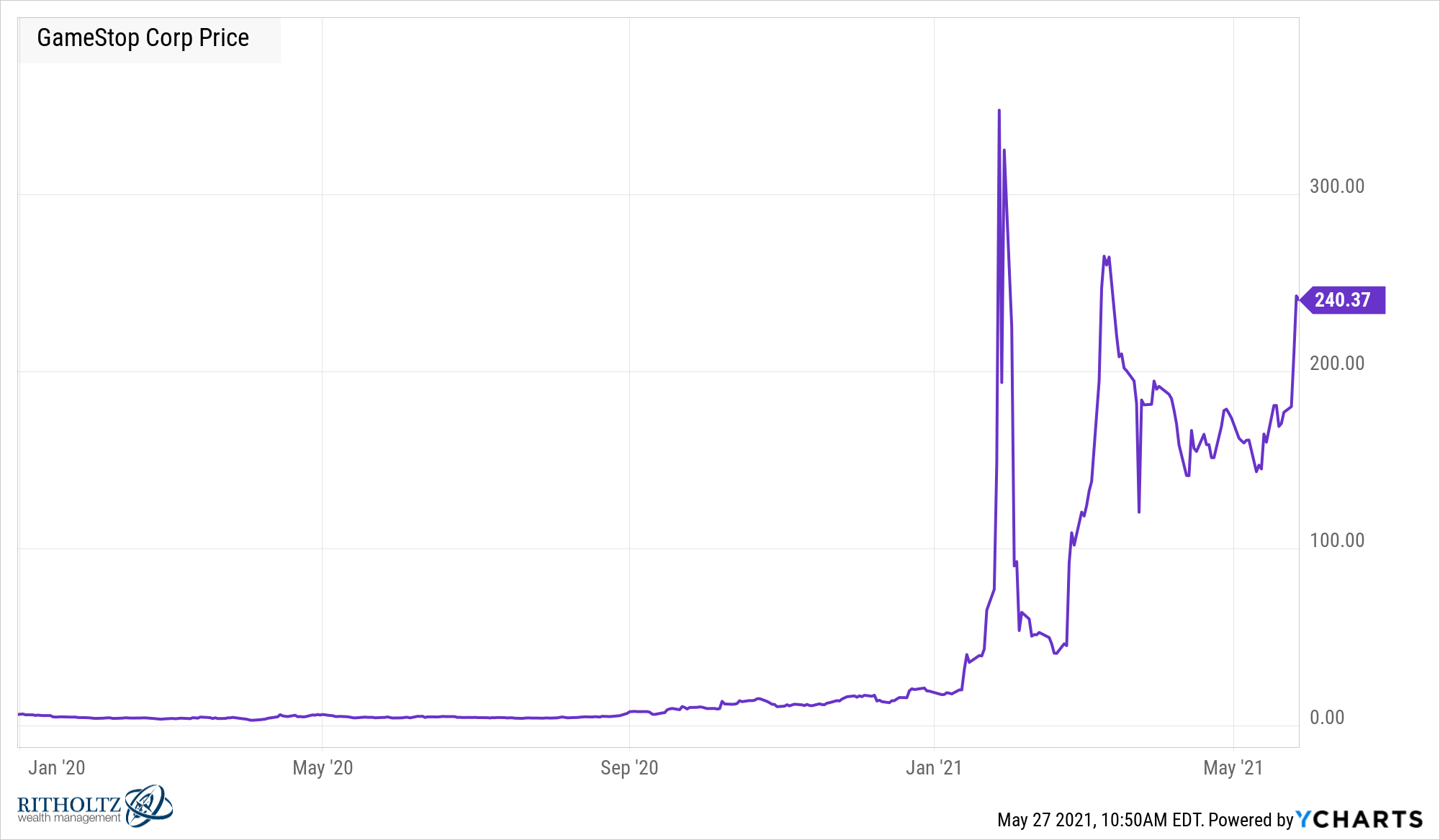 Much like every character that dies in a Marvel superhero movie, Gamestop keeps coming back from the dead. After dropping 89%, it rose more than 500%. The stock then fell another 55% only to double from those levels in recent weeks. It remains up well over 1000% in 2021.

This isn’t supposed to happen.

Bubbles burst and then those investments remain dormant for years and years as something of an investment Scarlet letter to remind investors of their past mistakes.

Bitcoin was in a massive bubble in 2017 and came crashing back down to earth just like everyone predicted: 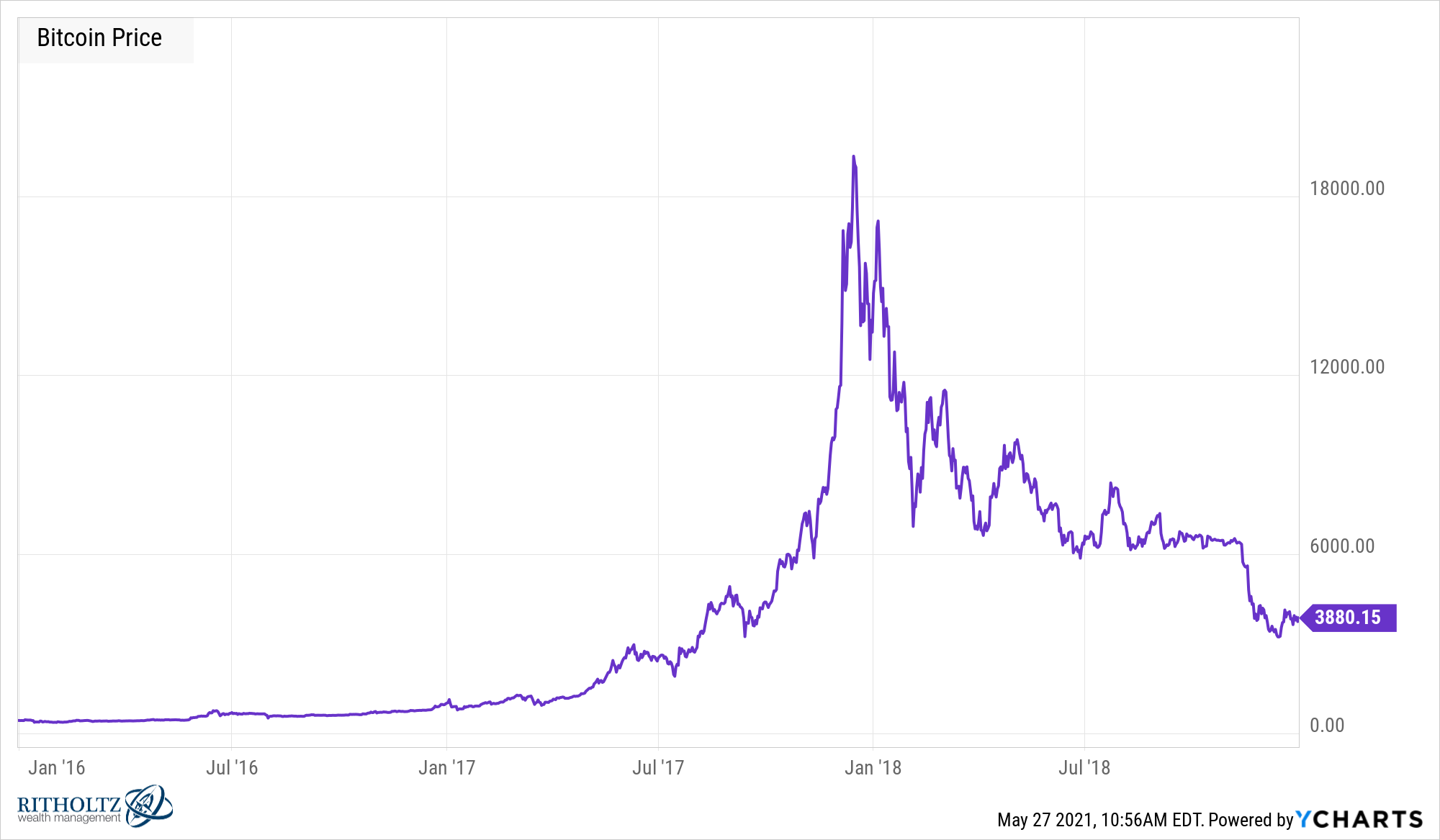 See all of the tulip mania people were right…right?

Even after falling more than 80% from the highs bitcoin was right back at it just a few short years later, making the 2017 peak look quaint by comparison: 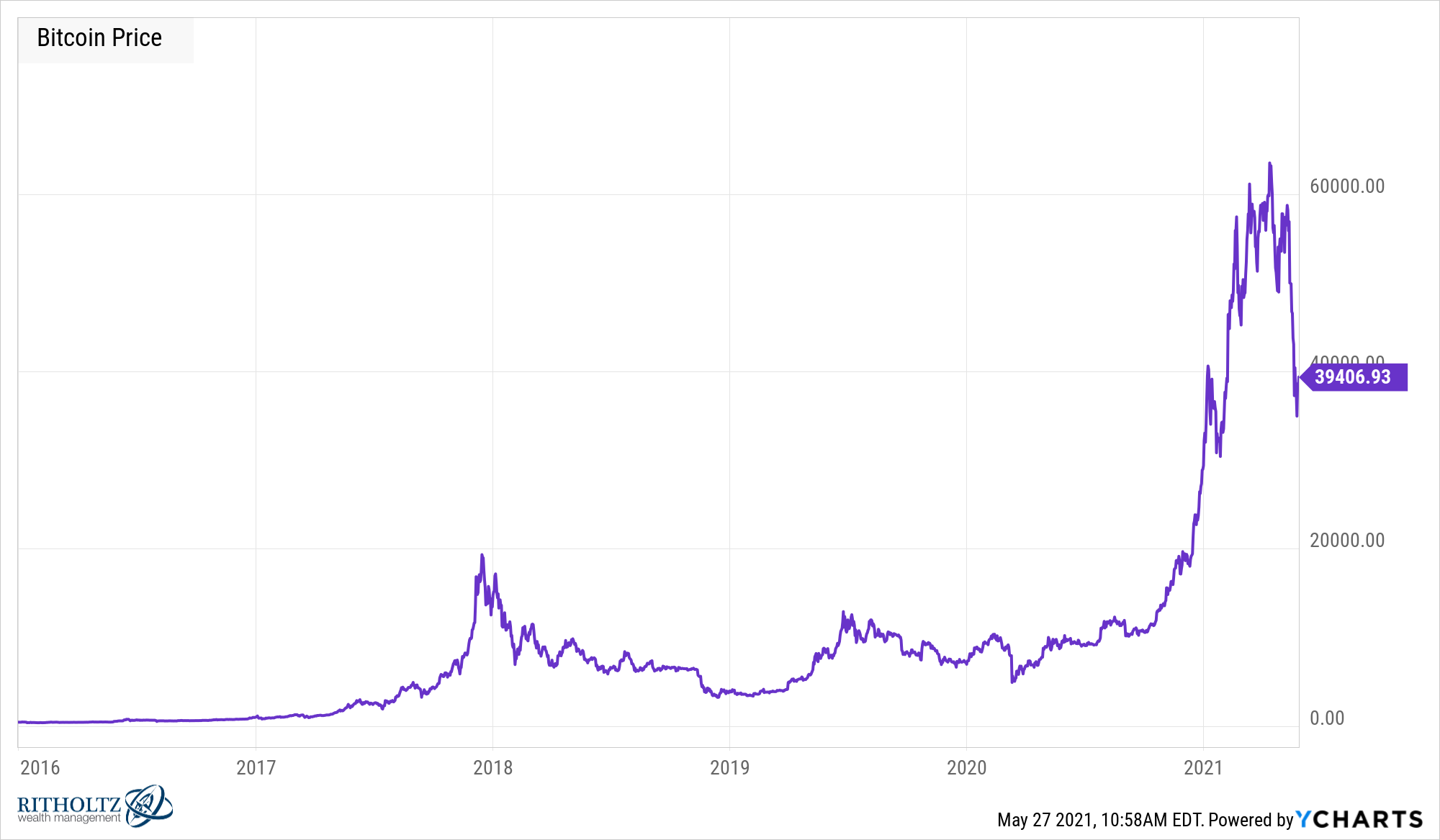 Crypto is crashing again and the same people are calling it tulips all over again. Obviously, they haven’t learned their lesson yet.

Dogecoin is the perfect candidate for my Guy Fieri theory.

Do people actually believe in this joke cryptocurrency? Or maybe they were all in on the joke at the beginning but have now pledged their allegiance? Does it even matter?

The problem is our brains were not built for the Internet. We’re not hardwired to deal with the constant stream of thoughts, opinions, pictures and news stories. Weird things are going to happen because of it.

If you’re an Ivy League-educated hedge fund manager with a CFA who has been performing discounted cash flow analysis your entire career you’ve probably been beating your head against a wall every day for the past few years.

This makes no sense! Why are investors so irrational?! This is the mother of all bubbles, just wait.

I understand the consternation but if you think markets are just going to go back to the way they were you haven’t been paying attention.

Weird markets are the new normal.

Further Reading:
The Stephen A. Smith’s of Personal Finance

1This is the only explanation for the success of the John Wick and Fast & Furious movie franchises. They were so over the top that many people liked them in an ironic sort of way that eventually morphed into actually liking them (and I totally get why this is the case).