The Russell 2000 Index of small cap stocks is currently on pace for its best month ever.

As of Tuesday afternoon, it’s now up more than 20% for the month of November. 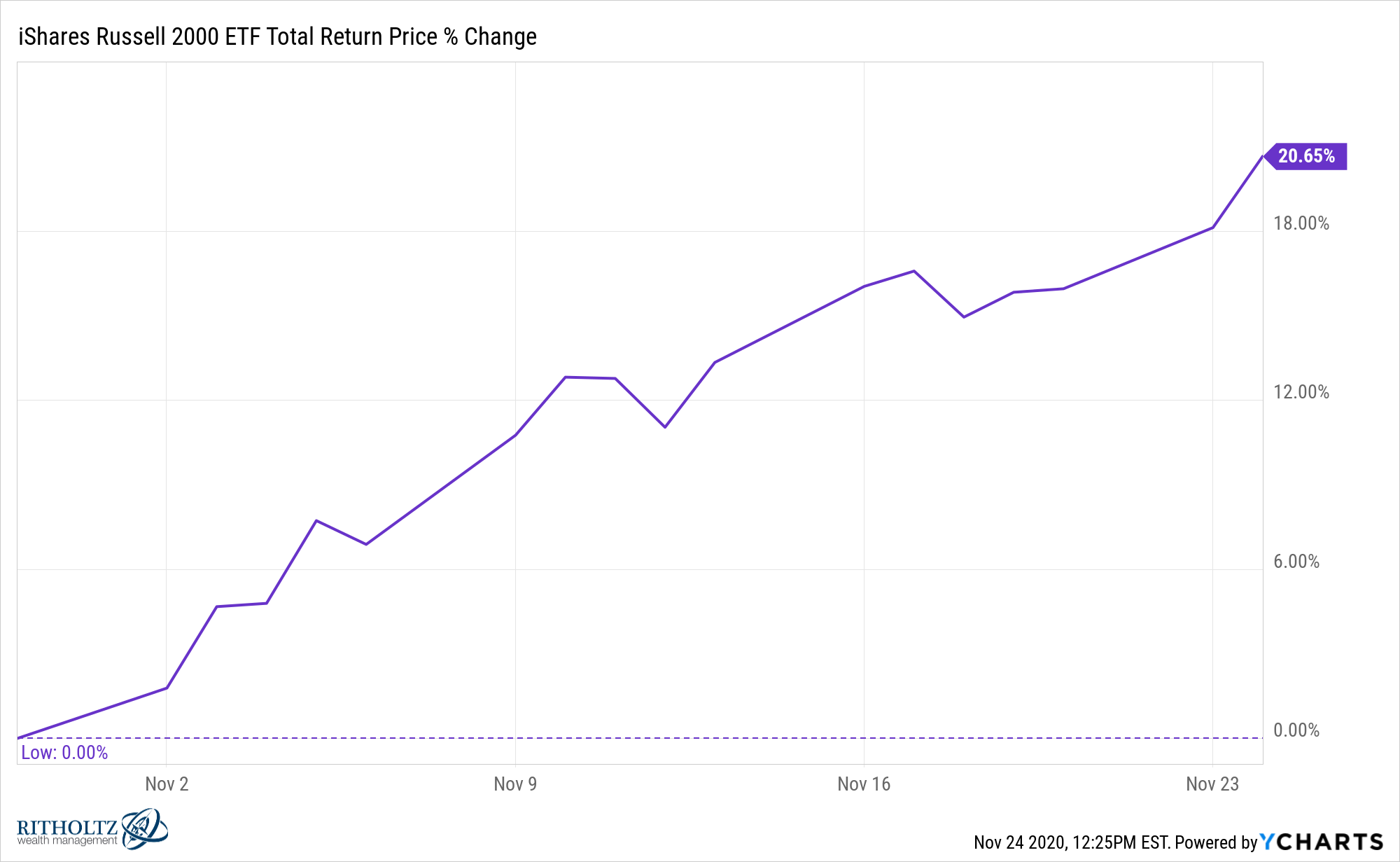 The best month ever was in February of 2000 when it rose 16.5%. The ensuing returns following that huge gain weren’t great. Over the next year, the Russell was down nearly 17%. Over the following three years small caps fell 35% in the aftermath of the dot-com bubble deflating, the 2001 recession and 9/11.

I looked at every double-digit return month for the Russell 2000 going back to 1979 and then calculated the total returns for the ensuing 1, 3 and 5 year periods to see how they performed after those wonderful months: 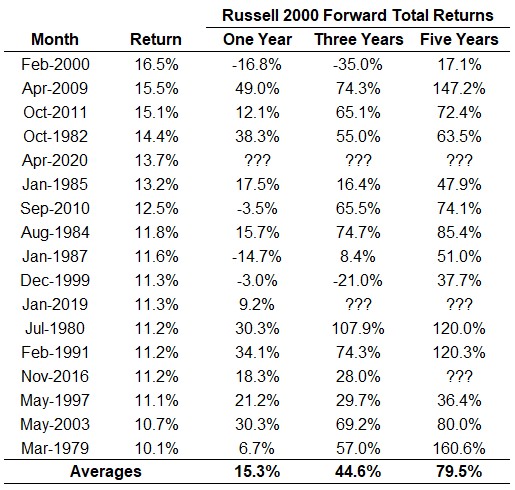 Returns were higher in 12 out of 16 one year periods following a double-digit return with an average return of more than 15%. Three-year returns were positive 13 out of 15 years while there has never been a negative return five years after such a large monthly gain. The average total returns over three and five years were 45% and 80%, respectively.

So the worst-case scenario was a brutal bear market following a melt-up while the averages show fairly strong returns the majority of the time.

There will always be performance chasers who jump on the momentum bandwagon when they see a move like this but there are also those investors who always assume they missed the boat when these types of large spikes occur.

It’s perfectly normal for stocks to continue going up even after they experience a huge jump in price. It’s not guaranteed but you’re also not guaranteed to see a nasty crash just because stocks show large gains in the short-term.

It’s also worth pointing out that we can put to bed the narrative that it’s only a handful of stocks propping up the U.S. stock market this year.

Now look at how close the returns are: 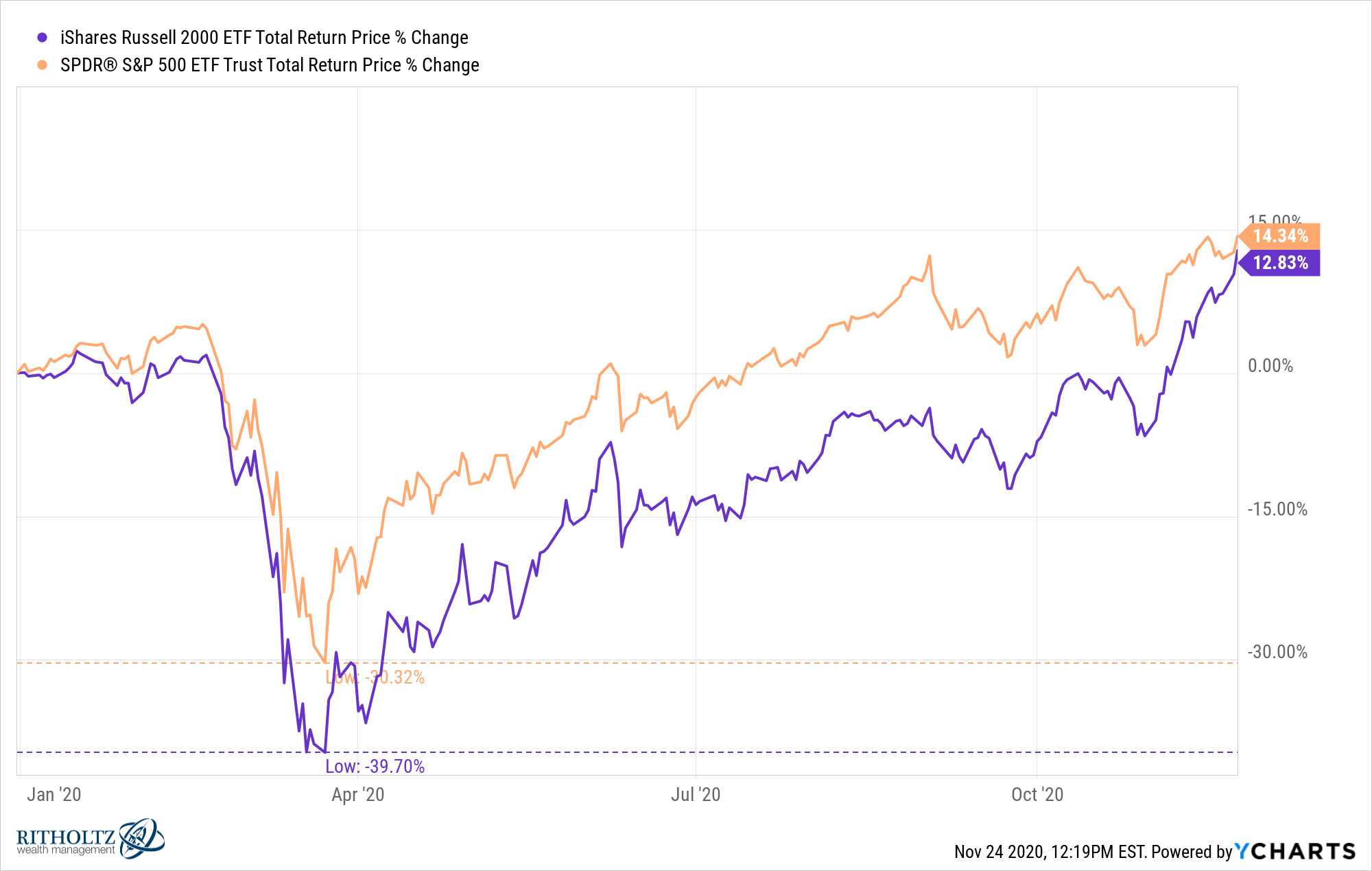 Nothing is promised from here but the stock market seems to be going through a sea change at the moment.