Of all the strange things that have occurred in the markets this year, it feels like the price of oil going to negative $37/barrel is one of the strangest. 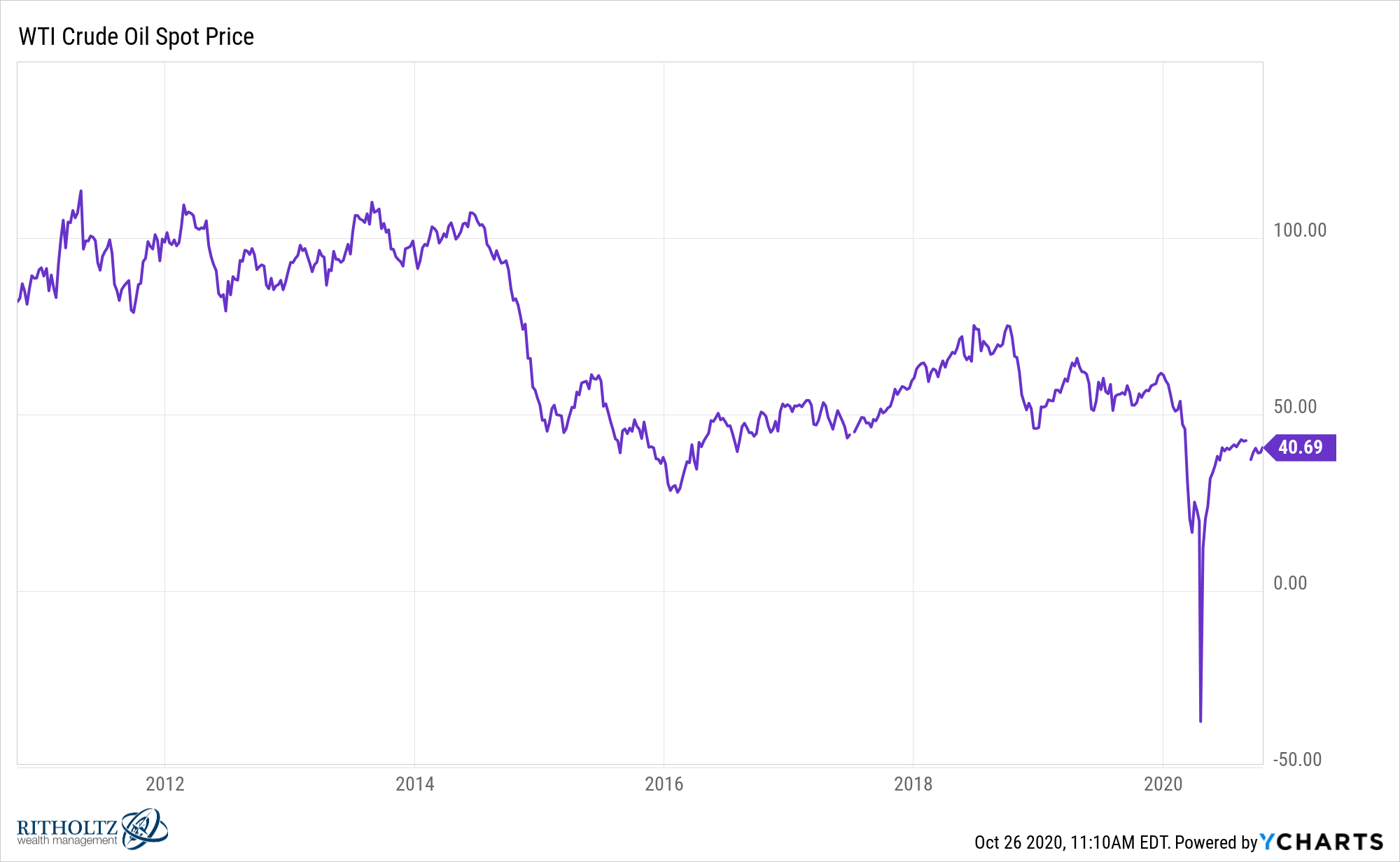 The most surprising aspect of this price move is the fact that there were no apparent spillover effects into other areas of the economy or markets. Things more or less moved on unabated.

To be fair, this was a weird dynamic. No one wanted to take delivery of oil when it wasn’t being used because demand fell off a cliff from the pandemic. I know these were extenuating circumstances but isn’t it odd that one of the most important commodities on the planet saw its price go negative during the midst of a pandemic-induced recession and there really weren’t any huge macro ramifications?

I have to ask — what if the price of oil doesn’t matter to the markets anymore? 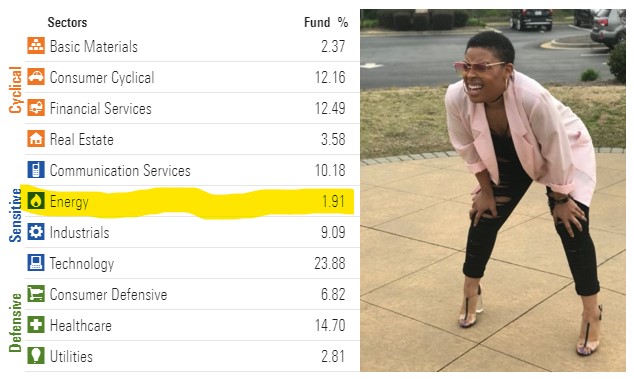 For the total world stock market it’s now less than 3% so this isn’t just a U.S. phenomenon.

This is cherry-picking but the energy sector has a negative total return going back to 2005: 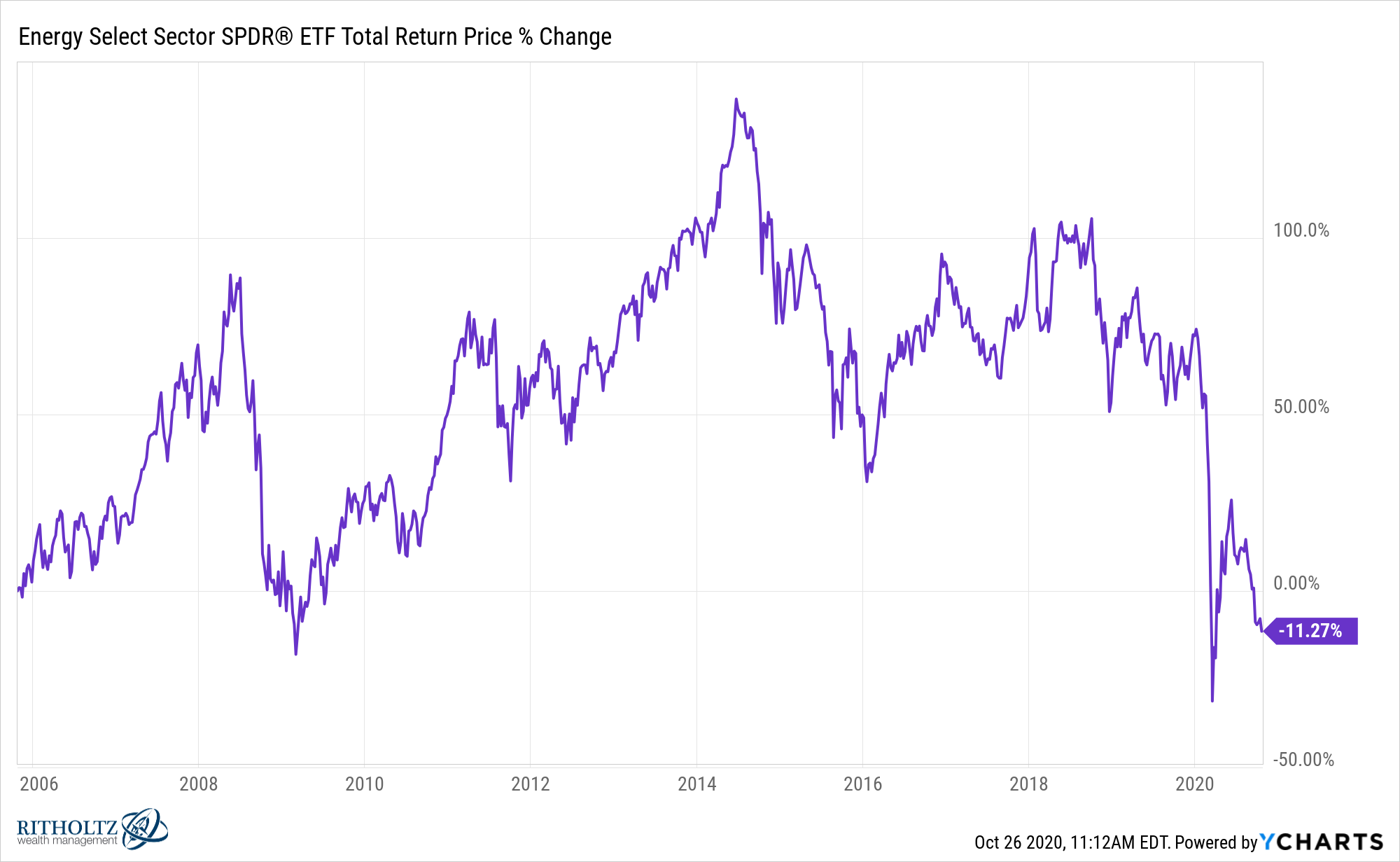 That’s a lost decade and a half even after a strong run-up in prices during the first half of the 2010s.

Meanwhile Tesla is up 400% this year and solar stocks are going nuts: 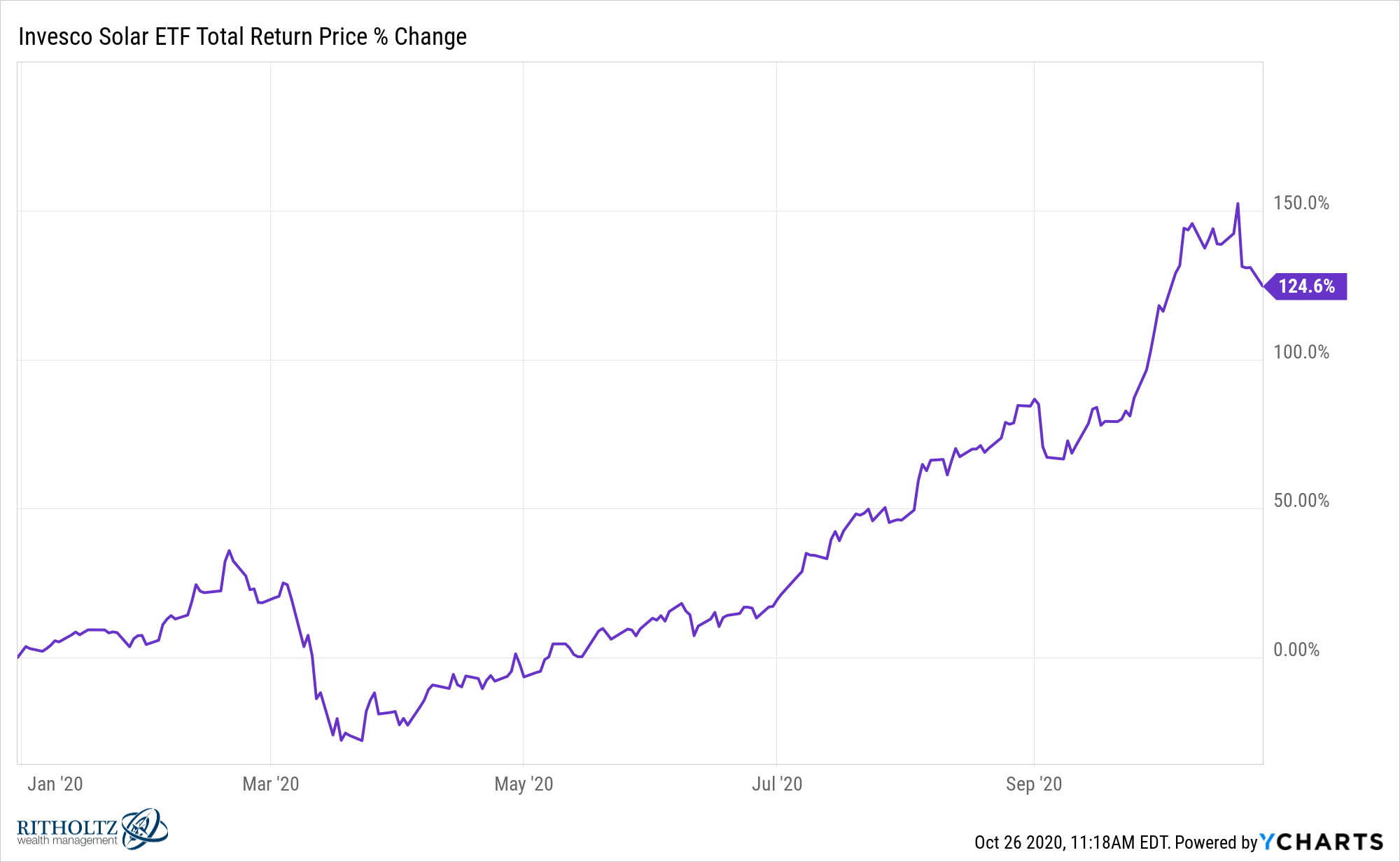 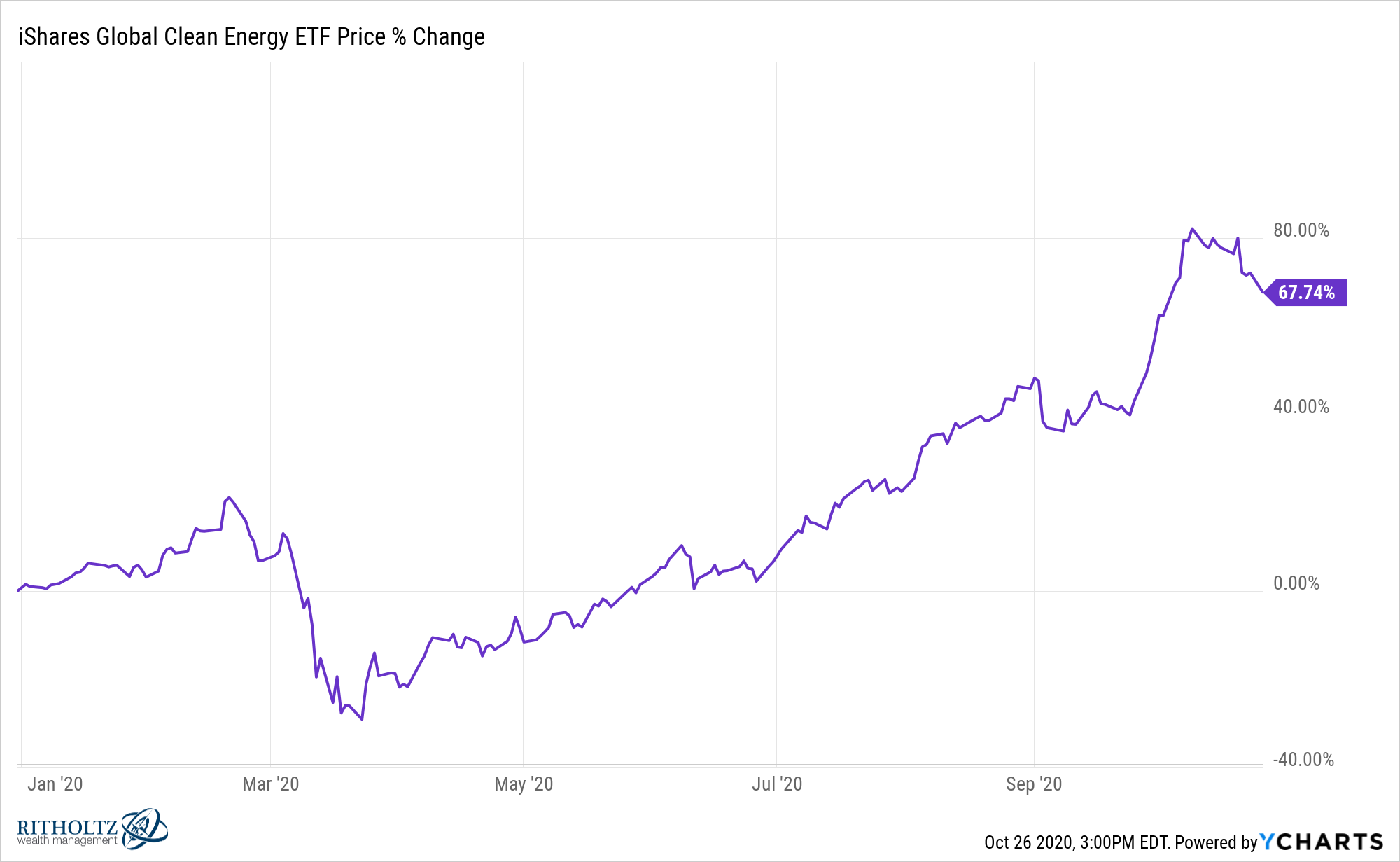 Maybe I’m overreacting but is it possible the market is telling us the price of oil isn’t going to matter as much going forward? Hasn’t that been priced in at this point?

The counterargument here is oil is not going away anytime soon because it still acts as an input for a wide variety of industries and use cases. A price spike would send gasoline prices higher but I’m not sure how badly that would really harm the economy or markets at this point.

This could simply be a byproduct of a terrible decade for commodity prices in general and a weakening of demand during a pandemic which saw people rein in their amount of driving and flying.

But it’s at least worth considering the idea that oil no longer deserves a seat at the table in terms of useful macroeconomic and market indicators.

Further Reading:
The Collapse of the Energy Sector