These historical probabilities can be helpful to understand that the stock market rises most of the time but not all the time. The fact that the market has risen roughly 3 out of every 4 years, on average, is nice to have in the back of your mind when investing for the long-term but “on average” can be misleading in the markets.

It seems almost impossible given the state of the world right now but the S&P 500 is now up close to 8% on the year as of this writing.

The year is far from over and considering we’ve already had the equivalent of 3 different market cycles over the past 8 months anything is possible from here on out. 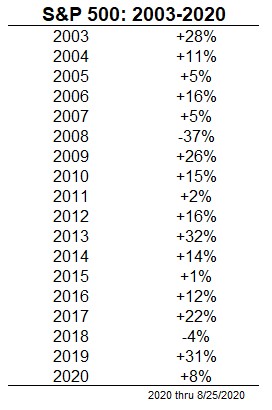 Even with 2008 and this year’s turmoil, this is an unbelievable run.

Obviously, it hasn’t always been easy: 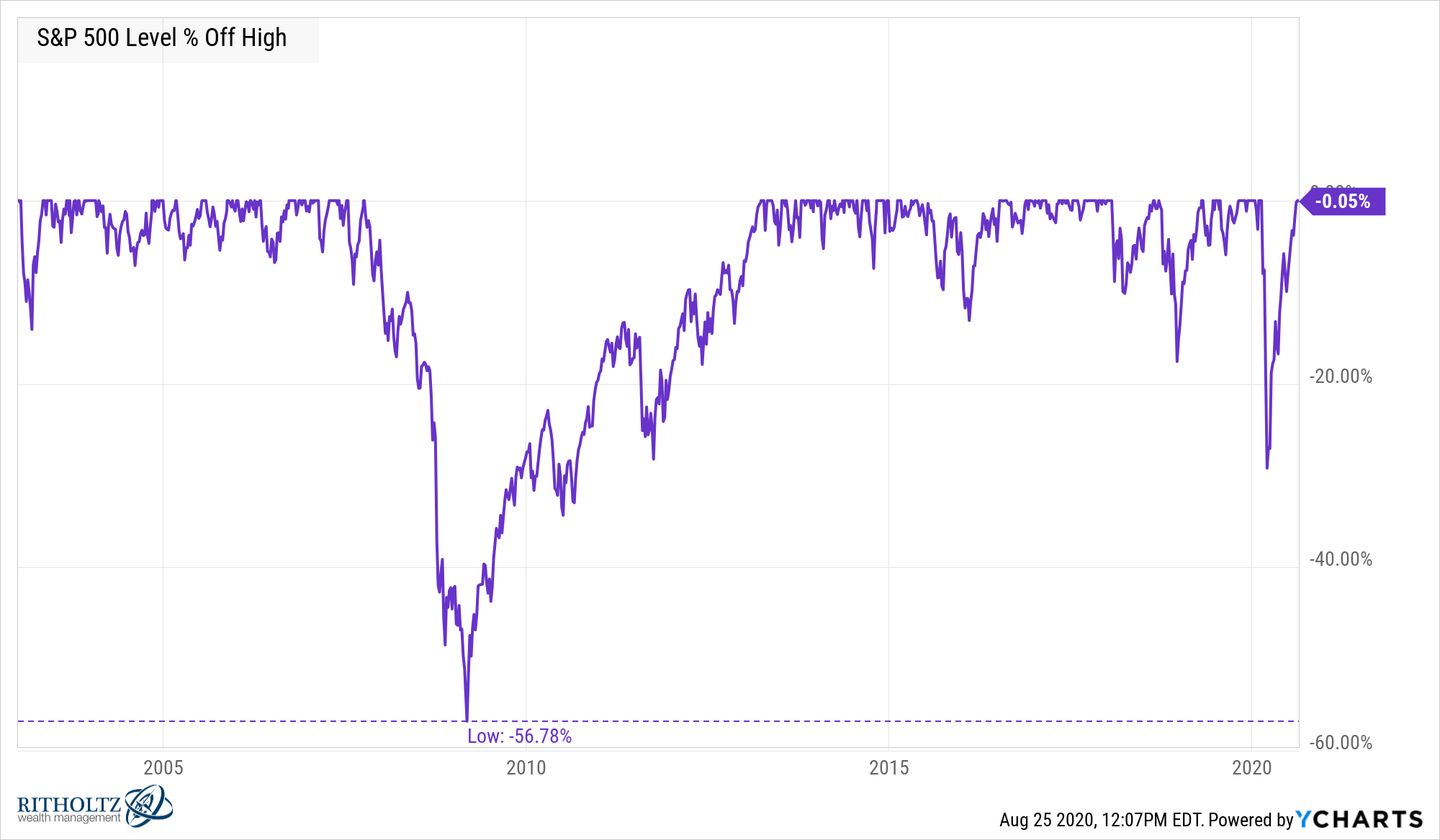 There is nothing special about calendar years other than the fact that it’s the amount of time it takes our planet to revolve around a huge ball of fire that’s 93 million miles away. Still, most people who don’t follow the market closely would be shocked by these numbers.

This may be the second most impressive run in the past 100 years or so given its longevity. The crown still belongs to the 1982-1999 time frame which saw the S&P higher in 17 out of 18 years with the only down year a loss of 3% in 1990. And the drawdowns were far more muted in that period: 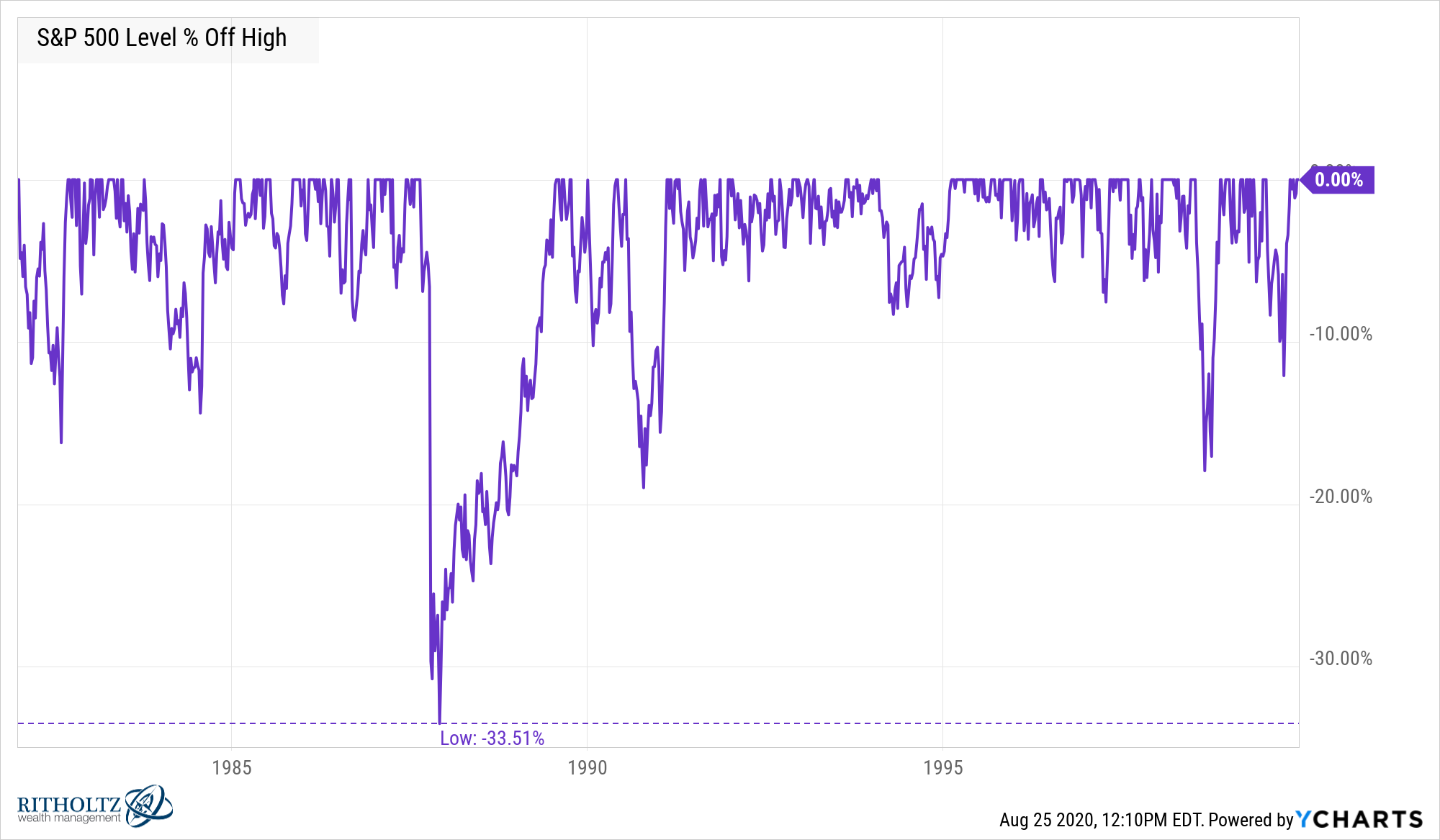 Never say never but it’s hard to see that run of returns ever duplicated.

I’m not saying we’re overdue for a prolonged period of losses in the years ahead. The stock market does not run on a schedule.

But it is streaky.

The good periods can last longer than most investors can possibly imagine but the hangovers can be severe on the other side of it. No one experiences the market “on average” because long-term averages obscure the fact that the range of results in any given cycle varies widely.

Risk and return in the stock market are not evenly distributed.