I like to throw them against the wall and see what sticks. 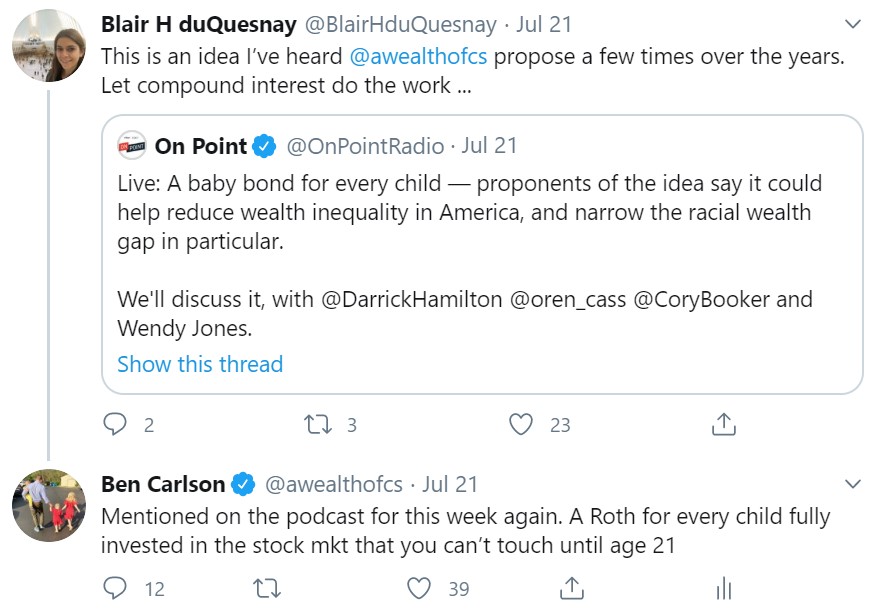 Let’s say the government put $5,000 into a Roth IRA invested exclusively in the U.S. stock market for every American at birth that they couldn’t touch until age 21.

Expensive? Yes, but just go with it. 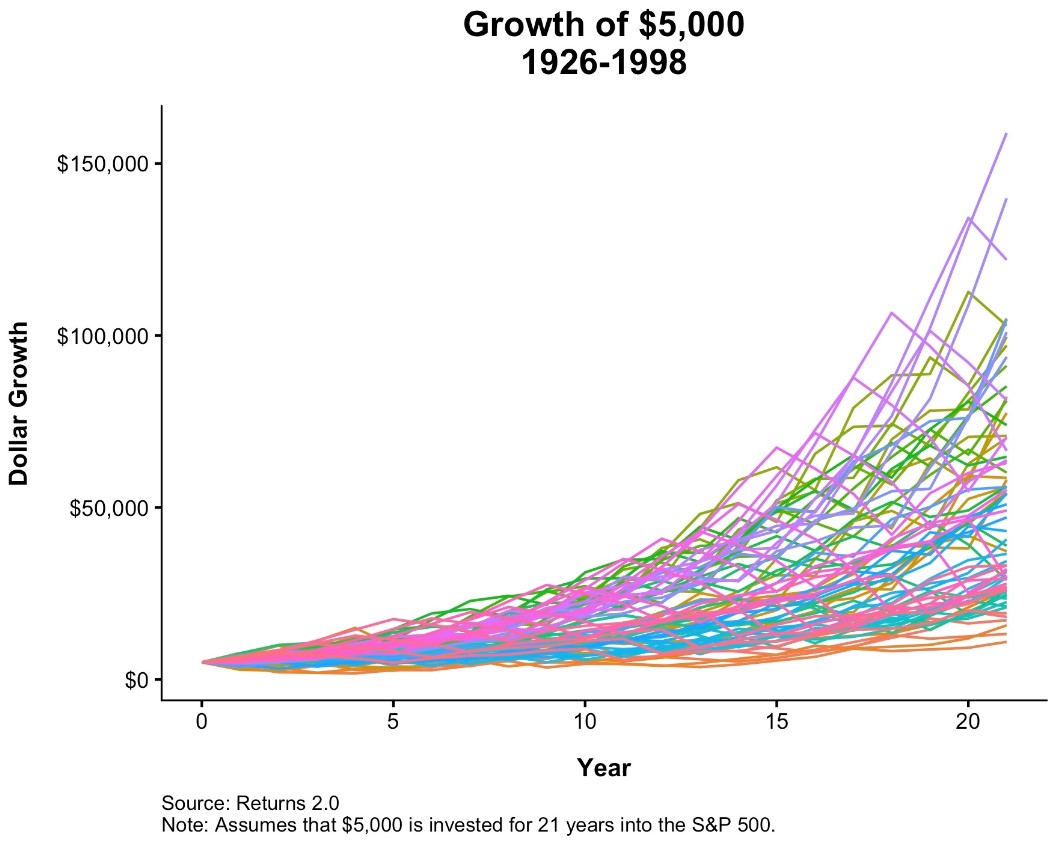 The range of outcomes is wide here (from around $11k at the low end to nearly $160k at the high end) but the median is more than $47k while the average value is north of $52k.

So the worst-case historically is more than doubling your money while the median/average has seen a 10-fold increase over two decades and change.1

I’m not suggesting the stock market is going to offer similar returns going forward nor do I honestly think the government is going to hand everyone a Vanguard index fund at birth. This is a pie-in-the-sky idea.

But a lot of people are angry at the stock market right now as it continues to charge higher in the face of excruciating economic pain elsewhere.

Instead of getting angry at stocks we should be doing our best to make sure more people are able to take part in the profits, cash flows and innovation produced by corporations.

The stock market doesn’t care how unfair people think it is so we might as well figure out a way to help more people benefit from its growth.

Maybe a more realistic idea would be if the government allowed Roth IRAs to be opened on behalf of your children. Just imagine adding $50 or $100 a month in your child’s name to give them a tax-free financial cushion later in life. Maybe the government could provide a match like a 401k.

Is this life-changing money? To someone on their 21st birthday it can be.

Michael and I discussed this idea of getting more people involved in the stock market and more on this week’s podcast: